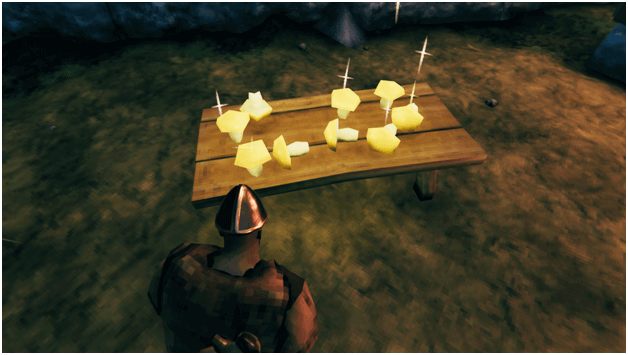 One of the stranger food items that you may find is the Yellow Mushroom, also known as the Glowing Mushroom by other players.

This is a food item that can be consumed to provide you with a 20 health and stamina bonus, making it quite an acceptable food item for early game.

Although they seem to be pretty basic, these are not just found anywhere, and you will need to venture into deeper and darker places to find them.

How to Farm Yellow Mushroom? 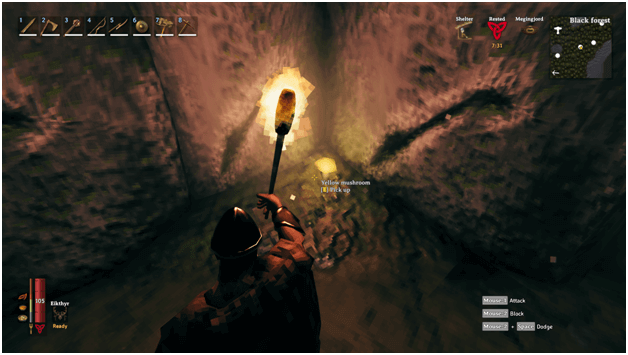 You can farm Yellow Mushrooms by heading to the Black Forest’s dungeons (Burial Chambers or Troll Cave) and the Swamp biome (Sunken Crypt), where you can find plenty of them inside.

You will often notice Yellow Mushrooms right away as they light up some of the dungeons’ areas but be warned, picking up one will also mean you are removing a light source, and it may be dark.

Unlike most of the items you will find in dungeons, Yellow Mushrooms will always be available when you return, even after looting the whole place.

Yellow Mushrooms will respawn 240 minutes after picking up and cannot be planted for farming.

A good trick is to mark the dungeon’s location you find Yellow Mushrooms in and come back every once in a while to get more when you need them.

During your early game, you can grab many mushrooms to use to combine other food items for a healthy and stamina buff.

Yellow Mushrooms will provide 20 health and 20 stamina, which goes well with most food when you first start out.

You will want to save these later on though you want to create extra stamina restoring meads later on.

It is possible to mount Yellow Mushrooms on Item Stands to provide a small amount of infinite light. 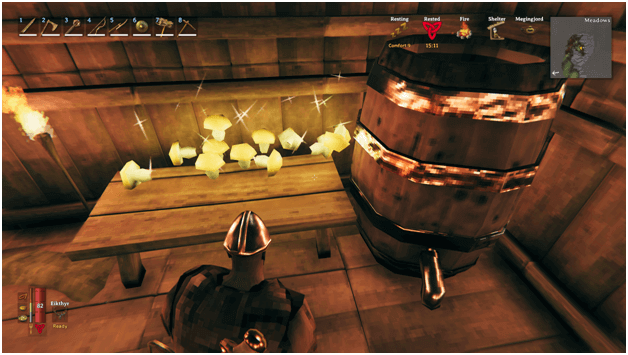 Yellow Mushrooms can be stacked up to 50 pieces per slot, making it easy to carry extra amounts of them along with you when exploring.

You should take the time to store these for later on as the stamina restoring meads that you can craft will be very useful at certain times in the game.

These provide a fair amount of light and can be used as decorations in your home to avoid the need to refill your standing torches and other light sources.

Yellow Mushrooms are one of the most balanced early game food buffs you can find and goes well with Cooked Meat and Grilled Neck Tail during your early stages in Valheim.