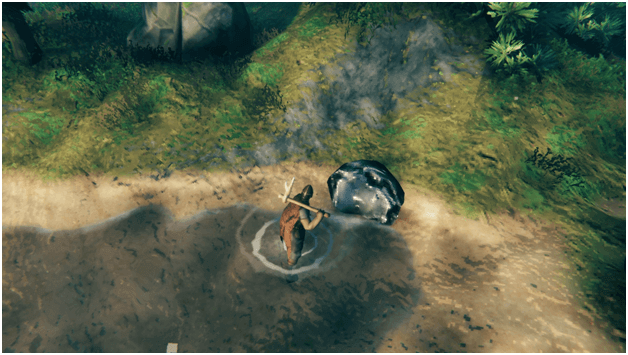 In order to progress to crafting Bronze items, you will need to first gather Tin and Copper which are used to create Bronze.

Tin is not easily found when you first start unless you head to the Black Forest early when you start the game.

You will also need to progress a bit into the game and find a pickaxe that you will use to destroy Tin deposits.

Once you get your hand on some Tin ores, you will be able to craft Tin bar to craft the other items that you need later on in the game.

Where to Farm Tin?

The ore location or deposit can usually be found once you head over to the Black Forest but you won’t find any in the forest itself amongst the trees, instead, you will find it near the water.

When we say water, we do mean either alongside the shore or along rivers going inland, so your best bet to finding Tin is to travel along with the parts where there is water.

Sometimes you may find Tin near the Swamp biome but this is probably because it is connected to the Black Forest.

How to Farm Tin? 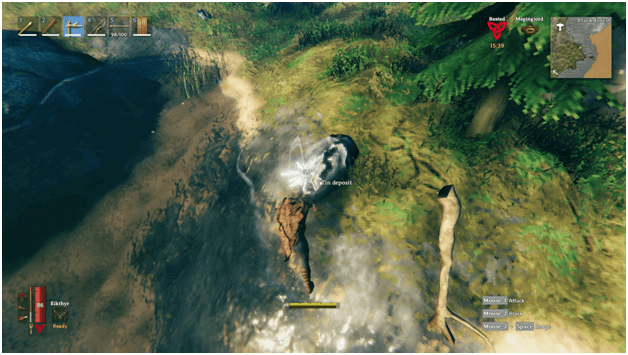 For you to farm Tin, you will first need to grab your hands on a pickaxe or in this case, craft one which can be done after defeating the first boss, Eikthyr.

Eikthyr will drop Hard Antlers which can be used to craft your first pickaxe, the Antler Pickaxe which will allow you to farm Copper and Tin deposits when you find them.

Once you find Tin ore deposits and have a pickaxe to use, you can start mining any low-tier metal deposits, eventually providing you with the resources to head into the Bronze tier.

Whenever you use a pickaxe to destroy something, experience will be gained for your Pickaxe Skill, provided there is damage done, including 0 damage if possible.

The higher your Pickaxe skill level, the easier it will be for you to destroy a Tin vein, thus allowing you to farm it easier later on. 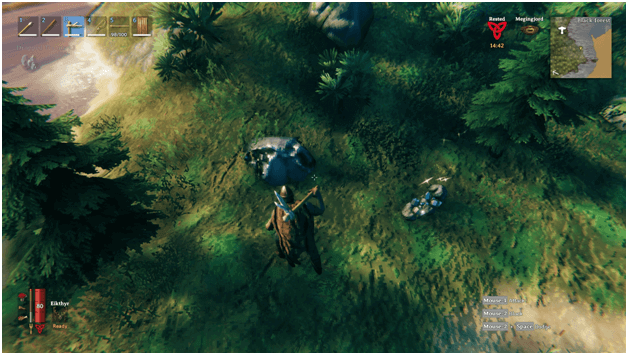 In Valheim, you will need a lot of Tin from time to time when it comes to building as well as crafting the things that you need.

You will also need a lot of Tin when it comes to smelting because you need Coal which can be created by placing Tin into a Charcoal Kiln.

The more Tin you have in stock, the more prepared you will be when you progress further into the events of Valheim.

Bronze is a Tin Copper combination that you craft later on at the forge but there are some Tin recipes that you can craft aside from Bronze.

There is no Tin respawn and you will have to venture out further to get more of it if you have cleared out most at the nearest Black Forest biome.