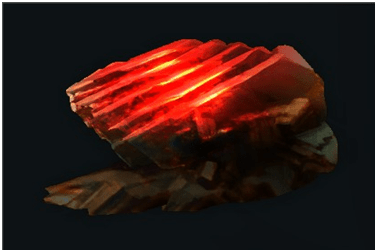 This unique metal that has only been found within asteroids and deep space rocks is valuable and used for some of the costliest equipment and items.

This resource is one of the hardest to get due to it not being on the lists of a planet’s resources, which makes players wonder where to get Tellurium when they need it.

Tellurium is used to craft Warframes, Archwing parts, Weapons and more and is considered to be important as players progress through the game.

Where to farm Tellurium?

Tellurium drops are possible in Archwing missions and Grineer Sea Lab maps which has been proven but at times it has seemed like they rarely drop.

Uranus is a great choice as it has Grineer Sea Lab tilesets in, especially the popular Ophelia mission which allows you to farm several needed resources.

It is possible to obtain Tellurium from Fortuna bounties as one of the rewards from the different reward tables available.

Using the Spare Parts mod that equips into sentinels, players may obtain Tellurium when the effects of the mod occur. 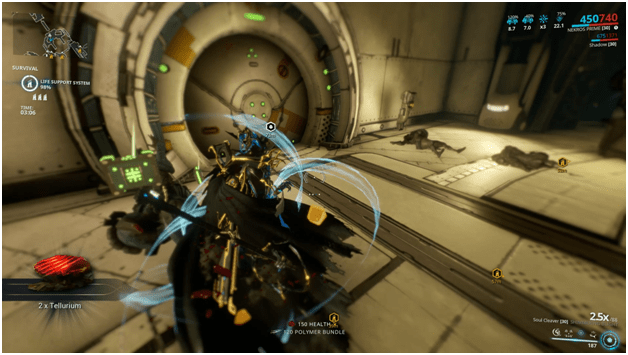 Ophelia appears to be the best place to farm Tellurium which does not require you to go on an Archwing mission or use a sentinel with any special mods.

Not only will you have a chance at Tellurium drops, you also get other resources that you will need later when farming Tellurium in Ophelia.

Easy Tellurium farming can be achieved if you have a good squad to farm with, mostly consisting of at least one Nekros and another Warframe that can force loot out of enemies. 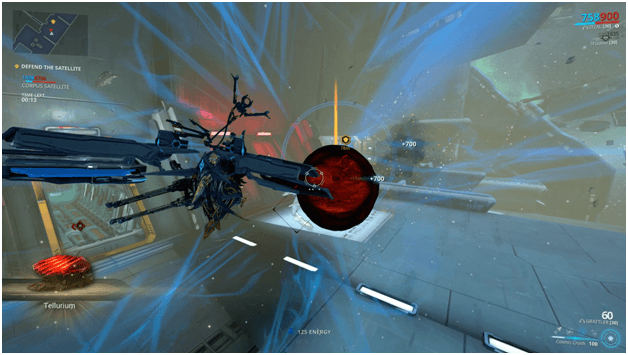 Tellurium can drop in Archwing missions by a small chance when killing enemies, one of the best places to farm Tellurium is on Salacia.

Salacia is an Archwing mobile defense mission and is considered to be one of the best places to farm Tellurium since a lot of enemies can be spawned by killing one after the other.

The enemies in Salacia are not that hard to kill and if you are well equipped then you can kill enemies faster, resulting in a higher chance for Tellurium drops.

One of the easiest ways is to use Itzal since it can use its Cosmic Crush ability to pull enemies in and damage them, dispatching the enemies and continuously pulling items towards you.

Doing a public mission or bringing a team with you will increase the chance to get Tellurium since more enemies will spawn during the mission based on how many players are present. 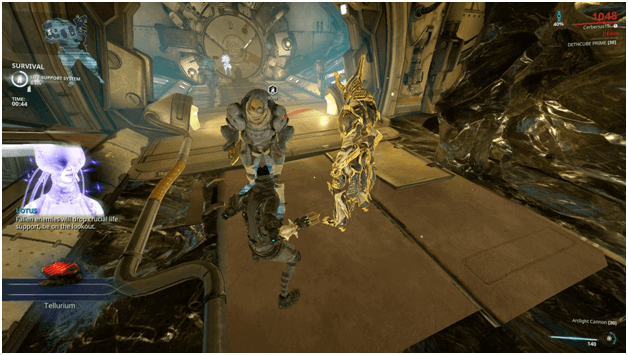 There is a mod that can be equipped into sentinels called Spare Parts, which causes the sentinel to drop a random resource upon death, including Tellurium.

To farm Tellurium using this method, simply equip a sentinel and remove its modes except for the Spare Parts mods so it can easily be destroyed.

Head into a Grineer Sealab tileset mission (preferably in Uranus and one you can extract from later after a few minutes) and either crouch or go into void mode so that the enemies will target your sentinel.

Once your sentinel has been destroyed, collect the resource or Tellurium and allow your Warframe to be killed and revived.

Repeat this until you get enough Tellurium but be cautious as you may forget to check how many revives you have left and will eventually lose everything if you run out of revives.

This may take a few tries as the Spare Parts mod drops random resources such as Control Modules, Argons Crystals and more but eventually Tellurium drops occur.

Tellurium is claimed to be one of the most annoying resources to farm as it seems to never drop but with a bit of patience, the above-mentioned ways are good Tellurium farming methods.

Using the Spare Parts method may be the best way to farm Tellurium as it can be done in merely a few minutes and has a good chance to drop Tellurium.

When farming Tellurium on Ophelia, it is best to go in a group and camp as you will need teamwork to get all the enemies gathered together as well as Warframes that can force loot out for a better chance.

Tellurium will be required with a lot of equipment later on as you advance throughout the game, so it is important to farm in missions that drop it when you are farming other resources for later on.