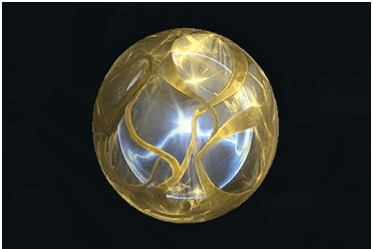 “Consumed in the fusion process to power up existing Mods”

This is a special type of resource used to upgrade Mods via fusion and comes in small quantities most of the time. 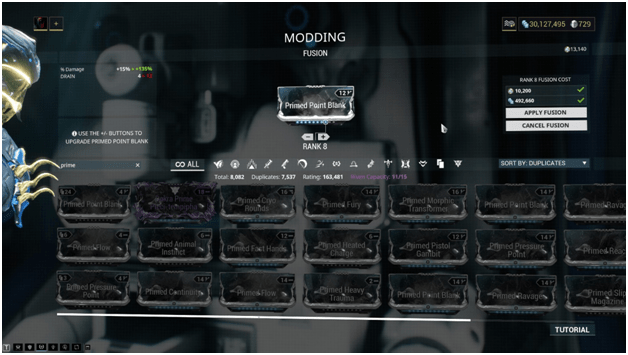 The more you upgrade your mods, the more Endo you will need and it is necessary to have an abundant amount of Endo to upgrade all the mods you need.

Endo is vital to having good and strong builds as you need maxed mods to make the most out of them.

Aside from being a reward from rotations on different missions there are a lot of other ways to farm Endo.

Knowing, how to farm Endo will be essential for later on, when you need to upgrade a large quantity of your mods.

How to farm Endo?

To farm Endo repeatedly you must follow certain steps to reach the mission that allows you to do so and this will take place on Sedna. 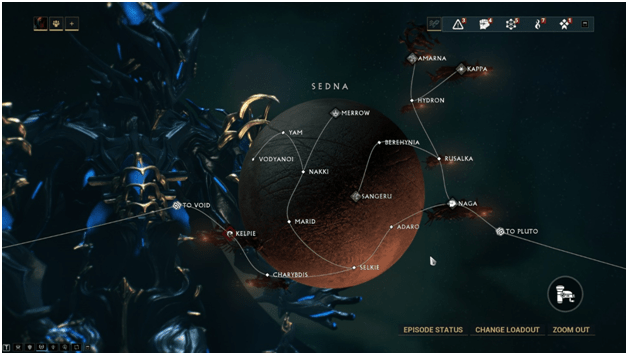 Sedna has three Arena missions which are Nakki, Yam and Vodyanoi.

These mission pit the player and their squad (if they are with a squad) against Grineer enemies as they battle in a gladiator type arena.

The first team to get 25 kills will be the winner and upon winning, the players will acquire Judgement Points.

Judgement Points are needed to progress to high level arenas and our aim is to farm Endo on Vodyanoi. 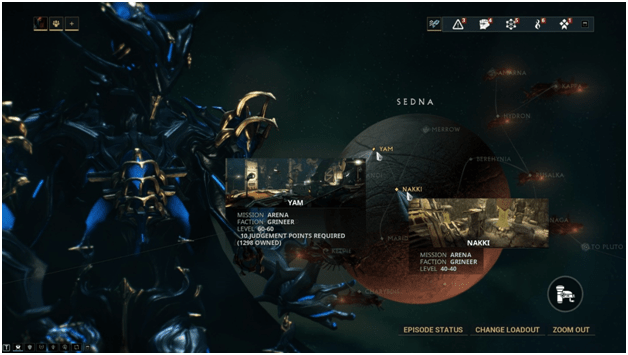 There are two arenas you can choose to do first before heading to Vodyanoi which are Nakki and Yam.

These two missions provide you with Judgement Points that you may later use in Vodyanoi. 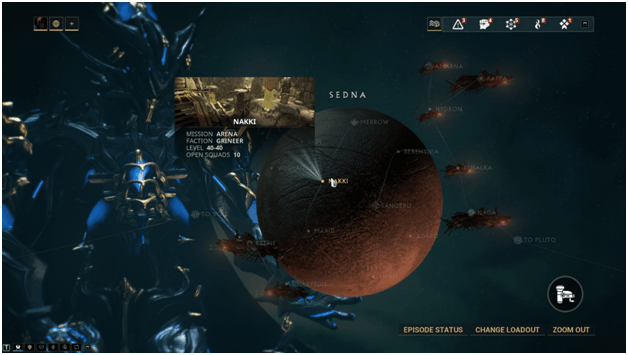 Nakki is the first arena mission and cost no Judgement Points to enter.

The enemies are set to level 40 which may prove hard for some of the newer players in Warframe.

This level can be soloed by players easily but going with a squad makes it faster as enemies will spawn in bigger numbers. 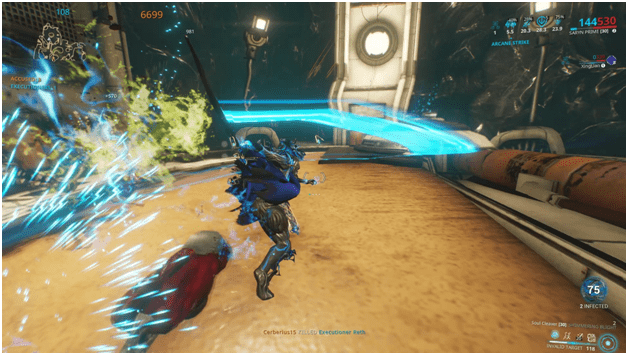 There are a lot of frames you can bring with you and most weapons will be able to easily kill the level 40 enemies in Nakki.

Since, the enemies are not high some ability reliant frames may also be used. However, take note that the energy drops around might not be sufficient for the whole team as they only give a small amount. 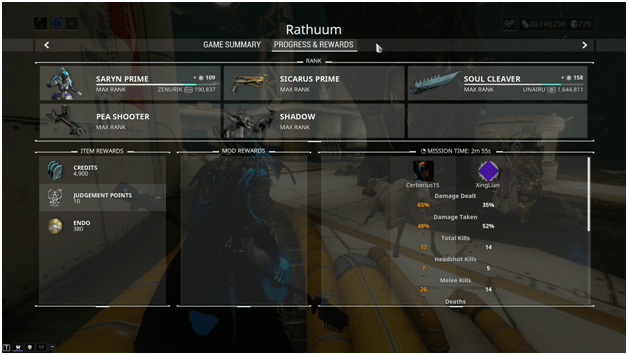 Upon completion of Nakki you may earn an average amount of 15 to 200 Endo and you will be rewarded with 10 Judgement Points. 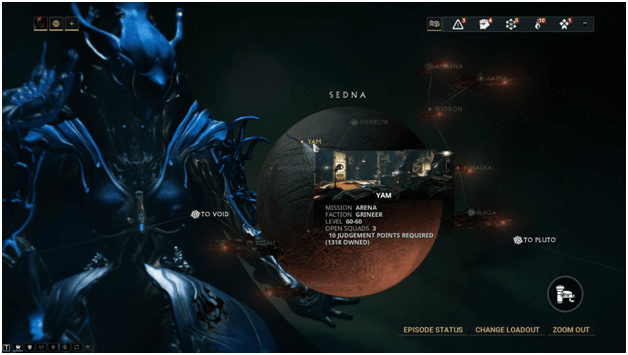 Unlike Nakki, Yam requires 10 Judgement Points to begin and players in a squad that are in mission, the said points will be left out once the mission starts.

Enemies here will be level 60 and can be challenging to even experienced players.

A team is recommended for this level not only due to the high enemy level but also the rate of which the mission will finish with more members. 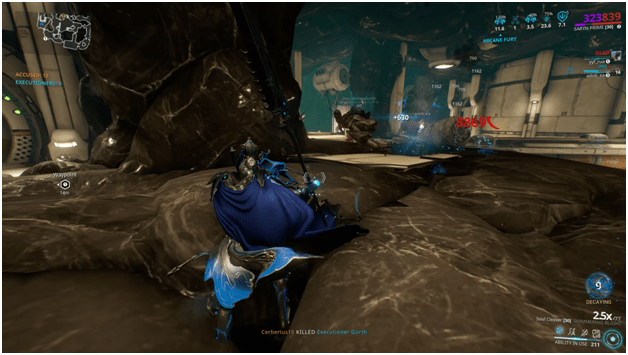 Enemies will have higher armor, since they are level 60 and may be a bit dangerous for most frames.

Having a squad with different abilities can benefit to your victory especially, if there are Warframes that can support or deal a large amounts of damage. 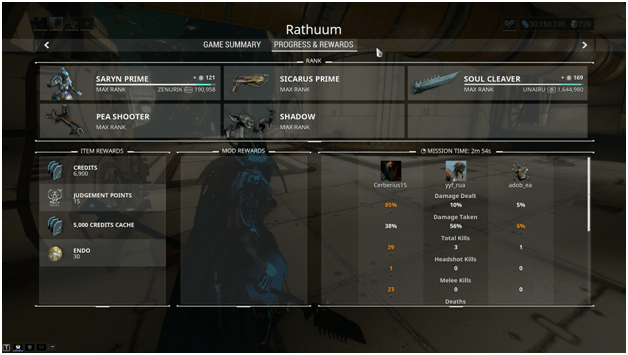 After finishing Yam, you will be rewarded with 15 Judgement Points and may have acquired an amount of 15 to 300 Endo. 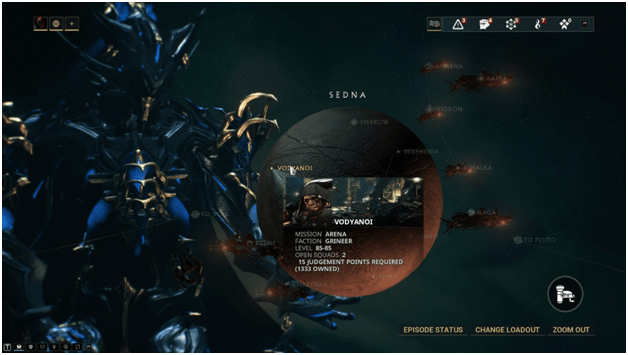 Similar to Yam, this mission will cost Judgement Points to begin, specifically 15 points.

The enemies are up to level 85 here and may provide a challenge for even experienced players.

We strongly advise that you bring a team with you due to the high level and the abilities that the enemies have. 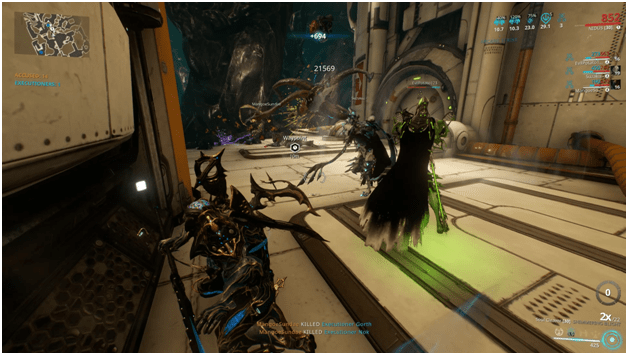 Having a good team with you is essential in making the most out of the mission by means of quickly killing the enemy and being able to keep the drops in one area.

Having a Nekros is important for an additional chance to get more loot which will result in more Endo.

Nidus plays a big role here as well, since he can pull enemies from a large range allowing everyone to gang up on the enemies safely.

Other Warframes that can deal damage or support the group can be chosen depending on your own preferences and it is up to you as long as you have those 2 Warframes.

Nidus and Nekros along with the team staying in one spot will keep loot in one place and make sure everyone can farm in the spot.

When attempting to camp avoid wandering too far as it will just spread enemies out. 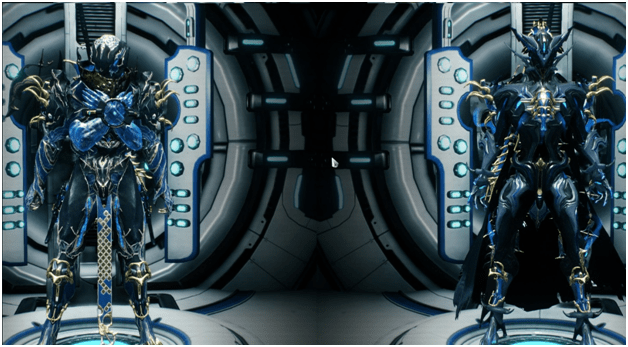 With Nekros ability called Desecrate, we are able to force enemies that have been killed and possibly cut into pieces to drop additional loot.

The chance to drop increases when enemies are dismembered due to the fact that the force loot affects body parts as well.

Nidus makes the mission easier with is Larva ability by pulling in enemies to one spot and allowing the team to kill them freely.

This is most effective with a Nidus modded for Range as he will be able to pull enemies from great distances saving time and making it a more efficient way of getting kills. 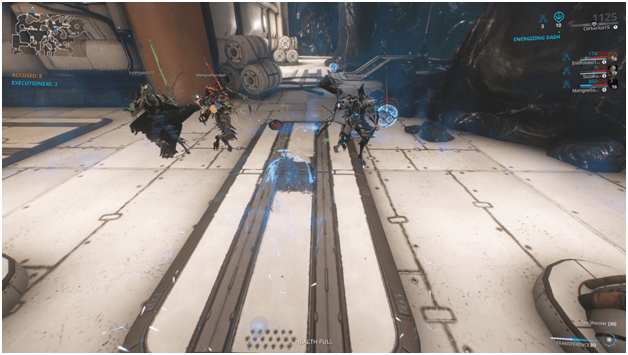 Having a squad with you will not only make killing enemies easier, it will also make the farming session faster since more enemies will spawn.

There is no such thing as a best Warframe, however when it comes to preferences and situational missions, some Warframes can make farming more efficient.

Choosing the right Warframes to work as a team will make your mission finish faster and easier and by doing so you will save a lot of time and farm a good amount. 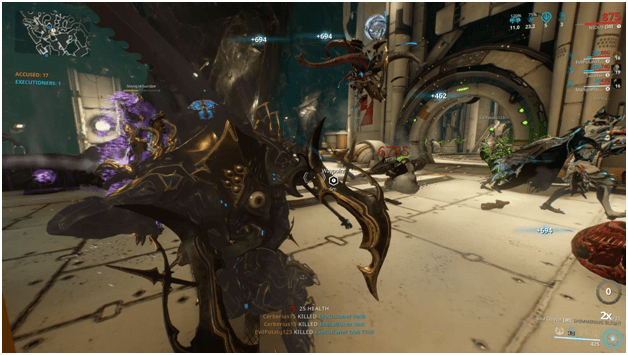 As Nidus pulls in the enemies, the team can focus freely on the enemies inside the Larva, since the range of its pull brings all enemies and none are left to free hit the team.

Once Nidus has ensnared the enemies he may also deal damage as well but also make sure that he repeatedly uses Larva or the team may take a hit.

Basically Nidus’ role in the team when doing Endo farming is to disable the enemies and pile them up for the team to munch on. 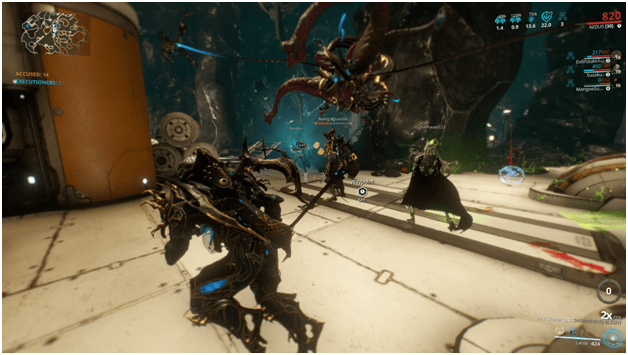 The suggested build for Nidus would be to increase his Range and Efficiency for him to spam Larva.

As seen above enemies are being pulled from great distances and the team is ready to tear them to shreds.

This is a great strategy to make the mission end fast and save time allowing multiple runs and this is considered the best way to farm Endo. 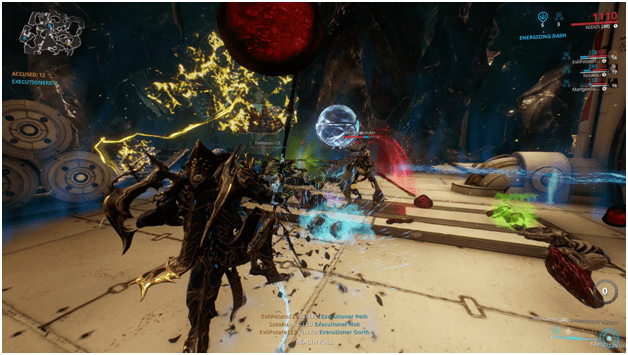 Once the enemies caught by Nidus’ Larva are destroyed, Nekros’ Desecrate will cause the chance of loot to increase.

Desecrate will force the dead enemies and any body parts that have been dismembered to dissipate and drop an item by chance.

Endo is one of those items and eventually you can earn a large amount of Endo at the end of the mission. 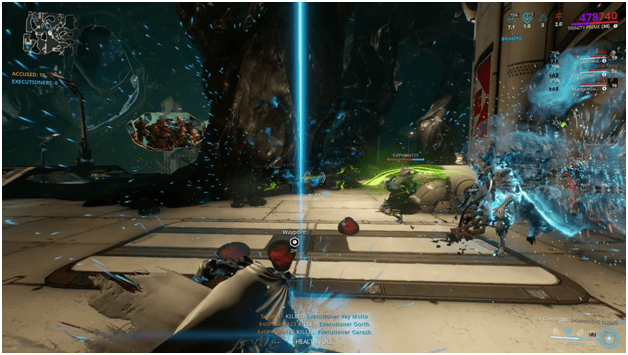 Aside from Nidus and Nekros, other Warframes can be added to the squad depending on which Warframe they prefer to use and that they think will be beneficial to the group.

You could add a buffer to buff the squad and tilt the odds in your way giving the whole group a big bonus depending on the buff.

Should someone decide to take a different support Warframe that heals or safeguards the team they can do that as well.

Even more Warframes that deal damage, as long as you all act as single unit and cooperate you will be able to have fast and efficient Endo farming sessions. 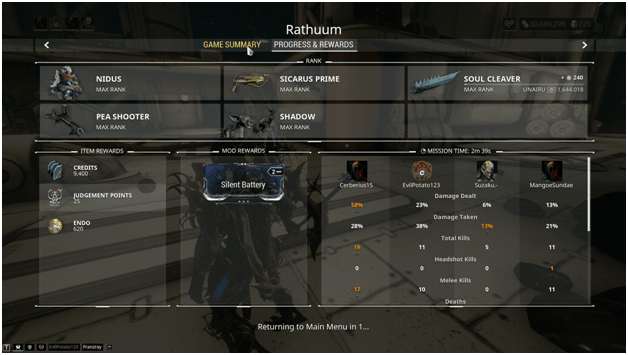 Teamwork is the key and a good team can make farming Endo easier than you could have ever imagined.

Other Ways to Get Endo 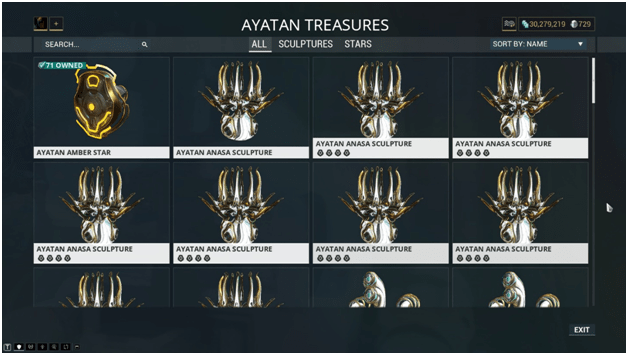 Ayatan Treasures are elegant objects that can be found on different missions at random places and by a small chance.

These can be used as decorations or just kept in a collection, however there is another thing you can do with Ayatan Treasures.

You can sell the treasures for Endo at Maroo’s Bazar which can be found on Mars. 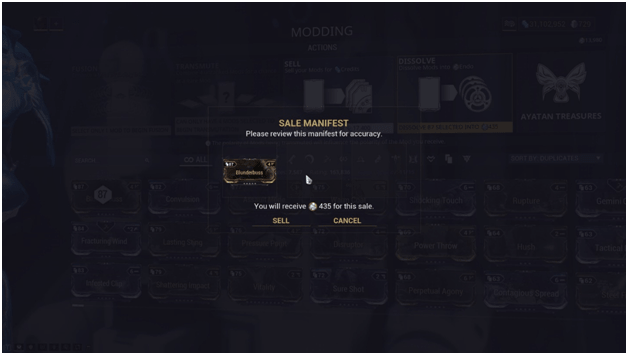 If you find yourself with a bunch of extra mods that you do not need, you can also trade these for Endo.

Farming will usually result with you having a collection of hundreds of spare mods and this can be a great backup source for Endo when you really need it. 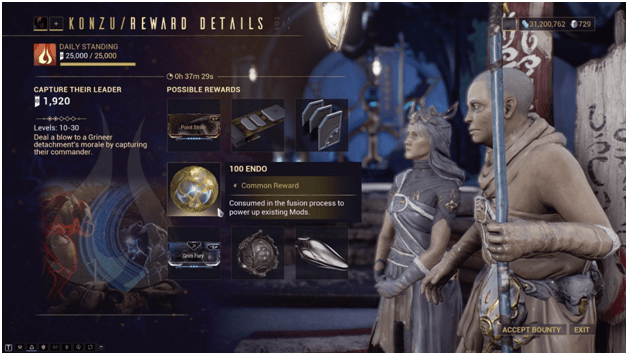 Bounties have a chance to reward Endo which comes at random from the reward table the mission has.

Relying on bounties is not the best way to farm Endo and should not be practiced in means of trying to obtain a large amount of it. 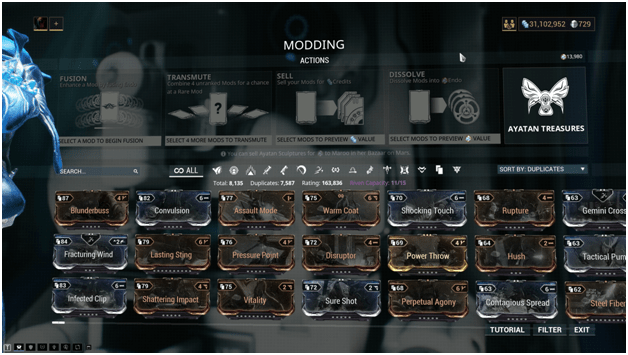 Endo is an important resource and is necessary for making your mods stronger to overall increase the potential of your Warframes and weapons.

Having a good stock of Endo is good for later on in the game when you need to make those upgrades after getting certains mods, including Rivens.