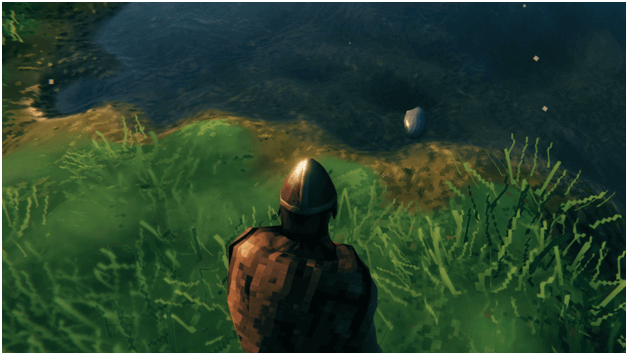 Valheim has quite a handful of resources which each has its own purpose which mostly involves crafting new items.

One of the resources in Flint, a resource similar to stone which appears lighter in color and smoother in shape which is used for most early game tools in Valheim.

You will need Flint to craft items that include tools, weapons as well as different structures such as upgrades for the Workbench.

How to Farm Flint? 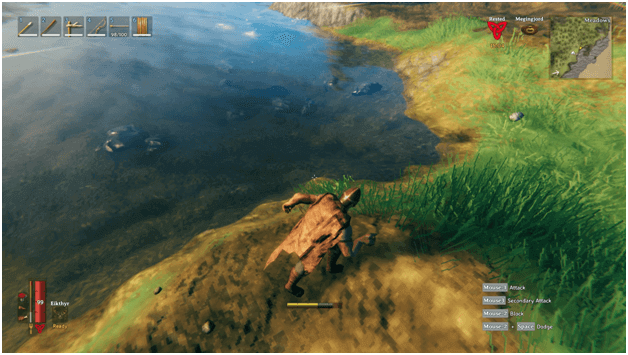 You do not need any kind of tool to farm Flint as you can simply pick it up with your bare hands and what you need to do is search for it.

Flint can commonly be found around almost any shore but it is best if you stick with looking around the Meadows or the Black Forest.

You will notice that there are oval-shaped rocks that are lighter than normal round rocks, this will easily let you know that it’s Flint.

As you head to a shore, begin by running along with it and you will be sure to find a heap full of Flint which can be both on the land as well as in the water.

Occasionally you will come across prefab buildings which sometimes have chests inside of them that you can take.

Some of the chests will contain random items and one of the items you can find inside of them can be a good amount of Flint.

It is still better to go search along the shore but some chests can provide a lot of Flint so it is best that you keep an eye out for them.

Some chests may also be found in dungeons such as the Burial Grounds in the Black Forest and these sometimes contain a stack of them that you can take.

What Do You Need Flint For?

Flint can be used to create Flint-type weapons and tools such as the Flint Axe, Flint Spear, Flint Knife, and even Flinthead Arrows.

Using Flint items is basically a direct upgrade from Stone ones and you can progress faster once you have crafted and upgraded them.

You will also need flint to craft upgrades for your Workbench by building a Chopping Block and Tanning Rack to increase its level and allow more upgrades.

How to Get Flint Early Game?

When you first start out in Valheim, you will be collecting resources while also searching for a good spot to build your home.

Some players prefer building by the shore as this allows them to easily have access to the waters when they need to go out to sea.

By scouting for a location along the shore, you can pick up a lot of Flint along the way, guaranteeing a good supply to start out with several Flint items when you settle at a spot. 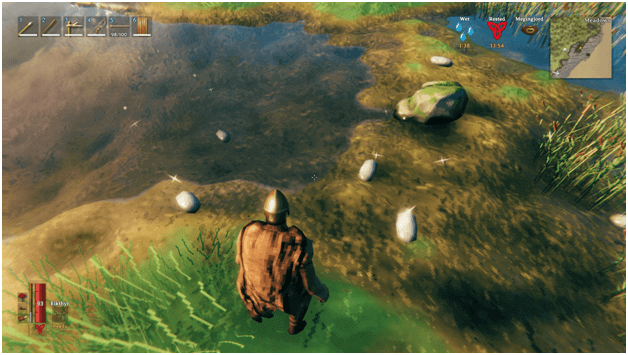 Flint is a good resource when you first start out and you can, later on, use it to make Flinthead Arrows which are a good substitute for Wooden Arrows, providing more damage output.

Sometimes you will not notice all of the Flint that is lying around and it would be a good idea if you kept a good stock of them for later on.

If you do not have a base near the shore, you can easily do Flint runs by scouting, running at the shores of your map, or loot chests in prefabs as well as some dungeons.