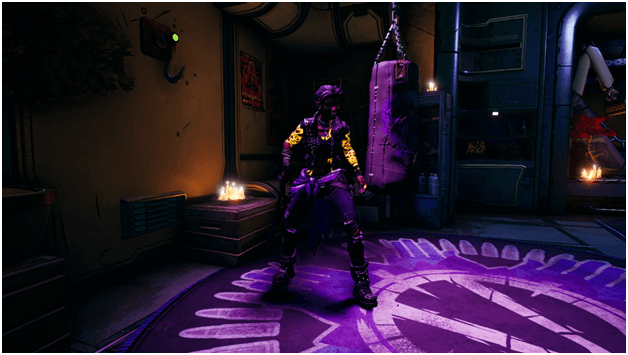 The Siren, Amara is a elemental damage dealing character who is capable of dealing high amounts of damage along with status effects.

She has many skill builds which can make use of different augments that affect how her abilities work by changing effects as well as elements that modify her attacks and skills. 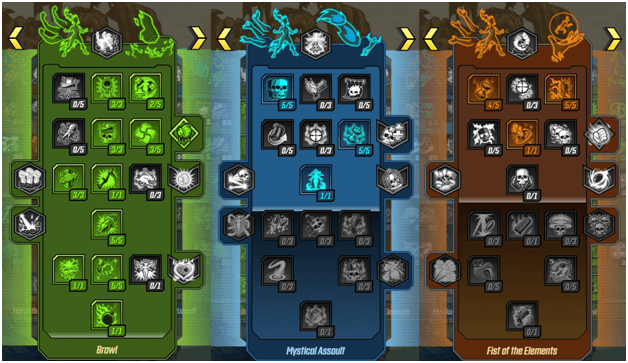 The Brawl build focuses more on close range damage by combining gunshots up close to enemies as well as dealing melee blows to them.

The Personal Space passive helps her deal high amounts of gun damage when firing at enemies up close while Samsara adds even more damage after action skills are used.

Having the Find Your Center passive greatly boosts her melee damage allowing you to shoot at enemies and deal melee blows in between.

We add the Clarity, Helping Hands, Mindfulness and One With Nature passives to give her more survivability.

Do Unto Others is a great passive to add to the build as it allows you to automatically deal damage to enemies every 8 seconds when they are attacking you.

Jab Cross Is a great way to add more damage to her action skills and becomes easy to trigger since the Brawl build focuses on melee and close range damage.

Another increase to her melee damage is Blitz which also helps Amara close in on enemies and deal a final blow while its unique feature is the reset of the passive when you deal a killing blow with a melee attack.

Her active skill in this build is Fracture which is a good way to deal damage to enemies in front of her so you can cast it during fights and continue on with your melee and gun damage afterwards.

The corrosive damage added to her active skill by adding Blight Tiger is a good way to deal additional damage over time as well as deal increased damage to tougher enemies.

Using Glamour for her active skill is a good way to cause crowd control and turn enemies against each other, giving you the opportunity to kill them easily while they fight amongst themselves. 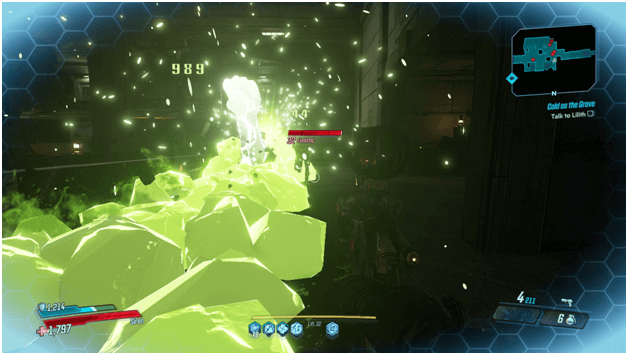 For this build its good to rush up to enemies and fire of shots to score critical hits up close while doing some melee damage as well.

Casting her active skill every now and then during fights helps add to your overall damage while you take shots at enemies and kill them with melee blows. 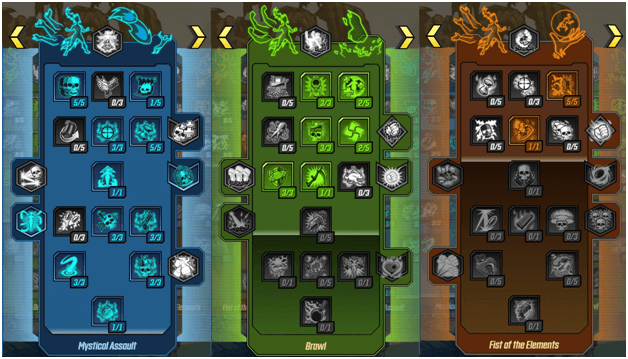 The Mystic Assault build focuses heavily on dealing damage to enemies will also disabling them from time to time.

Gaining stacks of Rush will give you an edge during fights while also adding more damage to your active skill depending on how many stacks you have.

Restless is a very affective passive since it reduces the cooldown of your active skill, allowing you to cast your active ability more often.

Transcend helps greatly by giving you more critical damage so you can focus on shooting enemies for critical hits up close after using your active skill which will disable enemies that survive the initial damage.

Laid Bare and Wrath passives will add a significant amount of damage after you use your active skill and will boost your damage greatly for a period of time.

Remnant is a good way to deal damage without effort and will be very effective in adding to damage as it sends out projectiles when an enemy is killed with her guns or active skills.

Avatar works great with this build since it allows you to recast your active skill without waiting for the cooldown which makes it very useful when you need to deal a large amount of damage in a small period of time.

We use Reverberation as her active skill since it deals a lot of damage, especially since rush will add to the overall damage and hitting multiple enemies will increase the damage for each enemy hit.

Those that survive the active skill will be disabled with the Stillness Of Mind action skill effect which suspends them in the air for a small amount of time giving you the chance to deal free hits to them.

Her basic element will be Shockra for the build which adds a great deal of shock damage to enemies, good for those with shields and an addition of dealing damage over time. 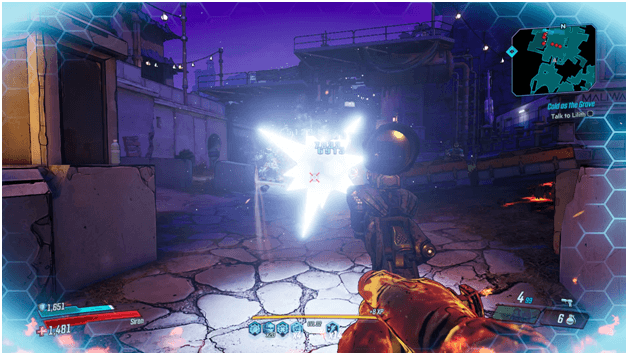 Most of the damage is done by shooting at enemies from any range which is pretty much good for all situations.

During fights you want to focus on gaining stacks of Rush so you can further increase the damage of your active skill which is capable of instantly killing enemies or rendering them helpless if they survive.

Fist of The Elements Build 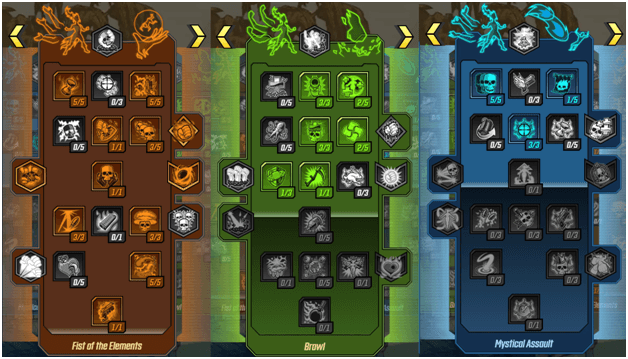 Our Fist of The Elements build focuses on disabling enemies so you can take free shots at them, guaranteeing a good chance of scoring critical hits as it becomes easy to target their weak areas.

Anima and Infusion are good for dealing elemental damage as well as improving the damage done by elemental status effects on enemies.

Illuminated Fist adds a great amount of melee damage with the addition of converting your melee attack into the elemental property you choose for you active skill.

Wildfire helps deal damage to multiple enemies since it grants a high chance to spread out status effects amongst your enemies.

One of her most useful passives is the Indiscriminate passive which gives a chance for you bullets to ricochet to enemies so you can deal damage to several enemies with your gunshots.

Catharsis helps deal damage by causing enemies to explode, dealing elemental damage when killed under status effects that you have caused which can hit multiple enemies.

Conflux adds a good deal of damage by giving her the ability to shock, melt or electrocute enemies when she deals status effects to them.

The Eternal Fist is a great actives skill since it allows you to instantly disable an enemy by spawning a giant fist that grabs enemies and allows you to take free hits at them.

Using Allure as the active skill effect will cause enemies to be pull in closer to the enemy that you hit with your active skill which makes it easier to chain the affects to enemies as The Eternal Fist passes on to other enemies when the first target is kill and continues to do so until the ability ends.

The Soulfire action skill element deal good damage against flesh type enemies and give a good damage per second by burning enemies affected by your damage which goes well with the builds passives. 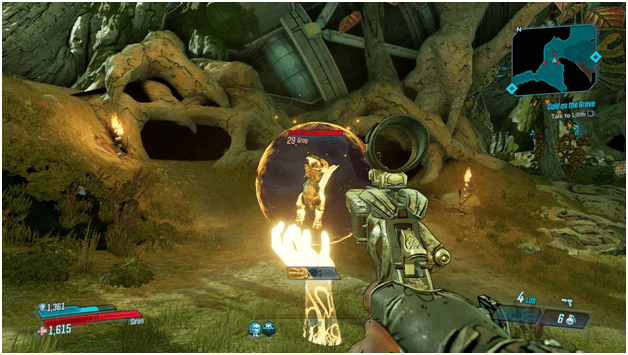 You basically disable enemies and take shots at them and they will be helpless when this happens and if that wasn’t enough, killing the enemy will case another fist to grab an enemy.

Until the skill ends, fist will keep grabbing enemies and giving you free shots so all you need to do is cast the skill and kill each enemy grabbed by the fists. 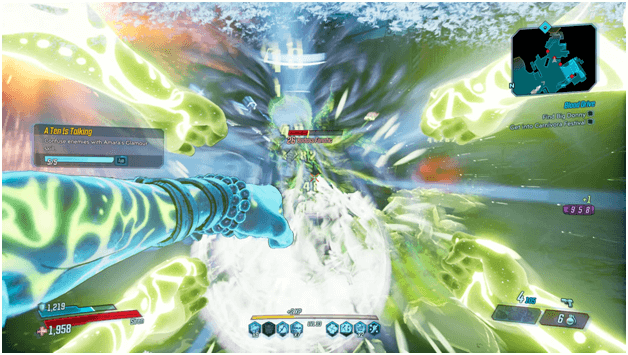 Utilizing the high amount of damage from her abilities or the effects that help render enemies vulnerable for periods of time gives Amara an edge when in combat.

She can deal a lot of initial damage along with bonus damage over time from status effects which help kill enemies much quicker, allowing you to progress quickly since you can clear enemies in no time.