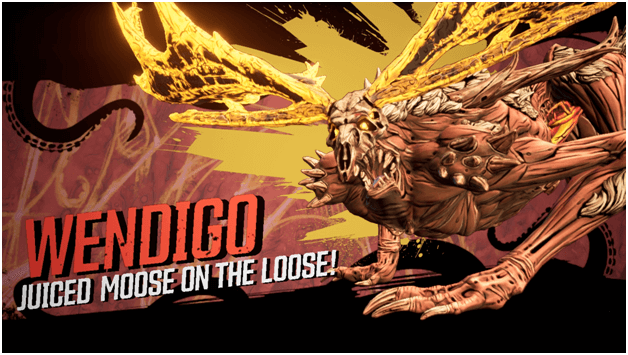 The Wendigo is a boss that you fight during The Horror In The Woods mission which you and Hammerlock first hunt in the mission but it can later on be farmed.

It appears to be a mixture of strange beasts all in one and have a horrifying appearance which gives it the name. 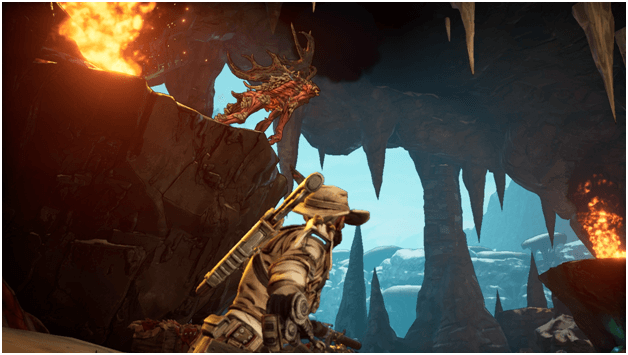 During The Horror In The Woods you and hammerlock search for the Wendigo in The Cankerwood as you need its kife to thaw out the large gate heading to Negul Neshai.

The two of you bait the creature and fight it together the first time but afterwards you may attempt to kill this creature whenever you start a new instance. 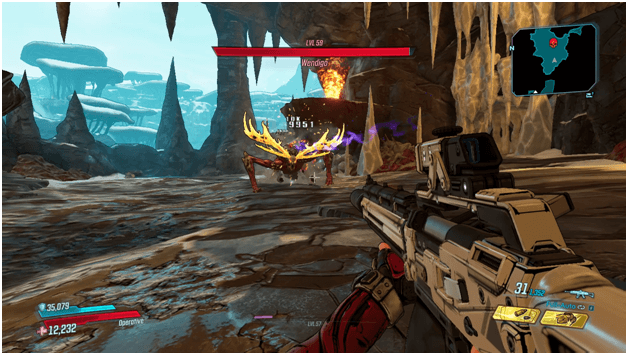 Once you begin fighting the Wendigo, it will attempt to attack you from both up close or from a distance but it is best kept in mind to keep away from it at all costs.

This is because it is easier for it to hit you with its ranged attacks if you are too close to it but if you are capable of staying at its sides and even rushing behind it, you can make use of close range weapons.

There will be phases where it uses such an attack and you can literally jump on its back and over it will attack to avoid its abilities. 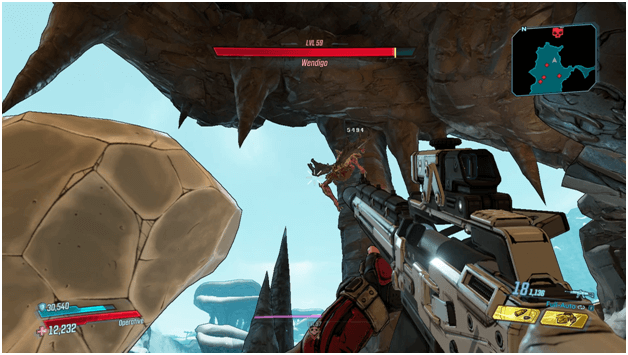 The Wendigo can climb and leap across large distances, and during this phase it can spawn in enemies to attack you and will force large spikes to drop down.

These spikes will damage you if they land on top of you but later on you can use these as cover to avoid getting hit by the Wendigo’s Projectiles. 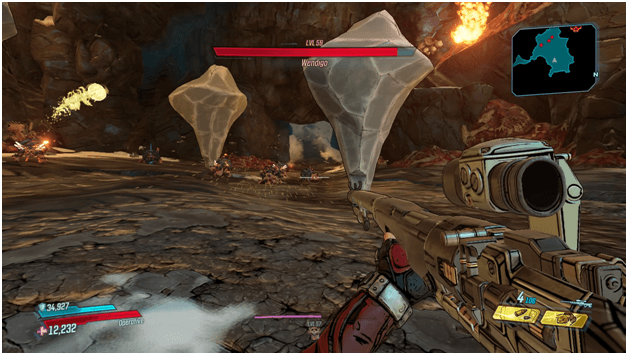 The large spikes don’t only serve as cover, they can also be used to knock down the Wendigo as you can wait for it to charge at you and move out of the way or behind the spikes so it will ram it, resulting in getting downed for a while.

The Wendigo can become downed several times and you can take advantage of this moment and deal a lot of damage. 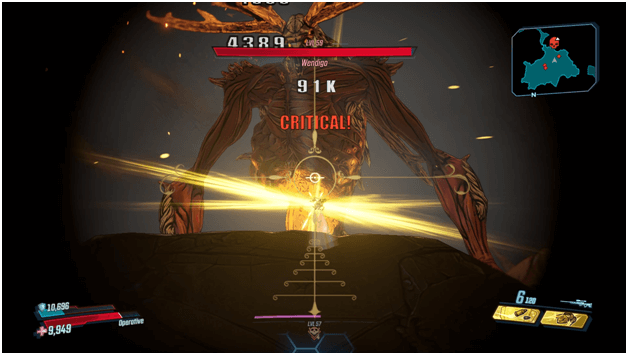 The Wendigo’s weak spot is its belly which can be seen lighting up from time to time but will always be considered it’s weak spot. 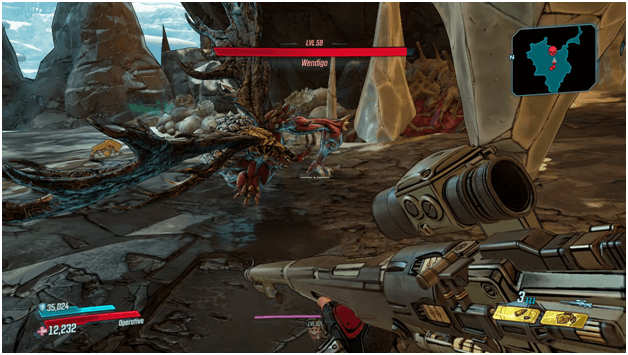 When it takes enough damage, especially done from targeting its belly, the Wendigo can become knocked out for a short time.

While the Wendigo is jumping around or on elevated ground, you can take advantage of its weak spot to knock it down easily. 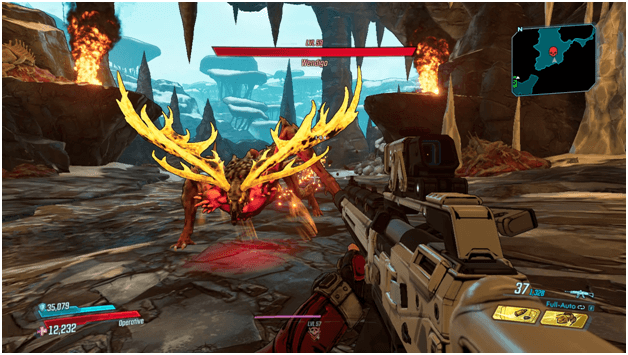 Wendigo charges towards you and attacks you with its antlers, this can deal a lot of damage and even knock you back.

You can avoid this by moving out of the way when its antlers start to glow or even jump over it and move behind it.

Moving behind a dropped rock spike can cause it to ram into the spike and knock itself unconscious for a short period of time. 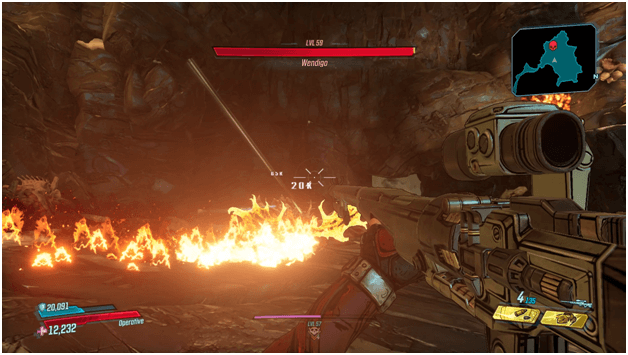 Using its elemental abilities, the Wendigo will spew out fire on the grown and move it from side to side, burning anything that touches it.

This can be avoided by jumping over it or jumping behind the wending as it uses the ability or when it is about to use it. 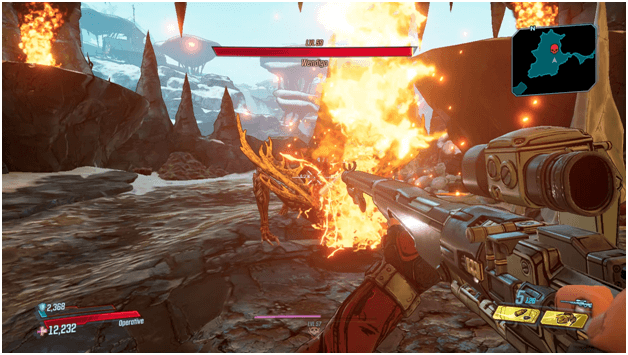 Whether the Wendigo has a clear shot or not, it will attempt to launch a Fireball at you, dealing damage upon impact.

You can easily dodge this by moving to the side or jumping out of the way or over it. 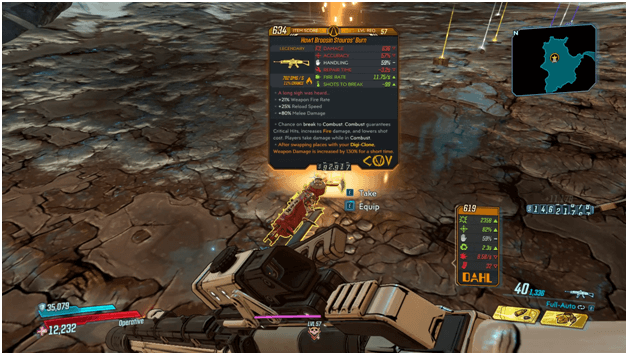 The Wendigo drops several gear which may range from common to epic but it has a chance to also drop legendary ones.

There is a high chance that the Wendigo will drop the “Stauro’s Burn” legendary assault rifle. 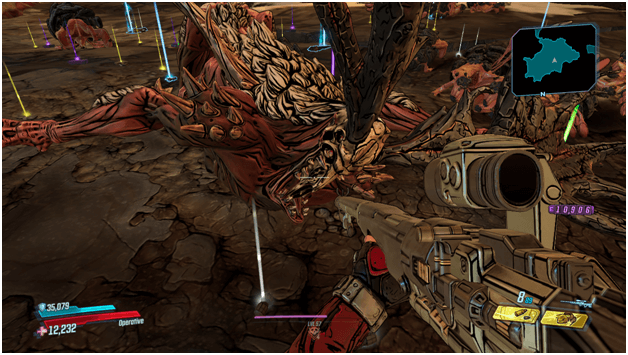