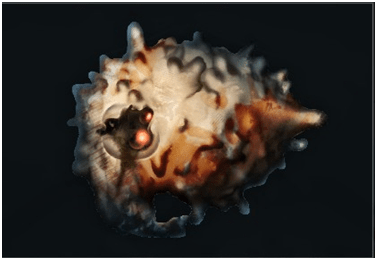 What are Plastids in Warframe?

Plastids appear to be a resource that resembles part of a carapace or tissue with nanites that is usable when building in the foundry.

Plastids are considered uncommon but are at times hard to farm because they come in small amounts and do not always drop, even when using farming Warframes.

These are required for a lot of items that you will craft and is also one of the resources required when researching new technology in the dojo.

Preparing for the future of your clan requires a lot of Plastids and so does most of the equipment you will craft as well. It would be wise to prepare an extra number of Plastids for later.

Where to Farm Plastids?

It might be a trouble for some as most people know how to farm Plastids but sometimes are unsure what are the right planets and what the right missions are.

Although Plastids may be farmed in many planets, the drawback is that it comes in low amounts and it’s not a first among any of the main resources on any of the planets.

Players have access to Phobos, granting them early game Plastids farming, while later they can resort to planets such as Saturn or Uranus when they have progressed further.

Below are the Best Missions to Farm Plastids 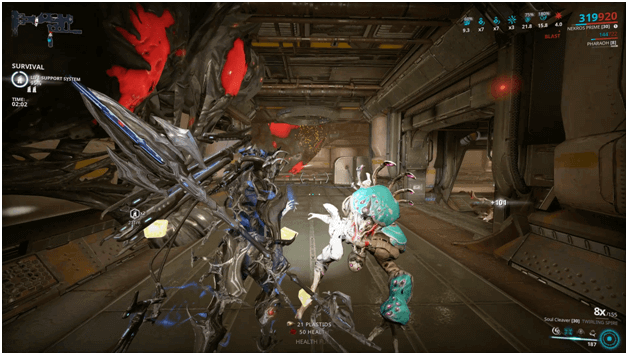 Assur is mainly tied with Ophelia due to the abundance of resources on both missions, although there is slightly a tilt when it comes to be the best place to farm Plastids since Assure is a Dark Sector mission.

Being a Dark Sector mission, Assur provides players with a 25% increased resource drop rate which not only helps farming Plastids, but it also helps farm other important resources such as Polymer Bundle.

Unlike its counterpart Ophelia, Assur pits you against the infested which prove to be easy to kill, especially when camping since they walk right into your location. 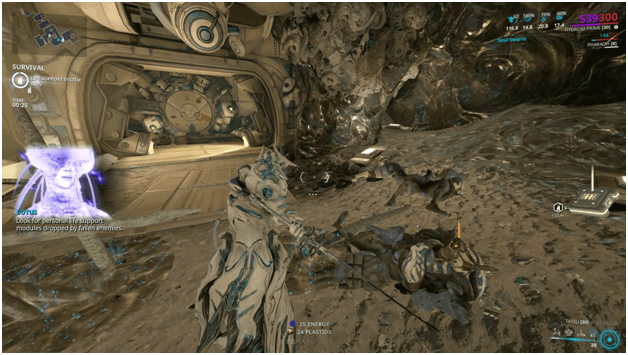 Ophelia is a classic place to farm not just Plastids, but also important resources such as Polymer Bundle, Gallium, Detonite Ampule and Gallium.

Although this mission is not a Dark Sector mission, being a survival mission alone proves to reward players with quite a large reward of resources.

A good combination is usually a Nekros with Hydroid because Hydroid’s Pilfering Swarm can cover a whole passage, forcing enemies to get killed and have loot forced out while Nekros’ Desecrate provides even more drops. 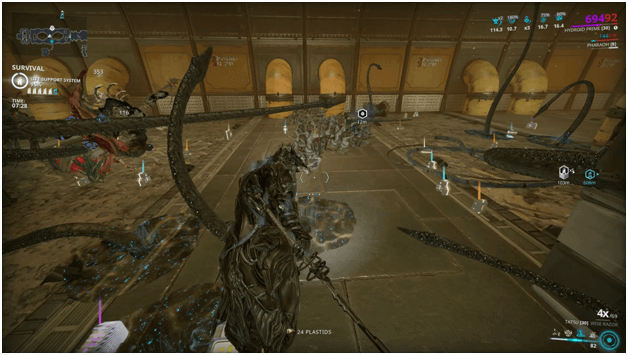 Piscinas is an Infested controlled world and being a Dark Sector mission, it grants a 20% boost to resource drop rate, tilting your odds to getting a little bit more from farming.

There are a few spots where you can camp which can suit a squad with the right farming Warframes, allowing a well put squad to farm more than usual.

A few containers and storage lockers may be found lying around and can be if you destroy them as you find a good spot to camp. 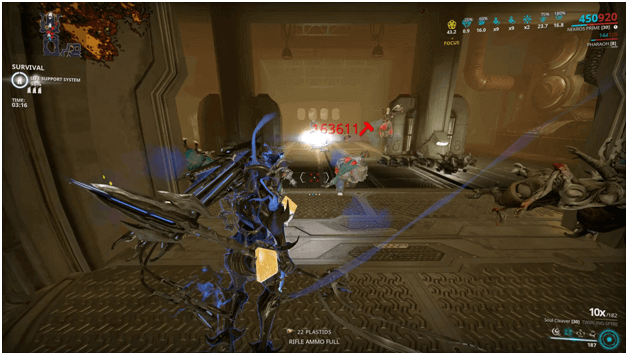 Zeugma is not our first choice since you can farm a lot more plastids on other planets, but this mission offers you the chance to get Plastids just as you pass Mars.

If you’re trying to figure out how to get Plastids early if you have just started out, Phobos may be the best option for you.

Phobos Plastids drop rate may not be that high, but it is guaranteed that you will eventually be able to farm a good amount.

Being a Dark Sector mission, you gain quite a good chance of getting Plastid drops due to the 25% resource drop chance.

Plastids may not be the easiest resource to get when starting out since Saturn and Uranus are not planets you can get to easily without going through the others.

If desperately needed, there is a chance to get Plastids on Phobos early on, but Saturn or Uranus are better choices for others.

Figuring out which is the best place to farm Plastids is a big step and will benefit you later on when you need them for either research or crafting.

Keep in mind that you will need lots of Plastids, if you plan on crafting better gear as they are a requirement to build different equipment and it might pay off farming some in advance.