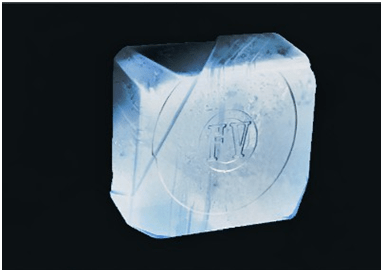 Gallium is a type of metal used for most of the Corpus weaponry and equipment and if you notice the Corpus letters on it indicates “GA” which is chemical symbol of Gallium.

Being as they are, Gallium may be labeled with Corpus letter but is not limited to being farmed from only them.

Gallium is mainly used for higher tech weaponry especially those that are designed by the Corpus as well as a few other equipment that you may craft.

You might know how to farm Gallium may not be the easiest at the beginning but later on after doing a few missions you will eventually pick a few up, if you do missions on Mars or Uranus.

Where to farm Gallium?

Since Gallium can be obtained mainly on Mars and Uranus, we have decided to stick with Uranus for heavy farming and Mars for early game Gallium farming.

Gallium can be farmed on Uranus as Mars well and both are quite suitable farming locations but, in the end, Uranus may offer more required resources, making its missions better to farm on.

Its ideal to resort to Mars as your first go to place when you start out or need a small amount of Gallium, while Uranus is a more endgame farming location for multiple resources. 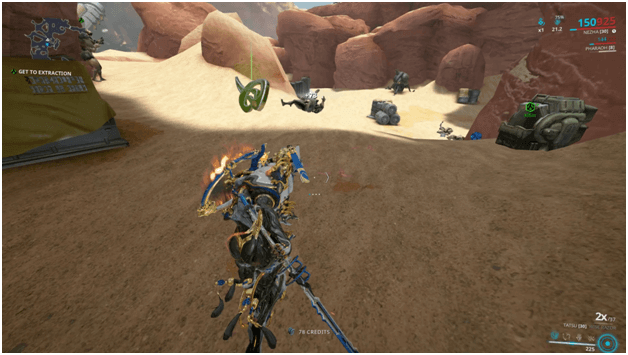 When it comes to getting that early game Gallium, Mars is the best and perhaps only choice for newer players as it allows them to get Gallium fast.

Gallium can easily be acquired on Mars and doing the capture mission Ara, gives players the opportunity to get Gallium early on in the game.

You can simply capture the target and later on roam which will eventually allow you to pick up Gallium from time to time.

This mission can be quite handy for newer players and a good mission to run if experienced players need a quick supply of Gallium.

Bringing a fast Warframe with you such as Volt or Loki may help you do fast runs, allowing you to complete the mission faster as well as search for Gallium with haste. 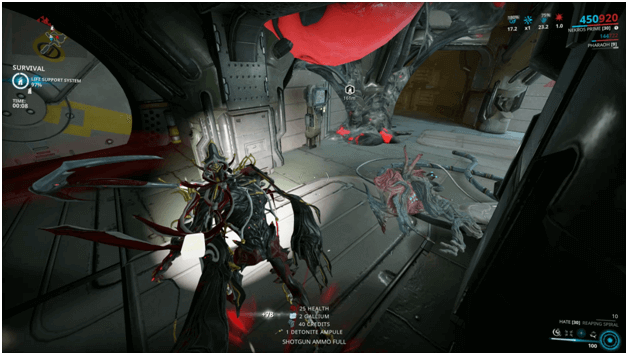 Assur is a good choice for farming Gallium as it has a 25% resource drop rate boost and is considered by most players as the best place to farm Gallium.

The infested in Assur may be a bit high for some players but most weapons should deal with them easily and since they are infested, they do not have that much armor.

Combining Nekros and Hydroid in a squad will make a good combination as their abilities that force loot go hand in hand.

You will be able to find some containers that contain Gallium. As well as have a chance to obtain them from enemies that you kill. 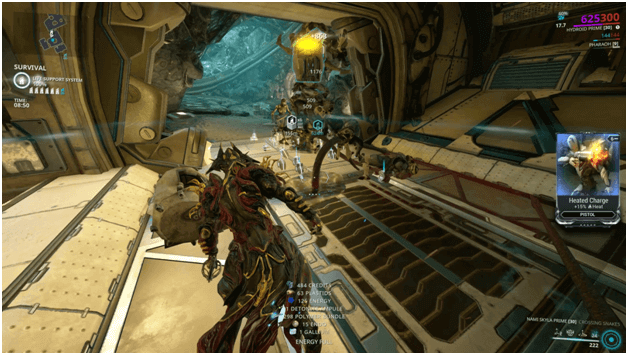 Ophelia is another good choice for Gallium as well as it has a lot of good spots that you can camp at and is quite the choice for easy Gallium.

The Grineer enemies will have a hard time in certain areas as there are some tight spots and you may use this to your advantage.

Roaming with a Nekros or Camping with Hydroid are some of the best methods to farm here.

Most of the enemies will be held tightly together when getting through most of the corridors making it excellent for taking them out as a group.

Camping with a squad is easy on Ophelia since they will be forced through certain passages which you can use to your advantage.

Gallium may be available in a few planets, but it is possible to easily farm this if you choose the right missions.

Players that choose proper Warframes to farm Gallium such as a Nekros for survival missions or speedy Warframes like Volt or Loki for capture will have no trouble stocking up.

Stocking up on Gallium may come in handy later on for blueprints that you may need to craft because players will need better gear as they progress.