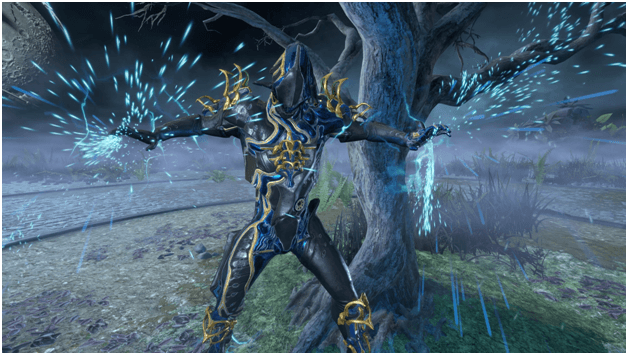 Volt is a Warframe who has control of electricity, allowing him to harness the element for it destructive power when attacking enemies or its ability to manipulate the speed of him and his allies.

He is an agile Warframe and he also has supportive skills which benefit him and his team, one of best things about this Warframe is that he can give the whole squad a boost in speed.

How to Get Volt? 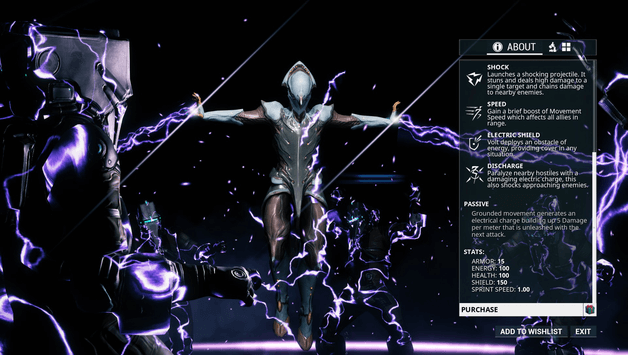 Unlike other Warframes, Volt must be researched in an energy lab and once completed his blueprints may be replicated for crafting him.

Volt may also be purchased in the market for 75 Platinum. 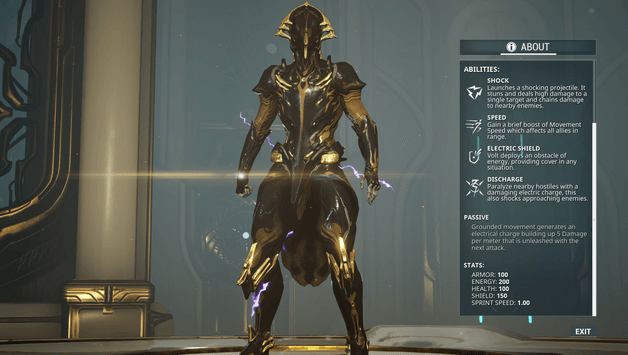 Volt Prime significantly has a higher amount of armor and energy than its counterpart, Volt. 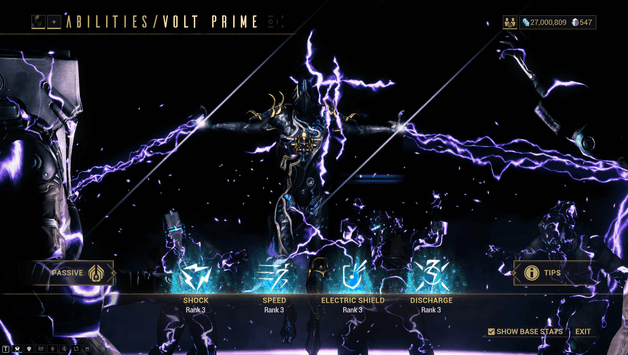 Manipulating the electrical energies within him, Volt may summon the electrical current at will to deal damage to specific targets, bolster him and his allies, create protective barriers and unleash electrifying mayhem.

Volt’s passive that is called Static Discharge allows him to build up energy just by travelling causing him to gain additional damage for his next ability or attack. 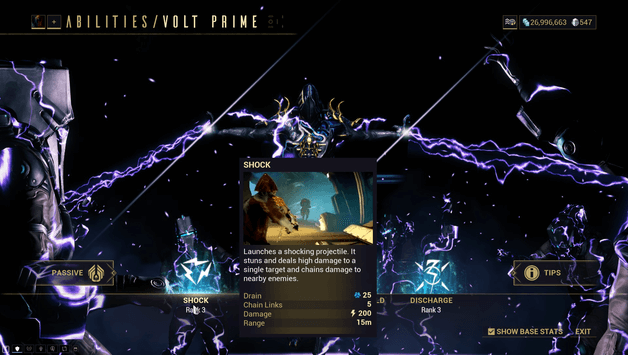 Volt unleashes a jolt of electricity towards an enemy which will chain to other enemies nearby.

The initial target is stunned and there is a small chance other enemies may be stunned as well.

This is useful for clearing small groups or certain enemies that may be hard to kill. 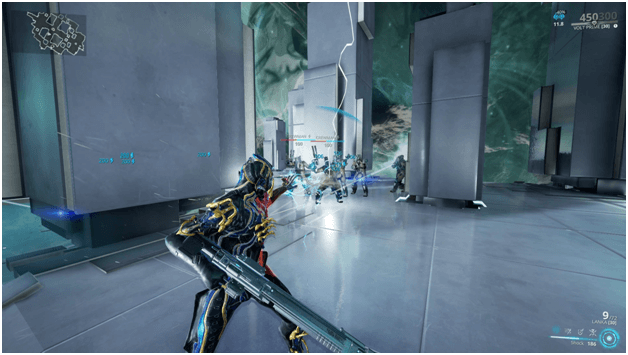 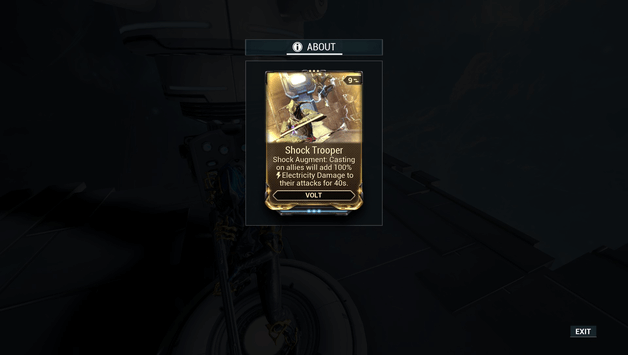 Augment Mod: Shock Trooper allows you to cast Shock on you on your allies which will add electricity damage to all their attacks. 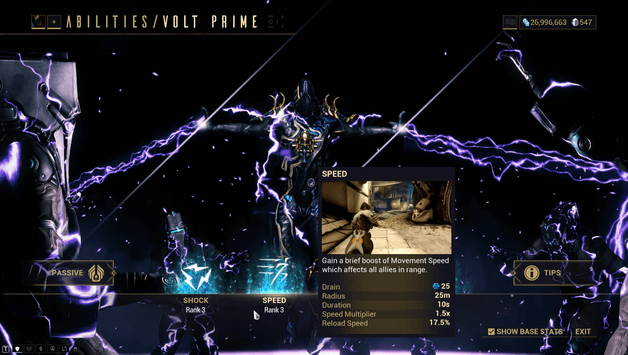 This is one of the most popular skills that Volt is known for as it helps in clearing missions quickly, escaping or catching up to enemies or boosting capabilities in battle. 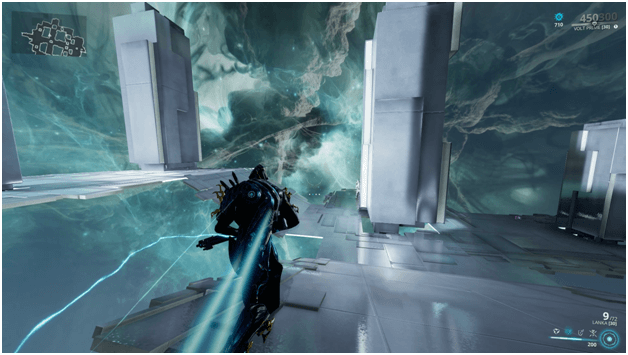 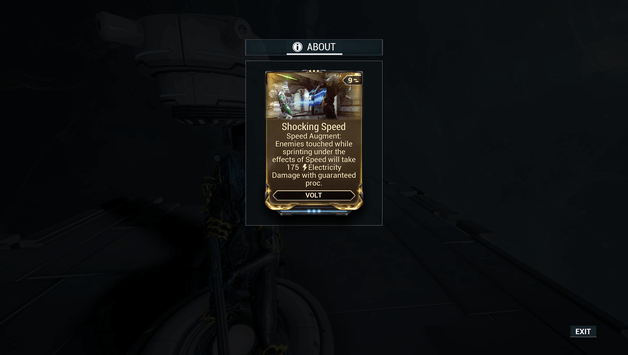 Augment Mod: Shocking Speed will cause Volt and his allies to shock nearby enemies for electricity damage when sprinting. 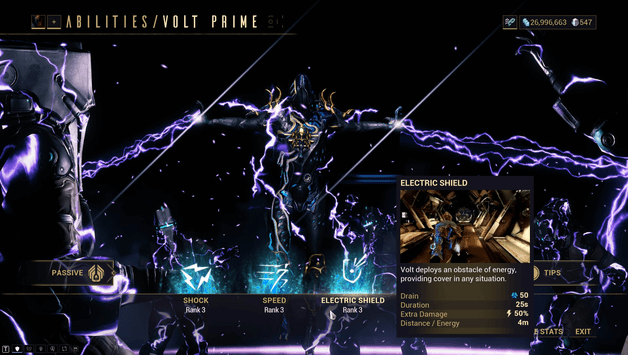 Volt conjures a shield that protects him and his allies like a wall which he can pick up and place down again anytime.

Multiple shields will stack and increase the electricity damage but not the critical multiplier.

This shield is great for protecting yourself and allies as well as aiding your squad in dealing damage by shooting through the shield or multiple shields. 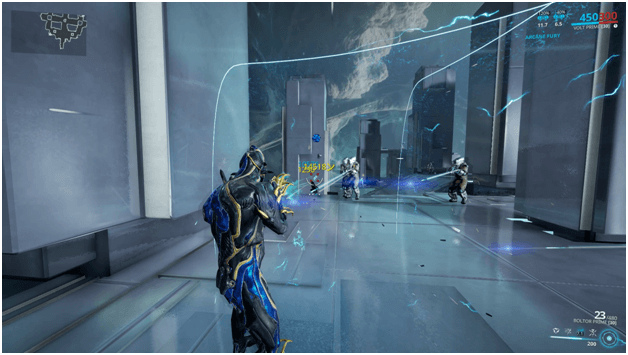 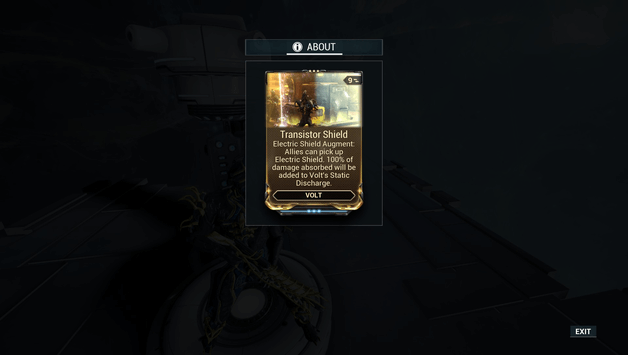 Augment Mod: Transistor Shield allows your enemies to pick up your shield and the damage that the shield absorbs will be added when you use the Discharge ability. 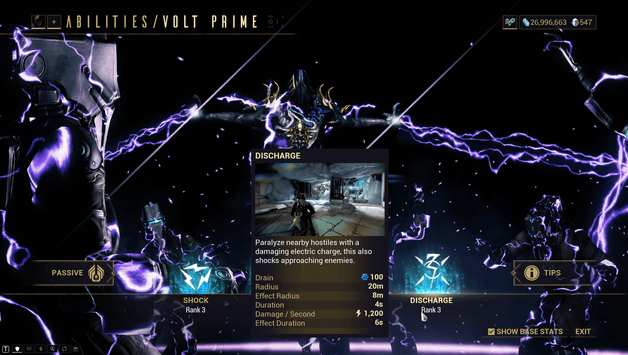 Volt charges up and unleashes a ring that expands, shocking and causing enemies to be paralyzed whilst taking electricity damage every second.

(In the below image you can see Volt casting discharge) 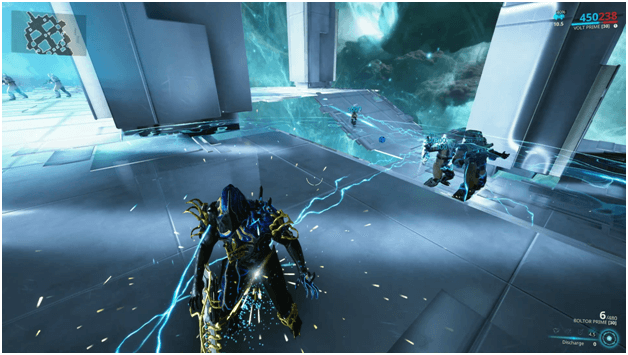 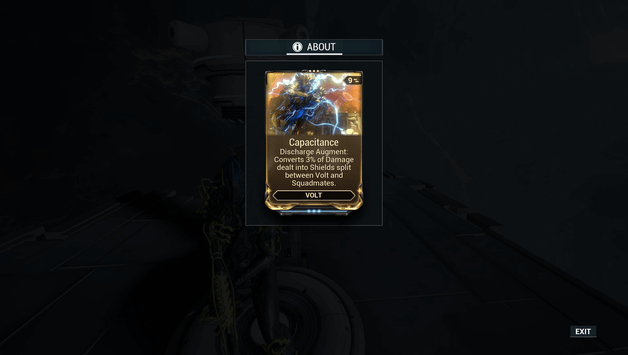 Augment Mod: Capacitance causes the damage from Discharge to increase the shields of Volt and his allies which is split evenly among them. 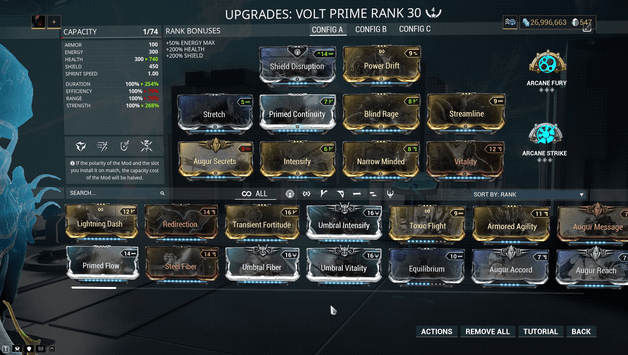 This build mainly focuses on increasing the movement and attack speed bonus of Volt and those near him.

With this build, Volt and his squad may do very quick speed runs on missions as well as having the boost when in combat with the attack speed.

(In the below image you can see Volt buffed with Speed, quickly running while killing enemies) 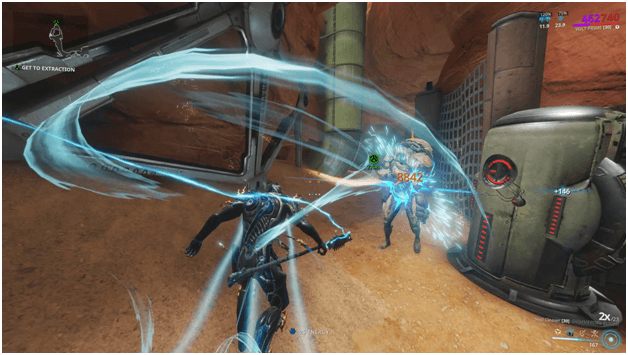 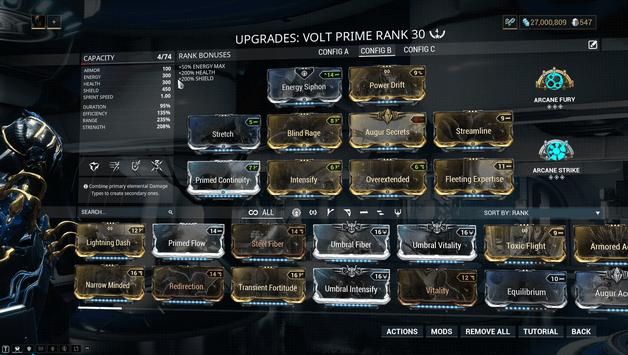 Discharge has a boost in damage and range with this build and it can be mostly used to clear a large area of enemies or do severe crowd control.

This build works great for missions where you need to guard a spot or defend a target as it will kill most enemies in an area and will cause the rest to be paralyzed for an amount of time. 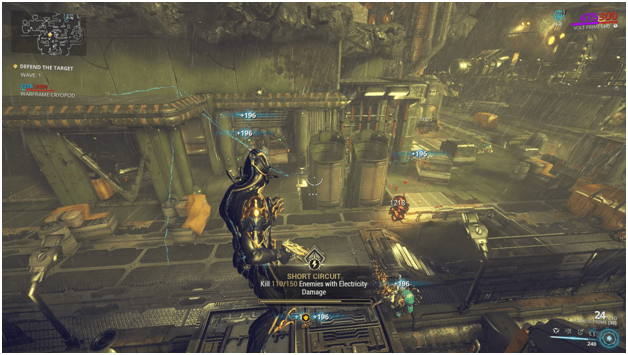 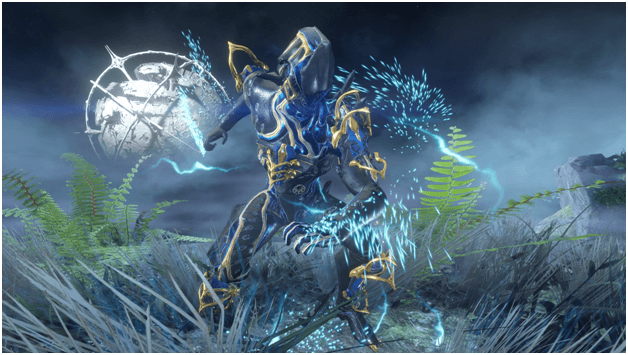 There are many roles that Volt can take such as support, defense and one of the most popular which is damage dealer.

Due to his unique abilities and the many possible builds that depend on the users and their preferences, Volt’s can be used in many ways and can be modified for each mission.

Volt is the best frame to use when it comes to running around maps or and searching for special containers since he can get around quick and all you need to do is add loot detecting mods on him or his companion.

Being able to make use of his shields and his passive ability, Volt can be a very powerful damage dealer when it comes to killing bosses and larger enemies such as Teralysts and more.

Controlling this speed demon might be a challenge at first but once you get the hang of it, you will be finishing missions faster than you ever thought you could and may be shocked as well at the site of the capabilities of him dealing damage.