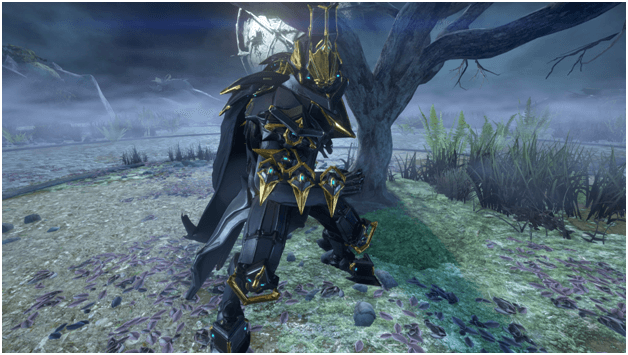 Vauban is one of the most efficient Warframes when it comes to strategy and crowd control.

All of his abilities can disrupt enemy actions from stunning them, knocked them back and to completely rendering them immobile, he can cause a lot of disturbance to his enemies.

How to Get Vauban? 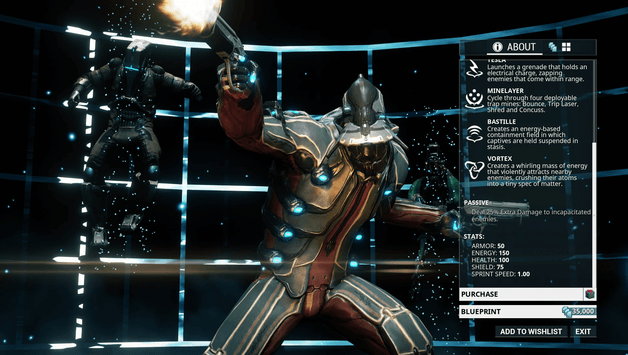 Vauban’s parts may be acquired as rewards from alerts or purchased from Nightwave offerings with Wolf Credits.

Vauban may be directly purchased from the Ingame market for 300 Platinum. 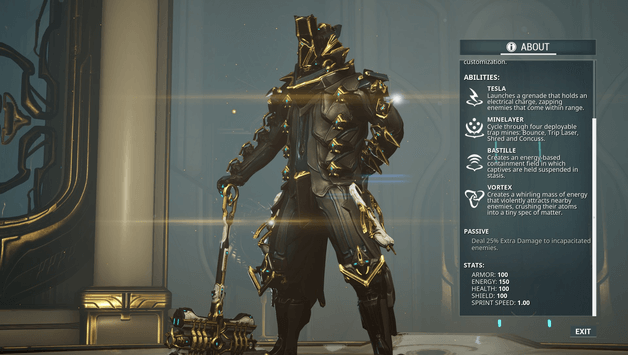 Vauban Prime is the prime variant of Vauban and has increased armor, energy and shield. 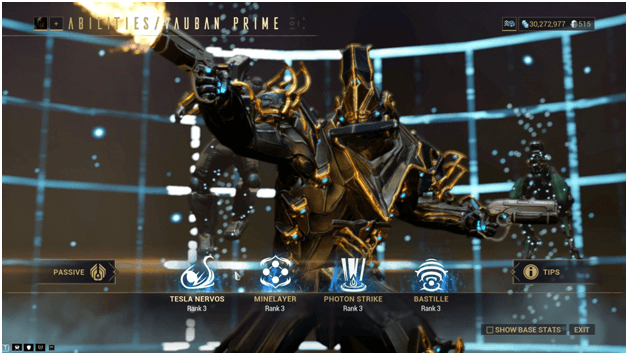 Vauban is capable of deploying rollers that electrocute enemies, lay different kinds of mines with special effects, call down photon strikes and force enemies to be raised and pulled together.

His passive Dismantle cause Vauban to deal 25% more damage against enemies that are incapacitated. 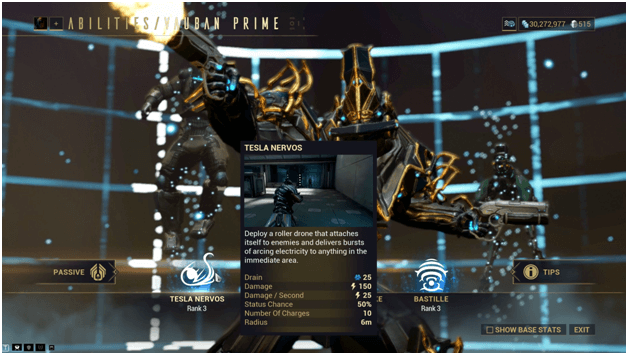 Vauban releases a roller drone which rolls up to enemies and attaches to them to later on deal electrical damage to them and enemies in the area.

Enemies in the area where the enemy that the roller drone has attached itself will to will take electrical damage periodically and become stunned for a few seconds.

This is great for dealing area of effect damage and for crowd control, electrocuting enemies to make them vulnerable and unable to attack. 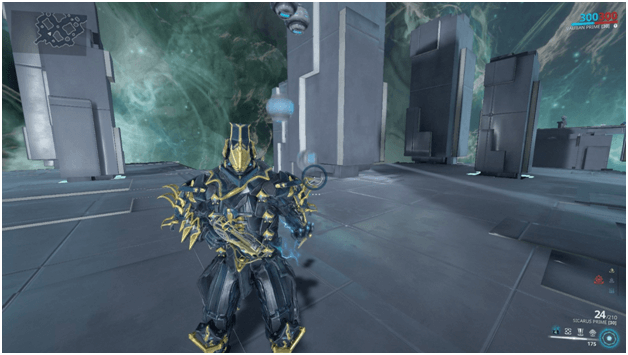 Holding the ability will cause Vauban to charge up to throw multiple roller drones which he will juggle until the ability is let go of, tossing the drones after releasing the ability. 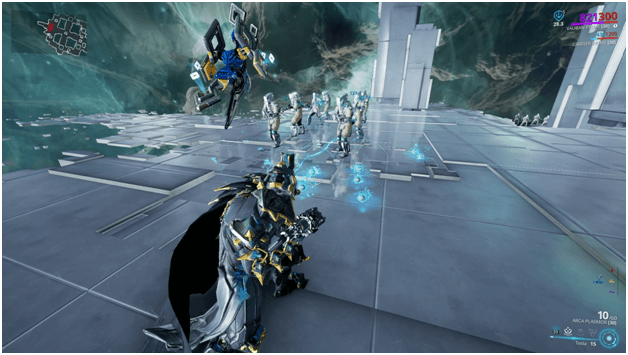 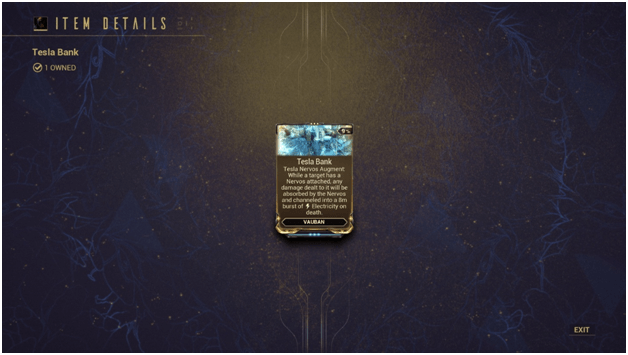 Augment Mod: Enemies with a nervos attached to them will release a burst of electricity in an 8-meter radius upon death. 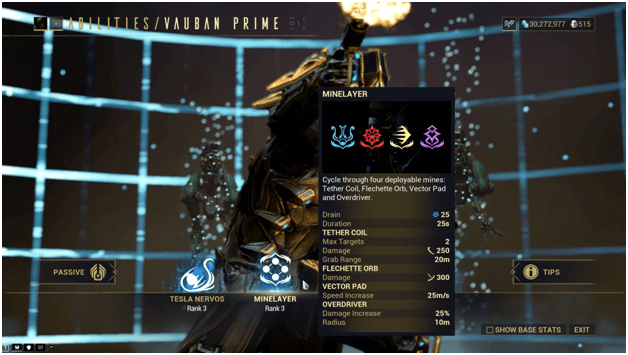 Vauban can choose between four different mines which are the Tether Coil, Flechette Orb, Vector Pad and Overdriver.

Each of the mines have a different effect and can be used to aid Vauban and his allies in different situations.

These mines are useful for dealing damage or giving Vauban and his squad mobility. 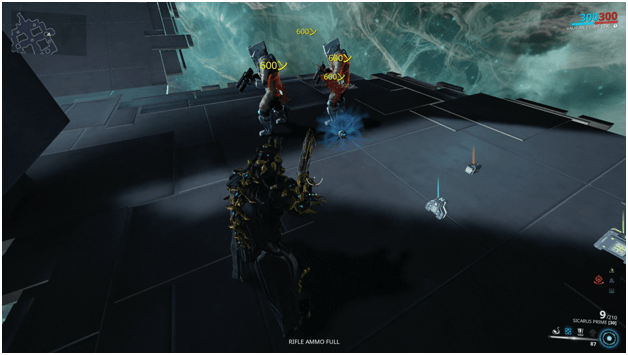 Once thrown, the flechette orb will hover and shoot scattered rounds in all directions, dealing damage to enemies in an area. 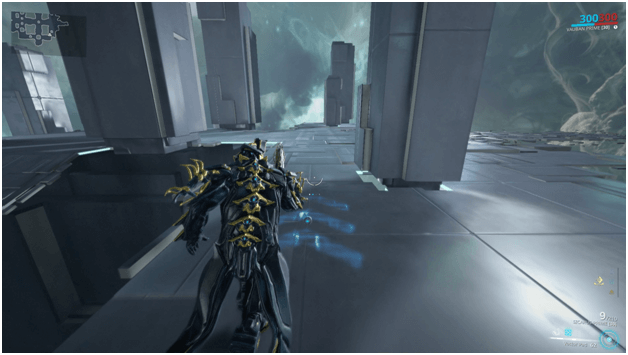 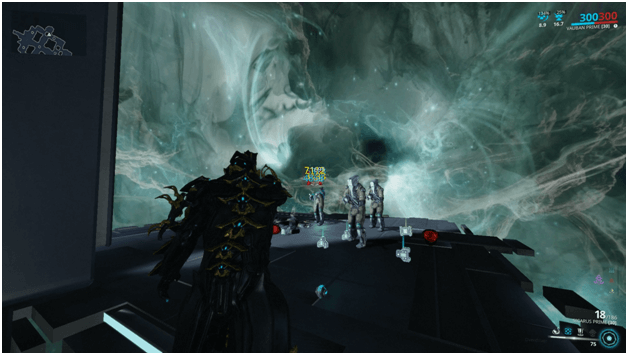 (Vauban affected by an Overdrive mine, shooting enemies)

Buffs allies after attaching to them, giving a certain percentage of damage increase for a period of time. 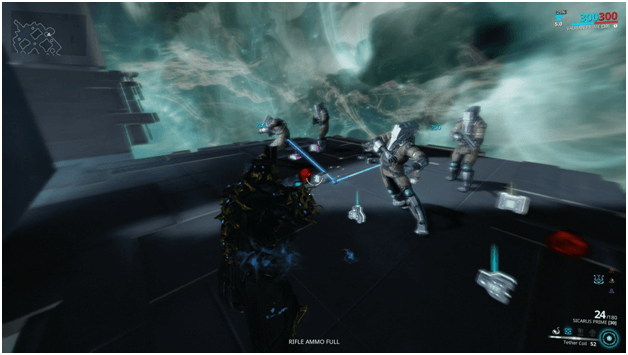 Quickly pulls enemies together and holds them for a certain amount of time until the ability ends. 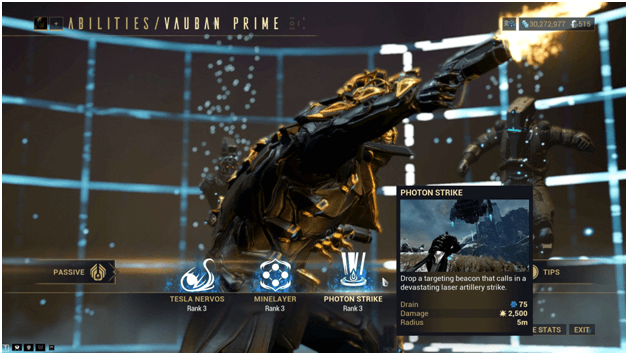 Throws a targeting beacon which marks a target location which an PhotonStrike will be fired upon, dealing a large amount of damage in an area.

Enemies will not only be damage but they will also be knocked back which gives a chance for another PhotonStrike or for you and you team to capsize on them being downed.

Using this ability is good for both dealing damage and knocking enemies down for crowd control. 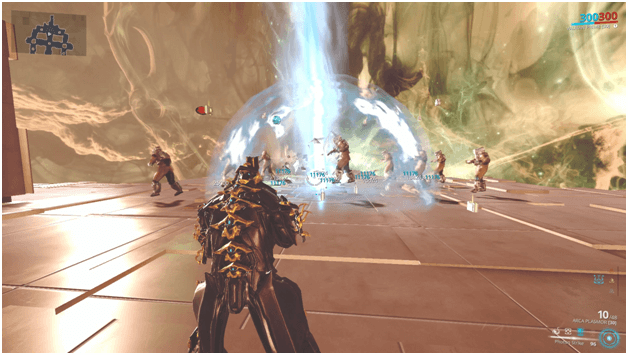 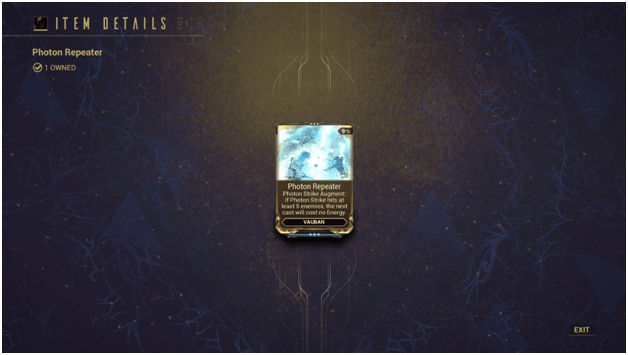 Augment Mod: Allows you to cast Photon Repeater with no energy cost if you previously hit 5 or more enemies with you last casting of the ability. 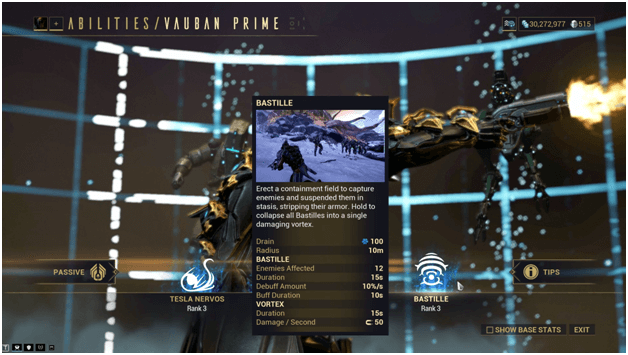 Causes an area to have a containment field which suspends enemies in the air and strips them of their armor for an amount of time to give to you and your allies.

The longer enemies are suspended, the more armor that is stripped from the enemies which means more armor for you and your allies inside the containment field.

Multiple containment fields may be created and will be activated when the ability lands.

Bastille containment fields will turn into vortexes after their duration is up or until they are forced into vortexes.

Holding the ability will cause all Bastille containment fields to turn into a Vortex which suck enemies in and render them helpless while taking damage over time. 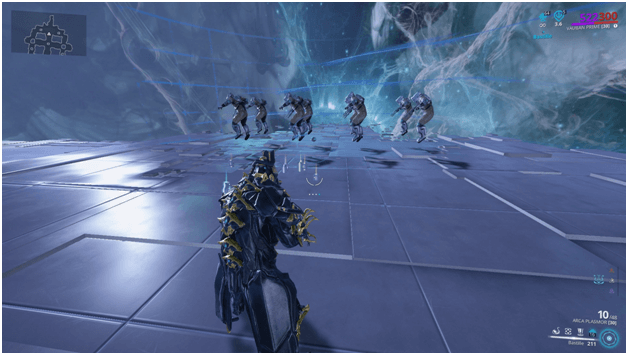 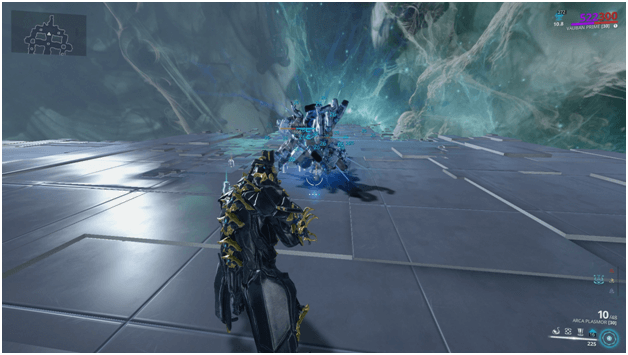 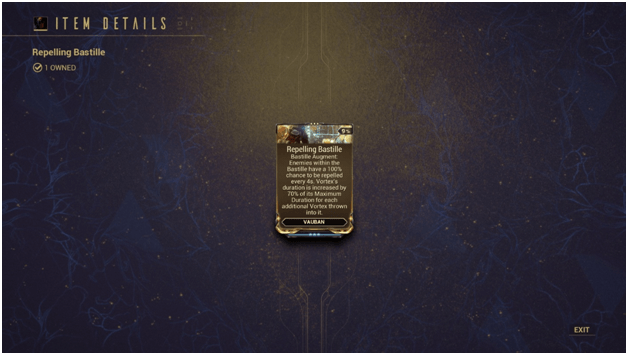 Augment Mod: Repelling Bastille causes enemies within bastille to be repelled every 4 seconds as well as increases the duration of Vortex by 70% for each Vortex thrown inside a previous one. 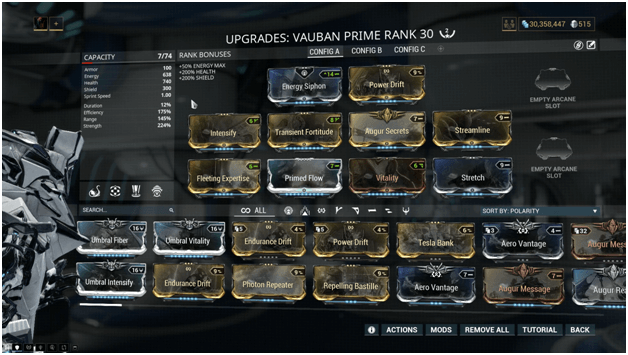 This build is mainly for dealing a high amount of damage with Vauban’s abilities by having a higher ability strength and ability efficiency.

With the high amount of ability strength, Vauban can deal more damage while the higher efficiency will allow him to cast his abilities more often.

Photon Strike has a heavy role with this build as most of his skill may require more duration to emphasize on them while Photon Strike needs to only be cast to deal its damage.

It is possible to replace one of the mods, preferably Vitality or Primed Flow with Photon Repeater to allow you to cast Photon Strike without costs after hitting 5 enemies with it.

Combining Bastille for its Vortex or to hold enemies in place can be an easy way to set them up to be hit by Photon Strike. 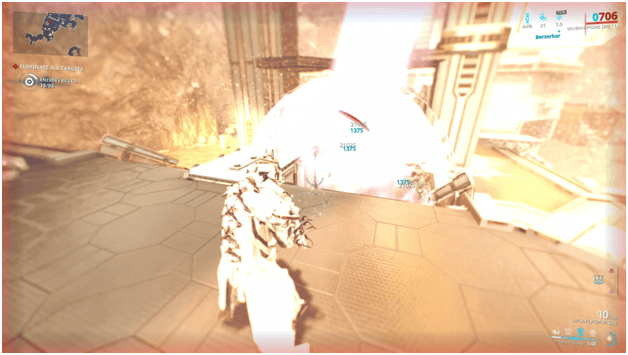 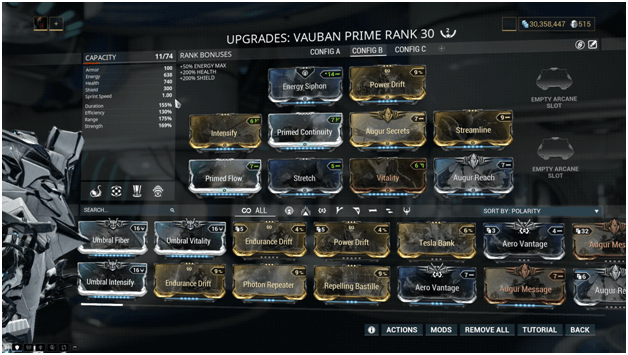 The Balanced Build aims to increase all of Vauban’s ability stats to increase everything to allow him to use his abilities more often with increased effects.

Vauban will be able to cast his abilities repeatedly and they will also deal more damage and have an increased range and duration.

This is good for setting up areas with several mines to take down enemies or defend an area as well as provide crowd control with Bastille.

This build is good for beginners and can be used for several playstyles where the usage of Vauban’s abilities is either repeated often or situationally used. 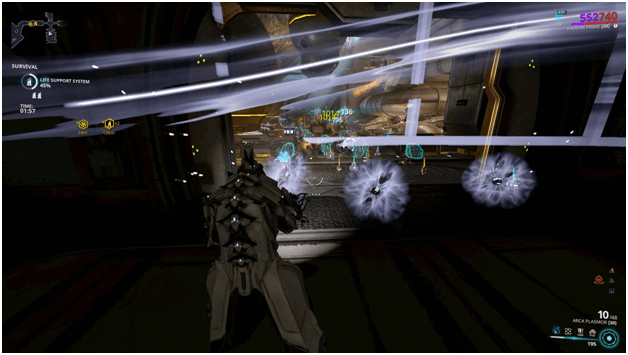 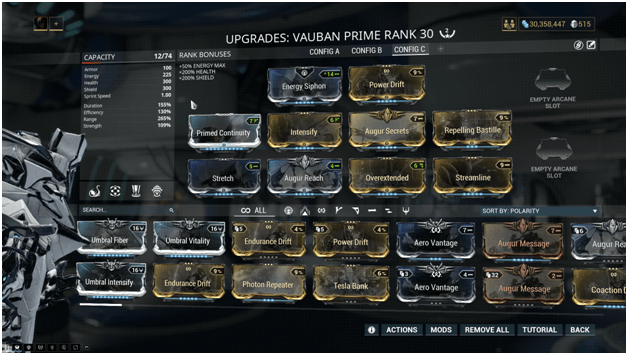 The Crowd Control build is meant to provide a large area with crowd control or to disable enemies so that you and your allies may take care of them easily.

Bastille will affect a very large area and enemies will be pulled from a much further distance when it becomes a Vortex.

This build is good for both supporting your team or disabling enemies so you can deal with them yourself in an easier manner. 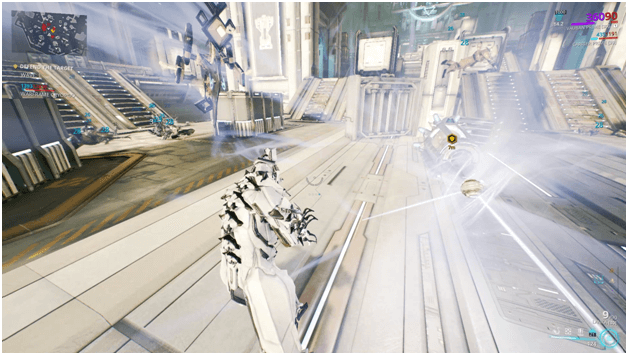 (Enemies being pulled into Vortex) 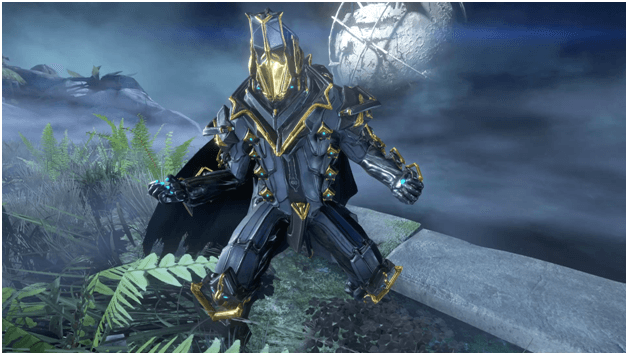 Vauban is great for both dealing damage and crowd control which he can combine to easily take out several enemies.

He is capable of securing a location or protecting an area from enemies and can easily bring them together for him or his team to deal with.

Photon Strike is a very powerful skill that Vauban can use for nuking enemies as it does a very high amount of damage alone and can be combined with Bastille which later is changed to Vortex for any easy Photon Strike.

Bastille and Vortex have been combined since a recent update making all those within Bastille later on get sucked into the Vortex.

Not only is Vauban great at crowd control but as a nuker he does a very high amount of damage and cane even use his mines to hold a location or boost his allies.