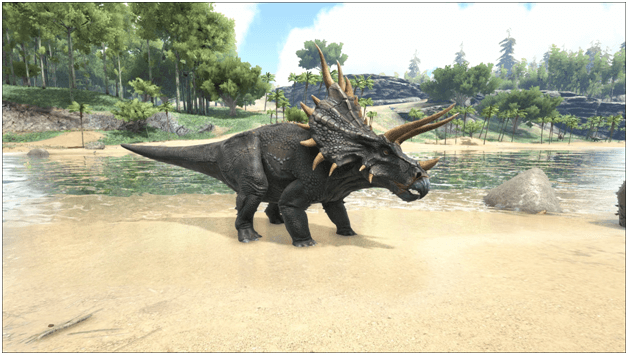 The Triceratops Styrax is a crossbreed herbivore of the Triceratops and Styracosaurus from the late cretaceous period which are commonly called Trike.

They tend to be docile creatures but when angered, they will immediately go for the kill, defending itself from predators or chasing down egg stealers.

Most of the time they can be seen wandering without paying attention to other creatures around them unless threatened.

A Trike will initially ignore survivors and other dinosaurs but the moment they are attacked or even accidentally hit, they will charge at the threat and attempt to flatten them.

Having a domesticated Trike provides a tribe with early benefits of easy berry farming and later on can be used as a tank due to its front sturdiness or an offensive tame with its Ram ability. 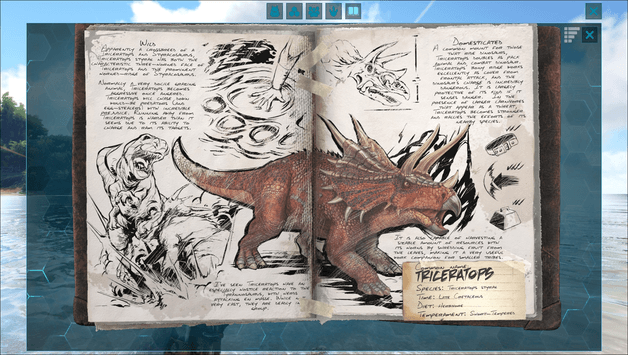 The dossier talks about how Trikes are docile but, in the event that there is a threat or enemy that angers it, running away seems almost impossible as it will chase you down indefinitely.

While Trikes do not initially attack, they will have a reaction to large threats such as carnivorous dinosaurs, staying alert and prepared face the danger head-on.

Trikes give tribes the advantage of having a cargo tame which also has defensive capabilities since its natural body structure provides defense and with the use of its ability to ram an enemy, it can fight predators and other enemies.

Utilizing its horns, the Trike can make a suitable harvester to shred bushes and trees, giving small tribes an easy solution to gathering berries as well as other resources. 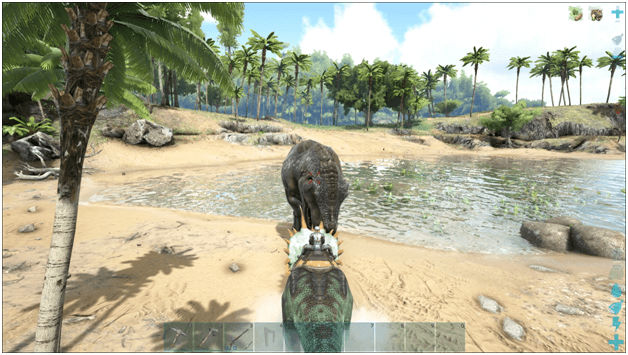 Holding down the ability causes the Trike to charge up, building power so that it can larger charge forward at enemies.

Once the Trike has charged up, releasing the ability will send it dashing forwards, knocking back any smaller dinosaurs or humans it comes in contact with.

The Trike will move forward very fast and its direction can be changed by looking at the desired direction you want to travel. 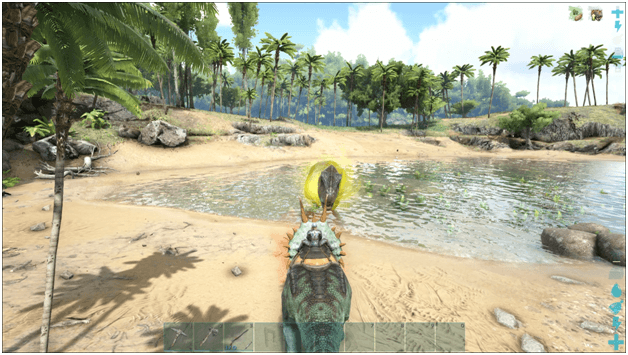 Hitting its target while charging will knock an enemy back and cripple it, causing it to move extremely slow for a period of time.

Charge by holding down 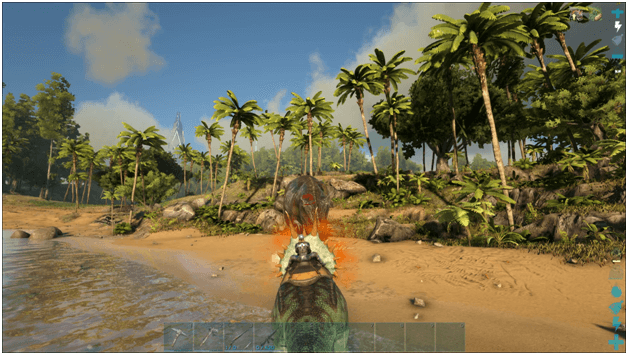 When larger carnivores are nearby, the Trike will emit a buff that increases it damage output, reduces damage taken and increases health by 10%

This makes them great for going head-on with larger dinosaurs and allows them to fight them off or tank dinosaurs when taming them.

The buff is shown by a red glow on the head of the Trike which is also good to alert players of nearby predators that are a threat.

Trikes are good at harvesting berries for tribes when starting out and they can also gather thatch and wood from trees.

The Trike takes reduced damage from its front and with the addition of its passive ability, it can take on a lot of damage from larger predators and be used in the front lines when in combat.

A Trike’s front is very sturdy and this allows it to soak bullets from turrets, making it essential for raiding enemy bases.

Using its Ram ability to slow enemies allows you and your tribe to take advantage of the slowed movement to either attack or escape.

How To Tame Trike? 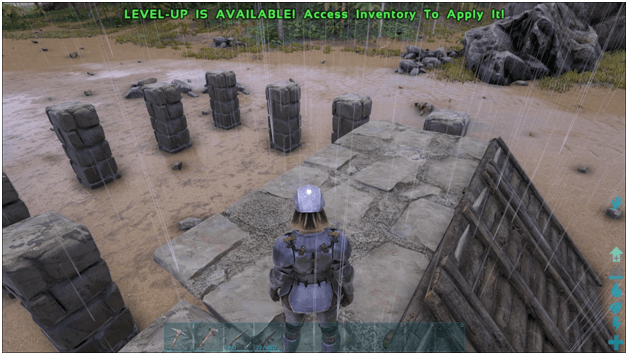 Trikes cannot walk over many obstacles and can be hindered by the simple placement of pillars.

Place pillars in a 4×4 arrangement and put one or two ceilings with ramps for them to walk over so that they fall inside the trap and become trapped. 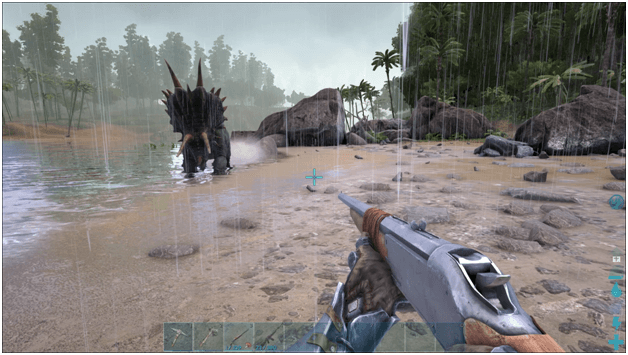 Once you set up your trap, begin by taking a shot at a Trike to lure it and bring it to a decent distance from the trap.

You will then lure the Trike to the trap but be sure that the path is straight as you don’t want any turns to avoid the Trike from going around the trap. 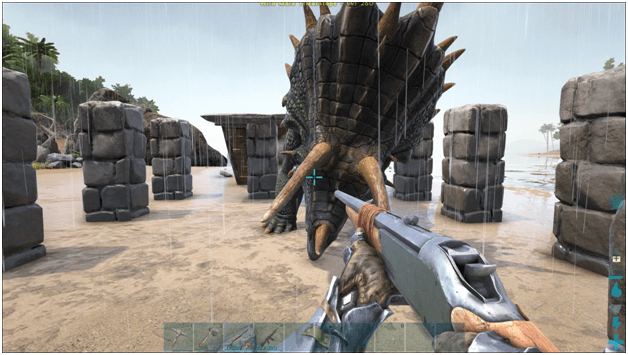 Walk up the ramp and into the trap so the Trike follows exactly the same path that you ran which will cause it to get stuck.

Exit through a gap between the pillars as soon as you can to avoid taking any damage as the Trike can be very strong. 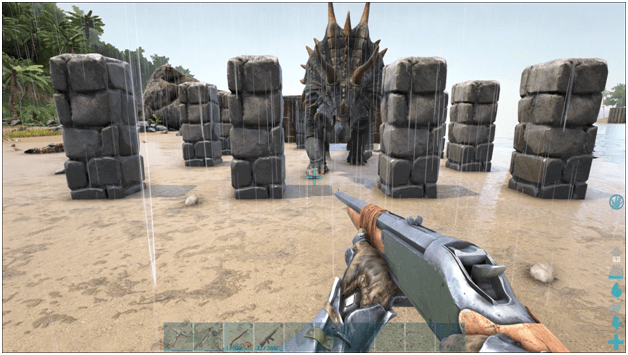 Begin taking free shots at the Trike with whatever you aim to knock it out with, this will be very easy as the Trike will have no place to go and you will be safe from its reach.

When luring the Trike, make sure you have a bit of a distance as they may be able to catch up to you and once they do this, the chances of you getting killed increase.

Beware of the knockback of their attacks which can cause you to get thrown in different directions and eventually end up getting killed.

Trikes will use their ram ability at times which means you should make sure you estimate the proper distance from your trap or else they will catch up to you. 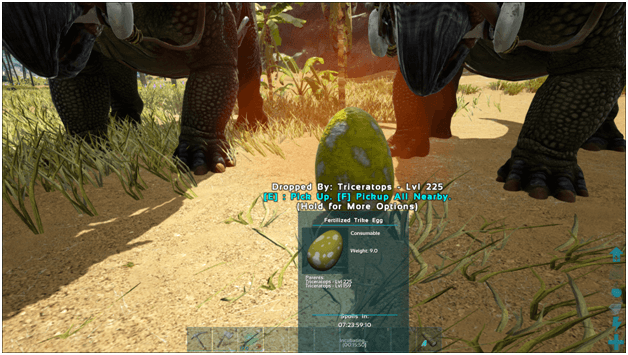 Two Triceratops can breed which results in the female dropping a Fertilized Trike Egg. 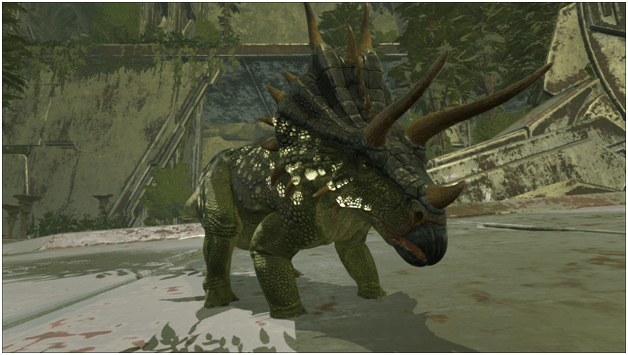 The Aberrant Trike spawns in the Aberration and Valguero maps.

Triceratops can usually be found wandering around in several different areas such as jungles or near the shore.

Maps where the Triceratops spawns:

The following are spawn maps where Trikes can be found: 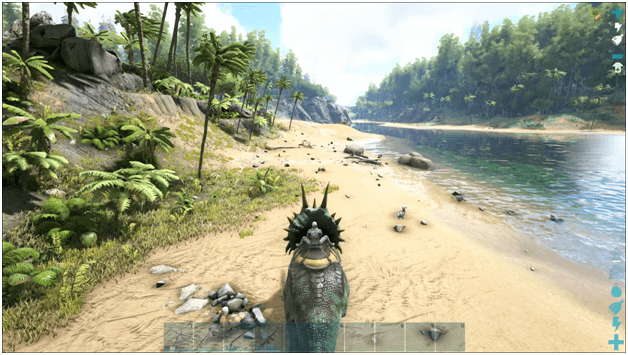 Trikes are great at harvesting berries for tribes that are in need of them when just starting out and their tough hide allows them to handle other predators when attacked.

Being a sturdy dinosaur, the Trike can be used as a frontline when raiding enemy bases and countering larger predators that are sieging your tribes base.

With its good defense and ability to disable enemies by slowing them, the Trike is great for both defense and offense aside from its gathering uses.