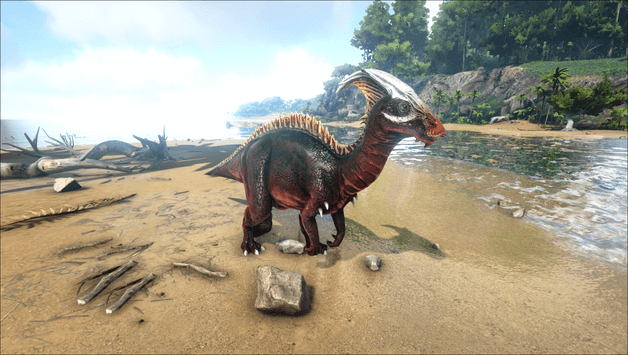 Parasaurolophus Amphibio are herbivores from the late cretaceous period that have a skittish temperament.

These dinosaurs roam around feeding on plants and attempt to avoid all types of predators or signs of danger.

A Parasaur will calmly walk around the area it is in and will ignore survivors but once threatened by a wild dinosaur or attacked by a survivor, they will attempt to run far away.

Tamed Parasaur provide tribes with an early advantage of carrying cargo around and can detect enemies in order to warn the tribe. 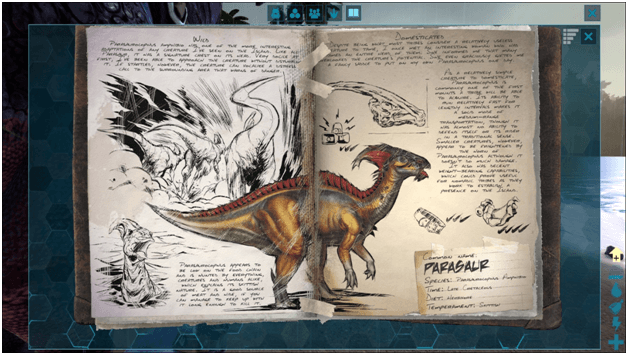 The dossier mentions the crest on the Parasaurolophus Amphibio which distinguishes it as a different dinosaur but still considered a Parasaur.

The Parasaur is one of the lowest creatures on the food chain and is targeted by several predators, both small and large alike which makes it easy prey.

Although the Parasaur may appear to be large, it barely has the ability to defend itself aside from being able to scare off smaller creatures. 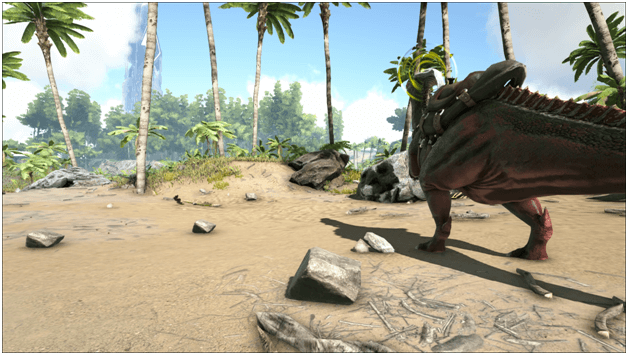 Parasaurs have the ability to detect enemies automatically nearby by being set on “turret mode” which will cause them to alert the player of nearby threats.

While in turret mode, the Parasaur will not attempt to move from where it is standing and will remain its ground until turret mode is deactivated.

This is very useful for detecting enemies that are hiding or for checking your surrounding for possible wild dinosaur threats or enemy players and tames. 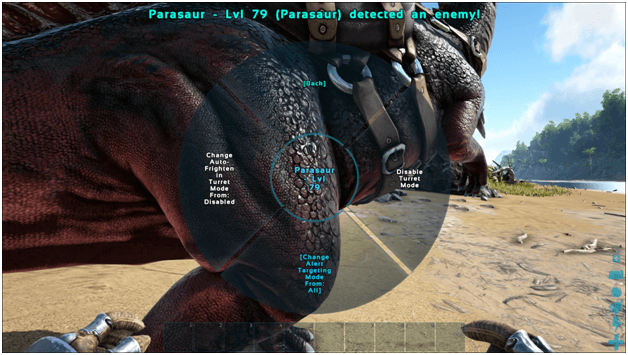 Opening the command wheel and selecting “behavior” will give you the option to toggle the Parasaur’s turret mode giving it the ability to automatically detect enemies.

You may open “alert settings” to access the different options such as what the Parasaur detects as well as if it will use its Frighten ability to scare of nearby smaller enemies.

It is also possible to toggle turret mode on and off in the alert settings menu. 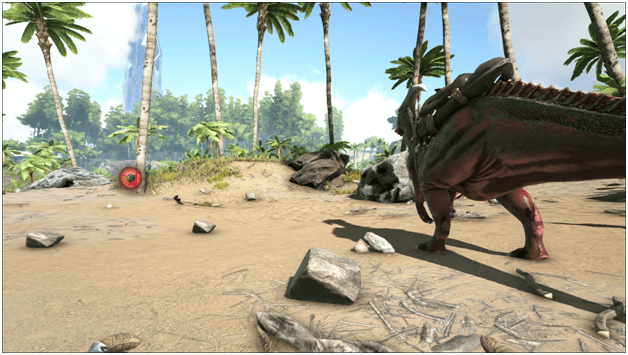 Enemies that are detected will be shown by a red marker which can be seen by you and your tribemates as long as you are near the Parasaur. 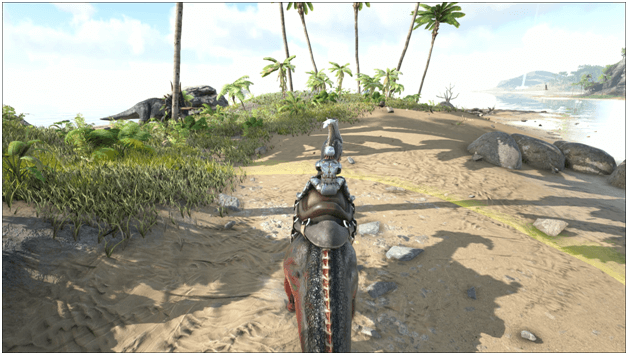 The Parasaur will emit a radial scan that expands outwards which will alert the presence of nearby threats, similar to how the alarm ability works by showing a marker.

This allows you to choose when to scan while you are mounted on the Parasaur which allows you to pick the timing when checking the area.

Using this can make it easy to spot your surroundings while you are travelling and can even help you track down enemies you are pursuing. 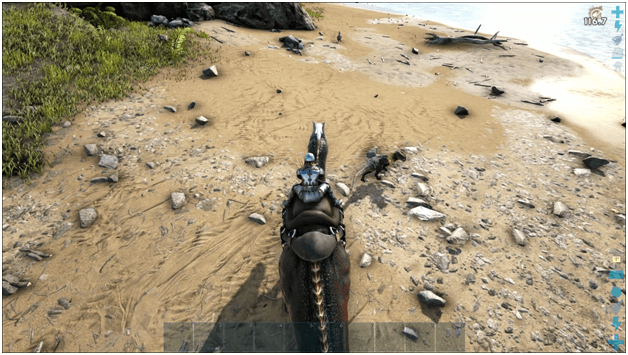 The Parasaur frightens nearby enemies that are smaller than it, causing them to stop what they are doing (including attacking) and forcing them to run away in fear.

This is useful for forcing smaller dinosaurs that may be bothering you so you have time to escape or take them down.

After using the ability there will be a 120 second cooldown before the ability may be used again, giving the Parasaur the Hoarse debuff.

Although the Parasaur does not gather as much as other tames do, it is capable of farming much more than a survivor can as well as carry a moderate amount of resources.

Running around can be tiring for any survivor but the Parasaur can be a temporary solution as it can be ridden across a good distance on land as a substitute to walking.

The Parasaur’s ability to detect enemies make it essential for base defense for alerting tribe members of possible danger as well as detecting enemies during attacks.

How To Tame Parasaur? 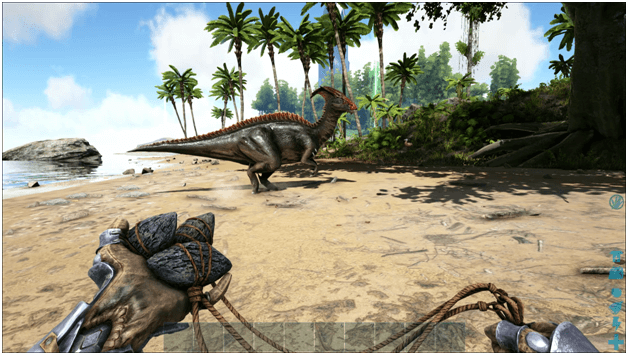 Taming a Parasaur is not that hard except for the fact that they may run away when being attacked via whatever method you are trying to tame them with.

This can easily be solved by using a bola on them to stop them in their tracks allowing you sufficient time to knock them out.

What Do Parasaur Eat in Ark? (Food) 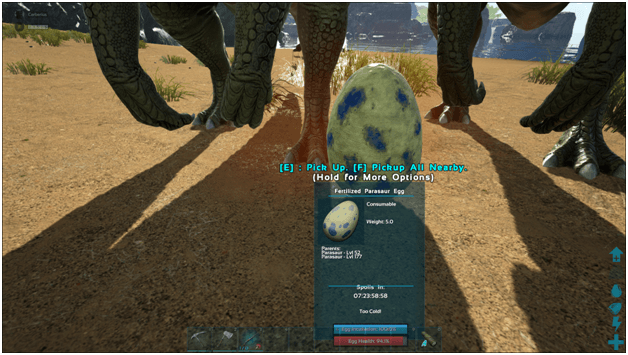 A Fertilized Parasaur Egg will be dropped by the female Parasaur after mating which is distinguished by its appearance having a whitish color with blue spots. 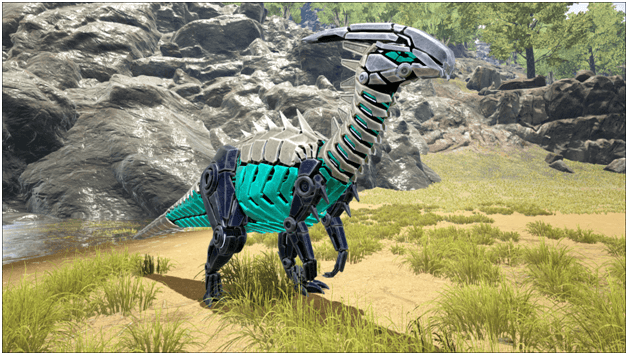 Tek Parasaurs have a chance to spawn as a replacement for other Parasaurs. 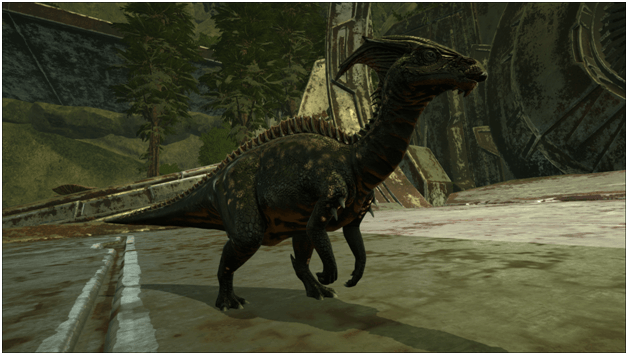 Aberrant Parasaurs can be found on the Aberration and Valguero maps.

Parasaur can be found mostly wandering areas with trees or along the shores of islands.

Maps where there are Parasaur:

The following are spawn maps where the Parasaur can be found: 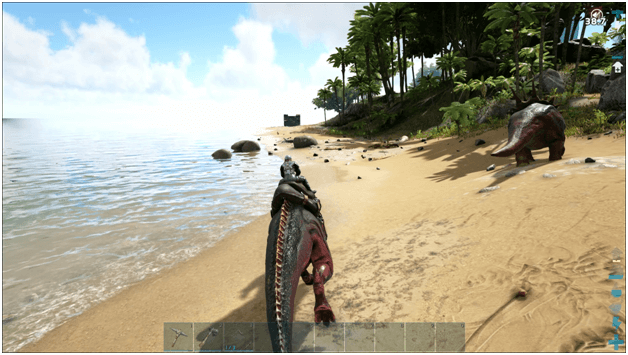 The Parasaur is a decent dinosaur when starting out as it is easy to tame and is no threat at all to the player.

Having a Parasaur early out in the game will provide you with extra carrying capacity as you can store your starting resources in it to be able to carry a lot more back to your base.

Its enemy detection abilities make great for staying safe and it’s Frighten ability can be a great advantage early on in the game since it can scare away smaller dinosaurs.