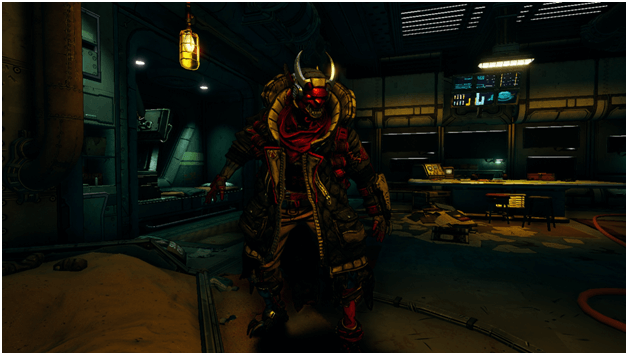 The Beastmaster, FL4K is a robot who has the characteristics of a hunter as he stalks his prey and tracks them down along with a trusty companion who follows him and aids him in battle.

His different skills allow you to adjust to however you prefer to play him where you can either go for a skill damage build, stealth build or a companion-based build. 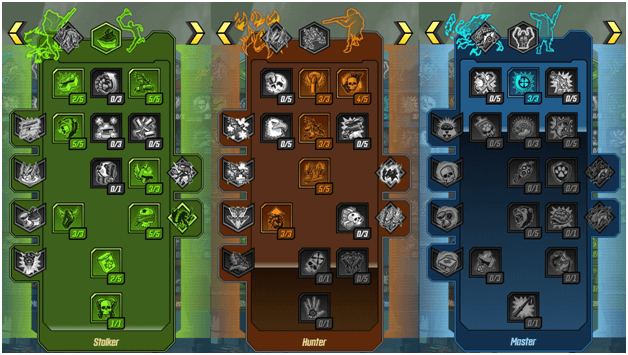 The Stalker build focuses on being able to do a lot of damage by using FL4K’s guns and the utilization of his active skill to have an edge when it comes to stealth and critical hits.

Furious Attack not only works well later in the endgame but it also gives a significant boost when starting out as the increase in both handling and gun damage by just damaging enemies makes a big difference.

Eager To Impress becomes very vital his build as it allows his active skill to cooldown faster when either FL4K or his companion kill an enemy.

While we have Self-Repairing at only level 2 since Turn Tail and Run offers a good amount of survivability with the damage reduction and health regeneration.

Aside from the boosts from Turn Tail and Run which not only give survivability it also gives an increase in damage while being still as well as fire rate which goes good with Hidden Machine, which grants more damage when unseen or untargeted by enemies.

Rage and Recover give Fl4K a good amount of survivability as he can utilize the health regeneration after kills as he moves around or goes invisible.

The Power Inside is vital and very overpowering as it gives FL4K the ability to deal more damage after using his active skill.

FL4K’s active skill, Fade Away allows him to become invisible for a period of time and give him 3 charges which make all his shots deal critical damage, giving him a stealth approach as well as high damage output.

While Fade Away is active, FL4K also gains increase health regeneration and movement speed which allows him to use the active skill to reposition himself, escape danger and mainly deal high amounts of damage.

We use the Until Your Dead augment to keep the effects of movement speed and health regeneration active even after the ability ends for a period of time while we also include Unblinking Eye to further increase the critical damage each time an enemy is shot.

The pet chosen for this build is the Gunslinger Jabber since it improves the movement speed of FL4K which allows easier relocation as well as increased critical damage, further increasing his damage capabilities. 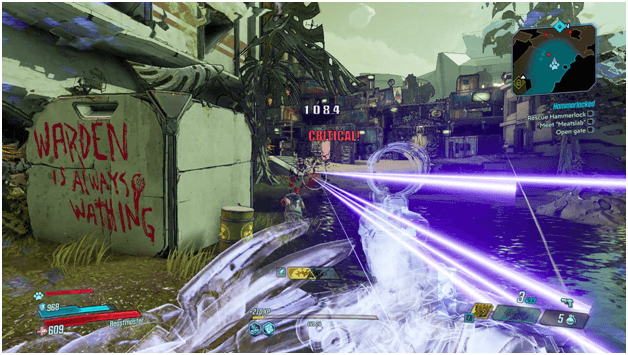 This build works well when a more careful approach is preferred when it comes to fighting enemies and FL4K ends up with more survivability by being able to regenerate health often as well as use his active skill for an advantage in battle.

Eager To Impress provides a huge bonus along with Head Count front the hunter skill tree which allows FL4K to reduce the cooldown often, allowing him to use Fade Away several times. 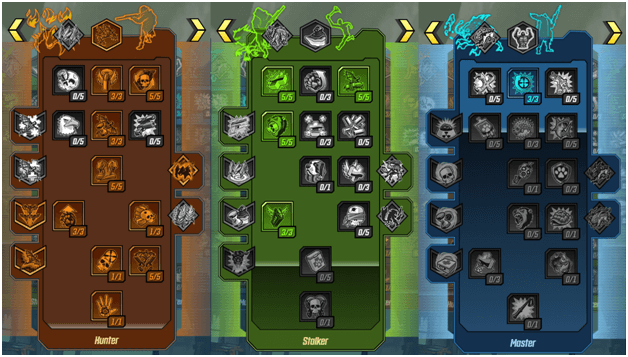 The Hunter build focuses on dealing high amounts of successive damage to enemies with rapid fire and increased damage due to fast shots with a chance for additional hits and the usage of Rakk Attack.

Leave No Trace is vital for this build as it gives a high chance to add ammunition to FL4K’s magazine with whichever weapon he is using, allowing him extra shots before reloading.

Avatar works great with this build since it allows you to recast your active skill without waiting for the cooldown which makes it very useful when you need to deal a large amount of damage in a small period of time.

Second Intention gives FL4K an increased amount of reload speed when he kills an enemy which is doubled when a critical hit kills his enemies which allows more successive shots regardless of the weapon and usually makes a huge difference with weapons that have a smaller magazine.

Head Count gives a chance for active skills to cooldown faster when critical hits occur which can easily replenish the charges for Rakk Attack, allowing FL4K to almost spam his ability most of the time.

Two F4ng causes FL4K’s shots to have a chance to fire off an extra round, greatly increasing the amount of damage that can be dealt within a short period of time and since there is no cooldown, this can be occur countless times.

Big Game improves the effectiveness and duration of FL4K’s hunter skills which makes it good for overall performance, especially with the addition of The Most Dangerous Game passive which grants increased gun damage, critical hit damage and handling after killing a badass enemy.

Galactic Shadow permanently increases the critical damage that FL4K does and makes his attacks even deadly since he will be able to fire off several rounds before reloading.

Grim Harvest gives a permanent increase in gun damage and active skill damage which goes well the playstyle of this build since FL4K will be firing off a lot of shots and using Rakk Attack when fighting enemies.

To further bolster the build and add up to all of the passives and make the play for this build even more effective, we have Megavore to increase the critical chance of FL4K’s weapons when firing at enemies which can occur regardless of where he shoots them.

To go along with FL4K’s ability to fire multiple shots and deal several critical hits, we add in the Rakk Attack active skill which can later on be spammed while dealing damage, giving FL4K the opportunity of having a very high amount of damage per second.

We have selected to use the Spiderant Scorcher as a pet since it increases elemental damage as well as the health regeneration that FL4K has.

Although the Scorcher Spiderant helps with damage and survivability some see this as a lesser companion and can resort to selecting a Jabber instead from the Stalker skill tree. 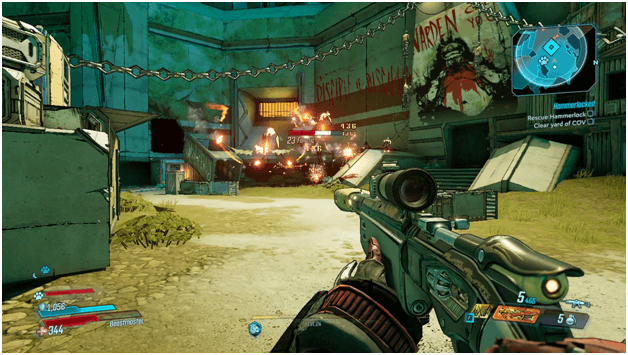 FL4K will be dealing a lot of damage with this build because of the chance to deal a lot of critical hits as well as his advantage of using Rakk Attack multiple times during battle.

This build offers a large amount of damage output with slightly lesser mobility and survivability but is still very effective, especially when used by skilled players. 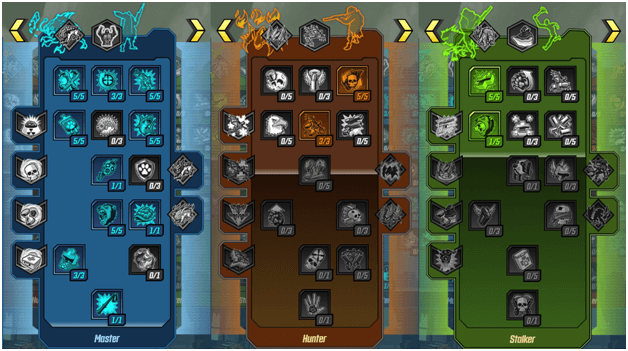 The Master build focuses mostly on FL4K’s pets, making his companion strong and capable of dealing high amounts of damage to assist him in fights.

Ferocity allows pets to have a higher amount of damage, even from the start since it can be learned as one of FL4K’s first skills in the Master skill tree while Go For The Eyes causes its first attack to any enemy to be a critical hit as well as increasing the damage of all of its critical hits.

Who Rescued Who is vital for survivability as this allows FL4K to keep his companion alive when he does damage as well as his pet to give him increased health regeneration when it attacks an enemy, allowing them both to last longer in battle.

Frenzy improves the damage for both FL4K and his companion whenever the companion deals damage, increasing the damage output for both of them.

Psycho Head On A Stick allow FL4K to boost the performance of his pet when he kills an enemy which give his pet more movement speed and damage.

Since this build focuses more on FL4K’s companion, adding barbaric yawp to the build makes up for any shortcomings by increasing the stat bonus that pets grant FL4K allowing him to match up with his pet when it comes to performance.

Mutated Defenses is very important for this build as it gains increased damage reduction and health regeneration when it is near death, allowing it to stay alive often during fights as it has an important role with this build.

Pack Tactics permanently increases both the damage and max health of FL4K and his pets which plays well later on at higher levels.

Dominate is a very unique passive which allows FL4K to cause an enemy to fight for him for a period of time as well as take damage, allowing FL4K to get more damage on his side.

We use Gamma Burst as the active skill with this build since it allows FL4K to teleport his pet to a desired location which deals damage in the area as well as temporarily boosts the pet in size and give it increased radiation damage.

Gamma Burst is augmented with Atomic Aroma which causes the pet to have an aura that deals radiation damage to nearby enemies, making it good for increased damage per second when the pet is fighting enemies.

The Endurance augment allows the effects of Gamma Burst to last longer each time an enemy is killed and also gives increased damage which stacks for a higher boost. 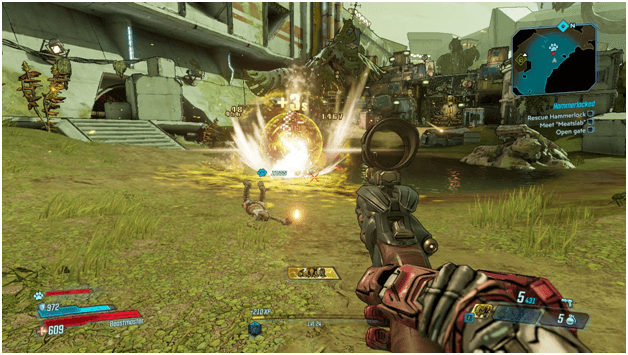 FL4K’s pet mainly plays a huge role during fights and can pretty much tank most enemies and deal a high amount of damage and even when downed, the pet can take out enemies to revive FL4K.

Not only does the pet deal a good amount of damage and withstand it but it also give FL4K a boost which makes him just as strong, this works hand in hand as FL4K and his pet both deal good damage to enemies while FL4K can lay back a bit so his pet can tank enemies for him.

We use the Great Horned Skag for an increase in gun damage and overall damage as well as its ability to knock enemies into the air.

The Eridian Skag may be chosen as well for an increase in damage and fire rate as well as its Singularity attack which pulls enemies nearby. 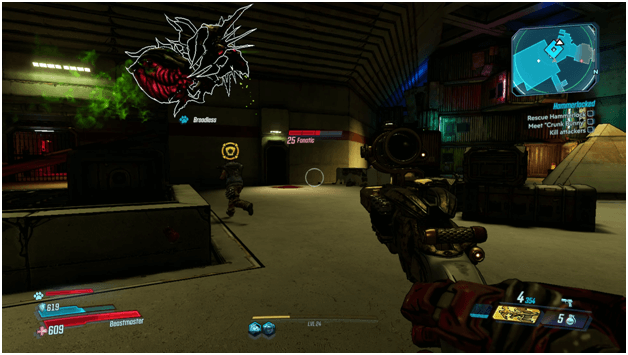 FL4K has several different playstyles and with the help of his pets, he can be played in several fun and effective ways depending on who you wish to face your enemies.

Aside from the bonuses that FL4K gains when a pet is selected, each pet also has its own unique attack which can be utilized for strategic play.