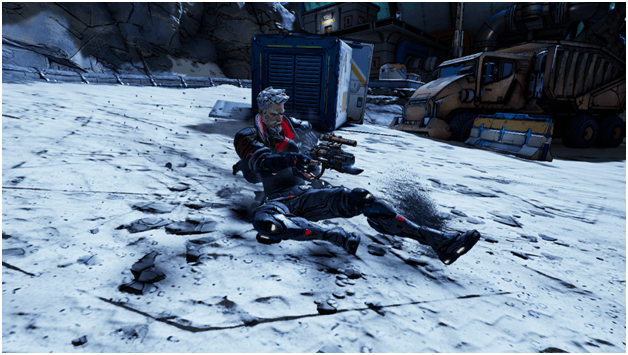 The Operative Zane uses his skill, trickery and gadgets to manipulate the battle and take down his enemies with strategy and agility.

He is capable of using his drone which flies around firing at enemies, a barrier that blocks projectiles and increases the damage of his and his allies and even summon a clone that distracts enemies which he can also swap places with. 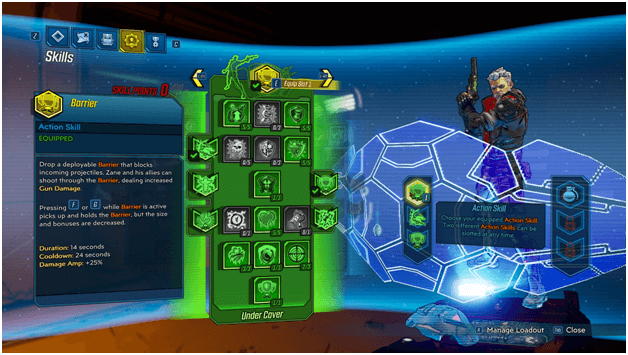 Zane deploys a barrier that blocks incoming projectiles from passing through, shielding him and any allies behind the barrier.

The barrier initially lasts 14 seconds until it disappears and will have a cooldown of 24 seconds after the ability has ended. 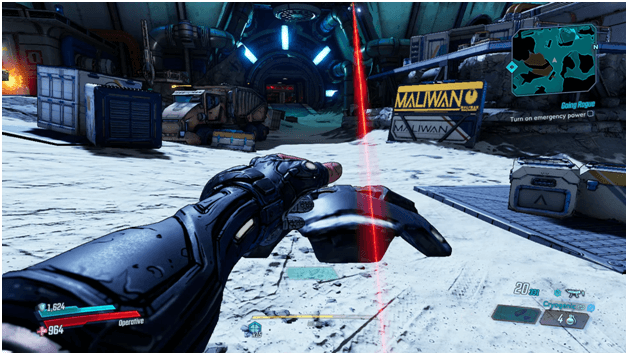 Upon activating the skills, Zane will immediately toss the barrier device in front of him which will then activate after a few seconds. 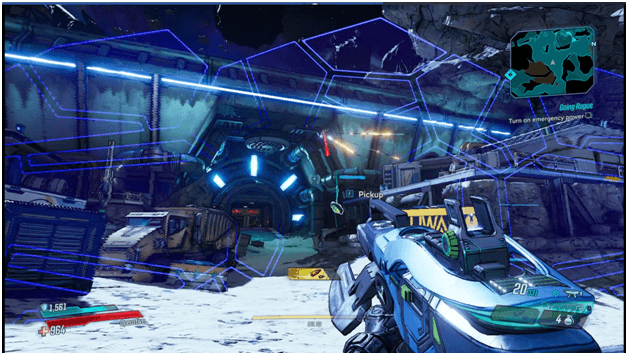 Projectiles fired from enemies will hit the shield and no damage will be taken by those who are protected which also works with area of effect projectiles.

As long as the shield is active, firing your guns will increase the damage done when your projectiles pass through the shield and hit enemies. 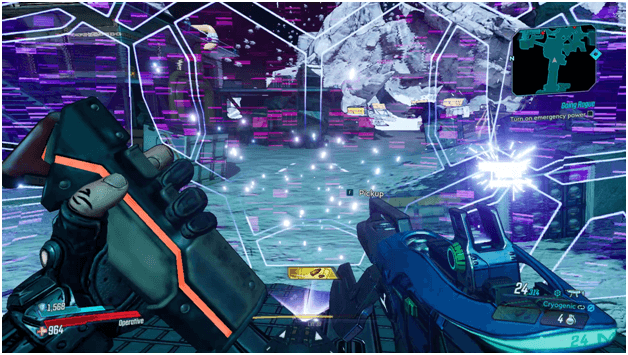 Activating the skill while near the barrier will allow you to pick up the shield, making it stay in front of you at all times and giving good protection from your front.

Picking up the barrier will allow you to move around with it but will also decrease the size and the bonuses that come with it. 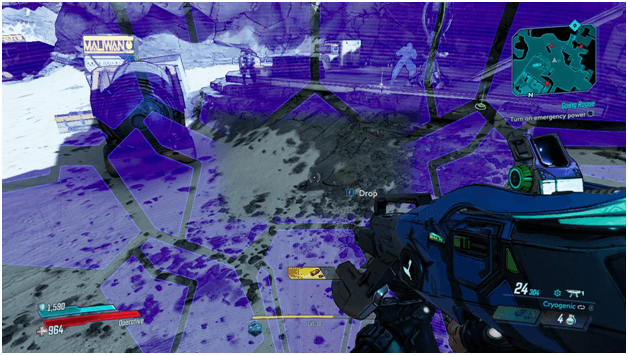 This skill become very effective when you are either in a tight spot or when you are fighting enemies head on as you can always protect your front or use the barrier while advancing.

Making use of the barrier most of the time will be a huge benefit in many situations as well as the other effects that may be added through the skill tree. 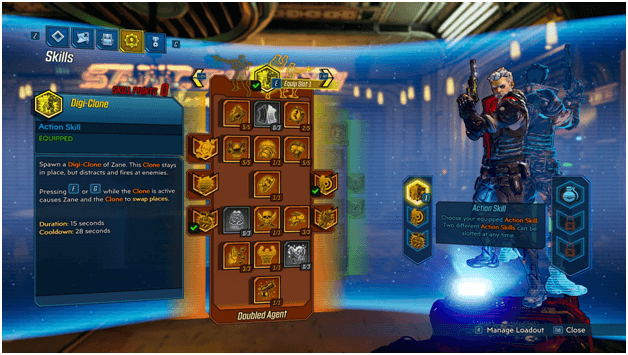 Creates a holograph-like clone of Zane which stands in one spot and continuously attacks enemies that are in its line of sight.

Zane can immediately switch places with the clone anytime he wants when you activate the skill again while it is currently active.

The skill lasts for 15 seconds and will have a cooldown of 28 seconds when it ends. 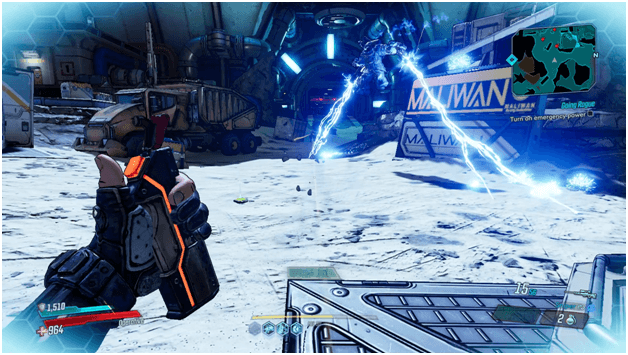 Upon activation, the clone will be spawned a few meters in front of Zane and it will immediately begin to fight enemies. 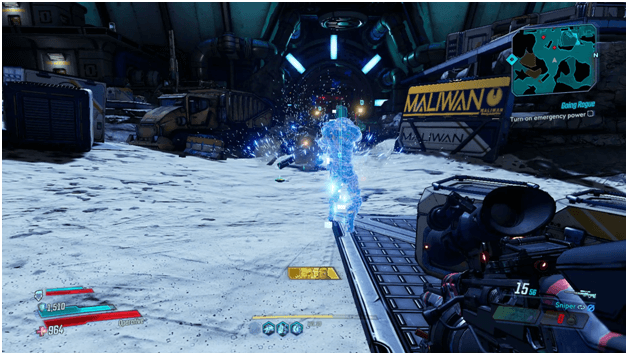 Enemies will target the clone when they see it which will allow you to fight while taking less or even no damage as enemies can be distracted by the clone, giving you a large window of opportunity. 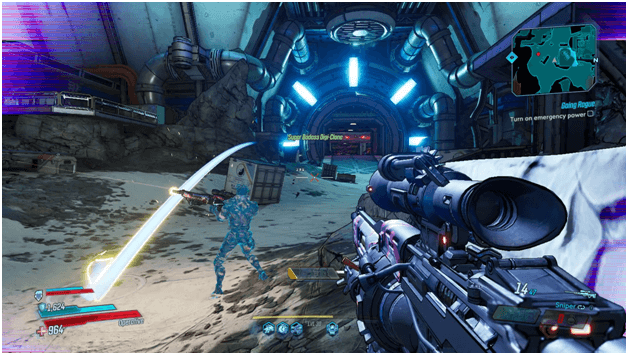 As the clone remains active, enemies will fire at it but there is still chance that Zane may be targeted so its best to keep some distance if you are trying to avoid contact with the enemies. 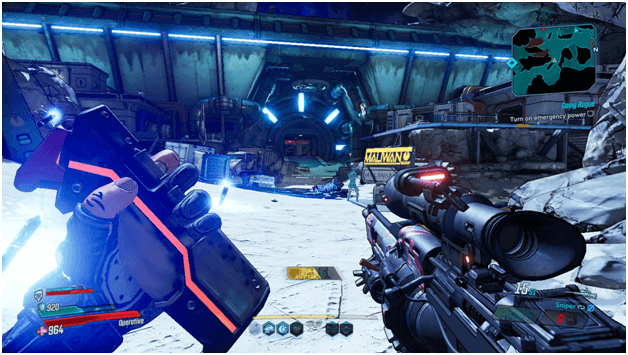 You can switch places with the clone which can travel you great distance or help you get out of trouble, making this a very strategic skill to use. 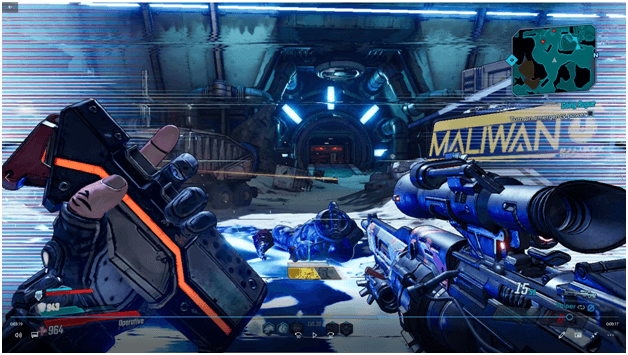 Swapping places with the clone will happen instantly when you activate the skill so be ready if you plan to use it offensively.

This can be effective if you plan to rush in to a fight where you can leave the clone, rush in and go guns blazing then swap yourself out to when needed.

Using this ability can help you get around enemies in fights and help you better position yourself during a battle. 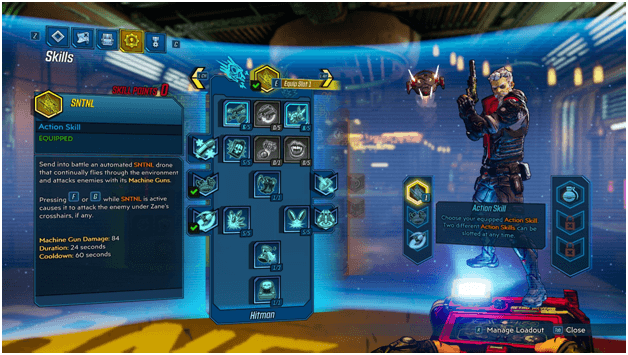 Summons a drone to fight alongside you for a period of time which is initially equipped with a machine gun and can later on be equipped with additional weapons.

The drone will last for 24 seconds and will continuously seek out and fight enemies that are nearby and will have 60 second cooldown after its time is up.

You may choose what it will target by pressing the skill button again while targeting an enemy to have it focus it’s attacks on that target. 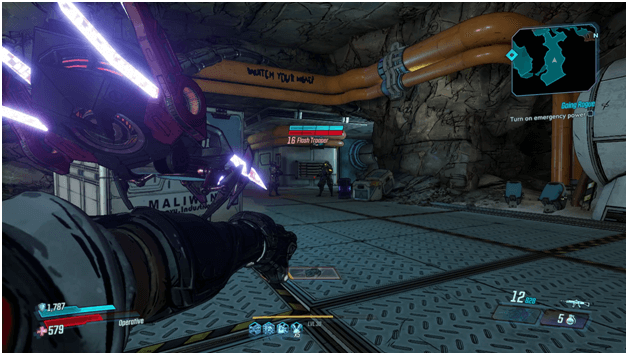 Activating the skill will cause a short animation where you release the drone form your left arm side and it will fly off and hover around you and seek out enemies if there are any nearby. 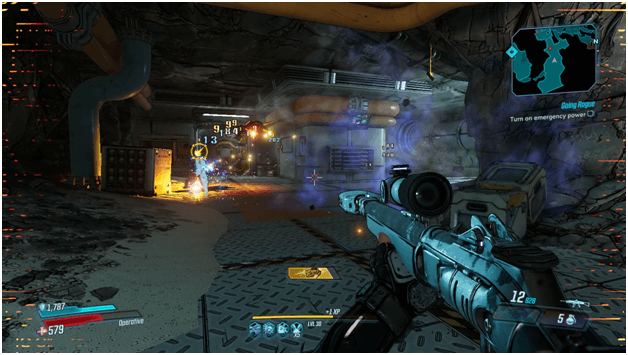 Enemies will not be able to destroy your drone but your drone will freely deal damage to them by firing at them from afar or even going near them and firing at a close range. 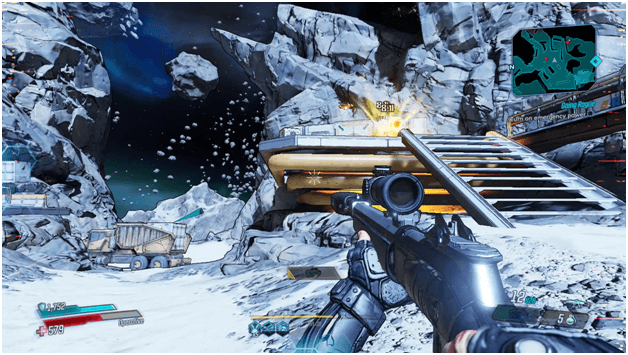 Later on, the drone may be upgraded with augments which furthermore increase the damage it does and gives it access to deadlier attacks or even special functions for you to use.

This is a great way of helping you deal damage to enemies as well as a good way to initially attack enemies that may be near you and even those you can’t reach.

At higher levels the drone is capable of dealing a large amount of damage and can help you clear out enemies.

During Fight For Your life, your drone may kill enemies which can help you get back up without the need for anyone to revive you. 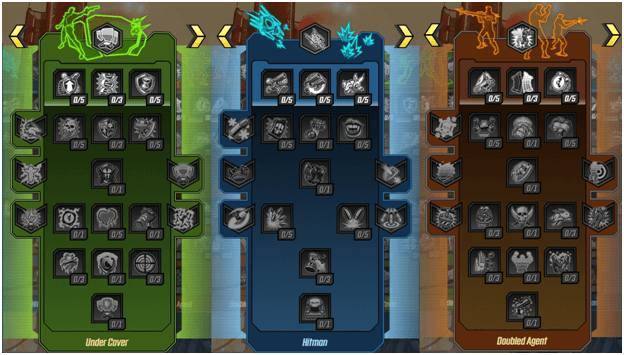 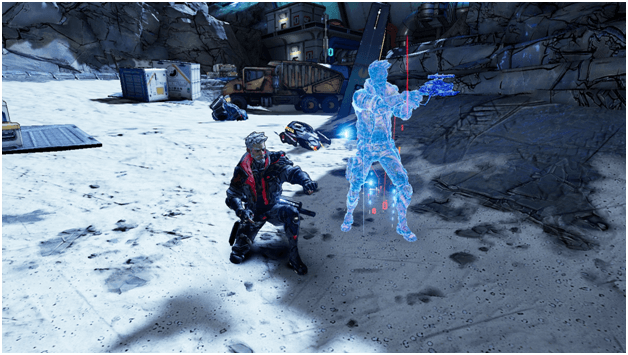 Zane is capable of having 2 active skills equipped, allowing a very adjustable type of playstyle for those who want to use more than one of his abilities.

This cane be strategically combined to come up with playstyles and plans when engaging enemies and making use of the skill tree passives to modify both Zane and his abilities can make him a very talented character to use.

Making use of his different gadgets he can easily change the outcome of fights and have different approaches when it comes to fighting his enemies, giving him offense and defense depending on how his skills are used.