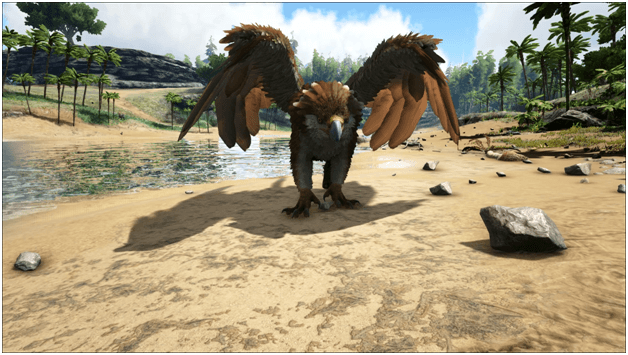 Gryphon Magnifiicum is a majestic and carnivorous creature from an unknown time which flies around wherever it pleases, killing anything that dares cross its path.

The Griffin’s sheer power and speed make it a deadly creature, allowing it to dive at high speeds for momentum when using its sharp claws to attack its enemies.

Griffin can be seen flying around in Ragnarok and will attempt to kill both humans and wild creatures that come too close to it.

Take heed when approaching a Griffin as it will attempt to kill you and your tames when you get too close to it as it is very aggressive.

Should you manage to tame a Griffin, you will be able to use it to not only fly around at fast speed but also do heaps of damage to those who are unlucky enough to stand out in the open. 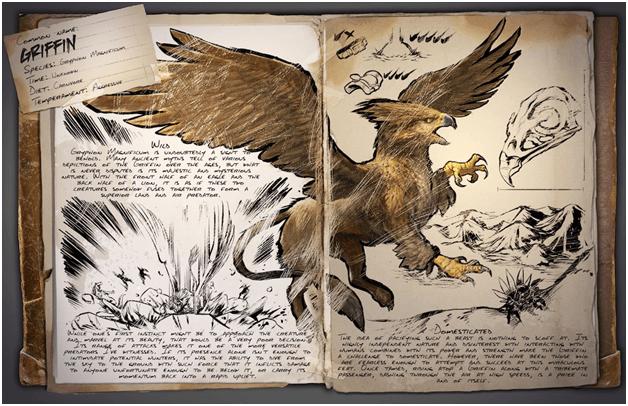 The Griffin is said to be one of the most amazing things that one could ever see as it is a combination of a lion and an eagle, making its origin unknown.

Capable of being a predator on both land and in the air, the Griffin proves to be a very deadly enemy and with its swift movement that grants it a momentum when it does certain attacks, one’s life could come to an end quickly.

A Griffin may not be the easiest creature to tame but once you have successfully domesticated one, the benefit of you and a passenger may ride on its back and make use of its deadly strength. 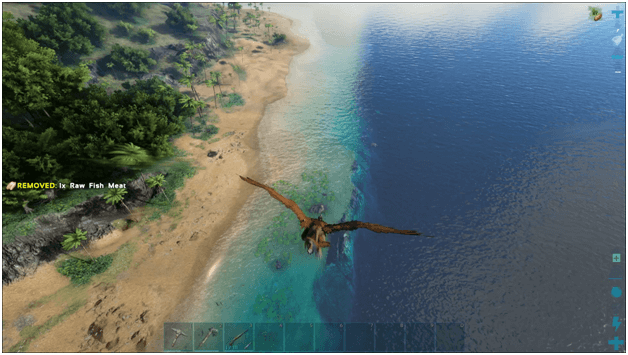 The Griffin has the ability to dive down at a fast pace, allowing it to fly from one point to another in merely seconds.

This becomes very handy when chasing down enemies, positioning yourself during battle and escaping from danger.

Dive opens up the Griffin to do other abilities such as Dive Swipe and Dive Bomb and may be easily done.

(While looking diagonally or straight down, hold forward and sprint) 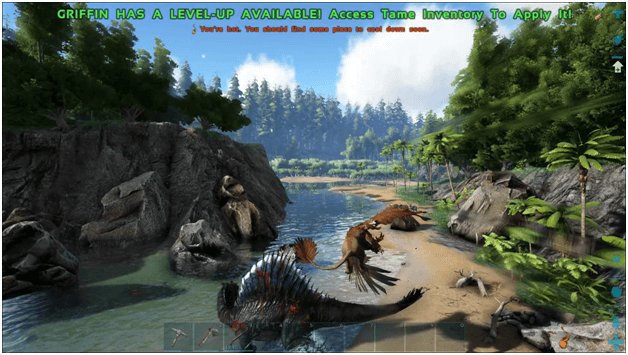 During a dive, the Griffin is capable of dealing a very powerful swipe attack which deals a increased damage based on its melee damage.

This ability can hit several enemies in a straight line, making it easy to clear enemies and wild dinosaurs alike. 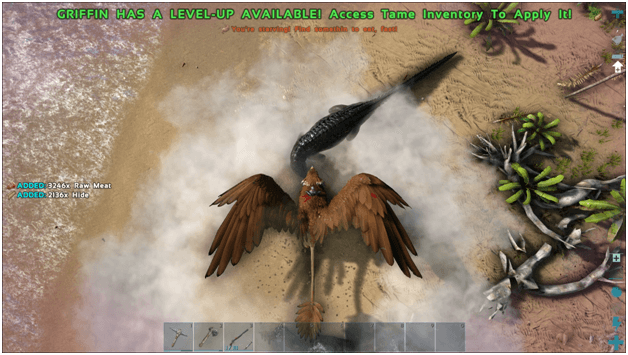 With a huge amount of speed, the Griffin flies straight to the ground, landing with such force that those around it are damaged.

This is done by diving straight down until reaching the ground or any other surface below the Griffin.

Enemies will take damage in the wide area around the Griffin and no fall damage will come to the Griffin.

(While facing straight down) 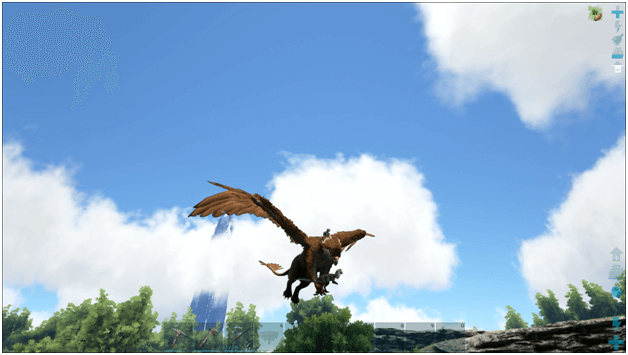 The Griffin is capable of picking up creatures smaller than it, including humans which it can hold onto until released.

This is great for capturing smaller dinosaurs and enemies or even transporting your own small dinosaurs or tribemates and allies.

With their ability to dive and glide at fast speeds, Griffins are capable of moving across large distances within a short amount of time.

A Griffin can deal a lot of damage when it is diving and it also very fast, making it capable of catching up to enemies as well as outmaneuvering them to deal damage.

Not only can the Griffin damage air creature but it can also assault land enemies as well, especially when coming from the air.

The Griffin can carry an additional passenger on its back and grab a survivor or smaller creature, meaning it can bring 3 survivors to a location at the same time.

With its incredible speed and ability to fly in different directions, the Griffin can easily pick other survivors off their mounts or off of the ground.

The rider as well as passenger may both equip a weapon when on the Griffin, allowing them to fire tranquilizing weapons at creatures that are to be tamed.

Due to its ability to fly at incredible speeds and its ability to deal large amounts of damage, the Griffin is an excellent mount when it comes to stealing Wyvern Eggs.

How To Tame Griffin? 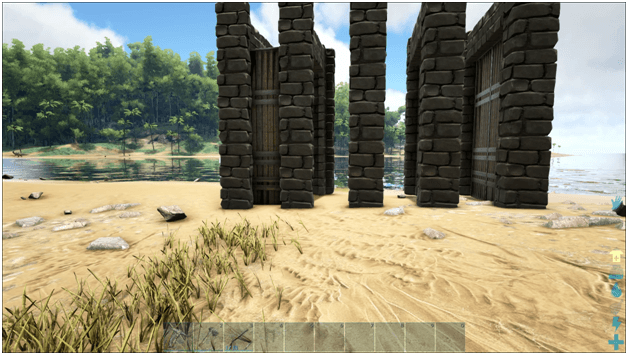 A Griffin can be tamed easily if lured into a trap which is commonly done by using dinosaur gates and aligning them with at least four or five frames and a gate on each side. 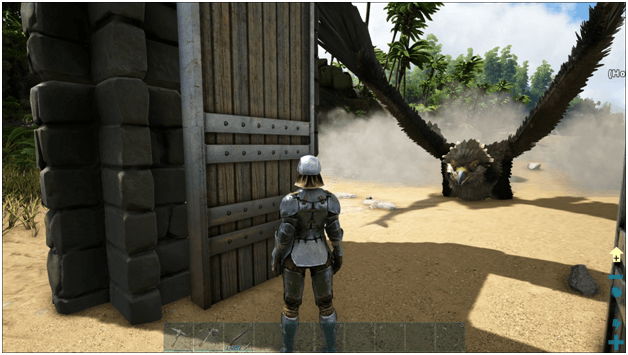 You will need to get the Griffin to chase after you and head into the trap until it follows inside an you escape through the space to go around and close the gate. 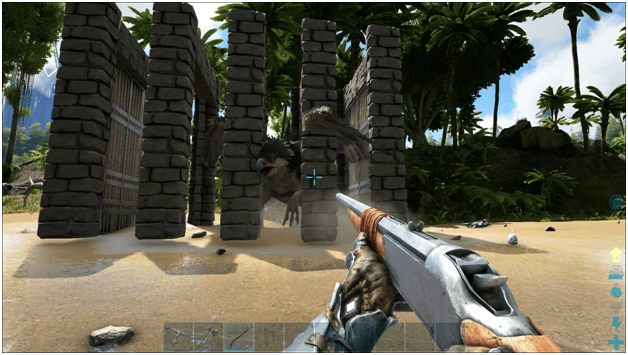 Once trapped, you can begin firing your tranquilizer weapons at the Griffin in order to knock it out to tame it.

Griffins do not need saddles and may be ridden once they are tamed.

Griffins are not can not be bred and the only way of obtaining more is by taming them.

Griffins spawn in high areas such as canyons or mountains and later off wander around them or even into forests.

They were introduced when the Ragnarok map was released and can only be obtained in areas within the map: 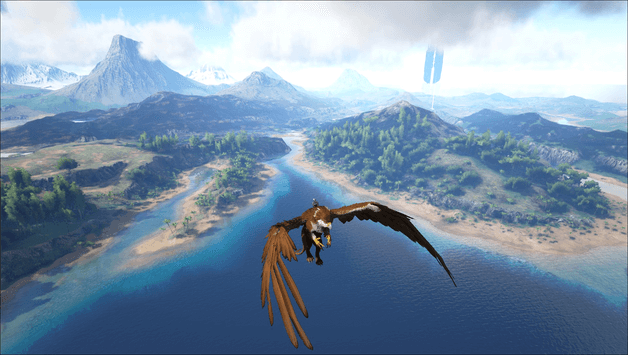 A Griffin is indeed one of the strongest and fastest flyers in the game and make excellent mounts when exploring and battling enemies due to their agility and strength.

Its immense speed allows it to chase after enemies that it aims to kill or to escape when in tough situations.

As it is majestic, the Griffin remains as one of the rarest and deadliest creatures that have been found in Ragnarok.

How to Hatch Eggs in Ark