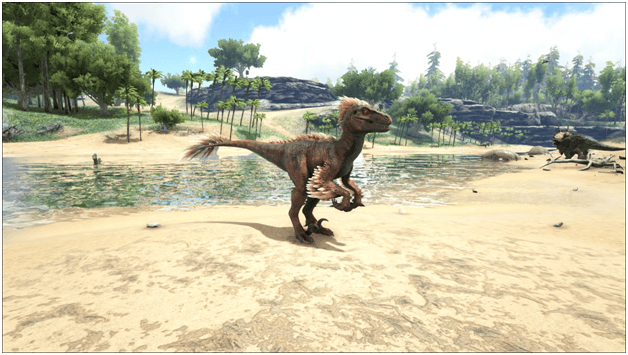 The Raptor is a small and fast land dinosaur which is very deadly, especially to those who are traveling without tames.

What the raptor lacks in size, it makes up when it is with its own kind since Raptors work together to take down their targets and can cause a lot of damage when taken lightly.

Raptors can be found wandering around certain areas and will attempt to jump their prey unsuspectedly the moment they notice them.

Survivors that approach the Raptor will come fast to face with this aggressive dinosaur as the moment that it sees you it will charge towards you and attempt to pounce and kill you.

A tamed Raptor can be a valuable companion when starting out and can later be good for disabling enemies that rare on foot or that attack your base. 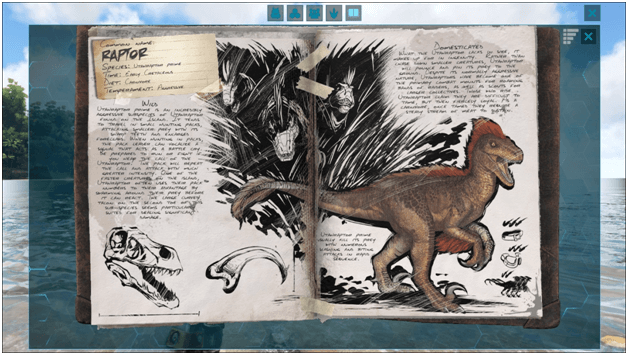 The Utahraptor Prime is a vicious dinosaur from the early cretaceous period which has a carnivorous diet and is very aggressive to survivors and small dinosaurs, attacking them on sight.

It is stated that this dino is a subspecies of Utahraptor which was first seen on The Island and is found in other maps, attempting to chase down and kill its prey on sight.

Although the Utahraptor is not as big as most dinosaurs, it makes up for it in size and intelligence, capable of chasing down other dinosaurs and survivors while also using its speed and ability to disable those that are smaller than it.

Utahraptors, also known simply as Raptors will attempt to claw and bite at its victims continuously until dead. 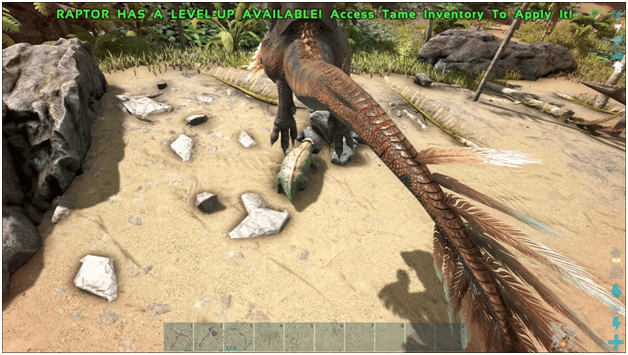 The raptor has the ability to pounce on its prey which will allow it to disable small creatures as well as survivors.

While the Raptor is on top of its prey, it can freely attack its victim repeatedly for a period of time, allowing it to kill those unfortunate enough to be alone. 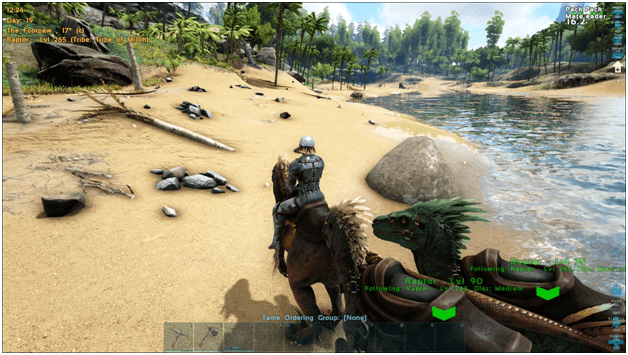 Having multiple raptors will give them a pack bonus when they are together, appointing the highest level raptor as the alpha.

The alpha raptor will have a glowing area on its stomach signifying that it is the alpha among the group which gives it a special ability allowing it to activate a pack buff. 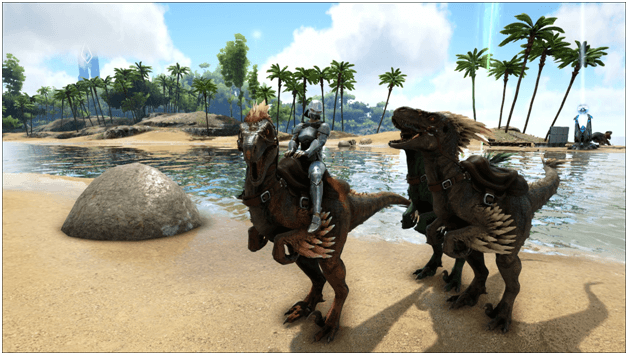 The alpha of the pack vocalizes and the others follow which gives them all a boost in movement speed, attack speed and damage resistance for 45 seconds.

This buff works great when a fight is about to begin or when you are hunting down or running away from enemies.

Being group hunters this ability can really increase the overall performance of the pack and allow raptors to easily take down larger predators.

Raptors are incredibly fast and can outrun almost any dinosaur that exists which makes them both good for scouting around areas by land.

Using its pounce ability, Raptors can pin down prey to attack them repeatedly or to hold them down for their owners to deal with.

When there are multiple Raptors together, they become stronger and can be used to take down larger enemies and even guard bases.

How To Tame Raptor? 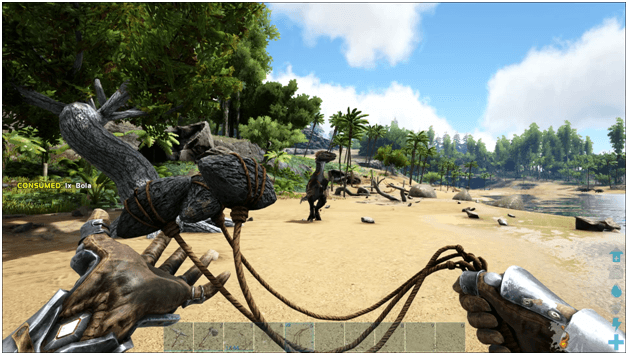 Raptors can easily be tamed as they will run towards you, making them easy to use a bola to hold them down.

After the Raptor has been disabled with a bola, you can shoot at it with a tranquilizing weapon or club it from behind so it can’t attack you. 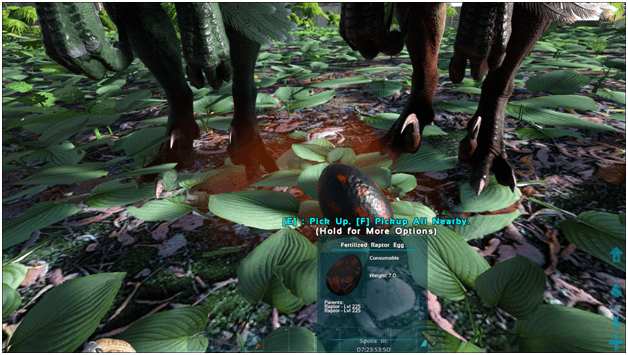 Raptors can mate which will result in the female dropping a Fertilized Raptor Egg which can be distinguished by its black and red color. 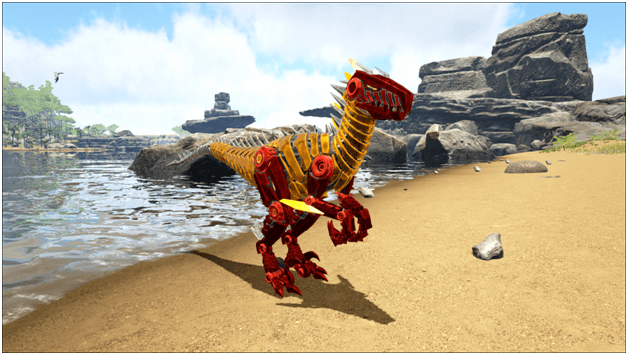 The Tek Raptor has a chance to spawn in place of a regular raptor from time to time. 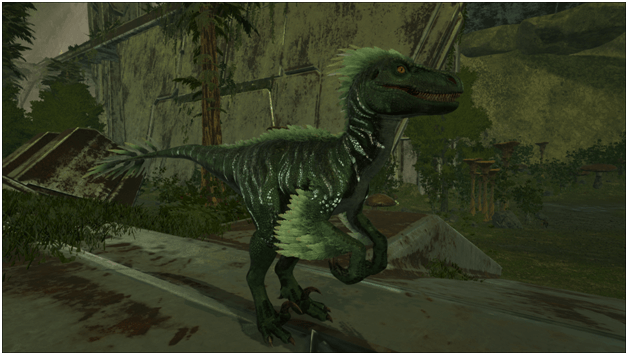 The Aberrant Raptor may be found in the  Aberration and Valguero maps.

Raptors roam several locations but can usually be seen near jungles and even shores nearby trees, roaming and looking around for prey.

The following are spawn maps where the Raptor can be found: 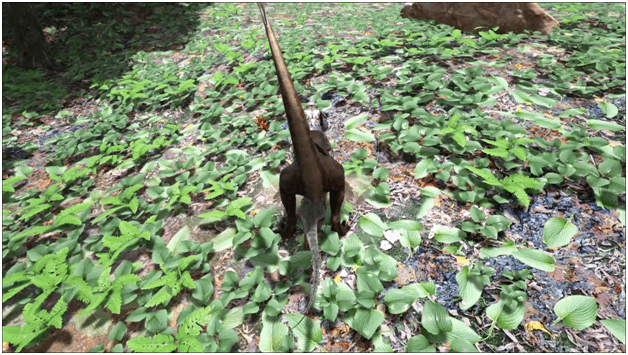 While not the easiest to tame when starting out, Raptors provide survivors with a huge benefit due to the speed they have when traveling as well as the ability to fend off smaller threats such as hostile survivors and wild creatures.

The Raptor alone may prove useful and can aid survivors well but when a tribe has a pack of Raptors, they are capable of dealing a lot of damage.

Raptors may be known as a good choice to get you around quickly with its speed and ability to jump over obstacles but in the event of a small fight they can also prove quite useful.

How To Make Lazarus Chowder in ARK