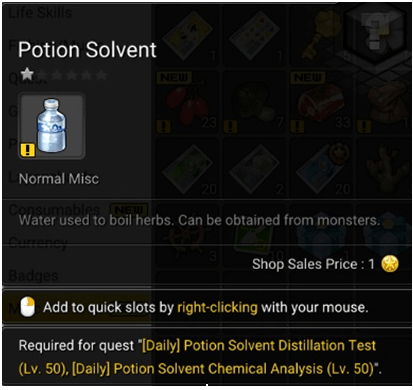 If you plan on taming some hungry creatures to get pets then you should definitely know that Potion Solvent is one of the items you should have an abundant supply of, especially if you plan to tame several pets.

A Potion Solvent is a resource needed to craft a Dryad Snare which is used to capture a docile creature that you are taming.

Potion Solvent has different drop locations to choose from depending on which areas you can handle and seem to drop from levels 15 and above.

How To Get Potion Solvent? 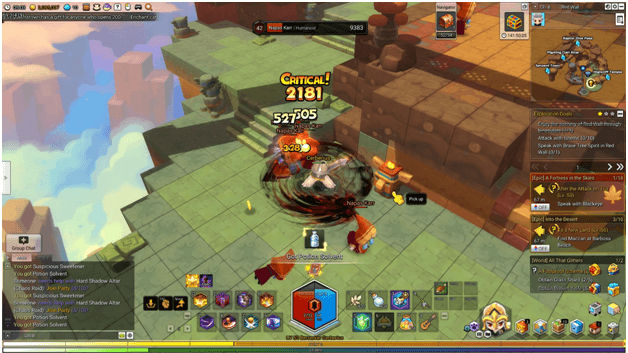 Potion Solvent is a drop from different kinds of higher level enemies and can be obtained by farming them in their respective areas.

Some areas also drop Potion Solvent but when higher level areas are possible it is much better to farm there for better rewards as well as good rotations.

Certain enemies drop Potion Solvents and it is best to look out for them as they are the important when searching for places to farm Potion Solvents.

The enemy types that drop Potion Solvents include humanoid, divine and devil monsters.

There are other enemy types but these work best and seem to give a better chance of dropping Potion Solvents as well as more of the same type of enemies can be found together on maps. 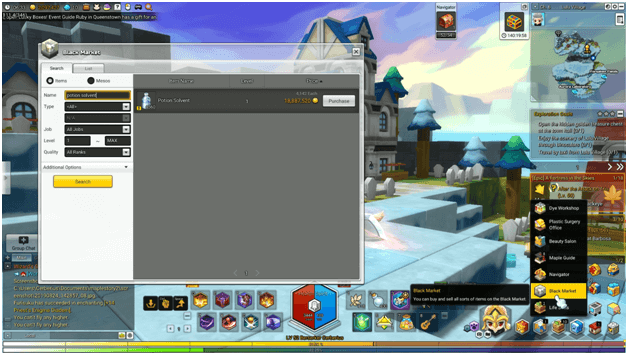 Potion Solvent may also be purchased from the black market for Mesos where the price sometimes goes up or down.

This may not be the best way to acquire Potion Solvents unless you have plenty of Mesos to spend on them as this can become quite costly for something that you can just farm instead.

Players who have extra Potion Solvents, most likely from farming will be placing their priced Potion Solvents in the black market which you can purchase. 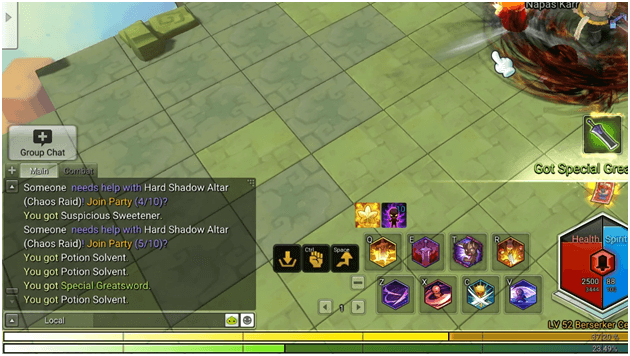 Although there are several places that have little to high chances of dropping Potion Solvents, there are many places to choose from but there are certain things to keep in mind.

The rotations you can do such as moving from one spot to another and even pulling enemies to one location to kill them fast.

The difficulty that it takes to kill the enemies also matters as you want to farm Potion Solvent efficiently and make the most of your time.

Here are some of the best places to farm Potion Solvent: 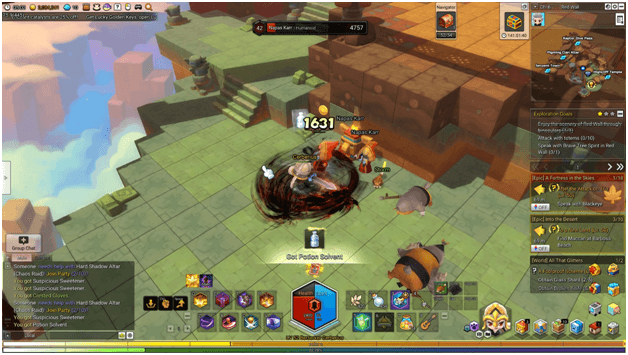 Red wall is a great place to farm Potion Solvents, especially if you have just reached level 50 and want to get a pet which requires Potion Solvent.

Most of the enemies here are humanoid and will be easy to deal with due to the lower level compared to you if you are level 50 and above.

With the lower level enemies around and the good pathways for you to lure them or do a rotations heading from spot to spot, farming Potion Solvent here should be quite easy.

Red Wall has the following enemies: 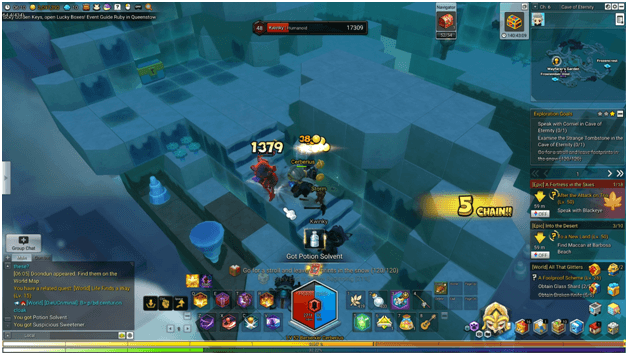 Cave of Eternity may be a higher level and provide a bit of a challenge for those 50 and above but this is still an efficient place to farm Potion Solvents.

This map consists of multiple types of monsters but there are certain spots which only have the ones you need to defeat.

Divine and Humanoid monsters are present on the map and farming them can lead to good amounts of Potion Solvent.

Red Wall has the following enemies: 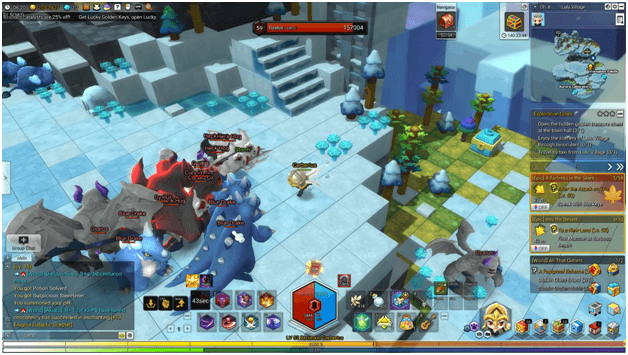 Lulu Village is one of the best places to get Potion Solvent but you should be sure you are ready to face such high level monsters.

The monsters consist only of divine and devil type creatures making the drop chance for Potion Solvents very high.

There are several spawn locations and these monsters can easily be lured into one area for easy farming as long as you have the right amount of damage output.

Lulu Village has the following enemies: 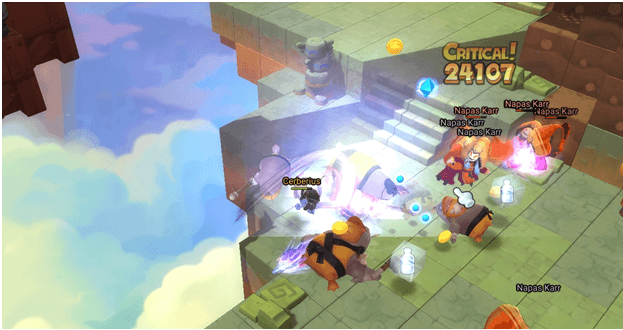 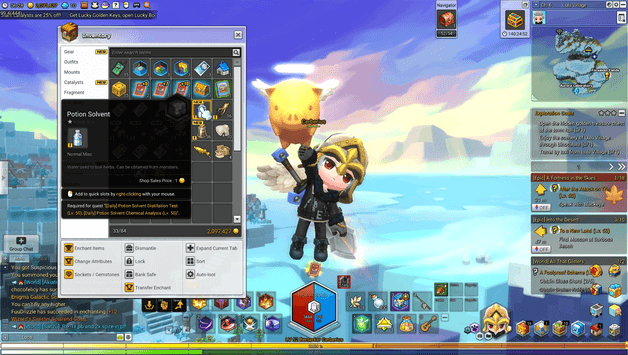 Potion Solvent is available for purchase in the Black Market but this can be a bit costly if you are out going for taming a ton of pets so it’s best to farm them instead.

Most of the time Potion Solvents will drop easily so picking the right place to farm them is important and getting comfortable to the rotation you do.

Aside from being needed for a few quests, Potion Solvents are mainly used for creating Dryad Snares for taming pets.