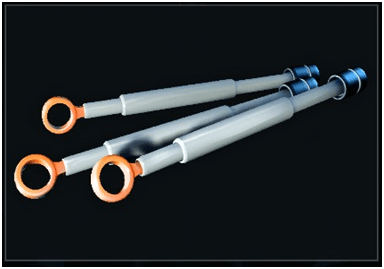 “A hard, thermoplastic casing. Manufactured by the Corpus”

What is a Polymer Bundle in Warframe?

Polymer Bundle is one of the most required resources and is used by many blueprints in Warframe, especially if you need a lot of squad restore gear. This resource may seem to be one of the hardest materials to get if you are unfamiliar with where to farm them.

Whatever it is that requires Polymer Bundles will surely need you to get it and sometimes the amounts you need are more than you would expect. So, it’s important we know how to farm polymer bundle.

Where to farm Polymer Bundle?

As you progress through the game, you may figure out where to find Polymer Bundle along the way, but some players may still have trouble figuring out which place is better.

Doing missions on Uranus appears to be the best way to farm Polymer Bundle in 2022 since the resources seem more abundant there and the enemies are quite easy to take out, allowing you to farm efficiently.

With a proper farming Warframe such as Hydroid, Nekros or Khora you can expect to get a lot in a single session, even in a solo Polymer Bundle farm session. 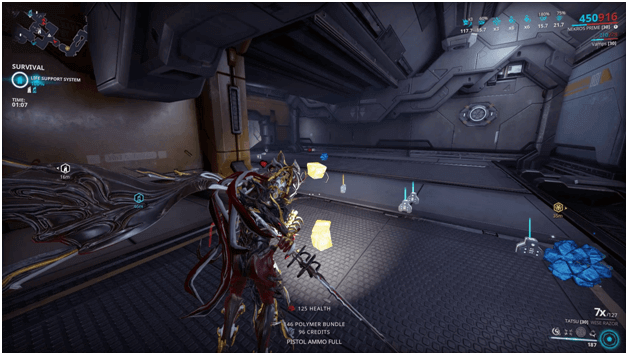 Venus is one of the earlier planets that you will come across, and Malva is a great early Polymer Bundle farm mission.

While the 10% drop chance boost may not be as high as the other missions on other planets, Malva will be the easiest way to get Polymer Bundle for new players.

Malva may be available for players early on but it is best to just farm enough of what they need from the Polymer Bundle drops and move on until the late game missions are available.

Venus Polymer Bundle farming is not a bad choice, but there are other missions such as those on Uranus which have a higher bonus from being a Dark Sector mission. 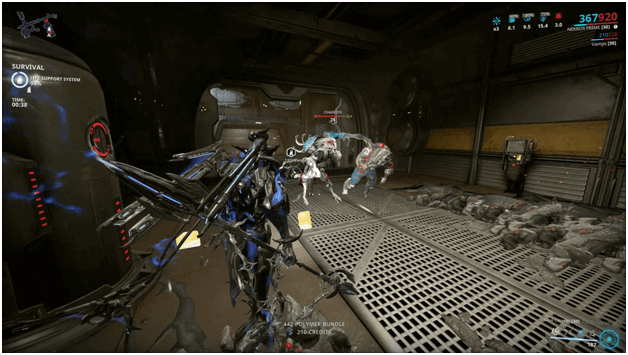 Assur is practically one of the best Polymer bundle farming locations available since it is a Dark Sector mission, and due to the bonus 25% drop rate chance, players have a higher chance of getting the resources they need.

Since there is already an increased drop rate chance, using Warframes that can get more loot from enemies such as Hydroid and Nekros can really squeeze the resources out of the infested.

Being that this is a survival mission, you will be facing countless enemies, and it would be great to have a squad with you, especially with farming Warframes to increase the enemy count and possible loot.

Assur may not be available early on but it does serve as a late game Polymer Bundle farming location and aside from the said resource, players may also go after other goodies such as Gallium and Plastids. 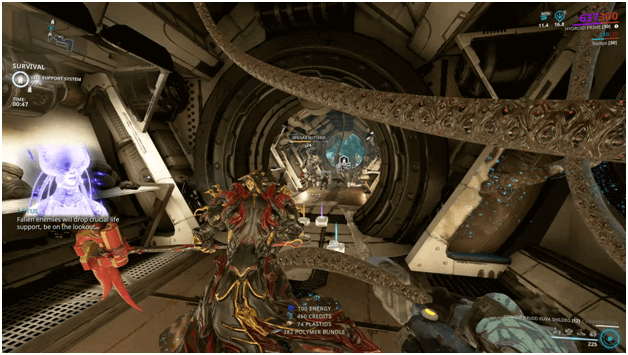 Ophelia is a popular Polymer Bundle farming location, but it is still considered to be in tie or second to Assur due to the Dark Sector bonus.

Some players will know Ophelia due to its two entrances, one being perfect for farming with a Hydroid as its hall is very long and there is no other way around.

Aside from its popular camping spot, Ophelia has a bunch of camping locations and if camping isn’t your style, there are a lot of containers around and several areas where you can make rounds killing enemies.

Even if Ophelia does not have a resource drop chance bonus, the Polymer Bundle drops are quite high and will provide you with a lot if you bring a farming Warframe.

From time to time, you will need a lot of Polymer Bundle, especially if you will be using a ton of squad restores.

A good Warframe will pretty much get you through the missions but a Nekros seems to be a good choice for the Dark Sector missions, unless your Hydroid is well-modded.

Hydroid and Nekros make a good combination on Ophelia as Hydroid’s Pilfering Swarm can block pathways and Nekros’ Desecrate can affect corpses through walls.