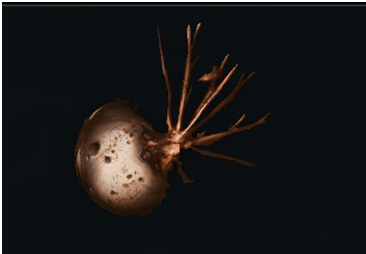 “The samples could advance our knowledge of biological research”

Sample of biological life that is most likely from the infested or other organic life form, these can be quite useful in research.

Mutagen Sample is used to research a lot of biological and organic type of weaponry.

Most of the weapons that can be researched consist of weaponry that may have traits taken from different types of infested enemies.

Where to farm Mutagen Sample?

The best place to farm Mutagen Sample is on Deimos missions. Since, it is the second resource on the list and then it is easy to kill the enemies here.

Deimos consists mostly of infested based resources aside from Orokin Cells making it a suitable place, if you’re farming those types of resources. 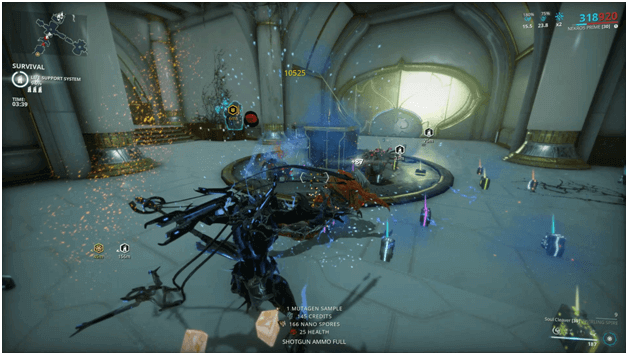 Terrorem is the place to be when you want to figure out how to farm Mutagen Sample as the drop count is high, especially with a Nekros in your squad.

The enemies are infested and are very easy to kill if you use slash weapons or the elements, they are weak against.

Doing a solo run, especially with Nekros will get you quite a decent amount. However, to make the most of it you probably want to get a squad with you and maybe even a Hydroid.

The infested are not that strong in this mission, however you should not take the area damage they do lightly and try to avoid getting affected by status effects as they may take you by surprise. 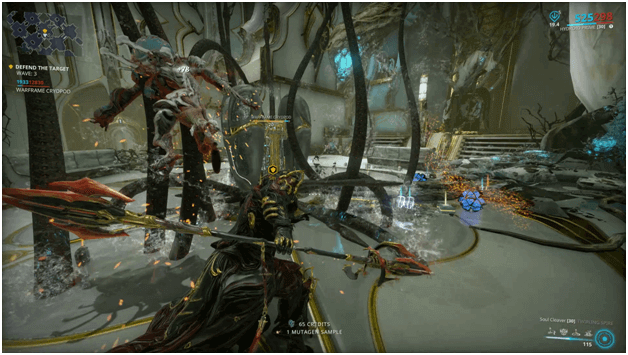 Those that prefer to do a defense mission can resort to Hyf on Deimos as it is a wide area for casting your skills and you can easily defeat the infested.

You can control the area entirely will abilities as well as wreaking havoc with your melee weapons as the enemies will all come into a circular area that is open and easy to defend.

You will be facing enemies by waves which allows you to control the flow of your Mutagen Sample farming session.

Mutagen Samples are important for research in the dojo and a huge amount is needed for the Hema, a primary weapon.

Most of the research requiring Mutagen Sample are biological or organic in nature when it comes to weapons which have a seemingly close resemblance to the infested.

Players do not usually need Mutagen Sample in the beginning, but later when they wish to craft other equipment, it will be good to know the best location for farming it.

Mutagen Mass may be crafted and will require Mutagen Samples to complete its blueprint requirements.