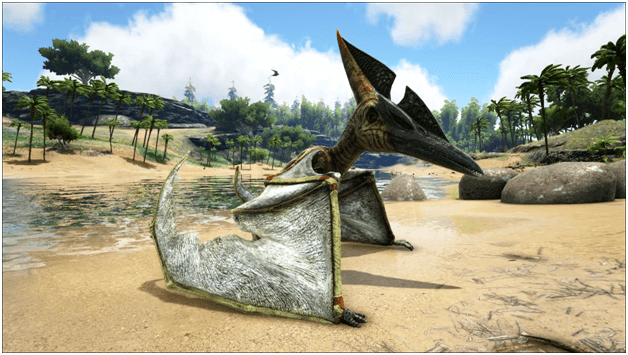 Pteranodon Wyvernus is a flying dinosaur from the cretaceous period which has a skittish temperament regardless of being a carnivore.

Being small and fast, the Pteranodon is able to quickly fly around and can use it’s its barrel roll ability to deal damage to enemies that threaten it.

Usually the Pteranodon will be peacefully flying around and will attempt to fly away the moment they are attacked.

When approached by survivors, the Pteranodon will continue to fly or walk around and ignore them but any kind of attack done to it will cause it to flee the area.

Having a tamed Pteranodon is great for getting to areas easily as they can fly quickly and can be used for scouting and even aerial combat. 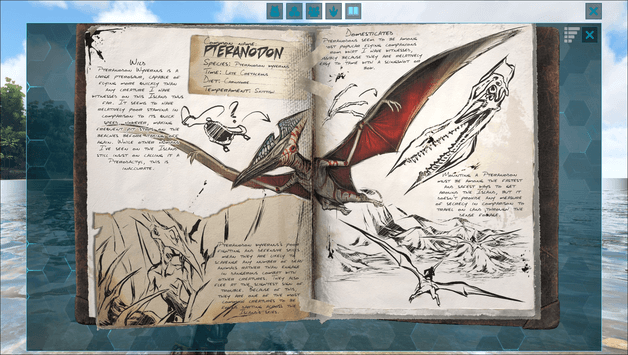 It is mentioned in the dossier that Pteranodon are possibly one of the fastest flying dinosaurs that are around but stamina may be a concern at times as a downside to its speed.

Untamed Pteranodon will flee at the slightest sign of danger and do not attempt to hunt prey but rather scavenge for its food.

When it comes to flyers, Pteranodon are some of the most common dinosaurs that are tamed as they are easy to tame and make good starting dinosaur for getting around.

Pteranodon may be fast flyers but this does come at the cost of being seen flying around which must be kept in mind, otherwise they are great scouts and flyers to get to locations quickly. 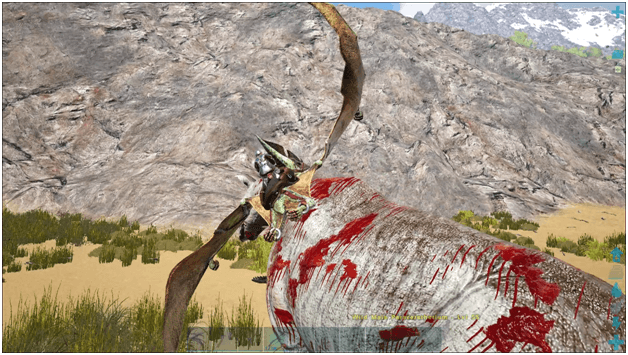 With its immense speed, the Pteranodon is capable of doing an Aileron roll (known by others as barrel roll) which causes it to do a quick 360° dash in the air that can damage enemies. 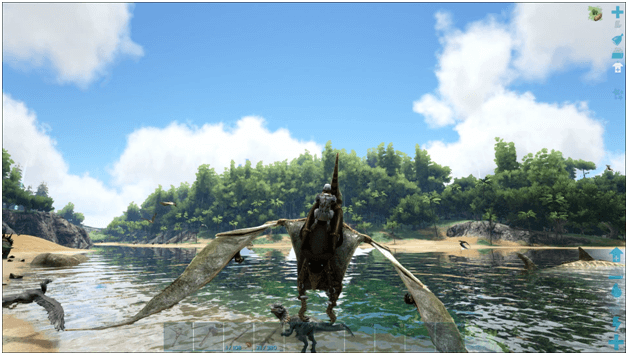 The Pteranodon is capable of grabbing smaller creatures and even survivors as long is it can handle the weight.

This can be used to transport small creatures or survivors to destinations, pick picking enemies off of the land or their tames.

Since the Pteranodon can fly fast, it makes it a good scout when searching for bases or resources around maps.

During early phases in the game, a Pteranodon can be used to transfer smaller creatures or even carry a member of your tribe to certain locations.

The Pteranodon can be used as a combat flyer and may be utilized by dealing damage with its aileron roll or by quickly grabbing enemies off of their mounts.

With its ability to fly quickly, the Pteranodon can be used to grab enemies off of the ground and even off of their tames.

How To Tame Pteranodons? 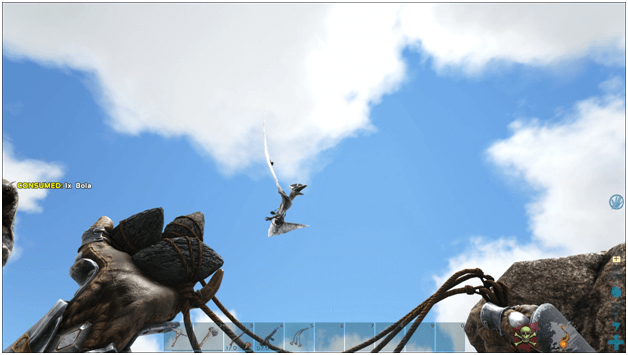 A Pteranodon will ignore the survivor unless attacked, making it run away which will require you to use a strong longneck rifle with a tranquilizer dart to shoot it with.

For a more secure tame, throwing a bola at the Pteranodon while it is flying or when it has landed will trap it momentarily, allowing you to use whatever torpor inflicting weapons you have to knock it out. 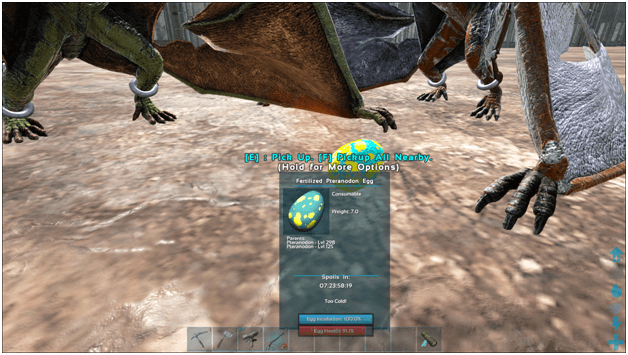 After two Pteranodons have mated, the female will drop a fertilized Pteranodon egg.

Pteranodon can be found flying above land and water and will occasional fly down to land to walk around. 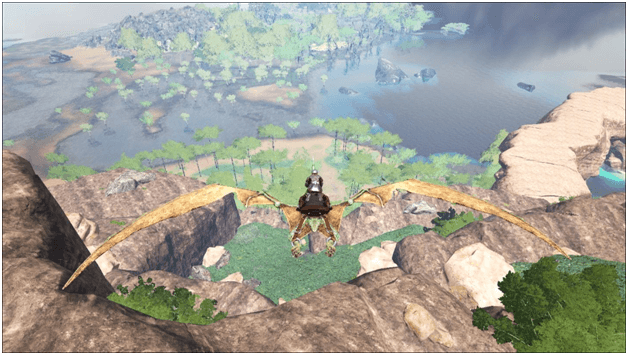 A first choice for many players would be the Pteranodon when it comes to flyers as it can easily be tamed and can then be used to get to locations where they prefer to build up a base.

Although most Pteranodon may be weaker than other dinosaurs, some Pteranodon are capable of becoming strong enough to take out different creatures with both speed and the power of its aileron roll.

This flyer has many uses from being a scout for tribes or being an aerial fighter that can pick enemies off with its fast movement and its special attack.