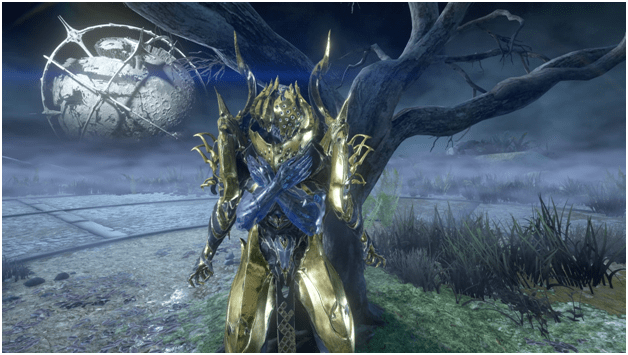 Nidus is an Infested Warframe and uses many abilities that are connected to their type.

Nidus is a very unique Warframe since he is based off of the infested and has similar abilities to their origin where his gameplay requires little skill to succeed and with strategic play he becomes unstoppable.

How to Get Nidus? 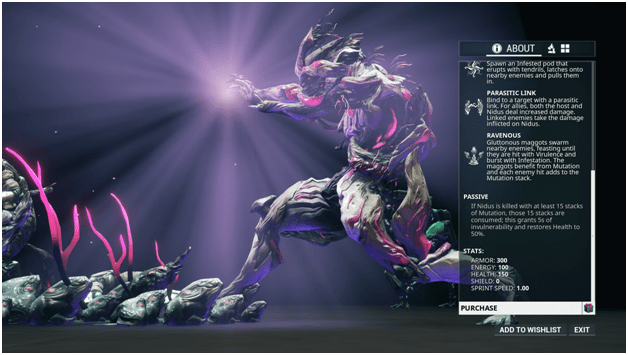 Nidus’ blueprint may be acquired by completing The Glast Gambit quest and his parts may be obtained by doing the Oestrus Mission on Eris as a reward every Rotation C.

Instead of farming for his parts, Nidus may be purchased from the Ingame market for 225 Platinum. 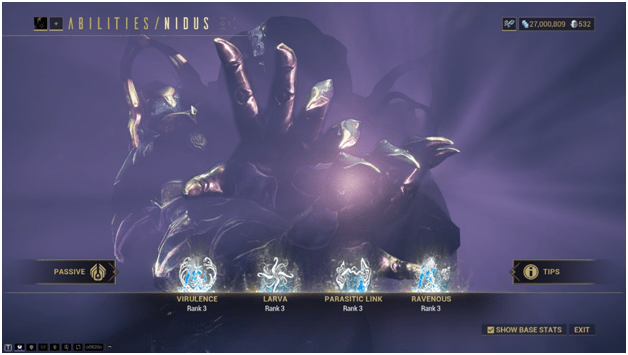 Nidus can use his infestation at will and can cause infestation to erupt in a line to deal damage, let out a larva that can disable enemies, latch his own parasitic leash on enemies and case an eruption of infestation and maggot to attack his enemies.

Unlike other Warframes, Nidus’ unique passive called Adaptive Mutation, requires assimilation with enemies which happens when he uses some of his abilities on them.

Nidus will stack up on mutations from assimilating with enemies and will become stronger with each mutation stack. 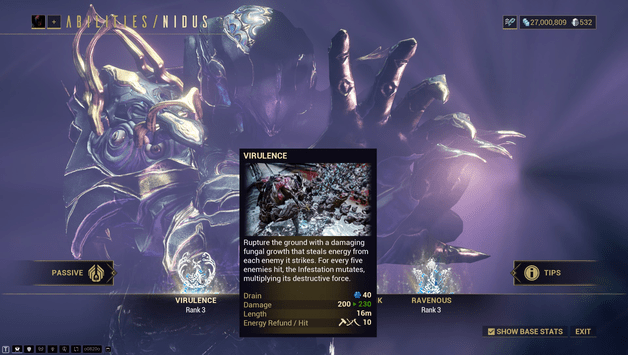 Nidus stomps his foot and causes infestation to deal damage in a line, enemies hit will add up where 5 will grant him one mutation stack.

This becomes one of his strongest attacks once he has gained enough mutations and can be used to clear several enemies with ease once mutations are at large numbers. 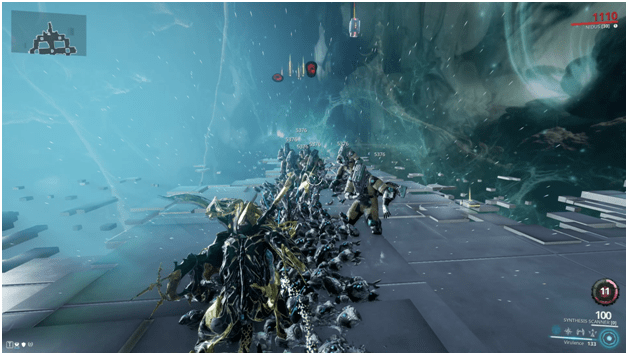 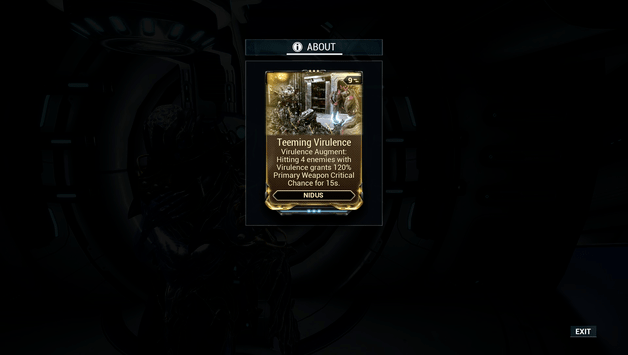 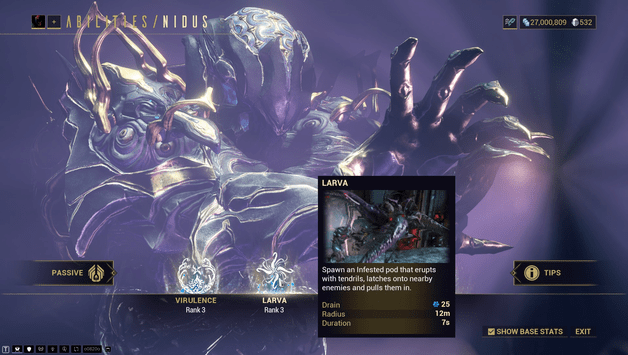 Throws out a larva that expands and begins to pull enemies and hold them until its duration is over.

This ability goes well and should be used before using Virulence to make sure multiple enemies are hit.

Larva is a very useful skill not only because it gives Nidus an easy way to hit enemies with Virulence but it can also be used on enemies such as those found in The Index, Rathuum Arenas and more. 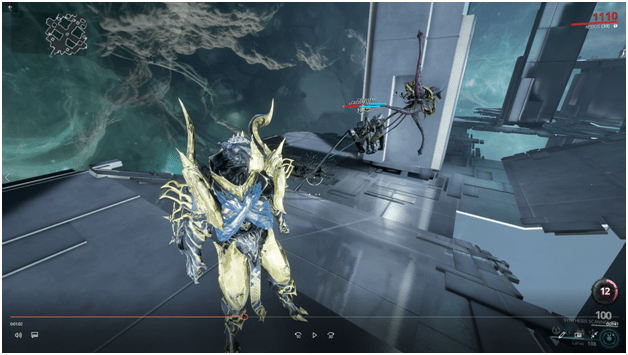 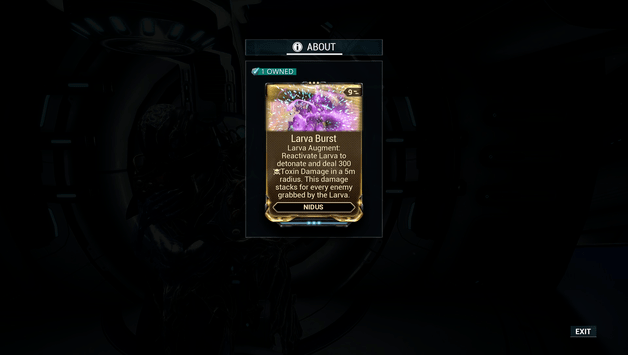 Augment Mod: Larva Burst will deal an amount of area damage that increases by the number of enemies that have been grabbed and once activated again after casting it initially, it will explode to deal that damage. 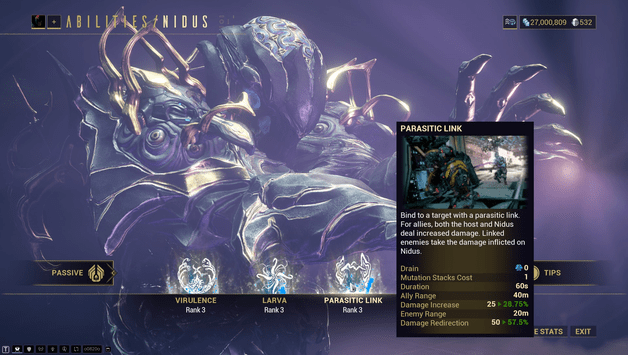 Connects to an enemy or ally giving Nidus and his ally bonus damage and when connected to an enemy, that enemy takes a sum of damage that Nidus should be taking.

This ability is great to avoid dying on hard missions as enemies will be taking the damage for you.

Parasitic Link may be used to hold an enemy as they will not move, until everyone else is dealt with so Nidus can deal with them last.

Any target that Nidus has linked to will unleash a Virulence when Nidus casts the ability and it will go the same direction where he is aiming it. 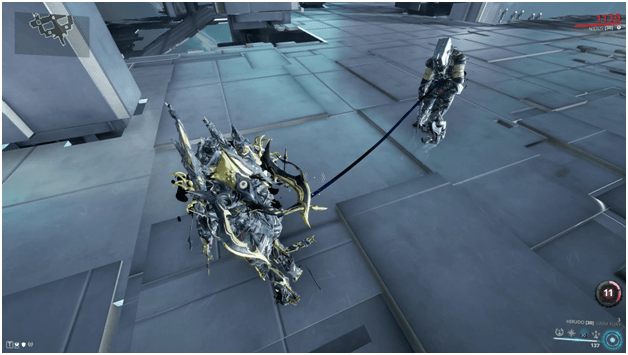 Nidus raises infestation in an area healing himself and allies while allowing maggots to spawn and attack his enemies.

Enemies damaged by the maggots will also contribute to adding to Nidus’ mutation stacks.

Maggots will explode when hit with Virulence, dealing area of effect damage. 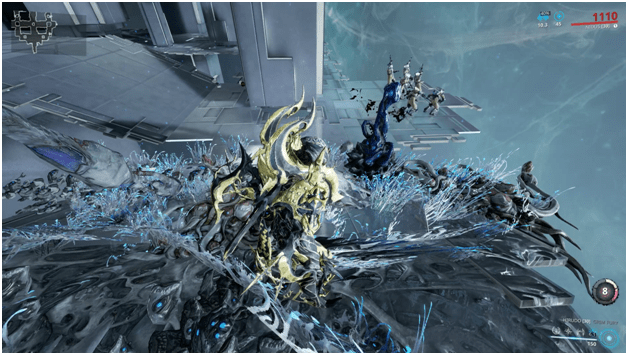 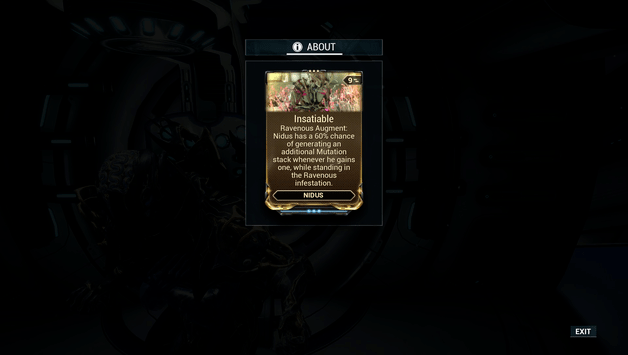 Augment Mod: Insatiable gives a chance to receive 2 mutation stacks instead of one when a stack is acquired. 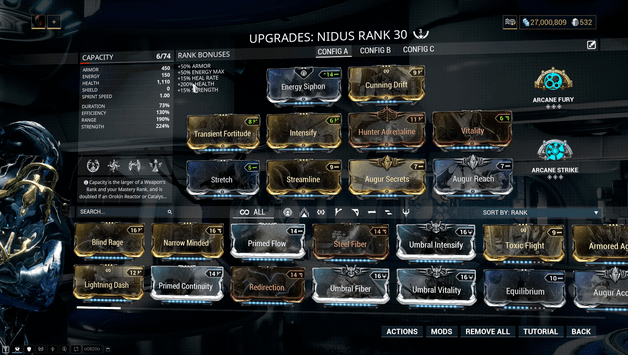 This build aims to increase the range of Virulence and Larva to do a combo of casting larva to pull enemies from afar followed by Virulence to deal damage and gain stacks immediately.

The build has reduced duration, however Ravenous may still be used as well as Parasitic Link.

Hunter Adrenaline compliments Parasitic Link as latching to an enemy will make Nidus take less damage however he will gain energy. 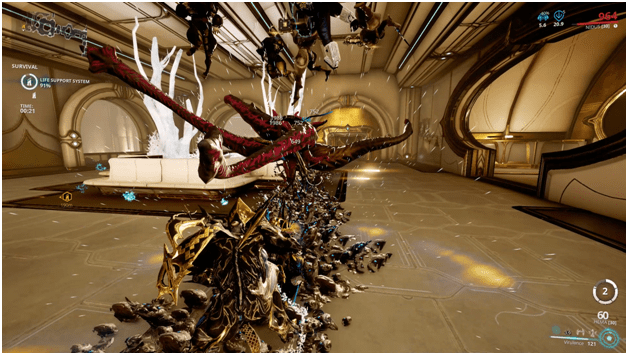 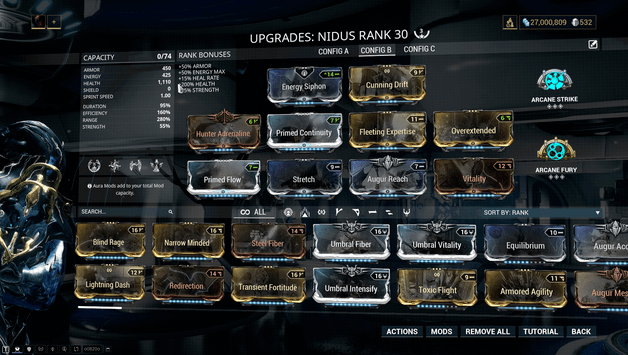 This build is mainly used for pulling multiple enemies together and holding them allow you or your team to freely attack them while they are caught by the larva.

Enemies in missions such as The Index and the Rathuum Arena will be pulled as well and this can lead to an easy victory. 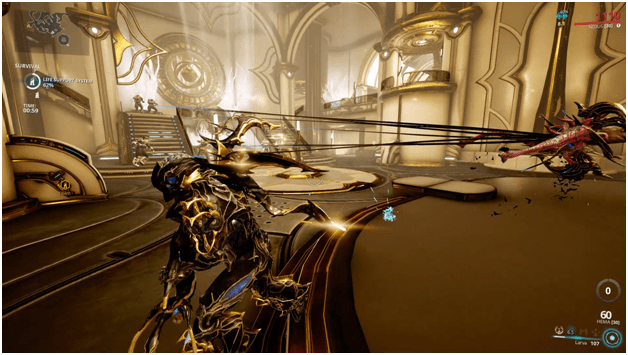 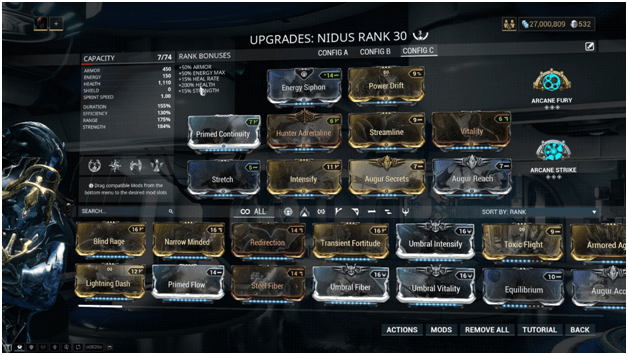 This build is meant to allow Nidus to cast all of his abilities without any drawbacks such as lack of duration or high energy consumption.

Damage dealt from this build is efficient and the ability to be able to cast multiple abilities will greatly benefit once mutation stacks are gained. 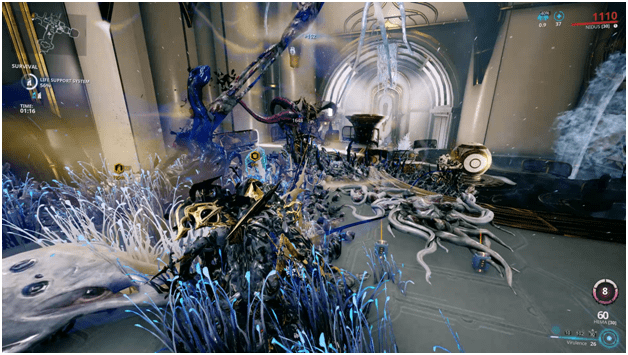 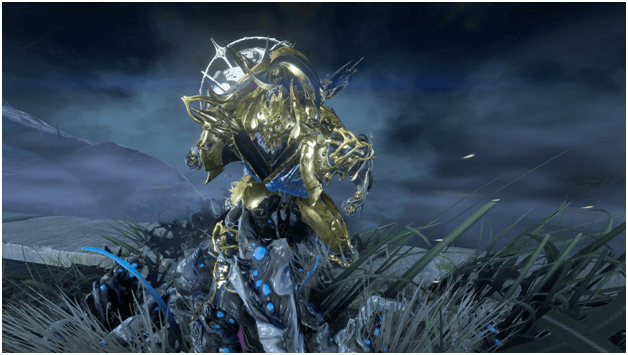 Nidus may be hard to acquire at first and it may take some time to figure out the different ways to use his abilities and how to take advantage of his unique passive ability.

Once you learn to use him, it will all be worth it as Nidus can effectively survive thousands of enemies with his abilities alone while he continuously increases in strength.

Nidus may be used in many different ways such as burst damage, healing, crowd control and more depending on the build and playstyle of the user.

He is one of the highest ability damage dealing Warframes in the game, capable of lasting in long missions and can easily kill enemies with his abilities.