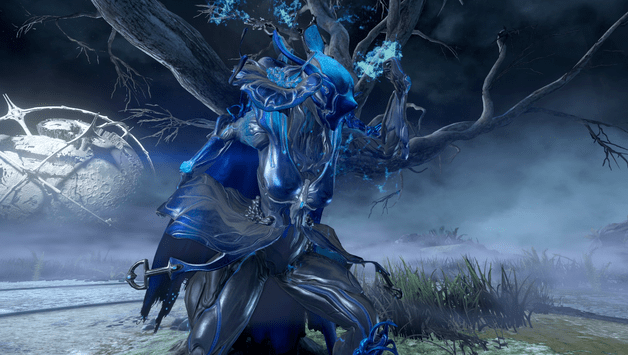 Saryn is a Warframe that focuses on spreading poison and death with contagious abilities causes viral sickness amongst her enemies.

She is one of the best Area of Effect damage dealing Warframes due to the ability to keep her damage spreading amongst enemies while weakening them at the same time.

How to Get Saryn? 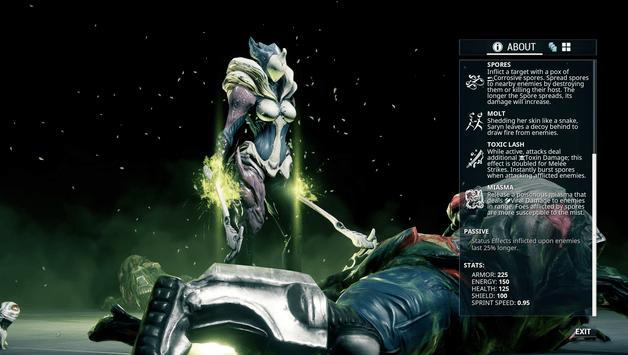 Saryn’s part may be acquire by defeating Kela De Thayme in the Merrow mission located on Sedna.

Her blueprint may be purchased from the market in the orbiter for 35,000 Credits.

Saryn may also be bought instead from the Ingame market for 225 Platinum. 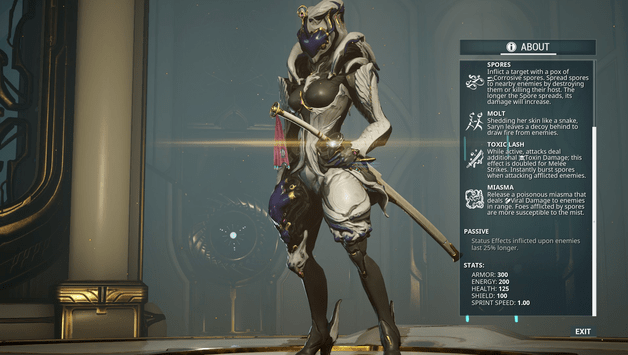 Being the prime variant of Saryn, Saryn Prime has an increased armor, energy and sprint speed. 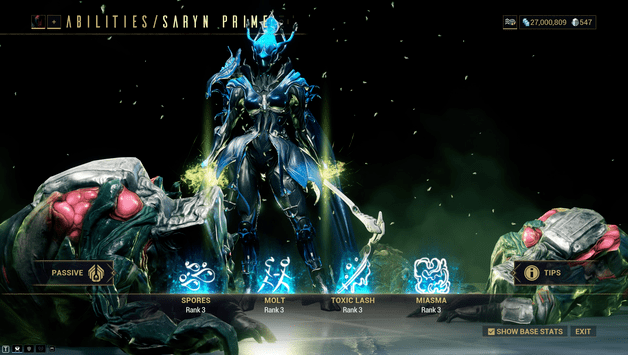 Saryn has the ability to spread spores that can corrode enemy armor, shed her outer layer leaving a decoy, imbuing her weapons with toxic damage and causing a huge area to plunge into sickness.

Potency is the name of her passive ability that causes status effects she causes to last 25% longer. 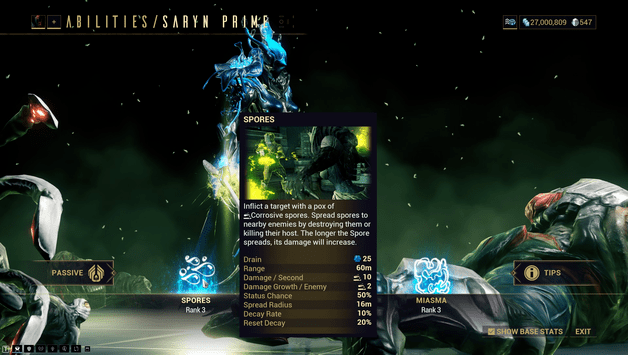 Saryn throws spores on her enemies that deals corrosive damage over time and spread when the infected enemy is hit or killed.

This is good for taking out multiple enemies since not only do they spread to enemies but they also have a good chance to cause status effects, in this case the Corrosive status effects will reduce enemy armor making them easy to kill.

Spores will last a long time especially when spreading and being recast once in a while capable of killing hundreds of enemies in mere minutes. 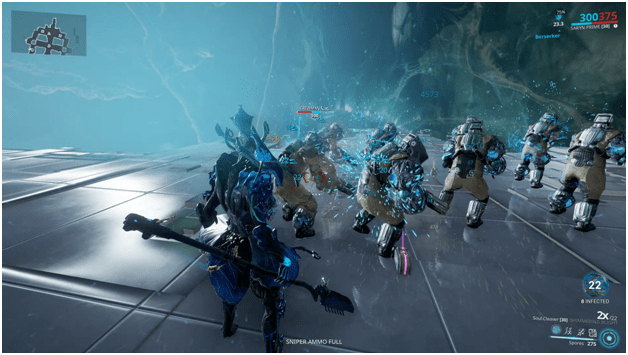 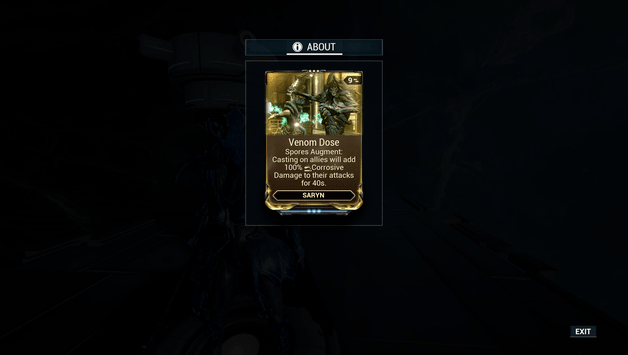 Augment Mod: Venom Dose will allow Saryn to cast spores on allies which will grant them additional Corrosive damage. 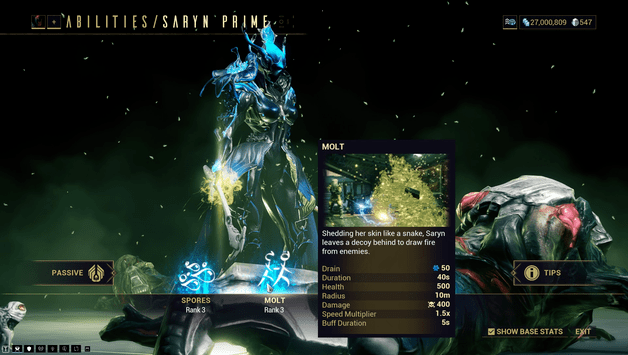 Saryn leaves behind a decoy and gains a speed boost for a short duration.

The decoy will draw enemy fire and will explode once it runs out of time or health.

Molt can be used effectively when trying to escape a tricky situation, luring enemies or just to gain a speed boost when heading to a certain area. 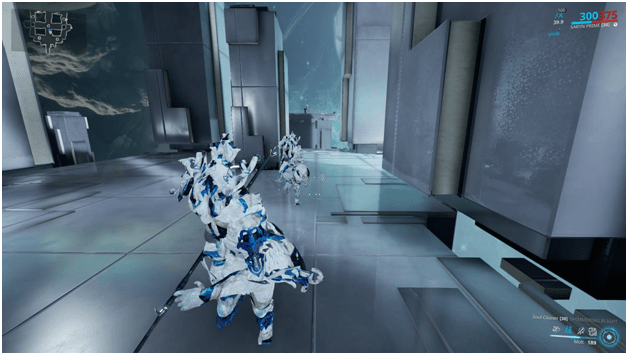 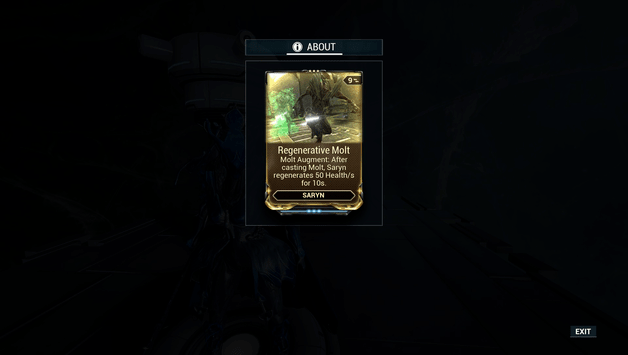 Augment Mod: Regenerative Molt cause Saryn to heal a decent amount of health over time for a certain duration. 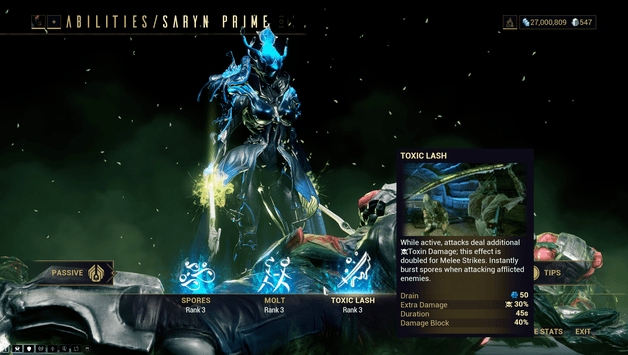 This ability imbues Saryn’s weapons with Toxin damage type which is doubled for melee.

Enemies infected with spore will spread them easily regardless of where they are hit.

The amount of damage that you block is increased as well allowing you more protection against melee attackers. 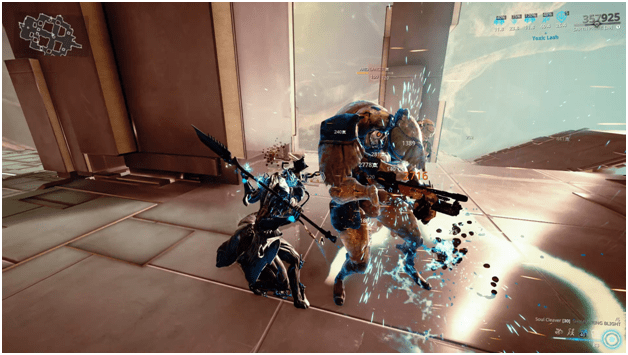 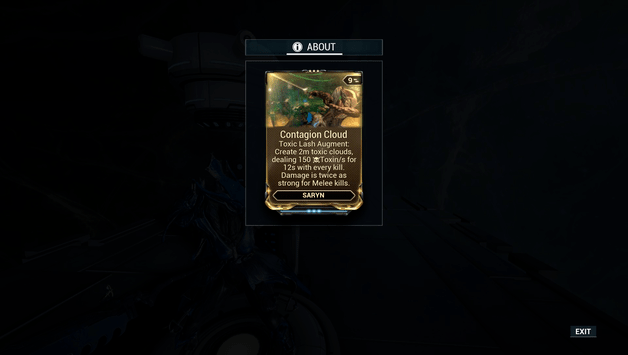 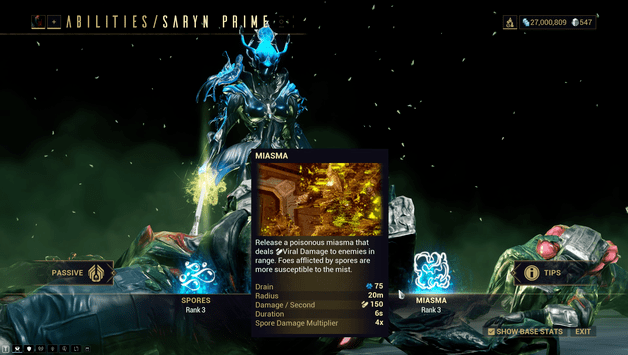 Saryn infects enemies within a large radius causing them to take Viral damage which is multiplied by 4x when infected with spores.

Infected enemies will be affected by the Viral status effect which causes their max health to be reduced by 50% and causes them to take damage over time.

Using this after spreading spores will clear up several enemies in seconds due to the severity of the abilities. 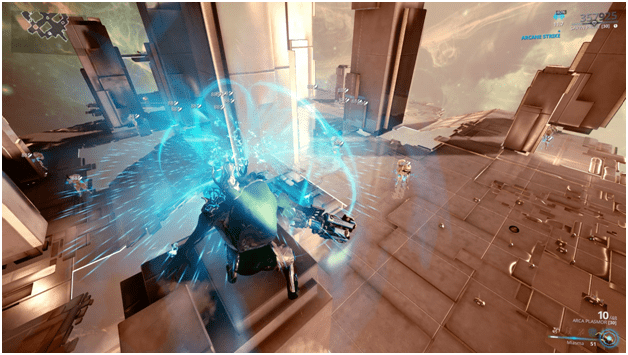 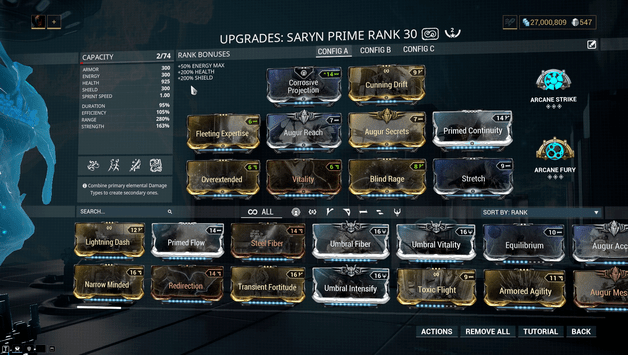 This build allows Saryn’s spores to spread indefinitely as they keep killing enemies and spreading over and over again.

With this build most missions regardless of how big the map is will be filled with enemies infected due to the huge range of the skills since the range is increased greatly with this build.

The technique with this build is to spread Spores by tossing them at enemies and killing a few to spread them around the whole map then finish them all off with Miasma, simple! 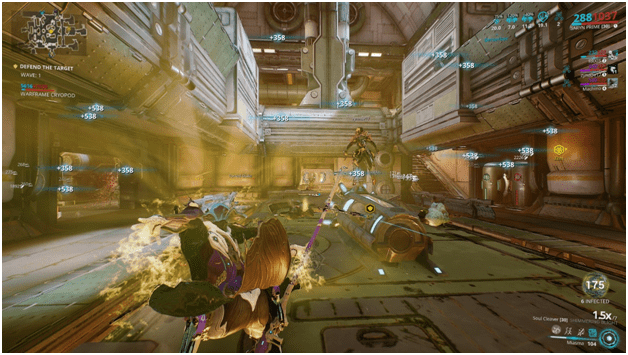 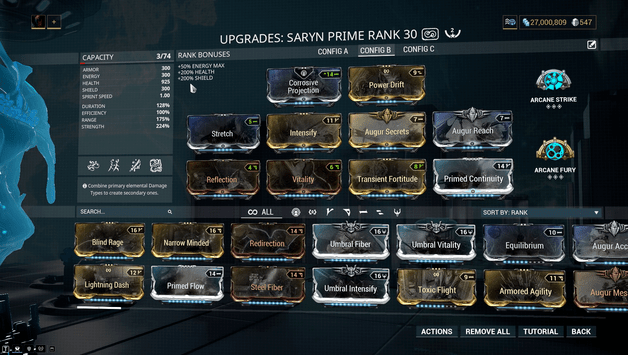 This build is similar to the previous build except instead of focusing on range, we focus more on balance and mod for a good percentage on majority of her stats.

With this build all her abilities will benefit with damage, duration and a decent range. 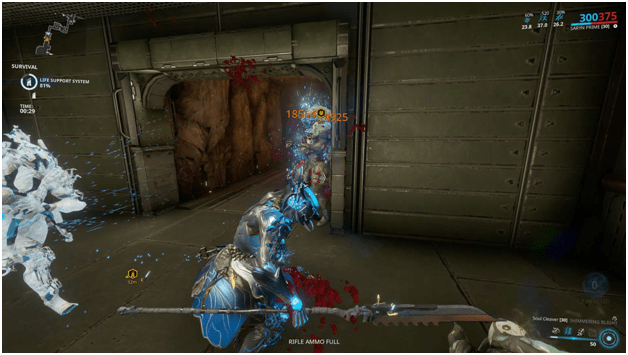 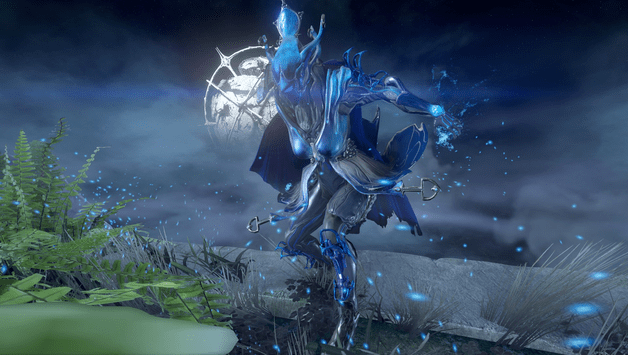 Saryn is a great Warframe when it comes to killing enemies in both large or small areas.

Her abilities are mostly used to infect enemies with different status effects and cause a lot of damage over time which allows her to kill while on the move as she doesn’t need to stay and wait for enemies to die.

Considered one of the best Warframes for clearing enemies, Saryn is capable of finishing defense missions quickly and even solo interceptions with ease.

This contagion spreading Warframe is a must have if you love dispatching multiple enemies with ease and tactics.

It benefits greatly on many missions both solo and with a squad.