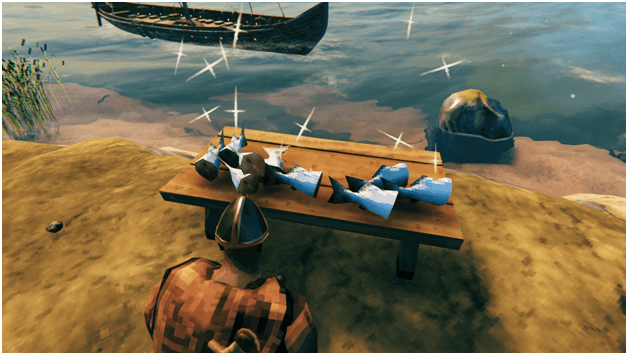 You will notice as you move closer to bodies of water that there are sometimes fish swimming around and yes, you can catch them.

Most of the time you will find fish almost at any water source and catching them will provide you with another source of food.

Catching a fish will provide you with Raw Meat which is used mainly for cooking some food items in Valheim.

How to Farm Raw Fish? 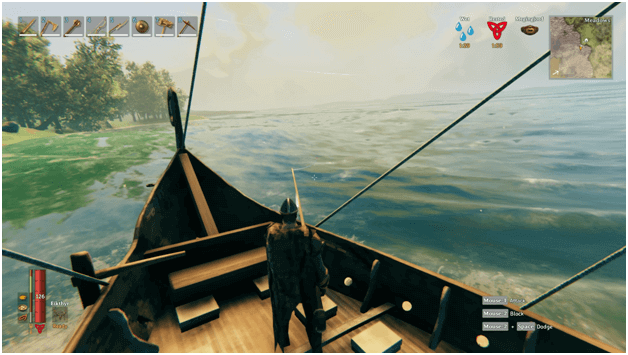 It may be a bit obvious as to how to get fish in Valheim because just like most games, you can fish using a Fishing Rod.

If you do not have a Fishing Rod, you can purchase one from Haldor the trader (also known as merchant) for 350 Coins.

Now Coins are relatively easy to get since you can loot them from chests found in prefab structures, dungeons and by killing certain enemies such as Trolls and Fulings.

You will also need Fishing Bait which can also be purchased from the merchant for 10 Coins, providing you with 50x Fishing Bait per purchase.

To learn how to fish, check out our Valheim Fishing Guide.

Fish Out of Water (Picking Up Fish On Land)

Occasionally, fish will appear on land which is most likely caused by their fast movement and the waves pushing them around.

If you see a fish lying on the ground, you can simply walk up to it and pick it up to place it straight into your inventory.

Make sure you move quickly when you see the fish as they can sometimes get back into the water by flopping around. 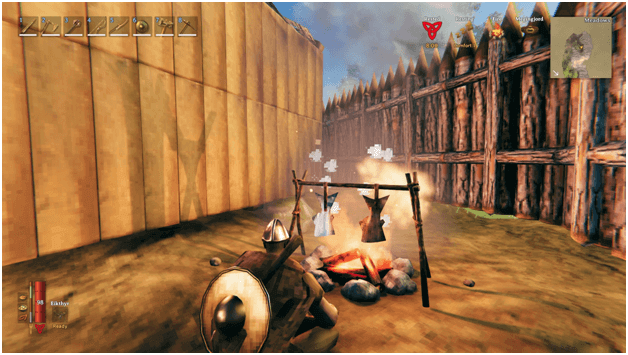 Fish is currently only for cooking two types of food which are Cooked Fish (Cooking Station) and Fish Wraps (Cauldron).

The following Fish recipe items are:

Fish Wraps provides the highest stamina buff giving you an additional 90 stamina and also provides an additional 60 health with 4 health regeneration per tick.

There is no need to wait for a fish respawn event as the fish that appear near the shore are not the ones that will bite on your bait.

If you want to speed up the fishing progress, aim for a distance of 21-25 when casting and the fish should bite within seconds.

Raw Fish (some players refer to it as Fish Meat) may not be the easiest item to farm mostly because it takes time.

Some players may attempt to make fish traps by building in the water as there is no fish trap item implemented in the game yet. 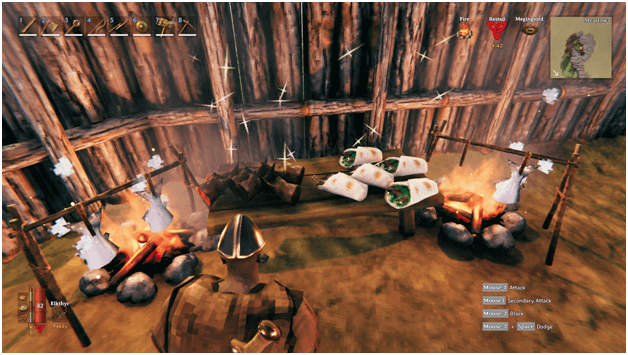 While Cooked Fish does not provide the best food buff, (45 health and 25 stamina) you can use these as a temporary food source if you need to.

It is however quite tedious to catch fish so you might want to save them for later on when making Fish Wraps to get the best use of it.

Raw Fish comes in random amounts whenever you pick up a fish, (catching one with Fishing Rod brings it close to you to interact with pick up) which makes it better to save up on Raw Fish.

Fighting enemies or traveling can be made easier in the late game with Fish Wraps as the bonus 90 stamina can keep your character going and the health buff and regeneration provides survivability.

There is currently no Fish Stew recipe but this may be added later on in future updates along with other recipes.