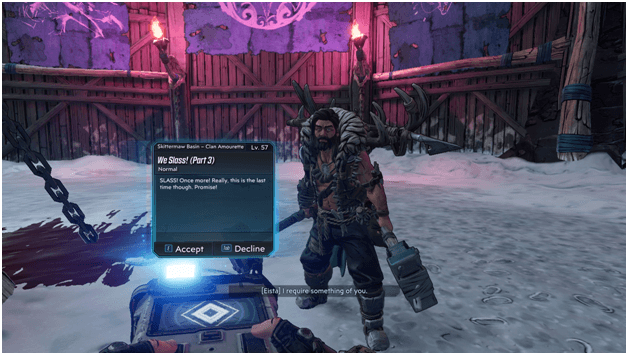 Eista wishes to challenge you once more but promises you that this will be the last time before he admits that you are a better fighter than he is.

For the last time, you will go out on an errand to find a way that can bolster Eista’s ability to fight in an attempt to make the match fair. 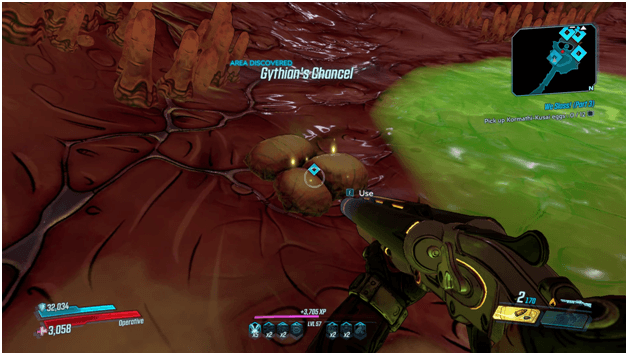 Make your way to Heart’s Desire or fast travel to get there quicker and proceed to Gythian’s Chancel which has the location of Kormathi-Kusai eggs that Eista has asked you to gather.

Heading to the nest that holds these eggs may be quite a challenge as there will be many enemies along the way which you can either fight or run past.

You will need to interact with the egg pile in order to gather the eggs as it will release 4 eggs per egg pile. 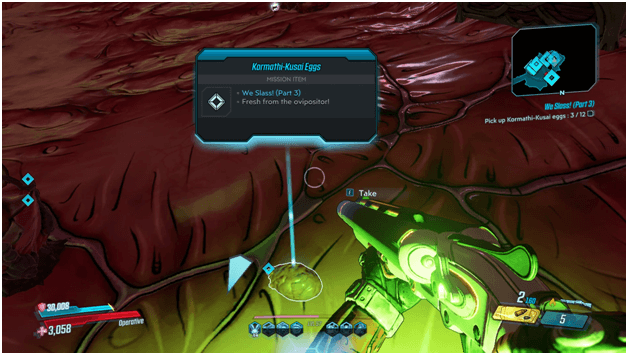 Collect the eggs that are dropped from the egg piles until you have accumulated exactly 12 in total before heading back.

Fast travel back to the camp once you have gathered the eggs and go to Eista who will once again lead you to the arena. 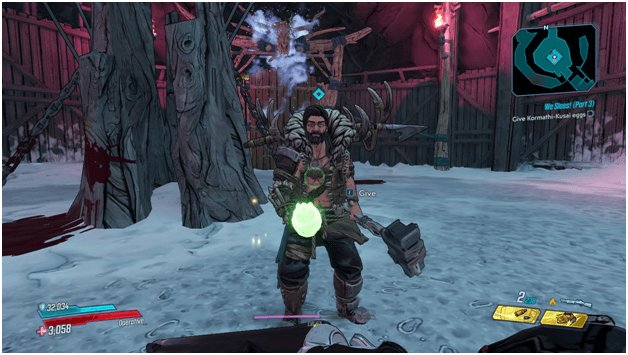 Once you are both inside the arena, give the eggs to Eista who will then use them to empower himself once more to make the fight an even match. 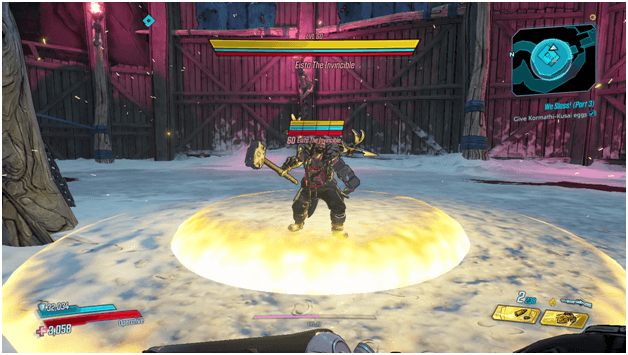 Begin fighting with Eista once he turns hostile and attack him until you have depleted his armor, shield and health bars.

Once Eista has been defeated, revive him and he will reward you by giving you access to his armory again. 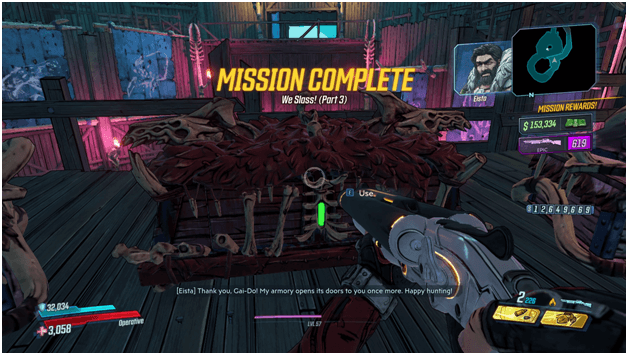 Once you proceed to the armory, the mission will be complete and you will be rewarded with around 153,334 cash and the “Sacrificial Lamb” epic shotgun.

After completing the We Slass! (Part 3) mission, you will now be able to grind loot by fighting with Eista anytime you enter the arena during a new instance of your game. 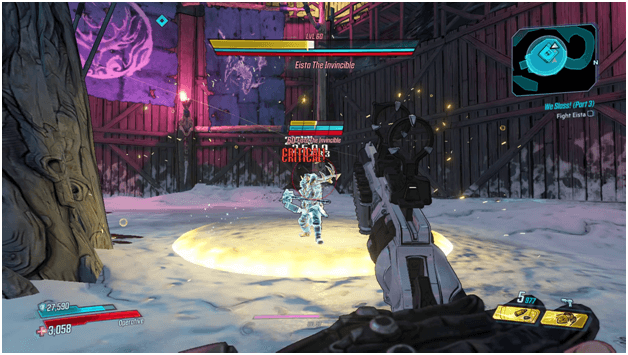