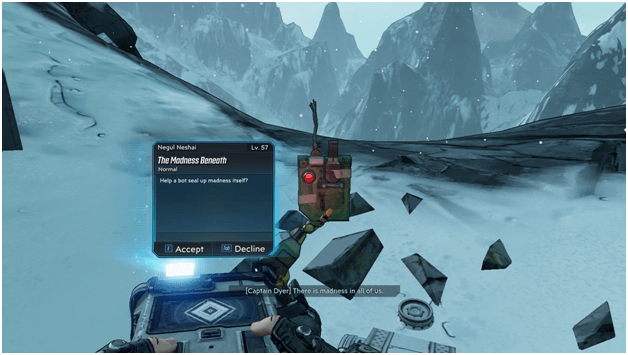 A robot with implanted memories of a man known as Captain Dyer has awakened due to the fact that “madness” may escape a cave that was sealed a long time ago which has been opened up.

You are tasked with preventing the madness from escaping and will need to attempt to seal the cave before anything unwanted happens.

Sealing Off The Cave 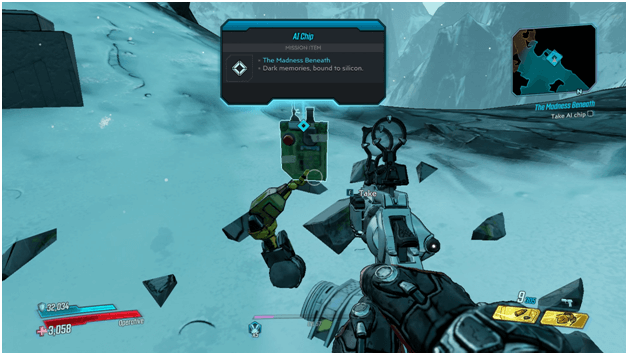 After accepting the mission, pick up the AI Chip which you originally accepted it from and it will give you instructions. 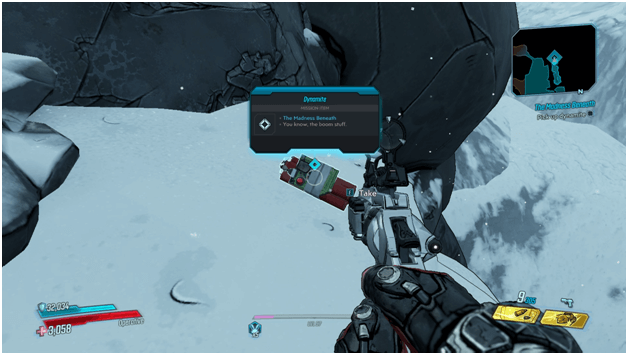 The AI will tell you to grab some dynamite located nearby that you will use to blow up the entrance of the cave with.

You will find the dynamite at the bottom of the side near the entrance to the cave and will need to carefully head down to obtain it. 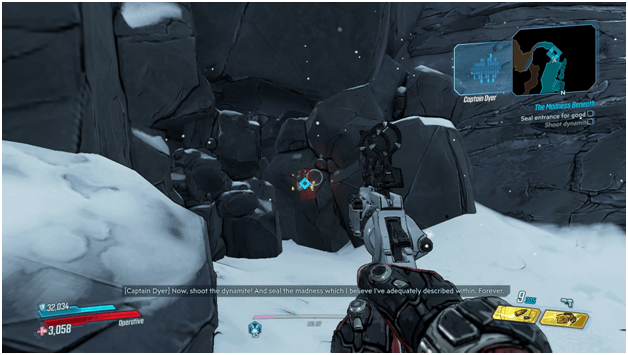 Once you have the dynamite, head to the entrance foot the cave and place it on the rocks in an attempt to blow it to properly seal it.

Shoot the dynamite to blow it up but this will end up wrong and instead make it easier for the madness to get out.

The AI will suggest that you journey inside and find the source of the madness instead to figure out how to put a stop to it. 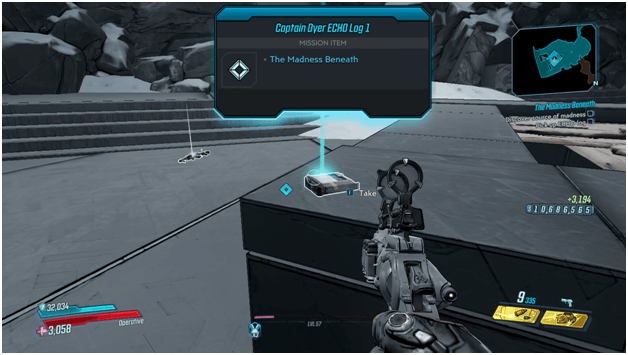 Continue making your way into the cave and you will discover a room that has 4 shot-goths lurking inside.

Kill all of the shot-goths and later on you will be able to pick up an ECHO log which you will listen to for clues. 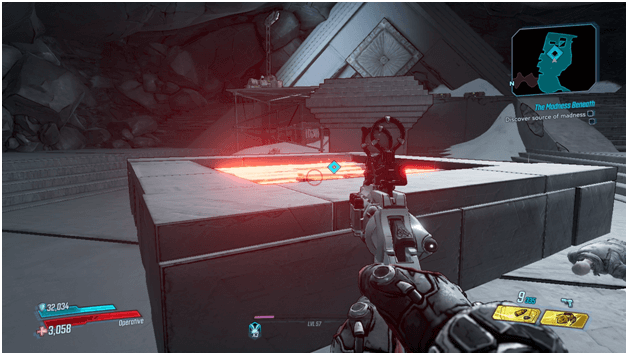 After you have listened to the ECHO log, the wooden cover of what appears to be an entrance will be breakable and you must destroy it so you can jump down.

Continue following the tunnel that you have jumped into and fight your way past the shot-goths that stand in your way. 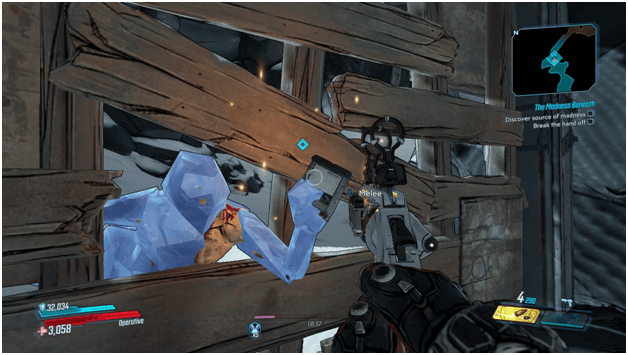 A frozen body will be holding an ECHO log and in order to reveal another clue you will need to destroy the arm and take the dropped ECHO log.

Once you have listened to the ECHO log you will need to destroy the wooden planks where the body is and head through.

Destroying The Source Of Madness 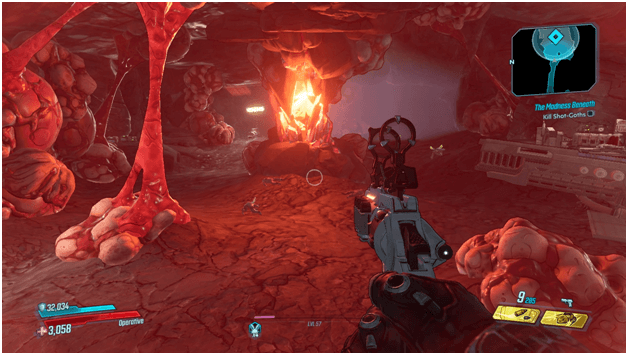 You will find yourself in front of a crystal which is the source of the madness and will need to destroy it but first you will have to get rid of more shot-goths that are in the area. 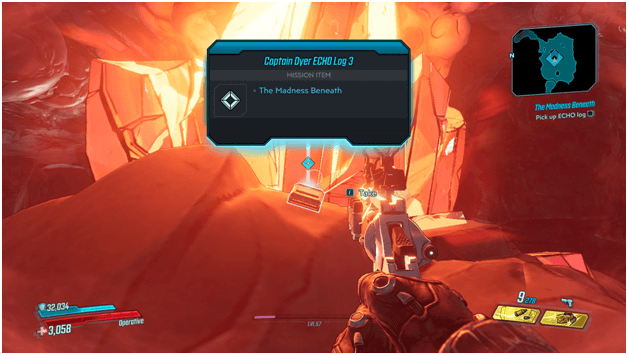 After killing the shot-goths, pick up the last ECHO log in the area and it will reveal that Captain Dyer had gone mad due to the crystal.

The AI that had been implanted with Captain Dyer’s memories tells you that the crystal must be destroyed and you will need to activate a nearby laser. 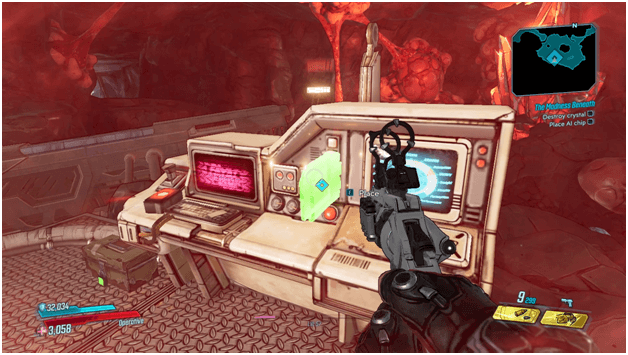 Place the AI Chip so that it will be able to power up and control the laser in an attempt to destroy the crystal.

While the crystal is being damaged by the laser, the true Captain Dyer will make his appearance but instead he will be transformed rather than human. 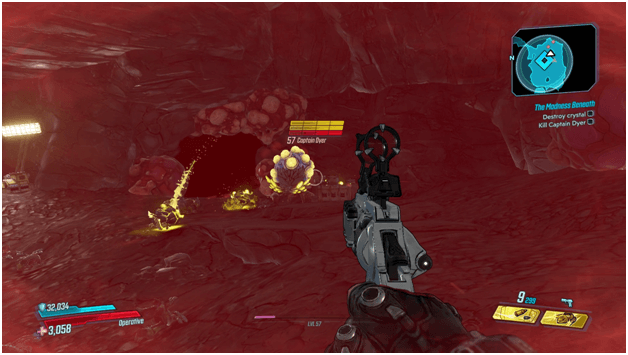 You will need to kill the transformed Captain Dyer in order to continue with the mission and once you have done this, you will need to head back to the laser. 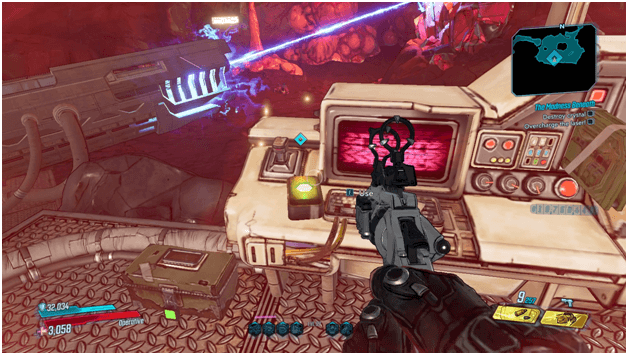 Interact with the controls near the laser to overcharge it which later on successfully destroys the crystal, ending the source of the madness.

The Madness Beneath Mission Rewards 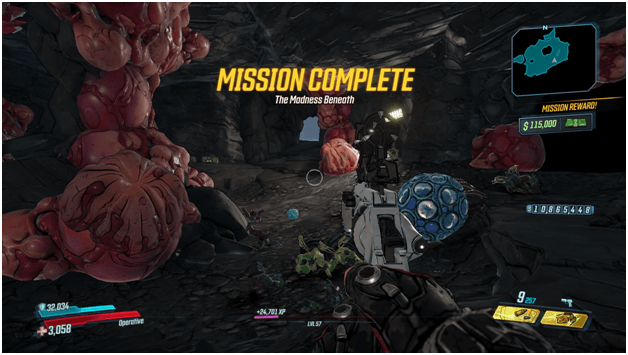 The destruction of the crystal will result in the completion of the mission and you will be rewarded with around 115,000 cash. 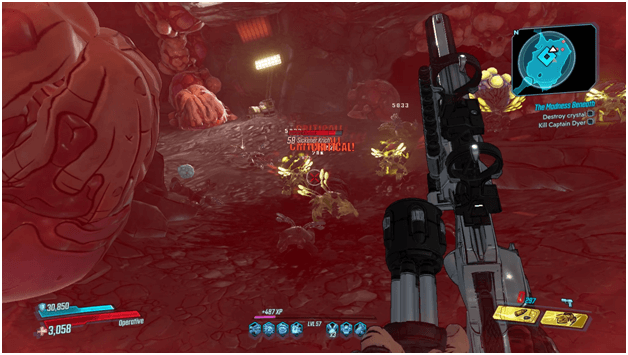