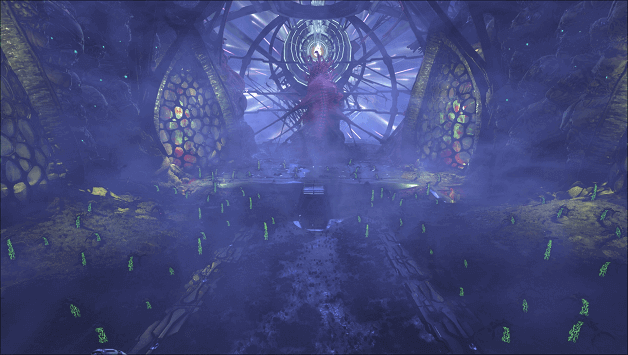 The Rockwell Prime is the final boss which you face in Ark Survival Evolved, which is encountered in the Genesis: Part 2 DLC.

As Rockwell has gained control of a whole ship that is infested with flesh-like areas and appears to be a living being, it turns out he controls it.

Rockwell Prime first appears as a cocoon but later on is released and attacks you in his final form, which appears to be him stationary as if on a throne.

How to Summon Rockwell Prime?

To start the Rockwell Prime Boss fight, you will need to have completed the following missions and have Mutagen.

When the fight begins, Rockwell is invulnerable and you will notice there are several tentacles but there will also be purple-colored ones which are the Super Tentacles.

You will need to destroy a certain amount of Super Tentacles before you can destroy the nodes around the area (total of 4) and this needs to be repeated.

To damage the nodes quickly, you can use an Exo-Mek, which will appear once you have destroyed the Super Tentacles.

Repeat these steps until all of the nodes have been destroyed, you will be able to investigate the chrysalis that Rockwell is inside.

Your Exo-Meks will be destroyed when Rockwell is unleashed from the Chrysalis and from there on you will be able to damage his health.

Rockwell Prime will always have the same colors and appearance when he spawns, but the different difficulties still differ from what is rewarded.

Defeating Rockwell is mainly based on how fast you can complete the phases and then damage him in the final phase.