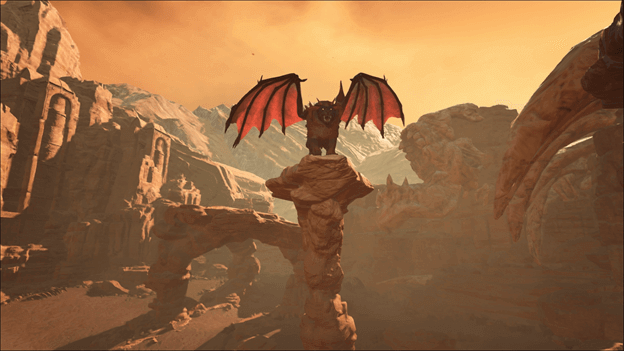 The Manticore is a mythical beast who takes the role of the boss in Scorched Earth, being the only boss on that map that players aim to defeat in the endgame.

This creature is a combination of several others, having a lion’s body and head, bat-like wings, and the stinger of a scorpion, which can release venomous projectiles.

First seen in the Scorched Earth map, the Manticore has proven to be one of the toughest, if not annoying, creatures due to its tremendous power and ability to fly and swoop down.

How to Summon Manticore?

The Manticore can be summoned by bringing all of the required tributes to one of the Obelisks and using them to initiate the boss fight.

The Manticore may be encountered in the Ragnarok Map and Valguero Maps as they are spawned alongside other bosses.

When you teleport into the arena after using the tribute, you will find yourself on a platform in the Scorned Crags (also known as Manticore Arena.)

The Manticore will let out a fierce roar before it engages you, attempting to go straight for you and any tamed creatures that you have.

When the Manticore is in the air, it will attempt to either swoop down and swipe you with a powerful melee attack or shoot out several projectiles that cause damage and torpor.

It is best to have a good ranged weapon and ammo for dealing damage when the Manticore is far from you while staying on the back of one of your tames.

Be sure to mount your tames when the Manticore gets close or when it sprays out its venomous projectiles.

When you are on your mount. You can be affected by the projectile torpor as it has a small area of effect, which can be countered by wearing a Gas Mask or Tek Helmet.

Bringing Stamina recovery items can help you or your tames when it comes to avoiding being knocked out by the torpor from the ranged attacks of the Manticore.

Your best bet is to have creatures that can fight the Manticore with a good amount of health, such as Rexes, Spinos, or Therizinosaurus.

Beware of the Alpha Deathworms that appear if you step off of the platform and Rock Elementals that spawn when you have reduced the health of the Manticore to some extent. 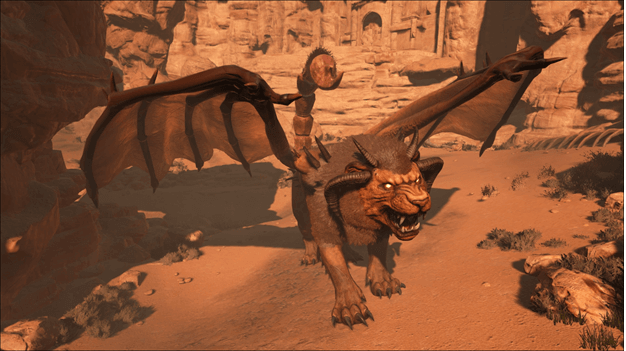 The Manticore’s Gamma variant is a light shade of brown and has glowing yellow eyes, being the basic model and color for the creature. 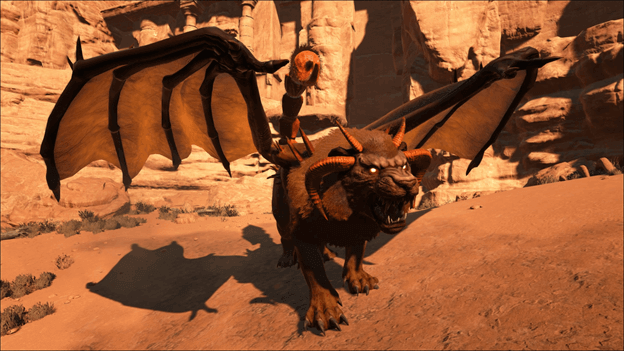 The Beta variant of the Manticore retains its glowing yellow eyes but has a slightly darker shade of brown and a more orange-colored sset of spikes, horns and its stinger. 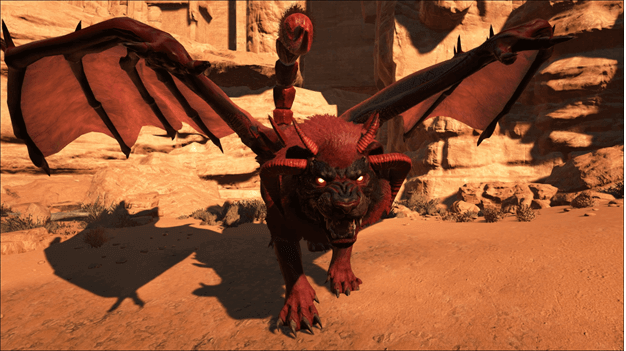 The Alpha Manticore, like most alpha variants, gets a darker shade of red to replace the brown colors and retains yellow glowing eyes.