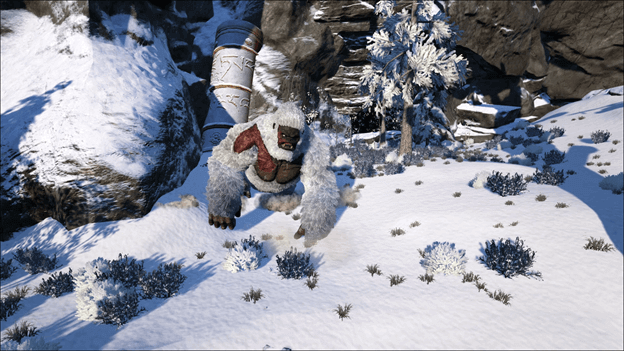 The Megapithecus  is the second boss that you are most likely to fight in Ark Survival Evolved, which can happen in the Megapithecus Arena on The Island Map.

Along with Broodmother Lysrisx you will fight the Megapithecus when doing The Center Arena, as the two bosses will be teaming up against you and your tribe on The Center.

The Megapithecus appears to be more like a gorilla-like creature who is slightly damaged or twisting with signs of unnatural energy in its one glowing eye.

To summon the Megapithecus, you will need to head to any Obelisk on The Island map, bringing the required tributes along with you.

The tribute required to start the boss fight in The Center is different and will summon both the Megapithecus and Broodmother Lysrix.

The Megapithecus will engage you at both close range and may even attack you from a distance by throwing boulders at you.

Bring tamed creatures that can endure such attacks and you should avoid mounting creatures that leave you vulnerable to attacks, since the boulder may hit you.

Make sure that you stay mounted to avoid getting killed instantly by its attacks or boulders and avoid staying near the edge to avoid falling.

The Megapithecus has a slightly lower amount of health than other bosses, making it relatively easy to defeat through strong creatures such as Rexes who can tank and deal damage.

Other strategies include using brew Kentrosauruses for their ability to reflect damage or Allosaurus for their good amount of damage per second. 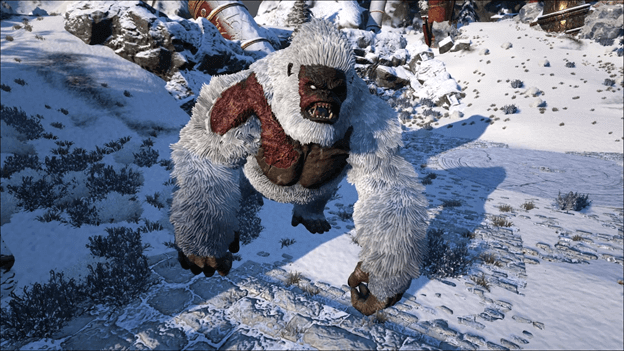 The Gamma variant of the Megapithecus is distinguished by its white fur with hints of grey and its noticeable patch which appears as a burn or other kind of wound. 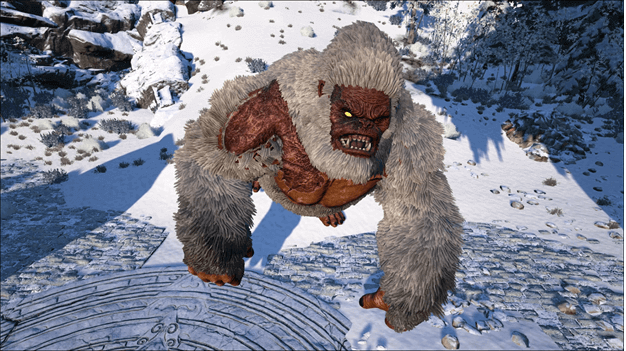 The Beta variant of the Megapithecus appears to only have a change in its skin going towards a more brownish color while its fur is grey. 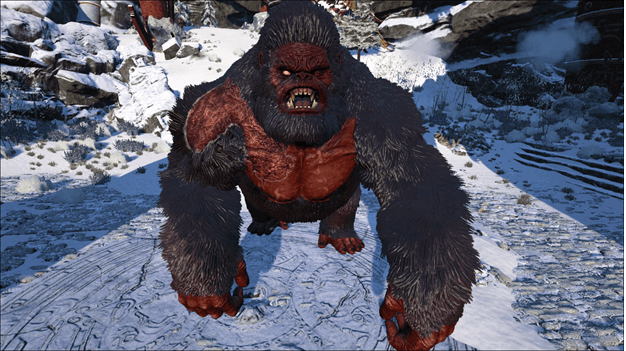 The Alpha variant of Megapithecus has a red glowing eye instead of the normal yellow one, along with black fur and reddish skin almost identical to the color of its wound.