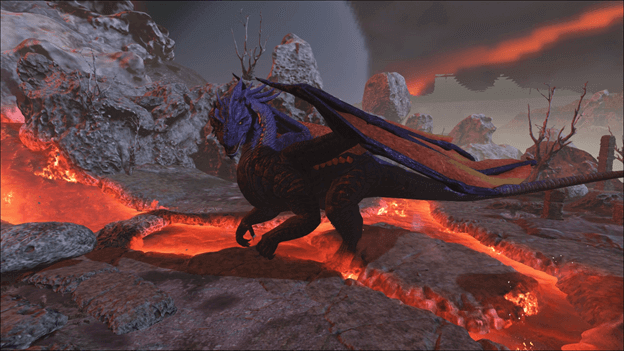 One of the fiercest and strongest bosses you may face on The Island is the Dragon boss, who you encounter in a volcanic arena.

Not only do you face the Dragon, who can breathe out the scorching fire and is capable of prolonged flight in the area, you also face Pteranodons and Dimorphodons.

The Dragon has the form of mythical beasts of legends, a reptilian creature with large wings that is gigantic.

How to Summon Dragon?

To summon the Dragon, you will need to head to the Green Obelisk on The Island map, requiring a certain set of tributes.

The Dragon may be encountered in the Ragnarok Arena and Valguero Arena, partnered with other bosses depending on which map you are on.

It is important that when fighting the Dragon to keep an eye out for the other creatures that spawn in the area, the Pteranodons and Dimorphodons.

While it is possible to deal a lot of damage with rarer items such as Mastercraft and above, it is also best to have mounted with you.

An army of Rexes or Therizinosaurs can make quick work of the Dragon and the other creatures that fight alongside it and can make it much safer as they tank the damage.

Bringing strong (a higher rarity) ranged weapons is good for when the Dragon is in the air and resorting to your tamed creatures when it lands will be a good strategy.

Look out for the Dimorphodons as they are capable of attack you on your mounts, but these can easily be dealt with using your tames.

The Dragon will mainly fly around, land, spit out fireballs and summon Pteranodons and Dimorphodons to attack you throughout the whole fight. 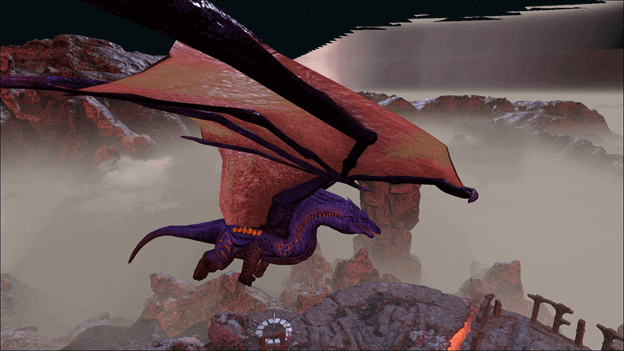 The Gamma variant of Dragon has a body that is colored purplish and blue, along with orang wings that expand widely from its body. 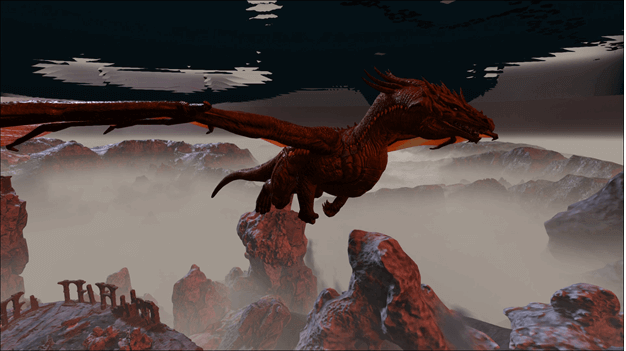 The Beta variant of Dragon retains its widely spread orange wings while having an orange body instead of the purplish-blue color. 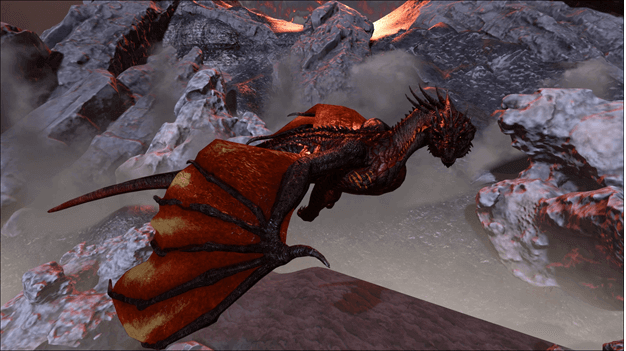 The Alpha variant of the Dragon had a dark-red-colored body along with its orange wings that seem to have a slightly darker shade.