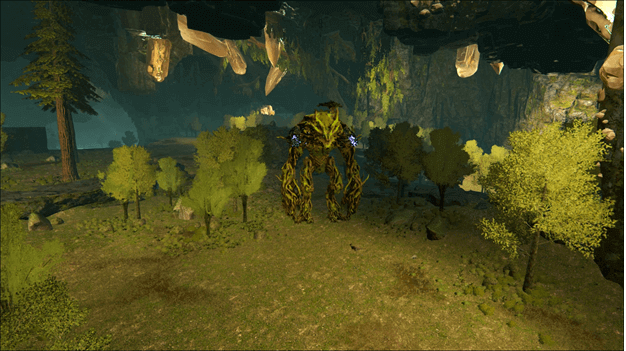 The Forest Titan is one of the bosses in the Extinction map which is fought in the Forest Cave being summoned using tribute.

This towering giant creature is quite a challenge for new players but is a necessary boss to beat to unlock some of the Tek Engrams in Extinction.

Fighting this Forest-Type boss also includes Forest Wyverns, a smaller special type of Wyvern which is untamable and supports the Forest Titan.

How to Summon Forest Titan?

To summon the Forest Titan, you will need to head to the Forest Obelisk (15.9 – 50.5) and use tributes gathered around the map.

Unlike with some of the other bosses in Ark, there is only one variant of Forest Titan which requires the same tribute each time it is summoned.

The Forest Titan will attempt to close in on you, fighting back against other creatures that you may have during the fight.

It can attack you at close range and from afar with stomps and long vine attacks, so make sure you have creatures engaging it to avoid being targeted.

It is possible to surround the Forest Titan with multiple strong creatures so they can munch away at it but make sure they have the health to avoid a mass slaughter.

The vine attack of the Forest Titan can grab players and tames, while also dealing a very large amount of damage, possibly killing players in a single hit.

It is ideal to keep some of your tamed creatures focusing their attacks on the Forest Titan why do you attack from afar or use a mount from a safe side of the boss. 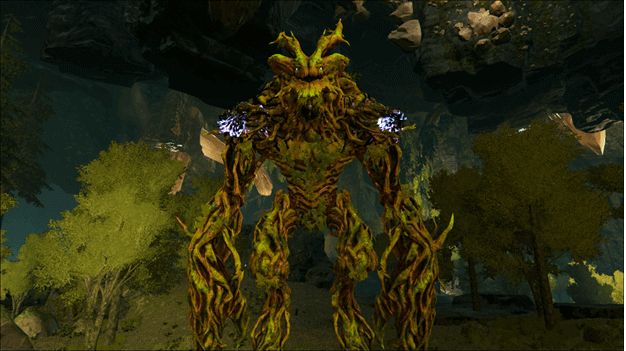 The Forest Titan appears somewhat humanoid in form with a creature head mainly made up from vines and other tree parts.

The Forest Titan can drop many rewards, many of them are selected at random and include the following:

How to Tame Forest Titan?

Instead of killing the Forest Titan, you can weaken it by destroying specific nodes on its body (2 for arms 1 on the chin.)

After destroying the nodes, the Forest Titan will fall to the ground and you will be able to interact with it to instantly tame it, automatically equipping it with a saddle.