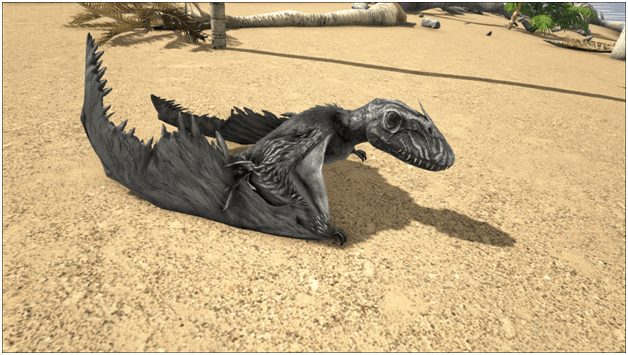 Dimorphodon Equesica are bird-like carnivores with a reactive temperament that appeared during the early Jurassic period.

These creatures are small but not to be mistaken to be helpless as their large jaw is bigger than a human skull and its bite can prove to be agonizing to creatures.

They can usually be seen flying in casually in many places and will occasionally land to take a rest and even walk around.

A Dimorphodon will fly past humans as if there was no one around but even the simplest attack, either accidental or intentional, will cause them along with any Dimorphodon to become aggressive and follow across long distances in an attempt to kill its attacker.

While they are not the most durable of creatures, they make a good shoulder pet and will attempt to take large bites off of enemies that attack its owner and can even be thrown at a target, allowing it to get a good boost at it goes for the kill. 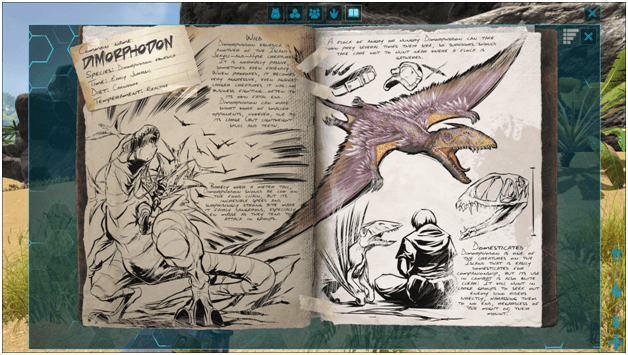 Dimorphodon will usually be passive but regardless of what attacks them, they will fight back even if it leads to their own death.

Given its size being smaller than other creatures, it is believed that these flying beasts are at the bottom of the food chain but due to their large jaw that provides them with the ability to take powerful bites and its capability of flying fast, it surprisingly survives most situations.

A pack of Dimorphodon can prove to be very dangerous, especially when they all attack with different timings, making them able to take down even the largest of creatures.

While a Dimorphodon will not usually attack survivors, once a single one has approached the survivor, it will call its pack which may lead to the pack attacking them.

Although these dangerous creatures may appear to be very vicious, they are quite easily tamed and will prove to be very helpful for those that carry one around or even have a whole flock protecting them. 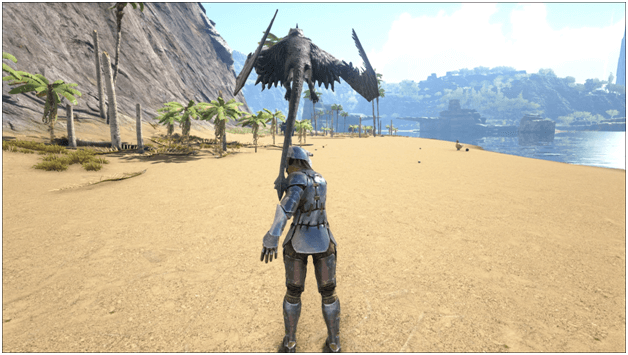 One of the unique features of the Dimorphodon is that it will automatically attack enemies that have been targeted when it is thrown.

While facing an enemy:

Dimorphodon excel in attacking enemies in a group and will deal more damage and with their small size and fast speed, they can become very annoying to fight.

Dimorphodon are great at swarming enemies as they can be very hard to hit at times and when attacking an unmounted enemy creature, they can continuously fly around it while attacking which can cause the creature to go crazy, unable to focus on a single target.

Having a Dimorphodon with you may provide you with protection, especially if you are attacked up close by survivors or wild creatures.

You can easily go head to head with another survivor and launch your Dimorph at them in order to team up on the unlucky survivor.

How to Tame Dimorphodon? 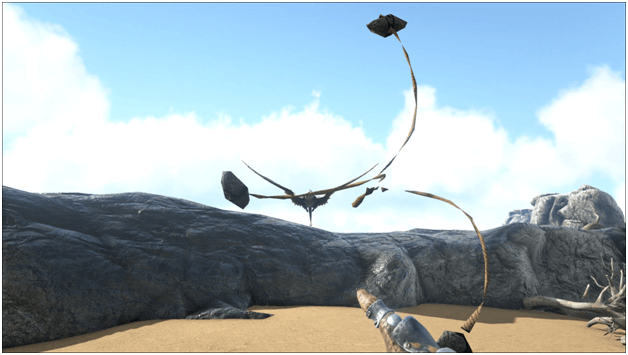 Dimorphodon of higher levels can usually be tamed by simply throwing a bola at them before shooting them with a weapon that can knock them out but in certain cases a single shot from a higher quality weapon can knock them out without the need for it.

Dimorphodon are too small to ride on but they can follow you around flying or can be mounted on your shoulder. 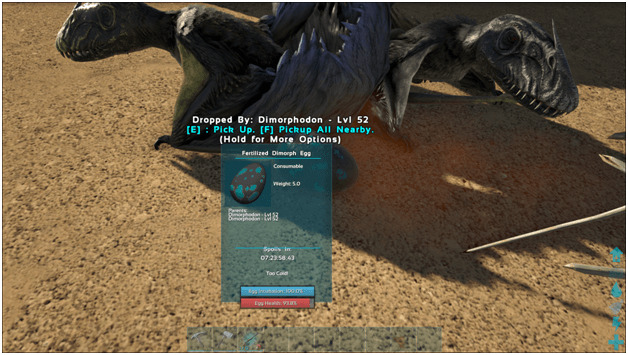 Upon mating, the female Dimorphodon will drop a Fertilized Dimorphodon Egg which can be identified by its black color with teal spots. 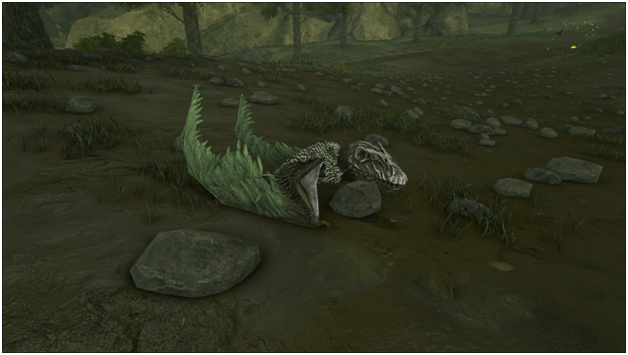 Aberrant Dimorphodon can be found in the Aberration and Valguero maps.

The shores usually have Dimorphodon roaming them but there have been moments where they tend to roam jungles and forests.

Maps where the Dimorphodon spawns:

The following are spawn maps where the Dimorphodon can be found 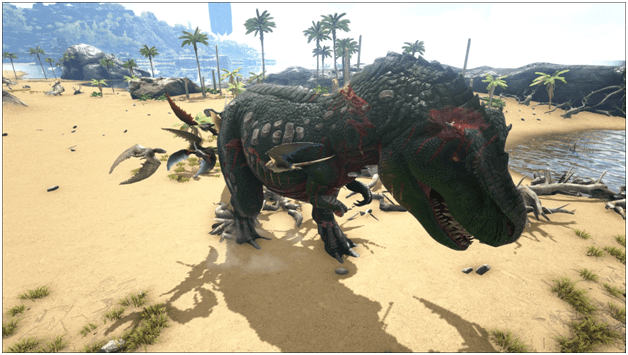 A single Dimorphodon can be quite a nuisance for those that it is attacking but should there be a pack that is aggressive, catastrophic damage becomes a possibility for those that are targeted.

Dimorphodon are favorites of many players due to their powerful bite and because they can fly, chase and track down enemies if ever its owner loses the trail.

Utilizing Dimorphodon in both air and land situations can help survivors fight their enemies by providing both a distraction as well as dealing damage at the same time.