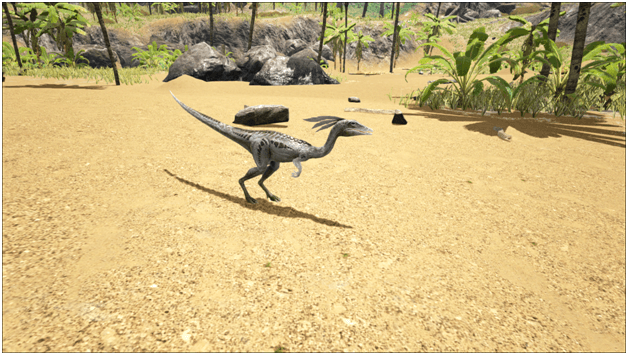 Compsognathus Curiosicarius are small and curious carnivore from the late Jurassic period.

Although these creatures are very small, several of them can prove to be quite deadly when attacking altogether, capable of swarming survivors and other creatures within seconds.

Compy can usually be seen roaming around and will eventually approach anything that catches their attention, resulting in the possibility of others accompanying it to attack.

When approached by a survivor, a single Compy will be harmless and will not attack but when other Compy arrive, they will begin to swarm the survivor.

Survivors can have Compy accompany them and even ride on their shoulder although some survivors may have several of these not only for pets but since they are capable of taking enemies down by overwhelming them. 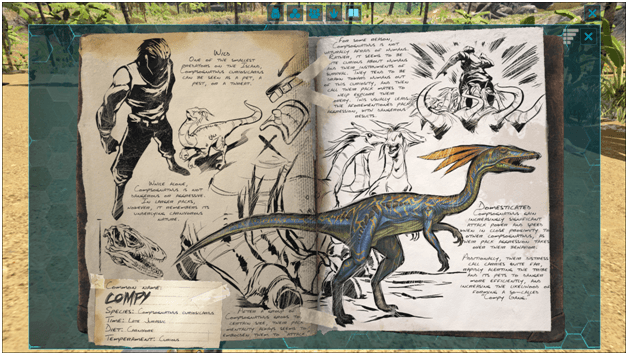 There are basically only a few things that come into mind when one spots a Compy, they are basically a pet a nuisance and in groups a dangerous threat to those without tames.

A single Compy alone is harmless but when a group is present, they begin to turn bloodthirsty and will attempt to take down prey even larger than themselves.

It appears that the more Compy that are present in a pack, the more confident they are in attacking their targets.

While a Compy will not usually attack survivors, once a single one has approached the survivor, it will call its pack which may lead to the pack attacking them.

Domesticate Compy will still retain their pack benefits, allowing them to make use of their increased speed and power when they are close with one another. 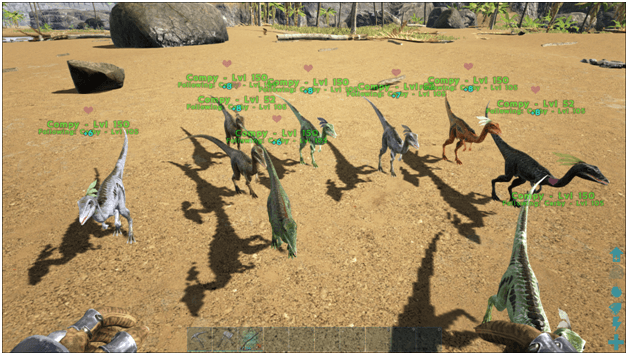 Multiple Compy can be a deadly threat to those that they swarm since their pack bonus can reach up to +8, further increasing their efficiency as a group.

While weaker in smaller numbers, a group of several of these creatures can easily take down targets that are larger than them, especially humans as they can swarm and block them off.

Having these inside a base can make it hard for enemies to raid, especially when there are turrets inside and they try to hide as a group of Compy may cause panic and even prevent them from focusing on the raid.

While on your shoulder, a Compy can attack an enemy in range and when on the ground it can fight alongside you although having many is better to make use of the Pack Bonus.

How to Tame Compy?

It is easy to tame a Compy as it is very small and does not have a large amount of torpor which means it can easily be knocked out with a club or tranquilizer darts.

Regardless of how easy it is to knock one out, Compy are picky and can only be tamed with Mutton, Prime Meat or Prime Fish Meat.

The Compy is very small and obviously cannot be ridden but can be picked up and acts as a shoulder pet. 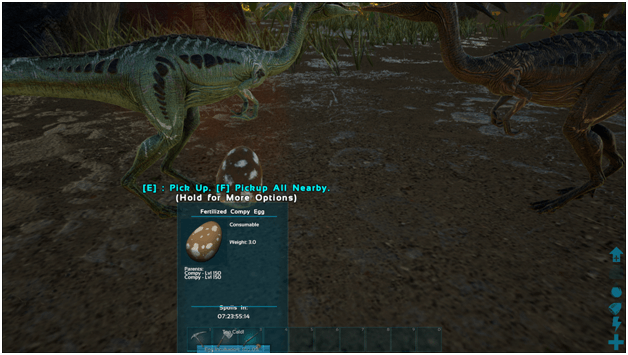 Compy can breed and will drop a small brown egg covered with white spots after successfully mating but beware the baby will be very tiny when it hatches and it should be monitored or it can be lost when it wanders without being claimed.

The shores usually have Compy roaming them but there have been moments where they tend to roam jungles and forests.

Maps where the Compy spawns:

The following are spawn maps where the Compy can be found: 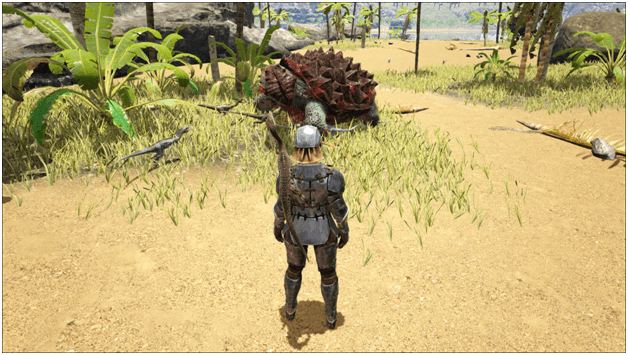 While Comply are not the strongest creatures in maps, they can be used strategically in different ways such as base defense or taking out tames without being noticed right away.

A single Compy will not do much damage unless it is bred well but a group of Compy are always capable of dealing damage to a certain extent.

Although these creatures are cute and harmless at times, it would be wise to always check if there are others around them as many have misjudged these creatures to be harmless but end up getting swarmed.