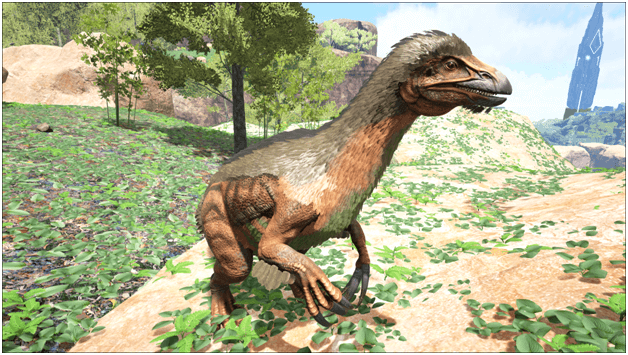 The Therizinosaurus Multiensis is a herbivore from the late cretaceous period and is a very aggressive creature, attempting to attack those that get too close to it.

Therizinosaurus are very deadly and can tear enemies to shreds with its razor sharp claws, destroying armor and thick dinosaur skin alike.

Most of the time they can be seen wandering without paying attention to other creatures around them unless threatened.

Should human approach them or if they stumble upon certain tames, the Therizinosaurus will immediately become aggressive and will start attacking.

A tamed Therizinosaurus is known for being a multipurpose dinosaur due to its ability to farm several resources in large amounts. 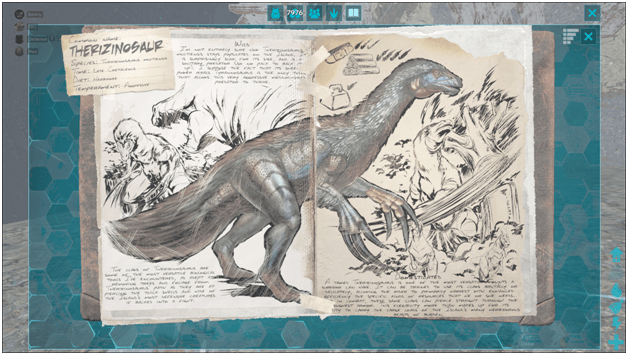 In the dossier it seems to be a question how the Therizinosaurus is capable of staying populated due to its slow movement but apparently due to its power, it is capable of surviving and can even take on a Tyrannosaurus.

Therizinosaurus claws are shaped in such a manner that they are biological tools which give it the ability to be and adept resource farmer but not only is it good for harvesting but these become a powerful weapon against its enemies as well.

A Therizinosaurus is a very powerful mount and can be used for both battle and harvesting, making it a good all-around tame to have as it gives a large advantage to survivors that have managed to domesticate it. 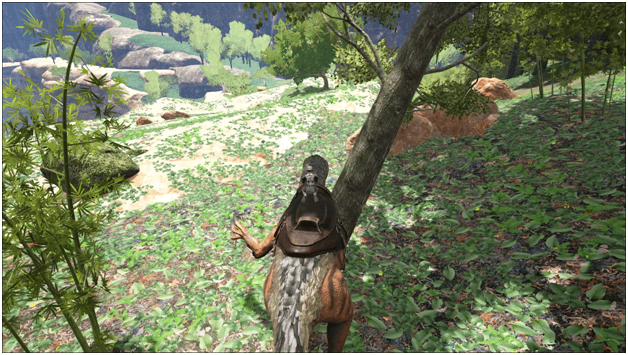 A normal attack done by the Therizinosaurus will make it not only deal damage but when certain resources or dead enemies are hit, a higher amount of resources will be gained. 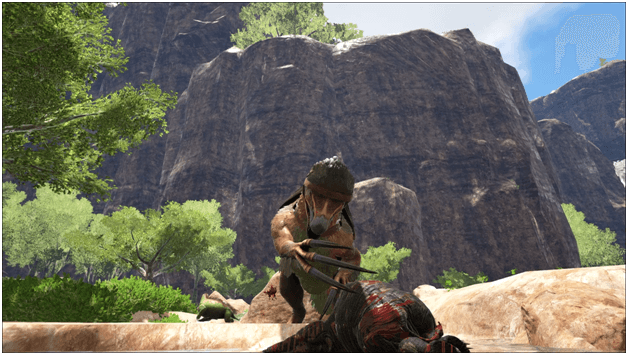 Power harvesting will grant higher amounts for several resources such as wood from tress or meat, hide, chitin and more from dead creatures. 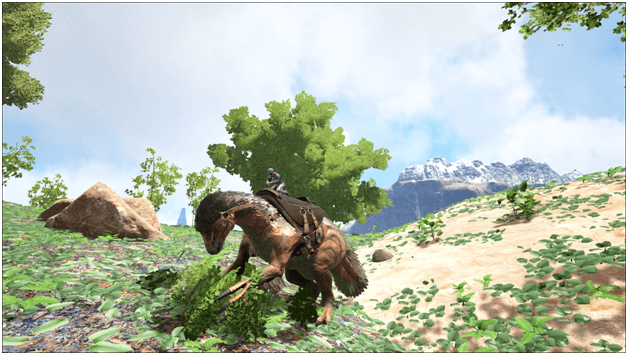 Delicate harvesting allows the Therizinosaurus to collect a higher amount of resources that are considered to be delicate such as berries, fiber and certain resources from enemies.

There are two Delicate Harvesting attacks which can be performed which a soft picking which allows it to gain higher amounts of delicate resources such as fiber and seeds from plants or organic polymer from certain dead creatures. 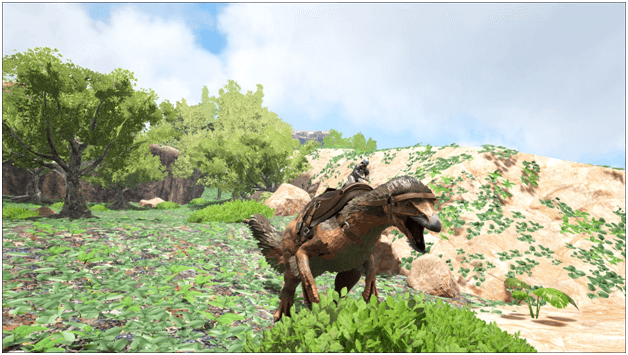 Its bite attack allows it to gather more berries from bushes and more hide or chitin from dead creatures. 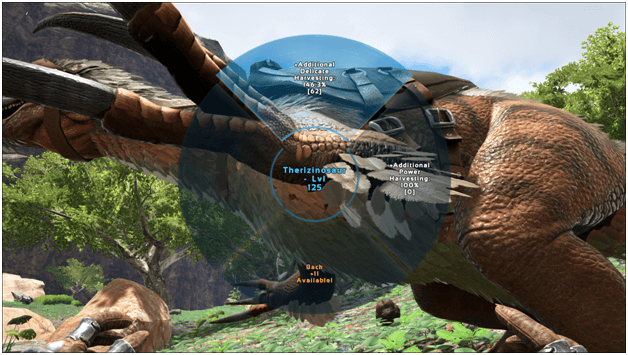 The Therizinosaurus farms in two different ways which are delicate harvesting and power harvesting and each of these may have a point spent on upgrading them every time it levels up.

Placing a point in either delicate harvesting or power harvesting will increase the resource gain by a certain percent. 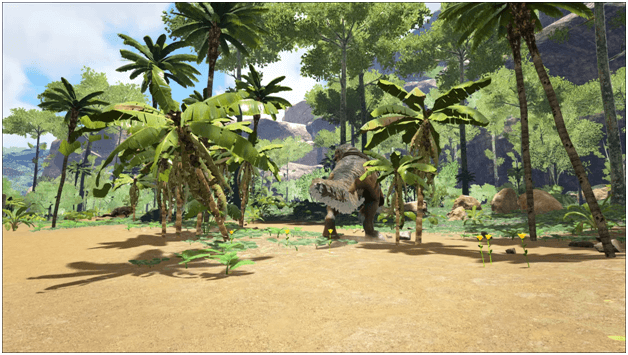 Leaving the Therizinosaurus next to resources such as bushes or trees will make it use its attacks to automatically gather them.

If set on wander, the Therizinosaurus will attempt to harvest any resource nodes that it passes by which are applicable to its harvesting types.

The Therizinosaurus is one of the best farming tames in the game due to its ability to harvest a large amount of resources as its basic attacks are affected by either Power Harvesting or Delicate Harvesting.

Having a Therizinosaurus can speed up the farming process for several resources and give tribes a large advantage, especially when one is tamed at an early time.

Not only is the Therizinosaurus exceptional when it comes to farming, but being a medium sized creature with sharp claws makes it capable of defending itself.

How to Tame Therizinosaurus? 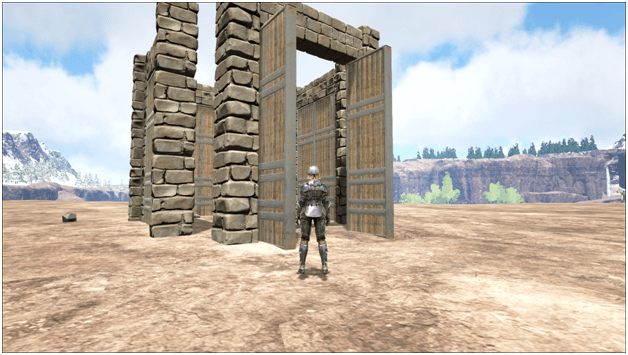 The moment you attack or even get within a close range to the Therizinosaurus, it will begin to attack you which makes taming the dinosaur hard for those who come unprepared.

Trapping the Therizinosaurus is a good way to tame it which can be done by using stone gates and luring it inside.

Placing the stone gates to form a box shape will give you sufficient space to shoot the Therizinosaurus with ease and give you a good distance to remain unharmed. 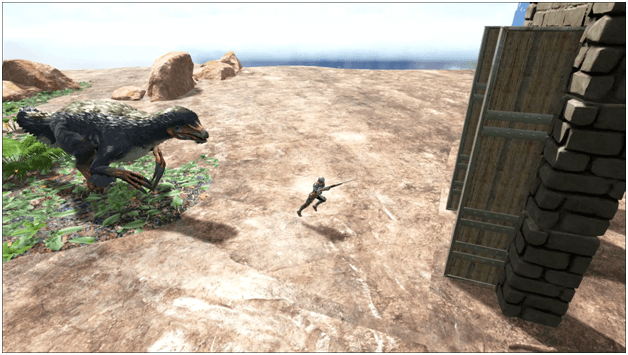 Begin by either approaching or shooting the Therizinosaurus and head into the cage to lure it inside, causing it to follow you once it has become aggressive.

As you lure the Therizinosaurus inside the trap, head quickly through the spaces and run around to close the gate. 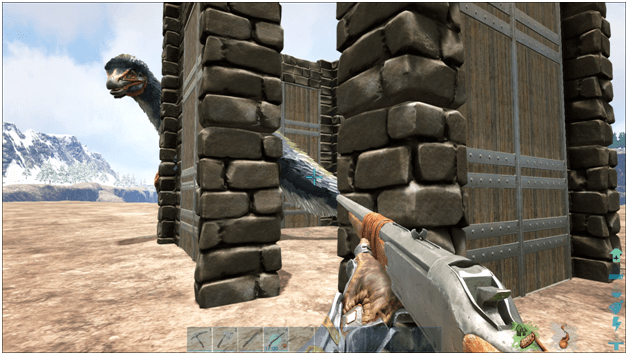 Once trapped, you may begin shooting at the Therizinosaurus and it will attempt to run around or attack you.

Be sure to keep a good distance to avoid getting hit by its deadly claws which can pretty much destroy your armor or even kill you. 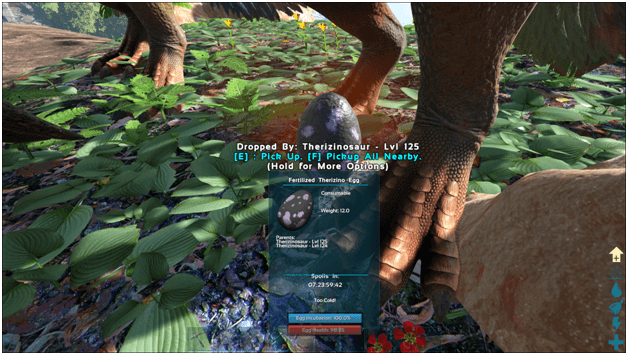 Therizinosaurus can usually be found wandering in different locations on different maps, mainly in forests and jungles.

Maps where the Therizinosaurus spawns:

The following are spawn maps where the Therizinosaurus can be found 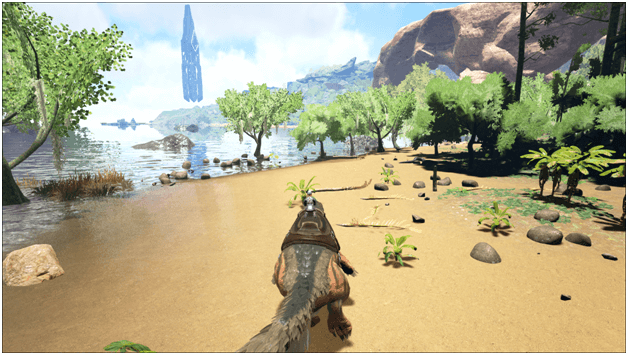 Therizinosaurus are great for mainly farming as they can easily gather large amounts of several kinds of resources, making it a perfect addition to any base.

Its high base damage allows it to easily handle wild creatures and even tamed ones with ease due to its powerful attacks.

This creature is both a fighter and a farmer and will prove deadly for anything that stands in its way.