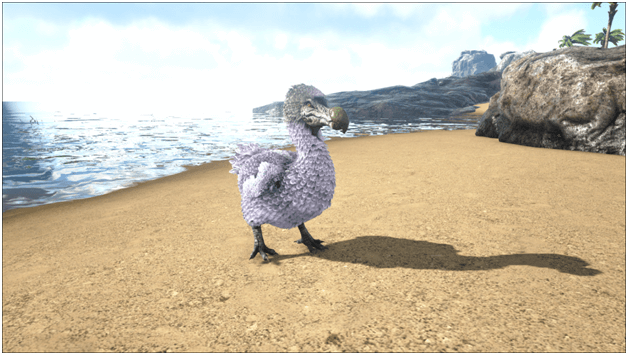 The Raphus Replicare is a species of bird from the late Holocene period which is oblivious to almost everything around it and has a herbivorous diet.

Absolutely no one should ever feel threatened by this creature as it is pretty much clueless of what is going on around it most of the time.

Dodos are pretty much one of the lowest creatures in the food chain and get killed by almost anything, even by accident.

When approached by a survivor, these creatures will continue to cluelessly walk around but once they are attacked or notice one of their kind attacked, they will immediately run away, even heading off cliffs or swimming into the deadly ocean.

Dodos are usually tamed for collecting eggs while some prefer to have them as pets or a back-up source of food as these creatures reproduce quickly and it is easy to get a flock of them. 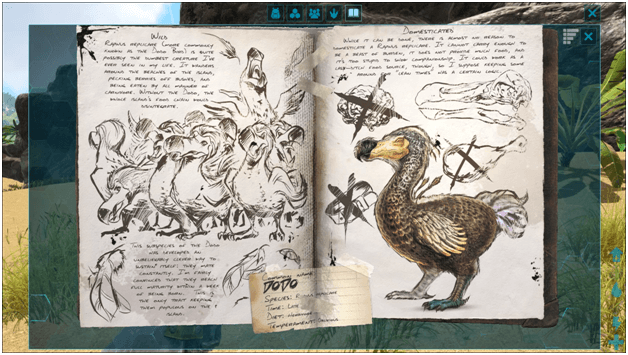 Dodos are considered to be one of the dumbest creatures that have ever been found amongst all of the other inhabitants that exist.

This species of Dodo stays populated due to the fact they constantly mate and can reach full maturity within a short period of time.

It appears that the more Dodo that are present in a pack, the more confident they are in attacking their targets.

Dodos do not appear to have much use when domesticated aside from being a source for food as they lack the means to carry anything around and are too dumb to be companions.

The Dodo does not have anything special about it other than the fact that it can be pretty amusing at times and you and your tribe can play “Toss the Dodo” when bored.

Dodos do not have many uses but can be considered a good source of food and their eggs may be put to use through cooking.

You can leave Dodos nearby to get killed by enemies that are careless enough to do so to get an early warning of their arrival.

Since Dodos are harmless, they are often ignored by survivors which grants the opportunity to make a Dodo bomb by strapping C4 and commanding them to go to enemies or dropping them.

Dodos can also be infected with swamp fever and can be dropped in enemy based to be killed, spreading the infection similar to a bioweapon.

How to Tame Dodo? 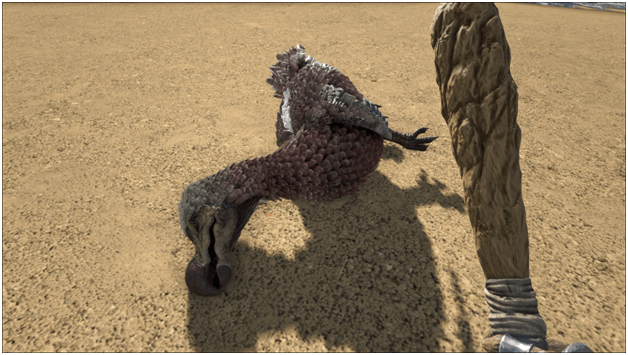 Dodos are slow and harmless and you can easily take them out with a club and even punch them to sleep but be careful with other weapons as these can possibly kill the Dodo with one hit.

There is no saddle for Dodos and they are clearly too small to ride as any attempt to do so would most likely squish them. 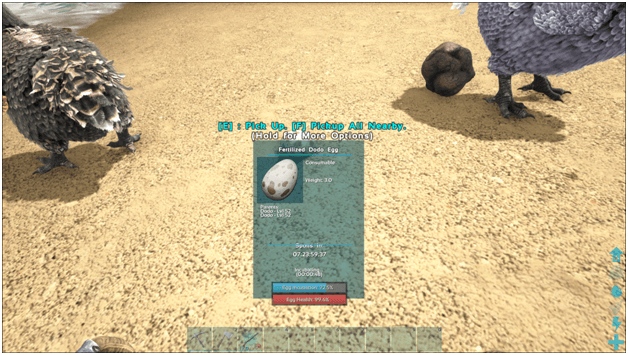 Dodos can breed rather quickly and once two of the opposite gender have mated, a Fertilized Dodo Egg will drop from the female which can be distinguished by its small shape and white color along with brown spots. 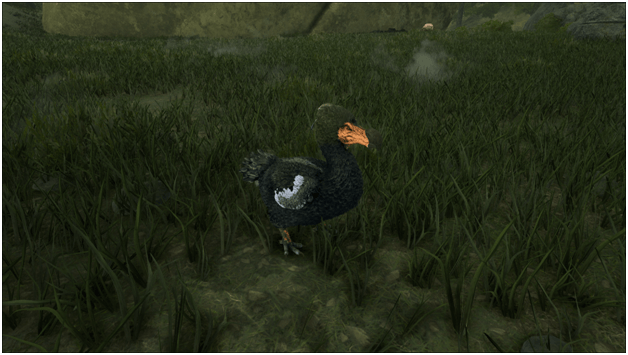 Aberrant Dodo can be found in the Aberration and Valguero maps.

Dodos are usually found in the safest areas and love taking strolls near the shores.

Maps where the Dodo spawns:

The following are spawn maps where the Dodo can be found 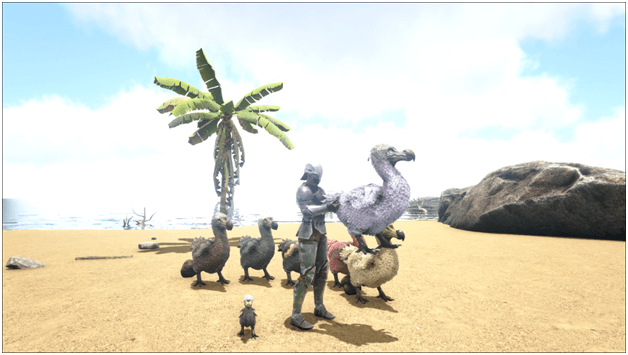 While Comply are not the strongest creatures in maps, they can be used strategically in different ways such as base defense or taking out tames without being noticed right away.

A single Dodo will not do much damage unless it is bred well but a group of Dodo are always capable of dealing damage to a certain extent.

Although these creatures are cute and harmless at times, it would be wise to always check if there are others around them as many have misjudged these creatures to be harmless but end up getting swarmed.