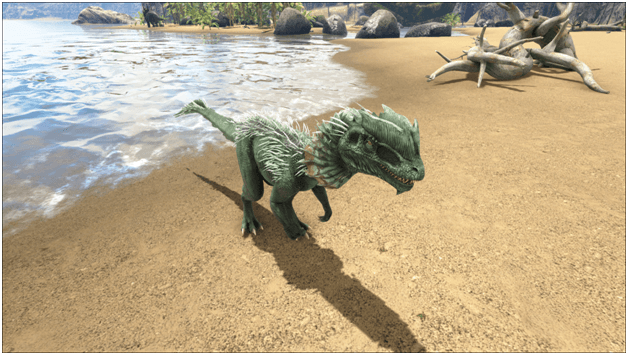 The Dilophosaurus Sputatrix is a skittish carnivore that was first seen during the early Jurassic period.

These creatures are one of the strangest you might find around as they are carnivorous and sometimes aggressive but they will also attempt to run away every now and then instead of continue attacking you.

Dilophosaur, also known as Dilo for short, are usual seen around shores and in jungles where they wander around searching for prey that they can take down which can either be smaller or slightly bigger than it.

A Dilophosaur will attempt to attack survivors every chance they get once they see one nearby but when attacked they sometimes have a knack for running away.

Having a tamed Dilophosaur can serve tribes as an early protector but these usually don’t do much against larger predators and are much more useful for spitting at other survivors to blind them or slow down their tames. 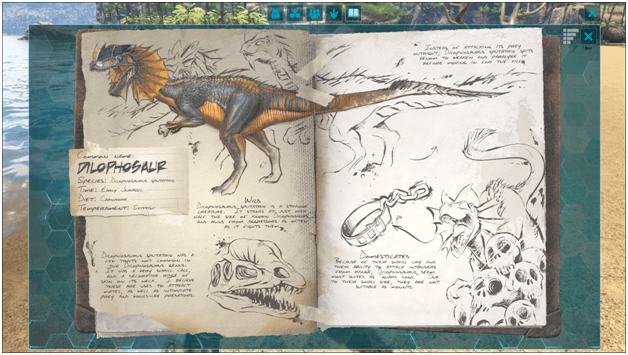 These creatures have a common trait with the other Dilophosaur Genus such as its shrill call and the ridges on its neck which are supposedly used for mating or for intimidating enemies.

Dilophosaur possess weird behavior as they would randomly choose between fighting or running away from those attacking it or that it notices.

Before attacking its prey, the Dilophosaur prefers to spray their victims with venomous spit which obscures vision and slows them down.

Dilophosaur are usually referred to as “Guard Dogs” since they are too small to be ridden but they do a good job at protecting areas against certain enemies. 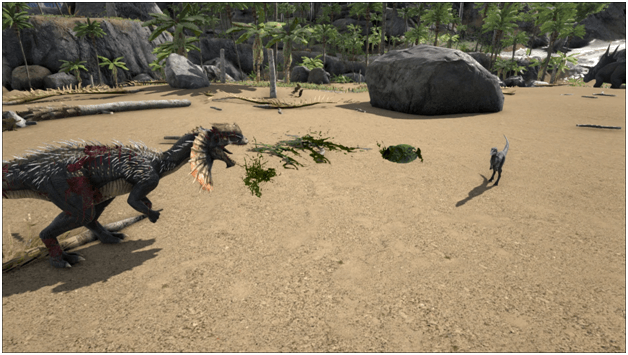 While fighting enemies, the Dilophosaur will attempt to spit its venom at them, blinding and slowing them for a period of time.

When using this ability, the Dilophosaur is quite smart as it tends to spit in the direction that its targets will be and not where they are, giving it a higher chance to hit them.

Dilophosaur can be used to protect bases from certain enemies as well as use its Venomous Spit to give them a hard time approaching and escaping.

Due to the fact that it can use its Venomous Spit to slow its targets down, Dilophosaur can slow enemies that during fights as wells as wild creatures that are being tamed.

The Venomous Spit doesn’t only slow enemies down it also makes them blind, making them very vulnerable for the period of time they are under the effects.

Although Dilophosaur are not the strongest of creatures, several of these attacking a target while slowing and blinding it have a good chance to take smaller creatures and survivors out. 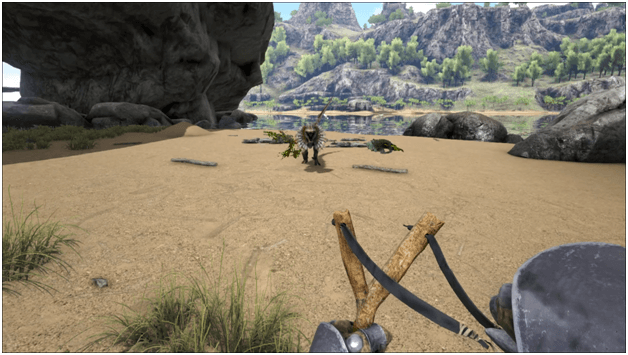 Dilophosaurs can easily be tamed with weapons that deal torpor and even the more primitive ones such as clubs or slingshots.

Be sure to avoid the Venomous Spit or a tame attempt could go wrong and you could end up getting killed.

The Dilophosaur is too small to ride but you can have it follow you or carry some early game items. 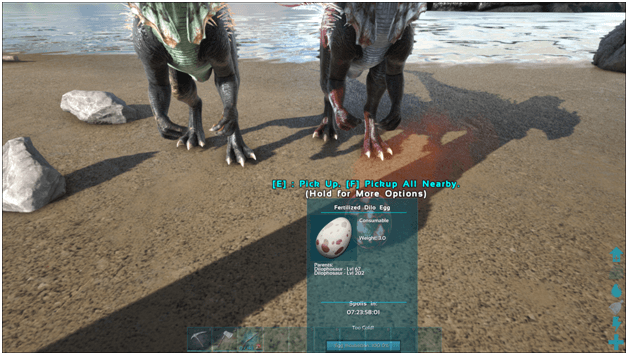 Two Dilophosaur can mate, resulting in the female dropping an egg which is distinguished by its white color with maroon spots on it but sometimes in game it appears as a black egg with white spots outlined with maroon lines.

Dilophosaur can usually be found wandering along shores or around jungles.

Maps where the Dilophosaur spawns:

The following are spawn maps where the Dilophosaur can be found 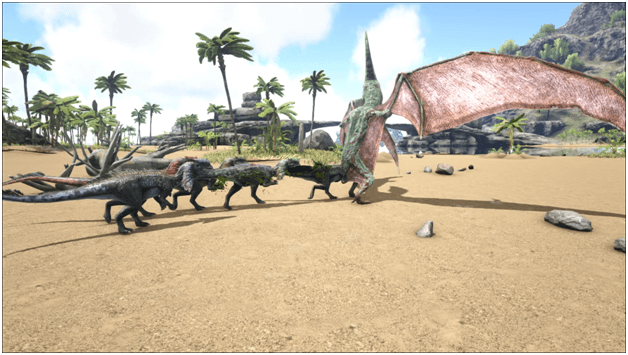 Dilophosaurs are quite small and may not be the best fighting creatures up front and even not the best to bring into big battles but keeping some around the base can help give enemies a hard time.

These creatures have claimed the lives of many new survivors and regardless of their size and behavior, they can be quite deadly to those who are unlucky enough to get blinded, especially in the presence of more dangerous creatures.

Tribes that utilize the Dilophosaur may appear strange to bigger tribes but the extra help with taming and taking out other players does pay off every now and then.