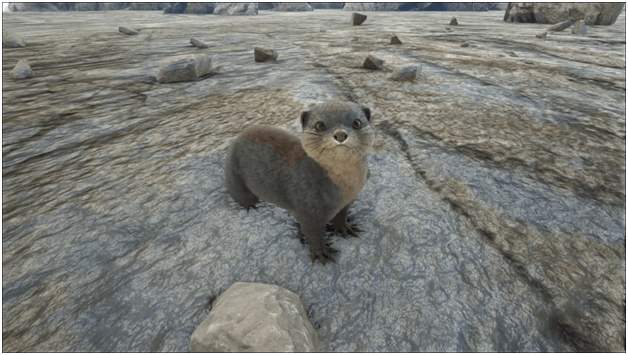 The Lutra Peloso, commonly known as the Otter is an omnivorous creature that first appeared during the early Miocene period and has a friendly temperament.

Otters are not the most aggressive creatures out there but they do provide the means of keeping warm and they seem to be good for collecting underwater valuables.

An Otter will usually be seen swimming around in caves or near closed waters, hunting for fish and living calmly until threatened.

Otters will tend to ignore survivors but will fight back if threatened, which usually ends in their own demise unless then get the knack for an escape.

Survivors have found that the Otter can help keep warm as they can mount the player and wrap themselves around their masters but at times, they can also be used for their ability to gather underwater resources such as Silica Pearls and Black Pearls. 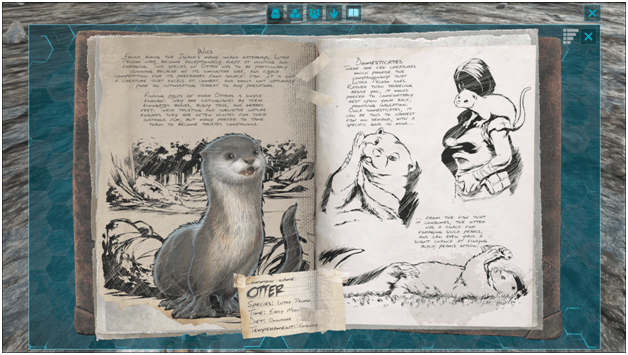 These creatures are usually found near the water and have become adept at hunting and gathering but are not much of a threat to any other creatures.

Otters may be easily distinguished by their long furry bodies and bushy tails along with webbed feet and due to the fact that they rarely feel threatened, they are easily poached for their fur.

Instead of following its owner around, the Otter prefers to ride on the shoulder or even curl up around the neck which shows its intimacy towards humans and also benefits them with insulation.

Being that the Otter is excellent in catching fish, it has also developed a knack for collecting Silica Pearls underwater and may even find some Black Pearls which it gladly allows its master to take. 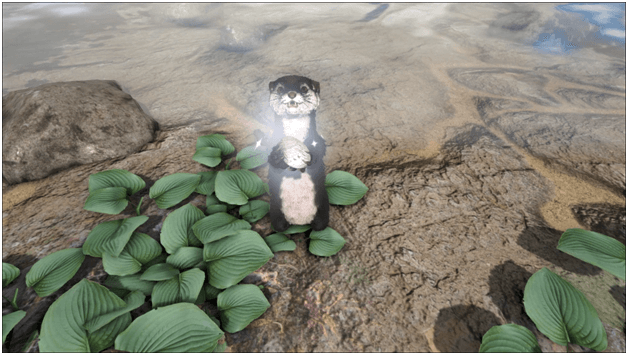 The Otter is capable of collecting Silica Pearls or Black Pearls from the fish that it kills and when it approaches you, it will offer them to you.

If you do not collect it, they will be stored in its inventory for collecting later.

Being an adept at hunting fish, the Otter can collect pearls from them and store them for collecting later on.

The Otter’s fur bring insulation and will keep its owner warm when they are mounted on the shoulder or specifically curled around the neck.

How to Tame Otter? 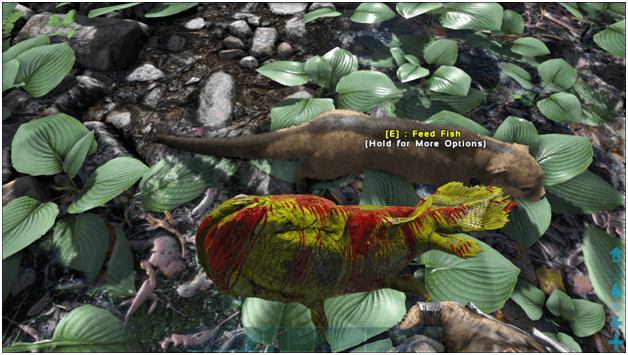 Otters are passively tamed by feeding it dead fish which can be done easily by killing fish and dragging them to the Otter and interacting with it.

Using flyers to pick the Otter up and hold it will allow you to easily keep track of its location or trapping it will do.

Otters are not Rideable but can be mounted on your shoulder, specifically curled around your neck. 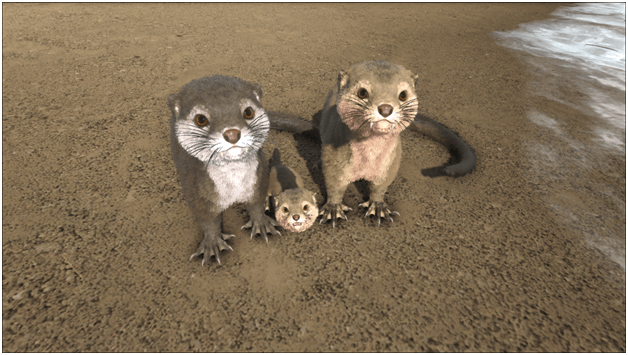 Otters will undergo mating which results in the female going through gestation, giving birth to a baby afterwards. 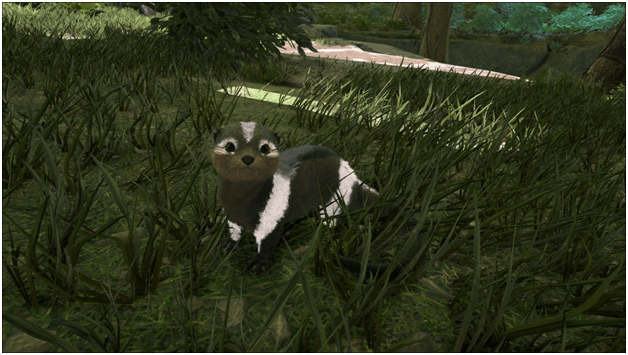 Aberrant Otters only spawn in the Aberration map at the moment.

Otters are usually found in closed waters or in caves that have water in them.

Maps where the Otter spawns:

The following are spawn maps where the Otter can be found

Aberrant Ankylosaurus Spawn Location: The Aberrant Otter only spawns in the Aberration map. 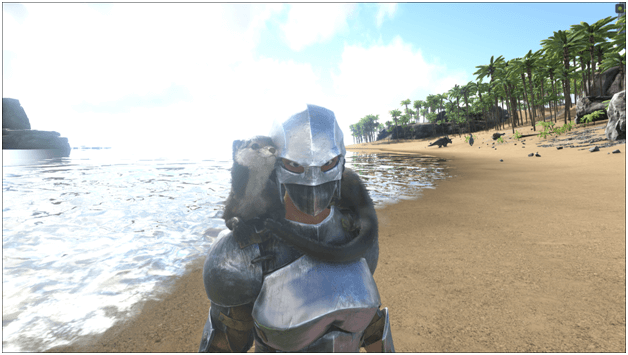 Otters may not be the deadliest of creatures but they do serve as a good companion and can gather certain resources that may help survivors out early on.

Having an Otter on you can help keep warm when in cold environments, preventing you from dying from the cold.

These may not be the best of fighters but they do make great companions and are also adorable to look at, there are some instances though where Otters can help distract other survivors by attacking them and in rare cases, some tamed Otters have been able to kill other survivors to protect their master.