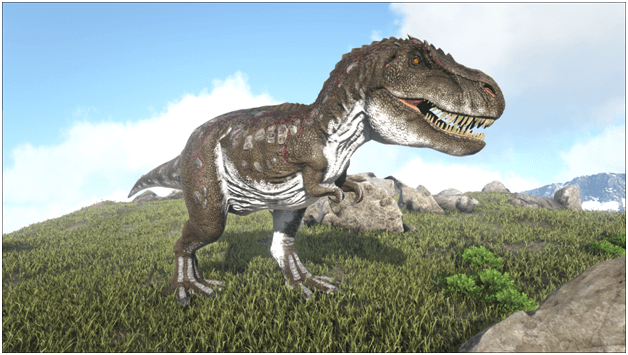 The Tyrannosaurus Dominum is one of the largest creatures that have appeared during the late Cretaceous period and are extremely aggressive carnivores.

As this creature walks, the earth trembles and those who can feel the ground shaking as this creature approaches better run as soon as possible or else they will feel the powerful bite from it which can crush both small creatures and humans alike due to its large size and brute strength.

Tribes call these creatures Rex as a shortcut to their name and have seen these massive creatures wandering around, preying on creatures smaller or even of equal size to it.

The Rex will attack survivors and other creatures the moment it sees them and will chase until too much distance is gained or until they lose range but other than that, anything is ideally a snack for this vicious creature, including you.

Should a tribe be able to tame a Rex, they gain a powerful tame which is capable of killing other survivors instantly and tearing up their tames with ease. 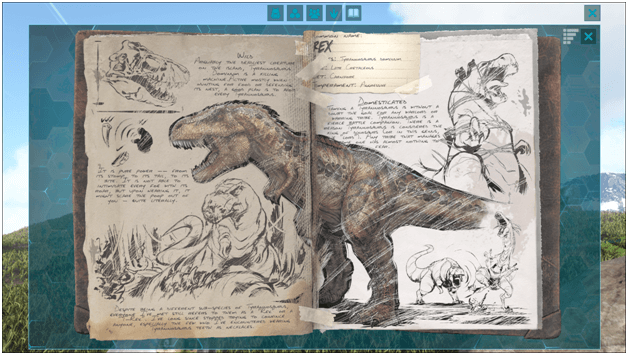 This is considered to be one of the deadliest creatures that can be found and are usually avoided by most tribes that are not ready to handle taming or fighting it.

A beast of sheer power, the Rex is feared by many survivors and creatures and even just a roar is enough to scare off creatures near it and literally scare the crap out of them.

Regardless of this creature being a different sub-species of Tyrannosaurus, many refer to it as a Tyrannosaurus Rex and later on the nickname Rex was given to it by those who witness its presence and some that may have even killed or tamed them.

Being able to tame a Tyrannosaurus is a large stepping stone for many tribes and not only is it something worth bragging about but these fierce predators are worth the trouble as they can attack enemies, defend bases and pretty much destroy almost anything that gets in their way. 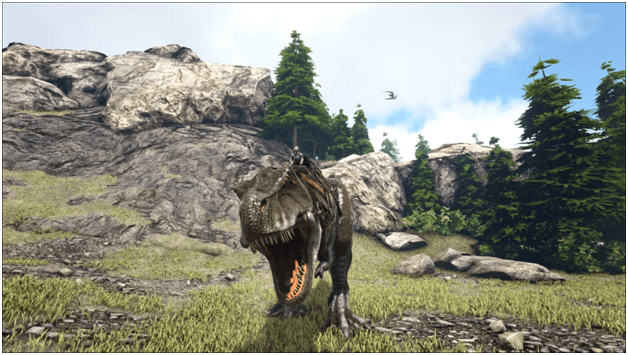 The Rex is capable of letting out a fierce and deafening roar that can stun smaller creatures and even force them to defecate.

Flyers may also be grounded when nearby the Rex when it roars.

The Rex is one of the strongest creatures you can ride on when charging into battle and it can be used to charge into enemies and chased down those attempting to get away.

Rexes have a large amount of health and can fight in the front lines to take damage early on while other survivors or creatures may fight alongside it.

A group of Rexes can easily take down bosses, especially when bread as these have both a large amount of health and can deal a significant amount of damage.

Enemies are likely to be killed by the Rex when attacked due to its capability to bite repeatedly and because of its base damage being higher than most creatures.

While Rexes are not the most protected of creatures, equipping one with a saddle, especially one of great quality can allow it to not only soak the bullets from turrets but they will also be able to attack any survivors and tames in their presence as they soak.

While their offense is unrivaled by many, Rexes are also good for defending bases as they can quickly head up to enemies to attack and can easily kill creatures that are tanking base defensing or assaulting a tribe’s tames.

How to Tame Rex? 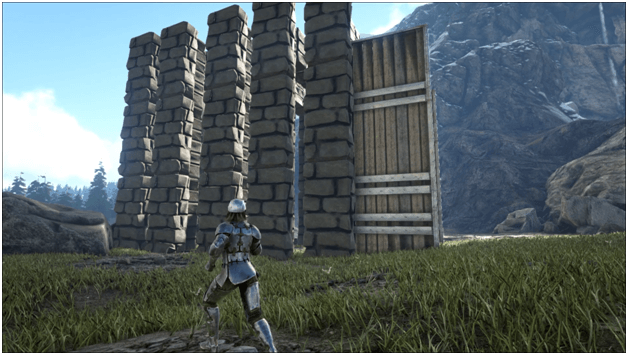 To safely tame a Rex, running and gunning may be difficult since they can cover quite a large distance while using a flyer to stay away may take time but the safest way is to make a trap out of behemoth gateways or even pillars that are stone or metal. 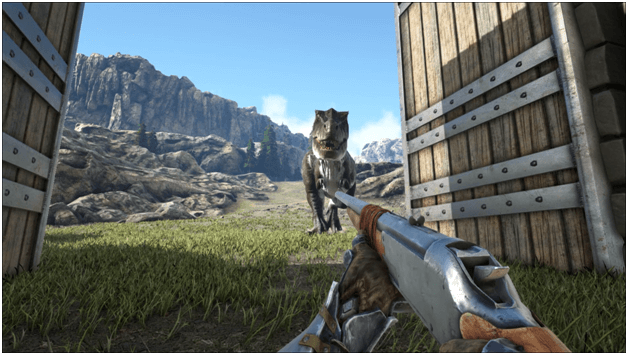 After setting up a trap, lure the Rex by shooting at it once and head immediately to the cage and slip out the moment it is nearby. 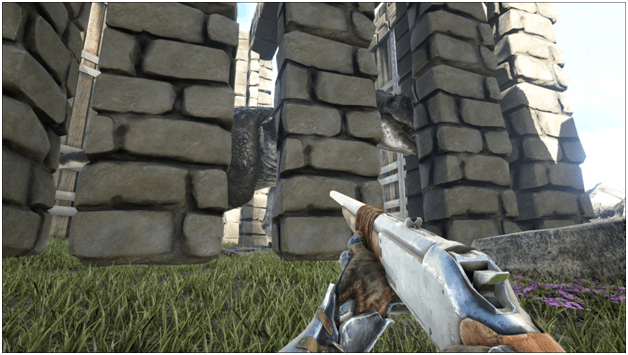 Once the Rex is inside, close the gate where it entered and you and your tribe will then be able to safely knock it out it without the worry of being eaten. 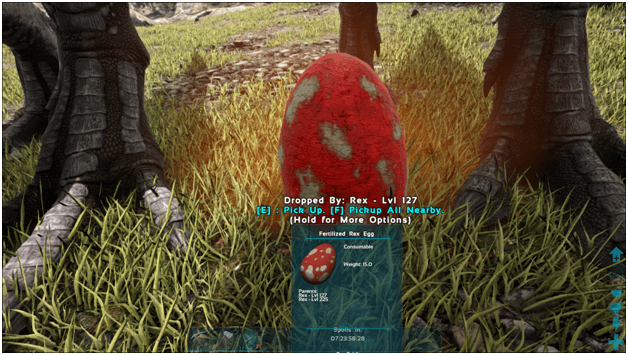 A Fertilized Rex Egg is distinguishable by its red color along with white spots which will drop from a female Rex after a pair have mated. 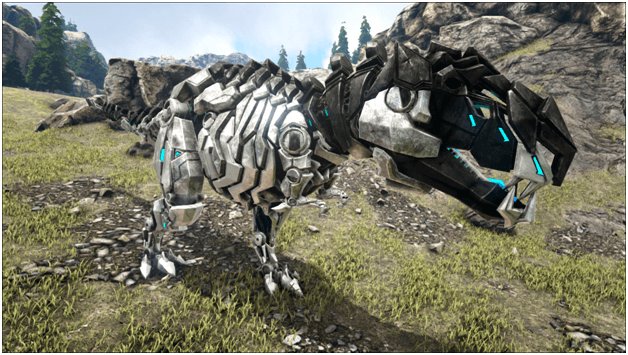 The Tek Rex has a chance to replace a normal Rex when spawning in maps by a low chance.

Rex can usually be found wandering in jungles, plateaus and several other areas where it can find its prey.

Maps where the Rex spawns:

The following are spawn maps where the Rex can be found: 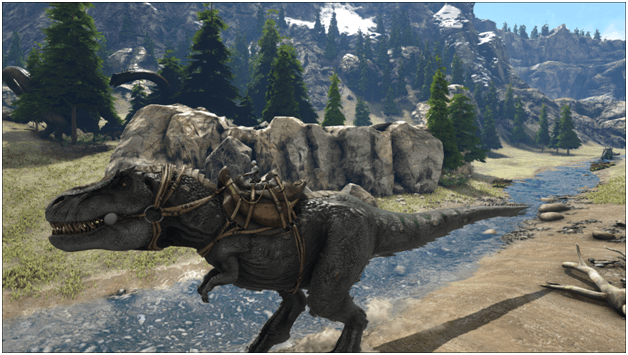 The Rex is one of the most iconic dinosaurs of all time, known for its tremendous power as well as its seemingly useless short arms but regardless of its flaws, it proves to be one of the deadliest predators of all time.

Tribes should be careful when facing a Rex, either wild or tamed as these can easily kill tames and can leave a tribe in disarray.

Utilizing the largeness of a Rex as well as its strength can help a tribe overcome their enemies and anything else that gets in their way.