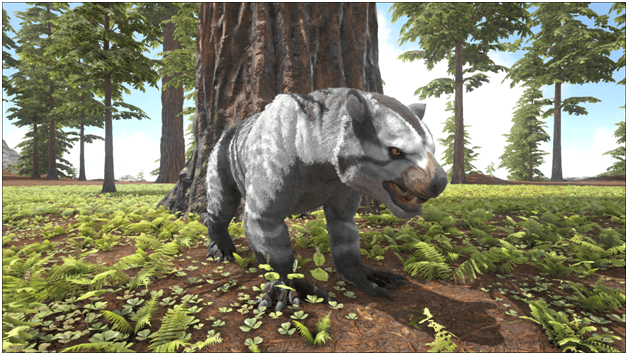 The Thylacoleo Furtimorsus is a carnivore that appeared around the early to late Pleistocene epoch and has an aggressive temperament.

These carnivorous creatures are very agile and can take down their prey with their quick attacks and their methods of ambushing those who are unaware of their presence.

Thylacoleo can usually be seen hunting for prey in tropical areas or stalking prey and even climbing trees awaiting to tackle those who get within their range.

Survivors are to take care when approaching such creatures as they are really fast and at times, they can even leap off of tree to subdue those who do not notice them.

Those who have been able to domesticate a Thylacoleo can ride these marvelous creatures, climbing at the sides of trees and structures to infiltrate bases or to reach vantage points. 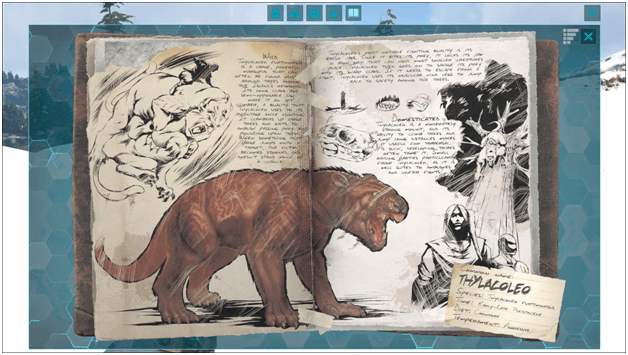 While they appear to have a similarity in appearance to tigers, Thylacoleo are marsupials and can often be found in trees, awaiting victims to pounce on and turn into a meal.

Thylacoleo have the tendency to overpower its victims with the strength of its jaws at it tends to bite deep into its prey and lock its jaw, shredding and wounding its prey until the life escapes its body.

These creatures are one of the strongest and fastest medium sized creatures that can be found and with their ability to climb trees and jump across long distances, they become very useful for traveling as well as hunting down enemies. 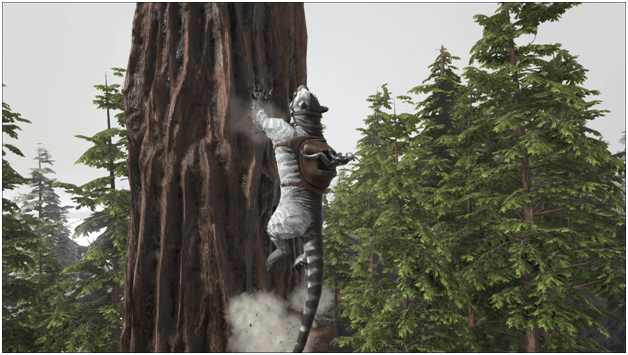 The Thylacoleo can climb its way up surfaces such as trees, walls and even structures, allowing it to then face down and prepare to pounce.

A Thylacoleo can be left hanging onto a surface and can even use its pounce if set to aggressive or commanded to attack a target in range.

Jump towards a tree and hold the corresponding button/key: 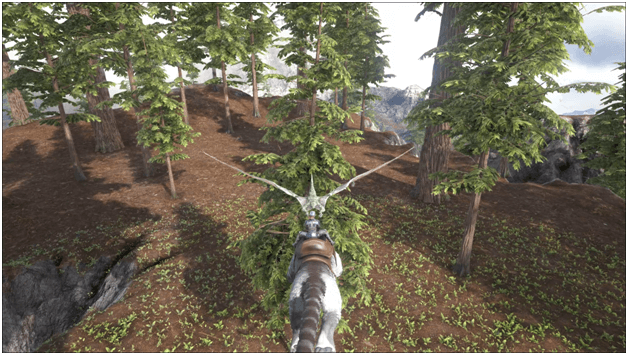 While a Thylacoleo is climbing up a surface, it can face down which will prepare it to do a pounce where it or the rider is facing.

The pounce goes a long distance and the Thylacoleo will snag the first creature or survivor that it comes in contact with. 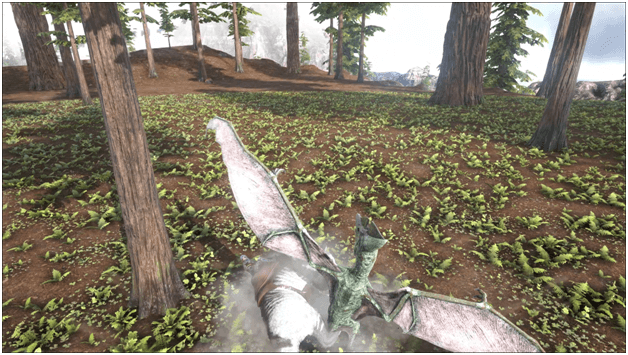 Creatures smaller than the Thylacoleo as well as survivors will be pinned downed and in the event that the Thylacoleo pounce at a smaller flying creature, it will drag it down. 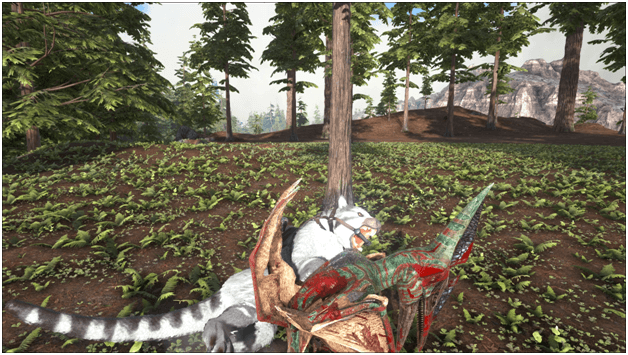 Once the Thylacoleo has pinned a target down, it will continuously bite and scratch at it for a period of time or until the creature or survivor dies.

While facing down when hanging on a surface.

Thylacoleo are very fast on land and with their ability to climb and jump long distances, they can easily get over obstacles in its path, making it a worthy scout on the ground.

Since a Thylacoleo can be ridden while having a weapon equipped, survivors can easily catch up to wild creatures to tame while chasing them.

With their powerful attacks, Thylacoleo are capable of dealing a good deal of damage to enemies and even take out single smaller targets one at a time after pouncing them.

With the ability to pounce on enemies, the Thylacoleo can pin them down to either kill or be killed by its owner, making it a good disabler for taking out other survivors and small tames.

Due to the fact that the Thylacoleo can climb up structures or trees, they can easily infiltrate a base through different points and make stealthy raids easy. 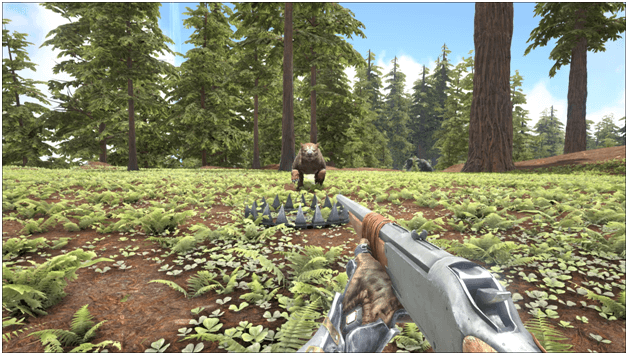 Thylacoleo can be easily tamed once they are immobilized or trapped which provides a lot of the available techniques to be used when taming, one of them to be using a bear trap. 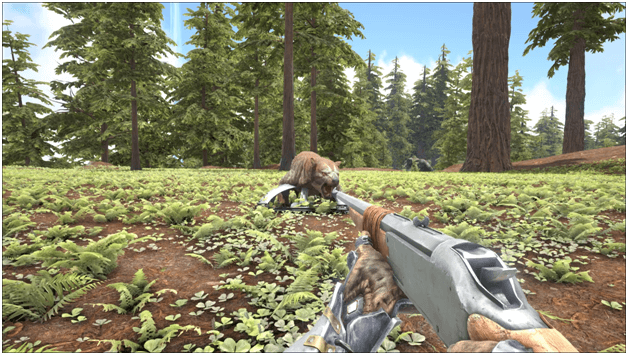 Simply place a bear trap and stay on the other side so that the bear trap will be between you and the Thylacoleo and fire at it if it is either on a tree or roaming around which will make them either drop from the tree or run towards you with its trajectory being in the path of the trap. 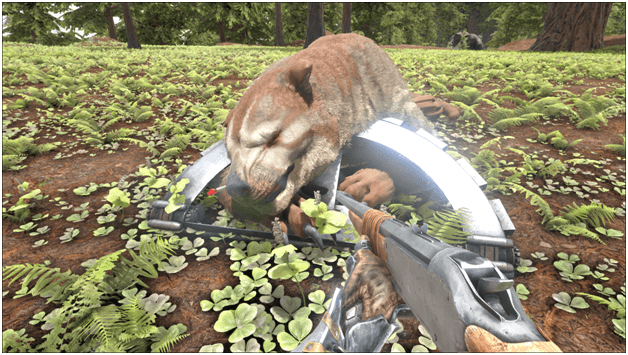 Once the bear trap has caught the Thylacoleo, start shooting at it with your tranquilizing weapon until it is knocked out but be careful as there may be others nearby as they will respond to this and attempt to attack you during the process. 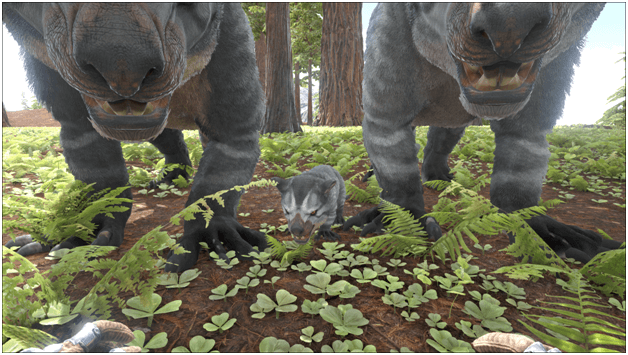 Thylacoleo are mammals which means that after mating, the female will undergo gestations and afterwards give birth to a baby Thylacoleo.

Thylacoleo are usually seen in the redwoods but some are also found on the islands near the desert.

Maps where the Thylacoleo spawns:

The following are spawn maps where the Thylacoleo can be found 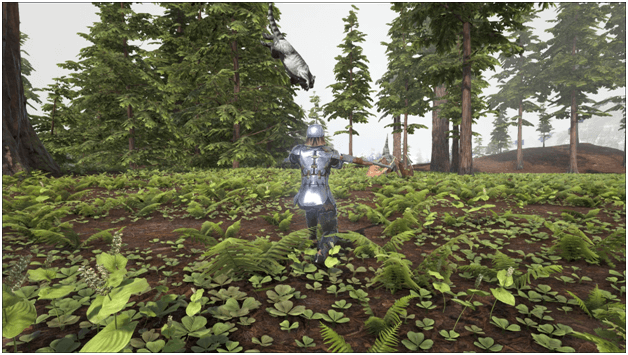 It is important to be careful at all times when travelling the redwoods as these creatures tend to literally hang around and will pounce unsuspecting victims without warning.

A Thylacoleo does significant damage on its own but once it has pounced on smaller creatures, the chances of them to survive such an attack are very slim.

Tribes that utilize Thylacoleo for scouting, raids and even hunting down stragglers have a huge advantage due to its mobility and speed, making escape almost impossible for enemies and usually keeping those that mount it well hidden when avoiding detection.

ARK How To Drop Shoulder Pet