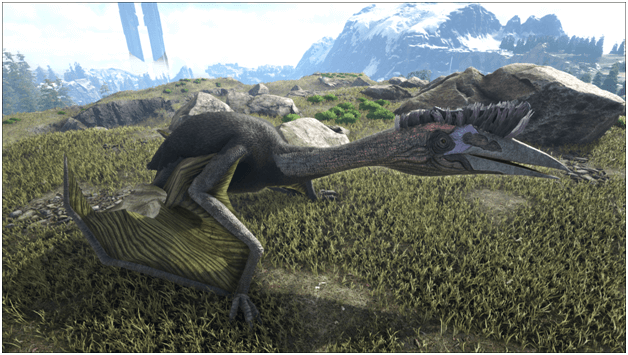 The Quetzalcoatlus Conchapicem is a large yet skittish carnivore that first appear during the late Cretaceous period.

Appearing as a combination of unknown mixtures of flying creatures, the Quetzal remains till this day one of the largest creatures to be seen flying around in certain maps.

Quetzals do not initially attack prey regardless of being carnivores and will fly around indefinitely without the need to land.

The only way for a survivor to approach a Quetzal is by using a flyer or chasing after it if it flies near mountains and higher plateaus.

A tamed Quetzal is considered to be one of the most useful flyers that exist due to their ability to carry creatures, survivors and even have structures built on its back via a platform saddle. 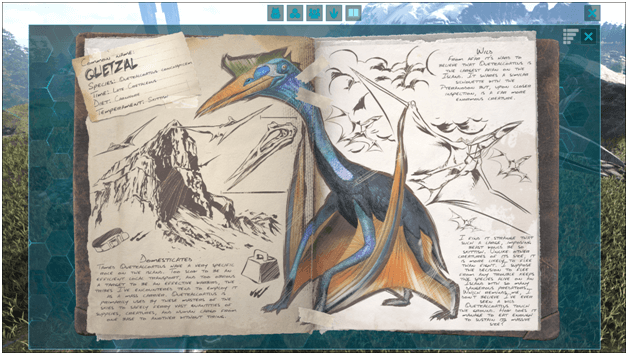 The Quetzal appears to have a resemblance to the Pteranodon but is much larger in size and has different traits in some manner although the skittish behavior persists.

Survivors are surprised that with its large shape, it still retains a skittish behavior and will attempt to flee but regardless of such events, the Quetzal usually remains safe as it tends to never land on the ground and it can outfly most creatures.

Quetzals are not the fastest flyers but are very useful due to the fact that they can have a mobile base constructed on their back and they can carry a large amount of resources along with them.

Some tribes use the Quetzal as mass transport as it can carry several survivors and creatures on it when heading to a new location or going for a raid. 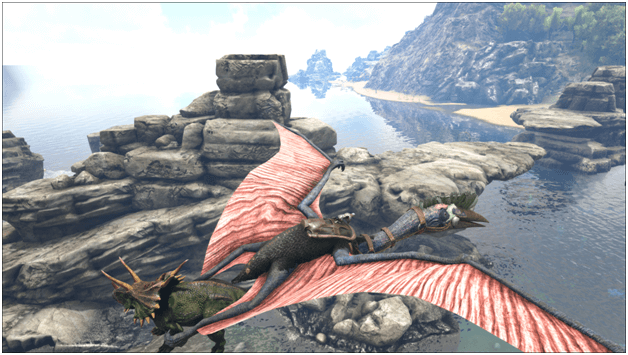 Due to its massive size, the Quetzal is able to carry creatures from small to medium sizes, including survivors.

The Quetzal can transport creatures due to its weight capacity, allowing it to carry or support creatures that are on structures built on its platform.

Since the Quetzal can be equipped with a platform saddle, survivors can build structures on its back and even create portable bases to allow continuous exploration or serve as a crafting base when raiding or away from base.

Quetzals are more than capable of taking on a lot of weight and are capable of grabbing different creatures as well as survivors.

Certain medium sized creatures may be grabbed by the Quetzal, including raid creatures which can easily turn things around during an attack.

The Quetzal can be used to hold creatures while the tribe shoots at it and since it can also have structures built on its platform, it may be used as a trapper which gives tribes the advantage of having a mobile cage.

How to Tame Quetzal? 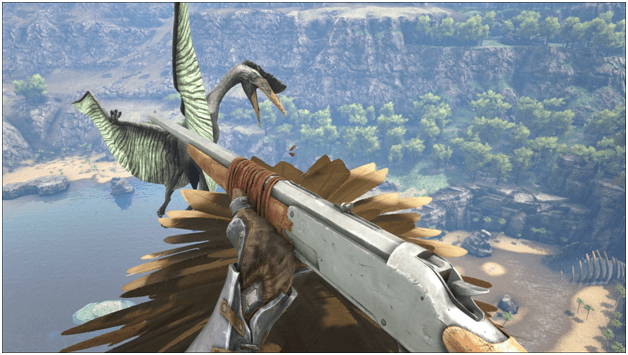 Using Griffins to tame a Quetzal is very easy as you can shoot from the Griffin while riding it, allowing you to follow the Quetzal and shoot it from midair. 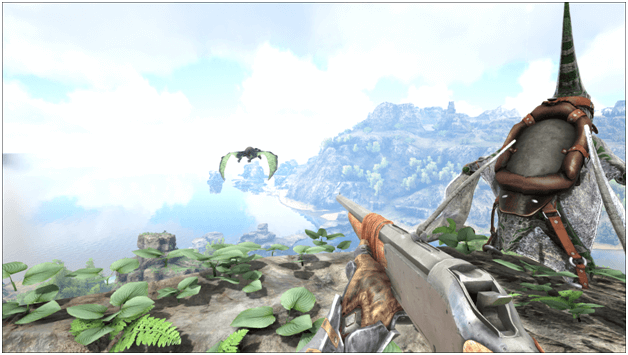 A tasking yet rewarding way to tame Quetzals is to fly to a vantage point, shoot at the Quetzal and repeat until you knock it out.

Heading for higher areas is best since the Quetzal always flies at a high altitude. 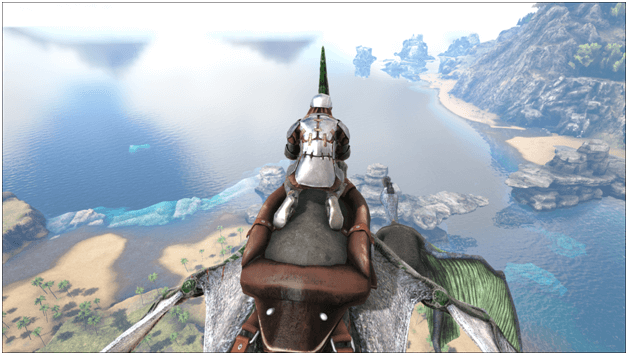 Using a flyer such as an Argentavis or Pteranodon and carrying another tribe member around so they can shoot at the Quetzal can be an efficient way of taming it. 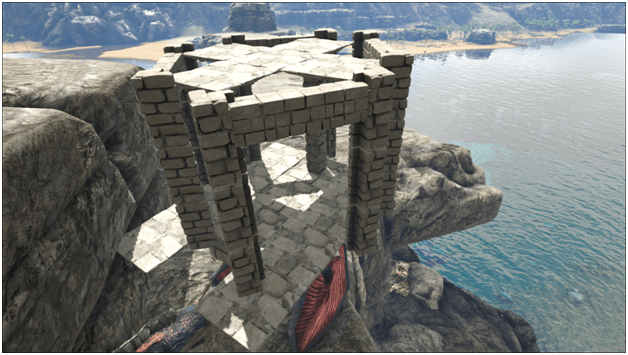 If you already tamed a Quetzal and wish to tame more, a good idea is to make a Quetzal trap which can simply be done by putting structures on a platform saddle with enough space to catch a Quetzal in.

This can be made using pillars and ceilings and even gateways as long as a Quetzal can fit inside and you make sure there are no gaps where it can fly out of. 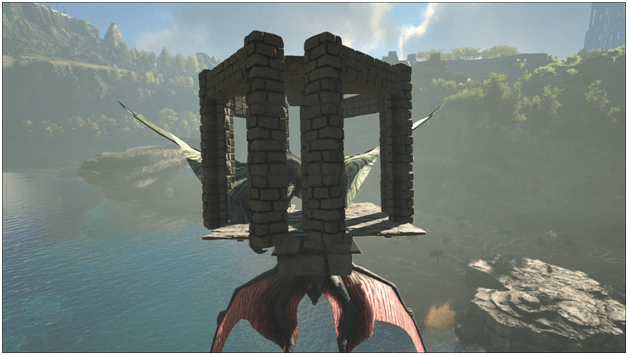 Flyers do not collide with the structures on a Quetzal’s platform saddle unless the Quetzal has stopped and this is a technique used to trap them inside.

Fly up to a Quetzal with your Trapper Quetzal and fly under it until it appears to be inside the cage and once it is in the right spot, dismount from your Quetzal to make it stop in the air, this will activate the collision of your structures, trapping the wild Quetzal. 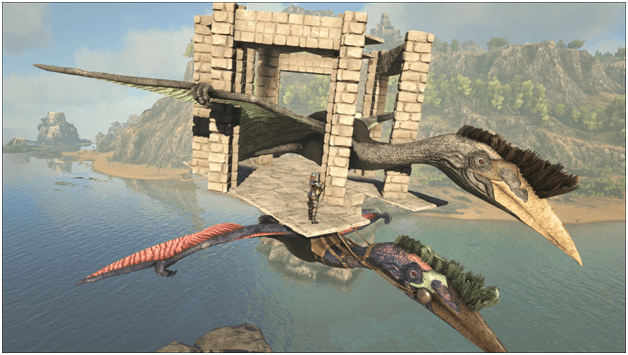 Once the wild Quetzal has been trapped, you and any tribe members that are with you may knock the Quetzal in the air.

Be sure not to move your Quetzal as it will fall to the ground, unless you are planning to do this on purpose to make a safer taming area. 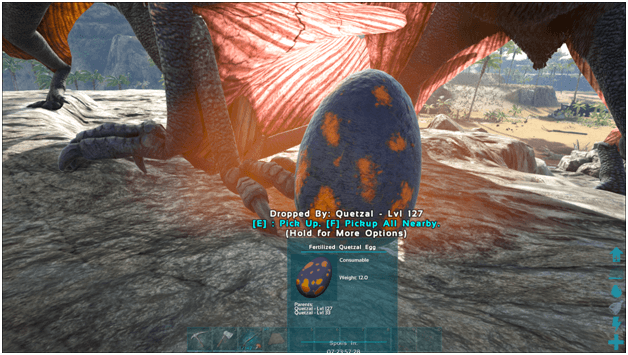 After mating, the female Quetzal will drop a Fertilized Quetzal Egg which is distinguished by the dark blue color it has along with orange spots on it.

There are several areas where Quetzal can be found such as around mountains or near jungles.

The following are spawn maps where the Quetzal can be found 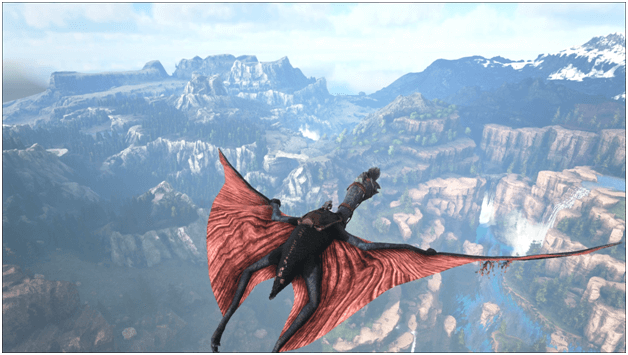 Such enormous creatures roaming around maps may be hard to find and tame but once a tribe has domesticated such a fascinating creature, they gain a large advantage due to its many benefits which are not limited to only carrying items or being a mobile base but much more.

Quetzal can be used defensively and offensively such as picking off enemies or other creatures during raids or for attacking enemies with its powerful melee attack from a safe distance.

As long as you and your tribe have safe means to taming one, attempting to do so will be reward enough, especially when bred later on as these can turn the tide of a battle in seconds.