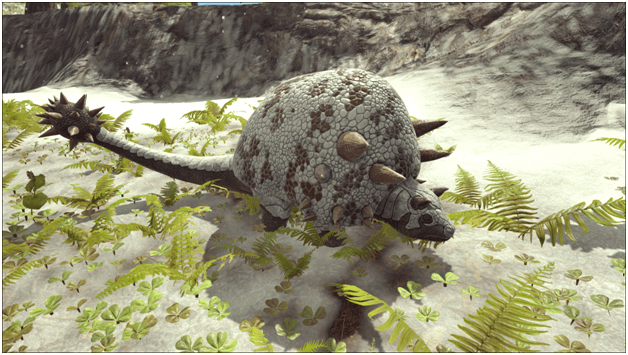 The Doedicurus resembles an  armadillo and is considered to be the best stone harvester in the game since they can harvest large amounts of stone with the strike of its tail.

The Doedicurus with its signature bulbous tough hide makes it a unique looking yet well protected mammal in the game.

In the wild, the Doedicurus is usually docile and tends to avoid combat as it wanders around but when attacked, it will retaliate unless it takes too much damage which results in it curling up to avoid taking more damage.

They are docile in nature and will continue to roam around even in the presence of humans but once they are attacked, they will attempt to fight back by swinging they powerful tail.

When tamed the Doedicurus is a workhorse so to speak, it can harvest stone efficiently and in battle, an unmounted doedicurus can soak up huge amounts of punishment with its passive ability to turn into a defensive ball. 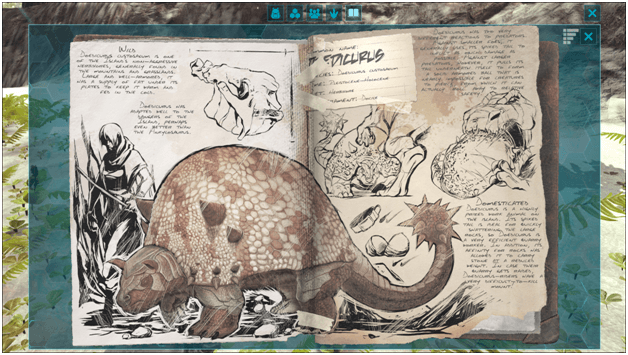 Doedicurus spend most of their time on the base of mountains or open grasslands but are capable of surviving in all kinds of weather.

it has very little to fear from threats may it be predators or the elements since underneath its almost impregnable armored hide, it has fat reserves to secure its survival in the cold or the heat.

The Doedicurus uses its tail for swatting smaller creatures that bother its peace with its large spiked tail and when facing bigger predators, it curls up into a ball, giving its attackers a tough time gnawing at its thick armored hide.

Domesticated Doedicurus are praised for their efficiency with harvesting stone and storing them to an extent where they appear to not give it much weight. 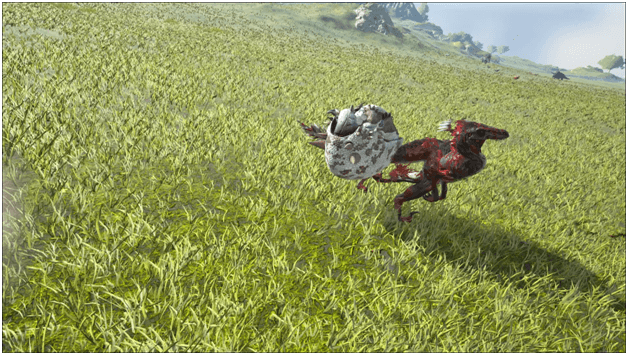 The Doedicurus can roll up into a ball and travel forward at a fast pace with the rider tucked in safely, damaging and knocking enemies back it collided with. 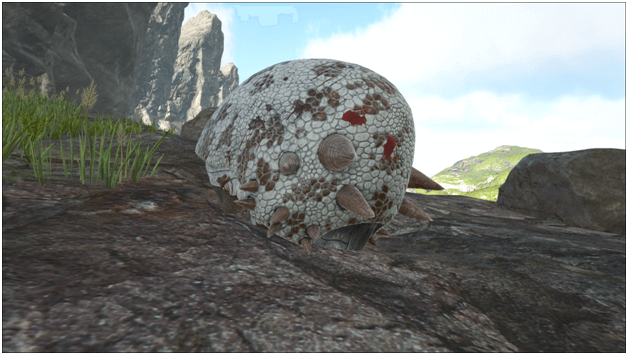 When a Doedicurus loses around ⅔ of its health, it will automatically do its defensive curl, reducing all damage by 90% Stone Weight Reduction(Passive)

It can harvest from metal nodes, forfeiting the metal and getting a higher yield of stone.

Naturally taking reduced damage due to the protection of its shell, the Doedicurus becomes even more protected when it is curled up which allows it to soak turrets.

The Doedcurus in battle can be in the frontlines taking the brunt of the damage from enemies and providing a distraction in its curled form.

Doedicurus can repel players and small to medium mounts with the swing of its tail, proving to be good for protecting players if they are attacked. 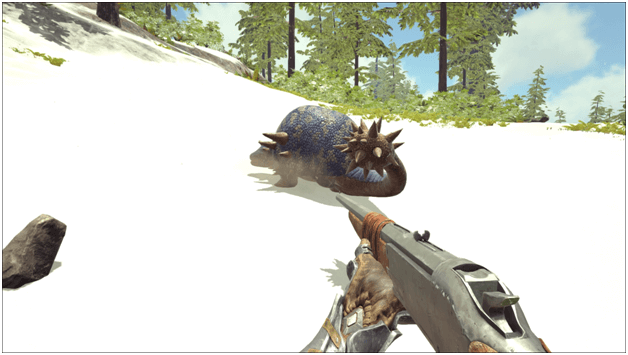 Its advised to tame the Doedicurus with a longneck (darts) since the Doedicurus may curl up into a ball when its health drops to ⅔ of its max health, making it almost impossible to tame after. 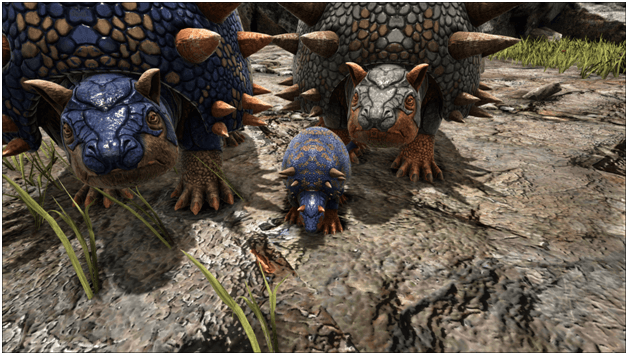 Being that Doedicurus are mammals, the female will gestate after successfully breeding with a male and give birth to a baby Doedicurus. 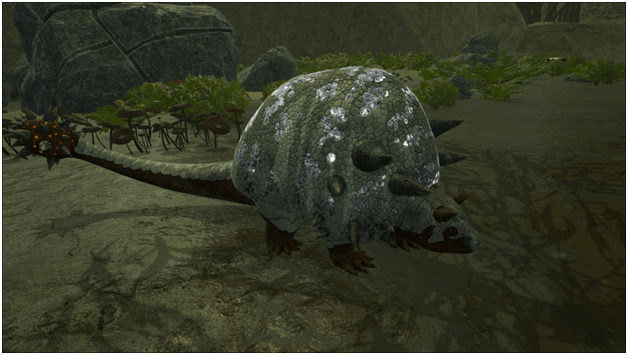 The Aberrant Doedicurus may be found on the Aberration and Valguero maps.

Doedicurus are usually found in areas that have lots of nearby rocks such as mountains, jungles or forests.

Maps where there are Doedicurus

The following are spawn maps where the Doedicurus can be found 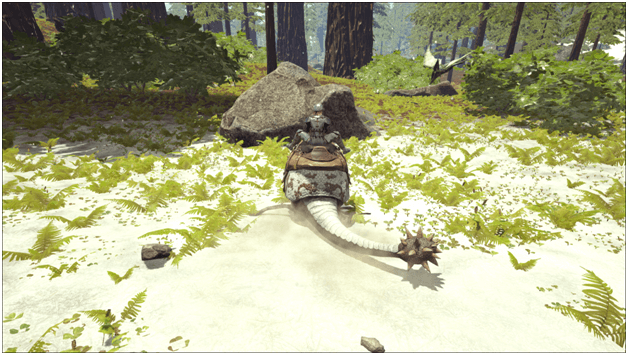 The Doedicurus is a well rounded mount overall and maybe considered a good starter work mount. it can provide a lot of resources for the tribe from the early stages until later on up to alpha tribe status. and for a side of fun doedicurus can be leveled for max speed and they can get into ridiculous speeds while rolling.