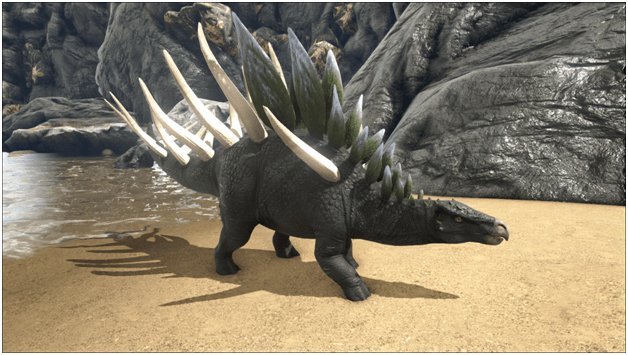 The Kentrosaurus Aethiopicus is a short-tempered herbivore that is from the late Jurassic period.

Kentrosaurus are one of the worst choices for prey if you are after gathering resources from its body due to the spikes that is covered with which will surely injure its attackers when confronted up close.

These defensive creatures may be found wandering around mountains and other places where it can seek solitude but can sometimes be seen travelling with one or two more of its species.

Humans do not usually get targeted by such short-tempered creatures but when getting too close, the Kentrosaurus will attempt to attack as this makes it feel threatened.

Having a tamed Kentrosaurus come to the rescue to block off enemy or wild creatures when they attempt to attack you can turn things around in an instant as they will not only attack the creatures but those that accidentally attack it will damage themselves in the process. 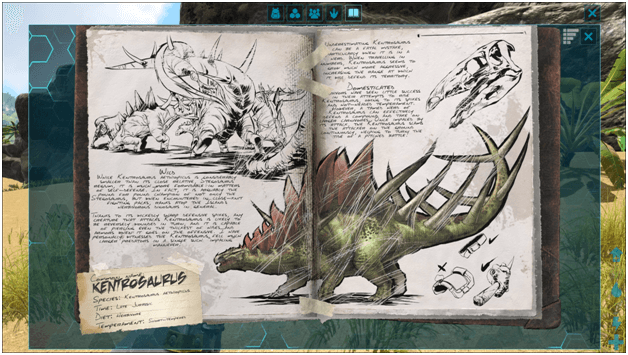 The Kentrosaurus ranks as one of the most defensive and offensive herbivores around due to the fact that it can hold its own by attacking predators that threaten it as well as it remains protected from close attacks due to the spikes that cover its body.

Spikes on both the back and tail of the Kentrosaurus are very deadly and can pierce even the thickest of hides by either getting attacked or by the swing of its tail.

Kentrosaurus have a strange behavior that makes it more aggressive in a larger radius when it is with other species of the same type, being hostile to enemies and protective of what seemingly appears to be its pack.

Although tribes are unable to ride the Kentrosaurus due to the spikes on its back, these make good front-liners as they can easily repel predators that attempt to attack members of the tribe. 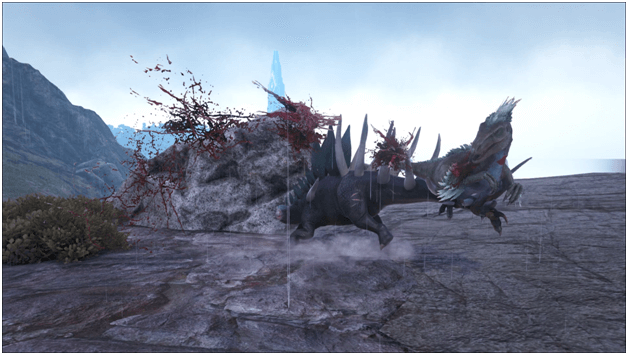 Kentrosaurus are capable of impaling smaller creatures as well as other survivors which will cause them to bleed and lose health over time. 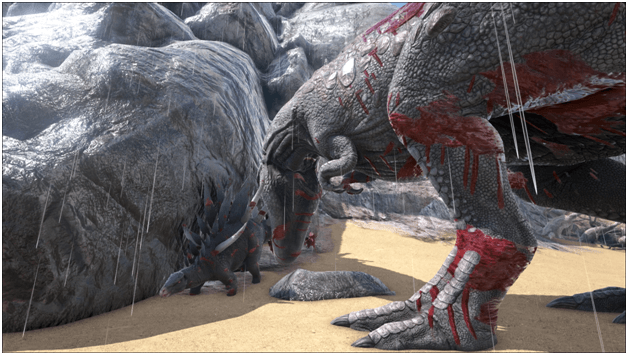 The spikes on the body of the Kentrosaurus defend it against those that attack it at melee range and will return damage to anything foolish enough to damage it up close.

Another variant of the Kentrosaurus’ attack is the Tail Slam which causes it to swing and do a slam with its tail, hitting other areas different from the reach of its normal Tail Swing.

Kentrosaurus can rush to the front-line to defend a tribe and can deal damage to creatures that attack up close as they swing their mighty tails which can knock back smaller creatures and survivors.

As the Kentrosaurus have traits that show their nature of them being more effective with more of their kind, these dinosaurs can team up and last longer together against enemies as well as dish out more damage.

How to Tame Kentrosaurus?

Kentrosaurus do not chase after survivors at a fast pace and can easily be tamed by running and gunning at them with tranquilizing weapons.

Be sure to avoid getting up close and do not attempt to take it out with a club as this will return damage to you with the addition of possibly being hit by its attacks.

Kentrosaurus cannot be ridden as this would prove to be dangerous and even excruciating if things went wrong due to the spikes. 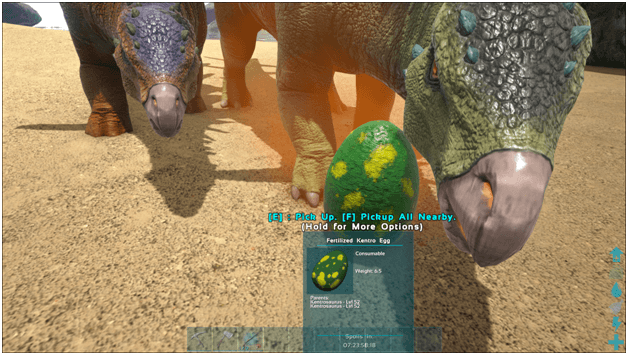 A Fertilized Kentrosaurus Egg, distinguishable by its green color with light green spots on it is dropped by the female after mating.

The Kentrosaurus does not have any variants at the time being.

Kentrosaurus can usually be found wandering in different locations depending on the maps, mainly in forests and jungles.

Maps where the Kentrosaurus spawns:

The following are spawn maps where the Kentrosaurus can be found 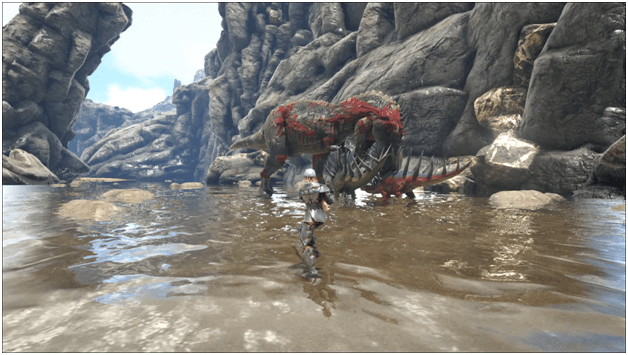 Kentrosaurus can be a big problem for those who attempt to attack at close range as they may usually end up killing themselves which is one of the common uses for Kentrosaurus as either base defense or assaulting enemies.

Although most enemies fear the return damage received from attacking the Kentrosaurus, its offensive capabilities also make it deadly since it can basically impale enemies which is similar to grabbing with the addition of causing bleeding.