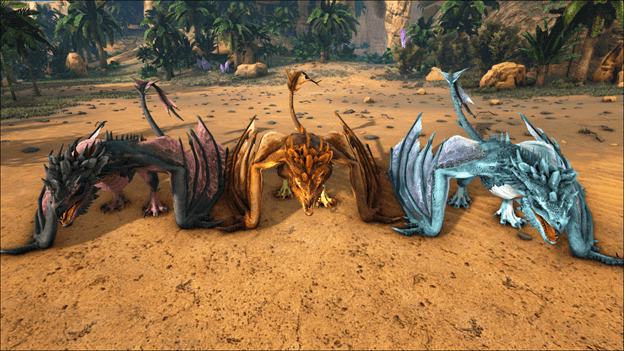 Crystal Wyverns are new variants of Wyverns that were first introduced when the Crystal Isles map became available.

These variants of Wyverns are slightly different from the ones in the Scorched Earth and Ragnarok ones, as they have different elements and effects.

A distinguishable trait of Crystal Wyverns is the buildup of crystals on their head added to the basic body of the Wyverns. 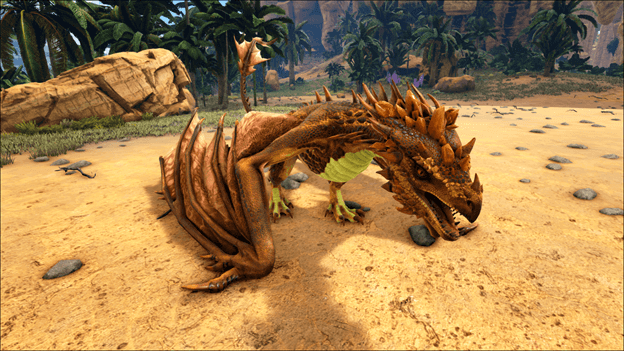 One of the rarer types of Crystal Wyverns, the Blood Crystal Wyvern’s element is in fact blood itself, allowing this Wyvern to tap into the life force of its enemies.

Its attacks cause enemies to become inflicted with the “Blood Cursed” debuff while adding the “Blood Curse Recovery” buff to itself, making it heal itself while enemy life is drained.

Another benefit of the Blood Crystal Wyvern is that it can regenerate its health by attacking corpses, thus consuming them for bonus regeneration similar to an Argentavis. 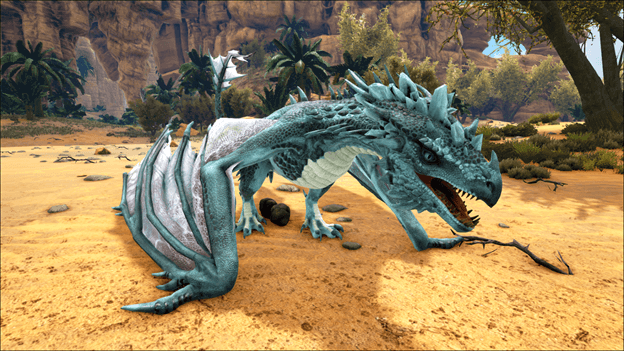 Ember Crystal Wyvenrs bear similarities with the Fire Wyverns of the previous maps but their breath of fire has a longer length and narrower area.

While the ordinary Fire Wyvern deals a fixed amount of damage by fire and upfront, the Ember Crystal Wyvern deals more damage over the consecutive use of its fire breath.

Similar to the Blood Crystal Wyverns, these variants also deal damage over time but can be considered more offensive in nature and capable of dealing more damage per second.

Tropical Crystal Wyverns are a slightly rarer breed than the Ember Crystal Wyvern and instead of having elements similar to other variants, it uses water.

The Tropical Crystal Wyvern sprays a jet of scalding water, which reduces the health and stamina of those who are hit.

Having synergy with water, the Tropical Crystal Wyvern gains a buff when coming in contact which increases its movement speed, attack damage, and health regeneration. 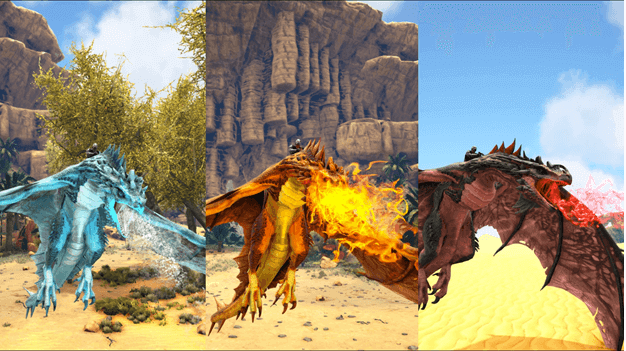 Each Crystal Wyvern has its breath attack, allowing it to breathe out its element forward in a specific manner.

The Elemental Breath will deal damage to enemies depending on the breath itself as well as any effects that apply debuffs to enemies such as slow, burning or life drain.

The Crystal Wyvern has wide and powerful wings which it flaps, blowing small to medium-sized creatures away when landed.

It is also possible for Wyverns to harvest trees with this wing attack, allowing players to get a good amount of resources from it.

While airborne, the Crystal Wyvern can pick up small to medium-sized creatures with its talons and drop them at will.

Pressing the corresponding button will cause the Crystal Wyvern to pick up a creature and repeating this will drop the picked up creature.

Crystal Wyverns are some of the fastest flying creatures in Ark and can easily travel across maps within a short amount of time.

With the different types of Elemental Breaths that Crystal Wyverns have, players can make use of their preferred one to bring mayhem upon enemies.

Crystal Wyverns can easily deal large amounts of damage to enemies, which makes them great for taking out wild creatures or for assaulting during PVP.

Having a high weight capacity, the Crystal Wyvern can hold more items than most creatures, allowing it to transport items across large distances.

Since the Crystal Wyvern is capable of dealing a lot of damage, it can assist players when it comes to farming meat since they can wild creatures fast.

When players do not have the means to harvest resources from trees, they can make use of the Crystal Wyverns wing attack.

How To Get Crystal Wyvern? 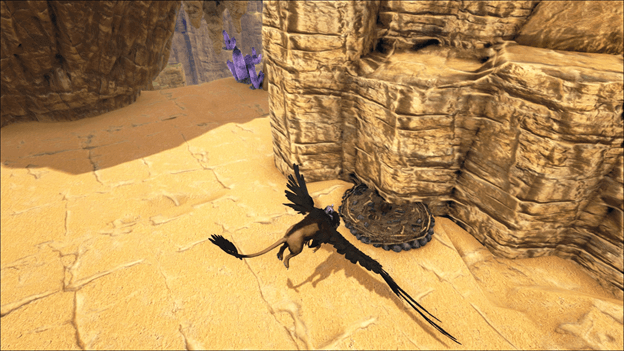 To get a Crystal Wyvern, you will need to head over to where the Crystal Wyvern Nests are located, which is at the Desert Wyvern Hive.

You will need to find the nests around the hive and steal them, but there will still be dangers in the area, so it’s best you watch your back.

When raising a Crystal Wyvern, you will need to get Wyvern Milk to place in its inventory as this is what it will consume when growing.

After the Crystal Wyvern is fully grown, it will eat different variants of meat just like any other carnivore in Ark.

There is no Crystal Wyvern Saddle in the game and you may instead ride it without a saddle, making a downside to be the lack of armor, which is compensated with high health.

Wyverns can be bred by players as long as the two Wyverns (male and female) are the same type of variant.

Once a male and female Wyvern of the same type have bred, the female will drop a fertilized egg corresponding to their variant.

The Desert Wyvern Hive is located roughly around 72 – 42 and you can easily spot the nests when you fly around it.

Beware of the wild Crystal Wyverns in the area who will be wandering and will follow you if get too close to them or steal an egg. 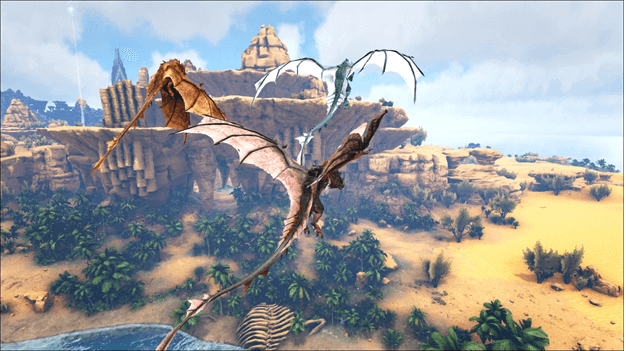 Once the Crystal Wyverns were discovered, a lot of players favored the new effects of their elemental breath attacks, some of them useable depending on their strategy.

Sometimes even just a single Crystal Wyvern is enough to turn the tides of battle in either a PVE or PVP scenario, especially when players use them wisely.

These variants of Wyverns exist only in Crystal Isles and are worth taking the time to steal, hatch and grow.