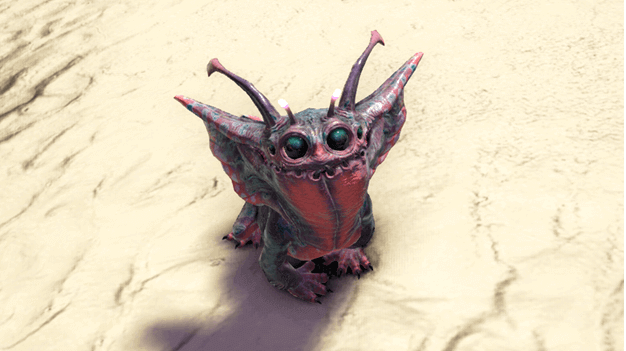 One of the stranger alien-like creatures that you may find in the Genesis Part 2 map is a little critter called a Noglin.

Do not mistake this creature’s cute appearance as it can be quite mischievous and may even be deadly to those who are caught by surprise.

The Noglin is a creature who is capable of taking control over creatures in Ark and may even control a player if given the chance. 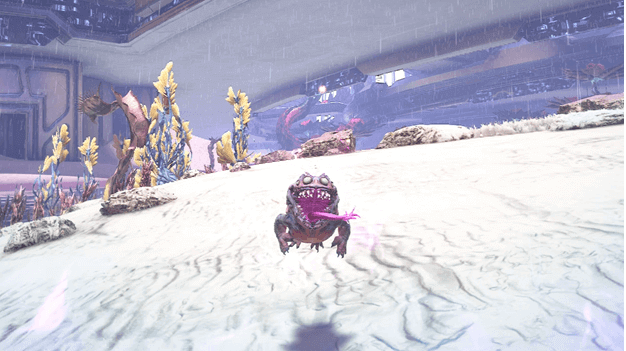 Players may toss the Noglin at a target in an attempt to mind control them, giving the player control over the target (which they will control) as their character stays in place.

Pressing the “Access Other’s Inventory” button will allow players to go back to their character while still the creature is being controlled.

When a Noglin is mounted on your shoulder and you have no items equipped, a crosshair will appear which will change to green when targeting a mind-controllable enemy.

The crosshair for mind-controlling turns red when targeting a friendly creature and has the word “friendly” showing.

If you toss the Noglin when mounted on your shoulder, it will allow you to control it by interacting with it using the “Use” button.

This gives you control over the Nogling, allowing you to move and act with the creature while your character stays behind.

While controlling the Noglin, pressing the ADS or Alternate Fire button will cause it to pounce forward, taking control of whichever creature it comes in contact with first.

You will notice the Noglin will be latched on to the target mind-controlled creature’s head, which is mostly because it is controlling it via connection to the brain.

Interacting with the mind-controlled creature will allow you to resume control or release it from the Noglin’s grasp.

The Noglin is small and capable of going around unnoticed most of the time and if it is detected, it can take control of a creature or player to deal some damage.

After taking control of a wild creature, the Noglin will deal 10,000,000 damage to it when the period ends or until you forcefully end the mind-control.

In case there is a need for you to control a specific creature, the Noglin will allow you to do so which can be quite handy in certain situations.

The Noglin can take control over a lot of creatures, including large dangerous ones, which allows you to wreak havoc upon your enemies. 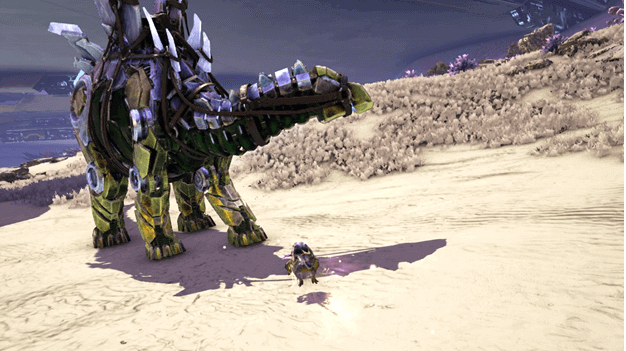 To tame a Noglin, you will need to allow it to mind control your tamed creatures, which results in each mind control session adding to the taming process.

It is advisable to use creatures that are slow, tanky, and that have a higher chance of surviving different situations since the Noglin will attempt to attack you with the creature.

Noglins prefer to mind control different creatures, so it is better that you bring multiple creatures for it to mind control, making the use of Cryopods necessary if you are to bring a lot of tames.

Each time the Noglin takes control of one of your tames, the taming process increases and once full, the little critter is yours to keep.

A Noglin can only be tamed by allowing it to mind control your tames, but after you have tamed it, it will eat meat like other carnivores.

There is no Noglin Saddle or other required item to be equipped for the Noglin, you can simply pick it up and it will hang on to your shoulder.

Noglins cannot be bred, which requires you to tame multiple ones or clone your current ones to get more of these creatures.

Noglins can be found running around the center part of the Corrupted Biome in the Genesis Part 2 map as well as a small river south of the center.

Searching around 59 – 27 as well as the areas around it will usually allow you to find Noglins but beware of the carnivorous plants around the area. 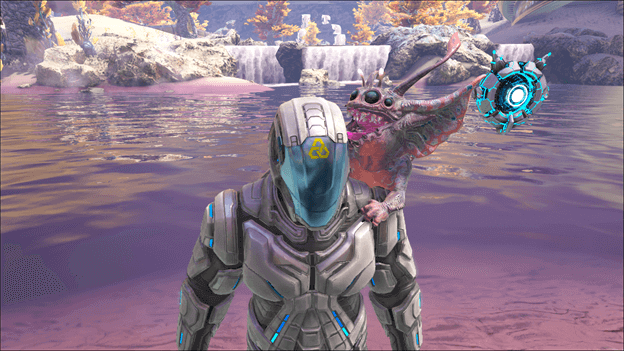 Noglins may not be the easiest creatures to find and this is because they are small, fast, and do not have a high spawn rate.

If you are lucky enough to find a Noglin, taming it should not be that hard as long as you have creatures that can easily tank the mind control sessions.

When a tribe or player has a Noglin or even a few of them, they have a large advantage, one that may turn the tides in any battle.