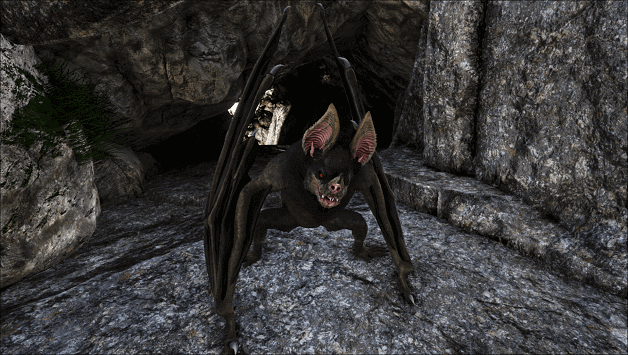 Awaiting its prey in the darkest parts of the caves, the Desmodus seeks to drain the blood of its victims who stumble into its territory.

These large bats are quite deadly in groups and when tamed, it makes an excellent flyer to get around any map in the game.

It can detect enemies using its echolocation and can even hide from plain sight during the night or when it’s latched to a surface. 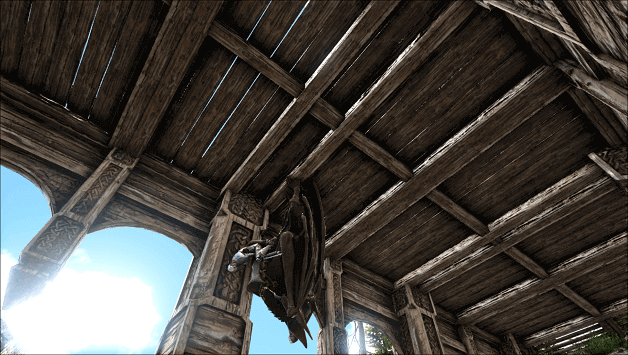 The Desmodus becomes invisible after a short delay (hold button to activate) when it is nighttime or if it is latched to any surface.

This allows both the Desmodus and the player riding it to become invisible for hiding or a stealth approach.

During the night the Desmodus can activate this ability but when latched, it can become invisible even during the day.

Using its echolocation, the Desmodus can spot enemies and allow the player riding it to know the whereabouts of nearby enemies.

This ability is activated by pressing and releasing the corresponding button/key which then causes the Desmodus to ping enemy locations.

You may use this effectively to check areas for enemies that are hiding or out of sight and may even use it when chasing down targets.

Press the following button and release it to activate the ability:

Holding the reload button/key will allow you to enable the Life Steal ability, which allows the Desmodus to steal blood from enemies that it attacks.

This will convert damage dealt by the Desmodus into Blood Packs (1 per 50 damage dealt) which will go into its inventory.

Using this allows you to gather a lot of Blood Packs which you can save to be used later on when needed and it also provides the Desmodus with food.

Hold the reload button/key to open the menu:

Holding the reload button/key will allow you to enable Night Vision, which turns your vision red and highlights enemies, allowing you to see slightly better at night.

This can be used when in very dark locations or when you want to easily spot your targets when you are searching for them or attacking them.

Hold the reload button/key to open the menu:

You can craft Sanguine Elixirs in the Desmodus’ inventory, which can later be used to speed up the taming process when you tame a creature by 30%.

Using Echolocation, the Desmodus is capable of tracking enemies, making it easier to find hidden enemies or to catch escaping targets.

With the Night Vision ability, the Desmodus is capable of seeing better in the dark and may see enemies clearer, making it easy to chase down enemies.

The Desmodus is quite fast and can be used as an all-around flyer when you need to make your way around the map.

Players who are mounted on the Desmodus can equip weapons and fire while flying or when it is latched, making it perfect for assaulting unaware enemies.

By enabling the Life Steal ability, you can gather a lot of Blood Packs when the Desmodus attacks, making it easier to stock up. 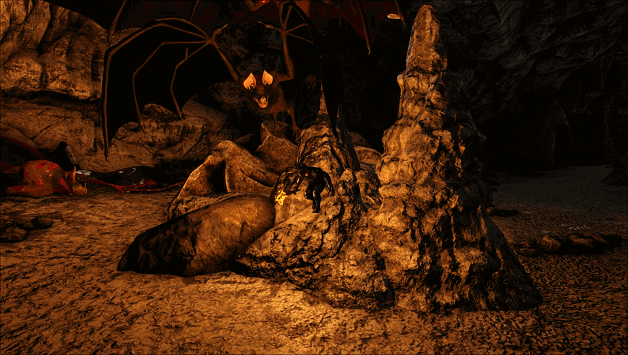 The Desmodus is a passive tame but it does take quite a toll when you attempt to do so, requiring that you allow it to feed on you or a tamed creature.

Before taming a Desmodus, be sure to kill off the other ones that you do not want to tame (preferable with a ranged weapon and using a Net Gun) as they will swarm you.

In order to tame the Desmodus, you will need to let it pick you up to your character or a tamed creature (must be an acceptable size) so it can feed.

The Desmodus will continuously drain your health or your tamed creature’s health unless your inventory has Blood Packs. (Same with tamed creature)

Instead of draining your health, the Desmodus will eat the Blood Pack, taming it in the process. (best to make sure you have 200 – 400 to be surely depending on level)

The Desmodus may drop you after feeding and will pick you up again to repeat the process until it is tamed.

Desmodus feeds on blood and will require Blood Packs in their inventory, which can easily be stocked by enabling the Life Steal ability.

The Life Steal ability will allow the Desmodus to generate Blood Packs when it deals damage, which goes straight into its inventory. 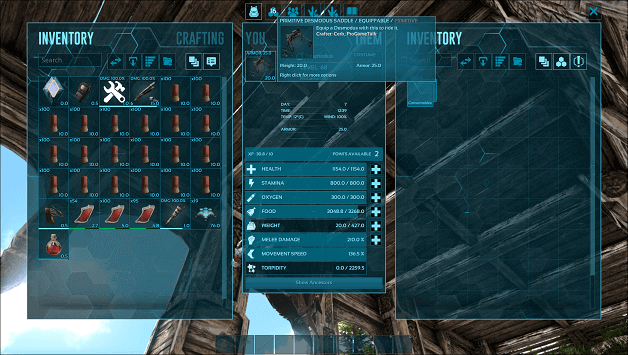 The Desmodus Saddle allows you to ride on its back and will also turn the player invisible when it uses its cloaking ability.

You can breed two Desmoduses and afterward, the female will drop a Fertilized Desmodus Egg which is distinguished by its light brown color with orange spots.

There is a cave located just behind a waterfall around Broken Meadows which is home to groups of Desmodus. (entrance at 37.6, 74.9)

Mount Doom Caverns is located on Balheimr and is home to wild creatures as well as a good number of Desmodus. (entrance at 90.7, 78.5)

On Bolbjord, you can find a cave called The Snakepit, which has a few Desmodus occasionally flying around which you can tame. (entrance at 49.3, 14.3) 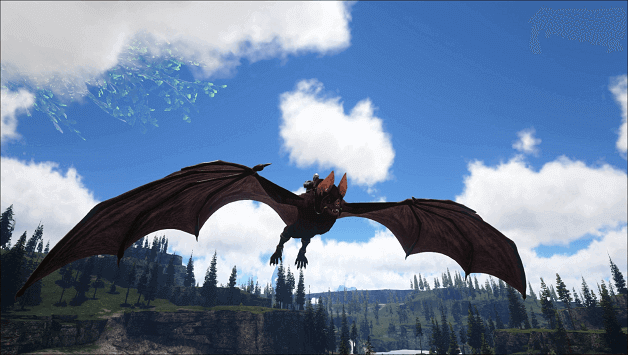 While the Desmodus may be quite a pain to tame earlier when you first start, it becomes much worth it later on when you plan on taming or breeding.

A good idea would be to occasionally make Blood Packs while you are doing other things so you can get yours later on. (or have a fat health tamed creature)

The Desmodus is great for those who plan to tame higher-level creatures as well as those who wish to breed for better results.