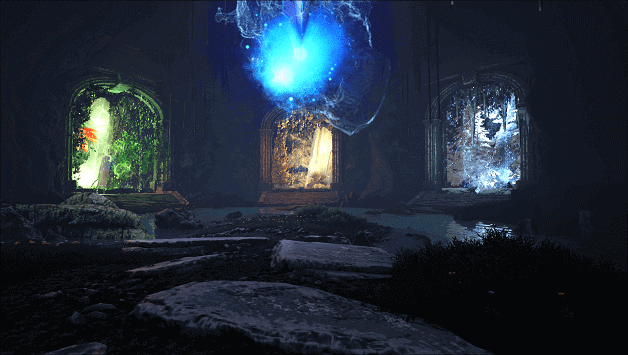 When Ark Fjordur was released, a whole new world was introduced and this included not just one realm, but also three others.

Just like with Norse mythology, there were different realms and Ark Fjordur embraced not only this but also other aspects as you will discover in the map itself.

If you are wondering how to travel between realms in Fjordur, it is a lot easier than anyone could expect which is also very convenient from a portal room.

What is The Portal Room?

The Portal Room, also known as The Hidden Worlds, is a large cave that contains 3 different portals that lead to each of the other realms in Fjordur.

These realms consist of Vanaheim, Asgard, and Jotunheim, each of them with different creatures and being a specific biome.

Players can head for the Portal Room when they need to search for specific bosses to fight as well as when they want to tame certain creatures or simply build bases.

How To Find Fjordur Portal Room? 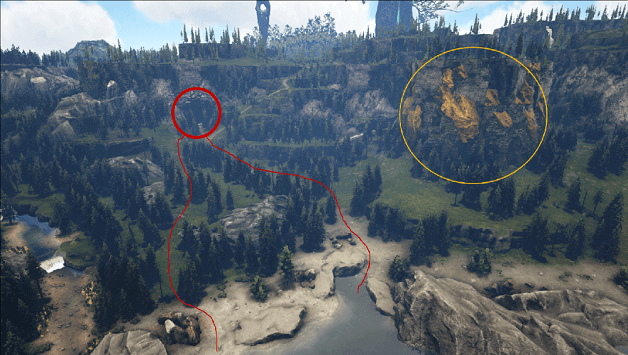 An easy way to find The Hidden Worlds cave is to face the mainland (Midgard) in Fjordur and look out for the mountain which appears to be covered in a gold-like metallic mineral.

From the gold-covered mountain, the Portal Cave is to the left but be sure to look for the larger one as there is another smaller cave that is dedicated to the map developers.

The entrance to the Fjordur Portal Cave is located at 40, 57.8 and you can easily spot it thanks to its large size as well as multiple paths leading to it.

How To Travel Between Realms?

To travel to another realm in Fjordur, you will need to enter the Portal Cave and approach the terminal of which realm you wish to travel to.

Interact with the terminal and there will be an option to summon a portal which will take up to 30 seconds before you and your creatures are teleported.

Once the timer is up, you will find yourself in whichever realm you have opened a portal to, with a terminal at your location if ever you want to head back.

There are three different realms that you can travel to when you are located in Midgard, each of them containing its biome with different creatures, some having bosses.

The land of the deadly Poison Wyverns, where you can find several of the torpor-inflicting creatures such as Beelzebufo and Titanoboa roaming.

This large and beautiful forest is full of many resources which are not easily found on the mainland and can be a great place to visit from time to time for collecting.

Vanaheim is also where players head if they are brave enough to steal Poison Wyvern eggs to hatch and raise as their own.

Probably one of the most relaxed areas in Fjordur and with a name similar to that of Norse Mythology, you could expect it to be a favorite among players.

Wide lands and several creatures to tame are scattered all around Asgard, which makes it a peaceful and easy place for most players to build in.

Asgard is also the home of Hati and Skoll who can be summoned and fought as a world boss for players who want to progress in Fjordur.

This is one of the more unforgiving realms in Fjordur not only due to the dangerous creatures that can be found but also the deadly weather that can kill you in seconds.

This freezing land may require that you wear your best fur armor, light some campfires and torches or even prepare some Fria Curry to keep yourself warm.

Jotunheim is home to one of the deadly world bosses, Steinbjorn, another enemy players need to defeat to progress through the map. 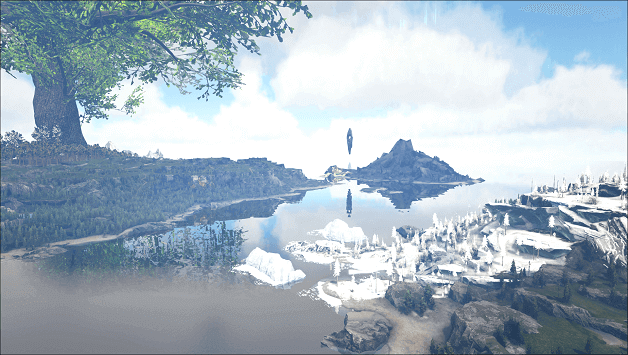 There is a lot to discover in Fjordur and if Midgard alone was not already big, the addition of the other realms gives players even more space for adventure.

Not all of the creatures can be found in a single realm, which may push players to travel to find specific ones they wish to tame.

Only by making use of The Hidden Worlds cave will players be able to fully venture towards the progression and eventually reach the Fjordur final boss.