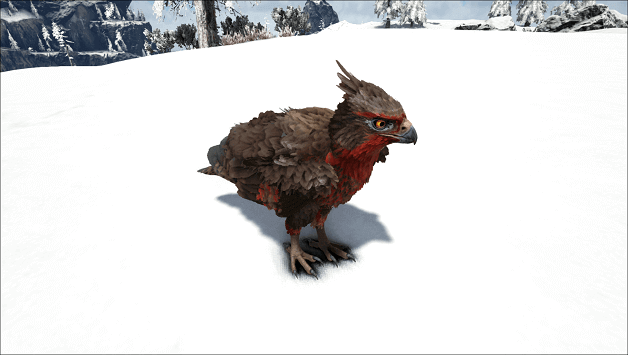 The Fjordhawk appears to be one of the more intimidating creatures for its size at first but this is later proven untrue once you earn its trust.

While these creatures are not the easiest to find in Fjordur, they make great companions that can be extremely helpful when the time comes.

Fjordhawks appear to prefer eating recently killed creatures as food and will follow you around in hopes to benefit from it. 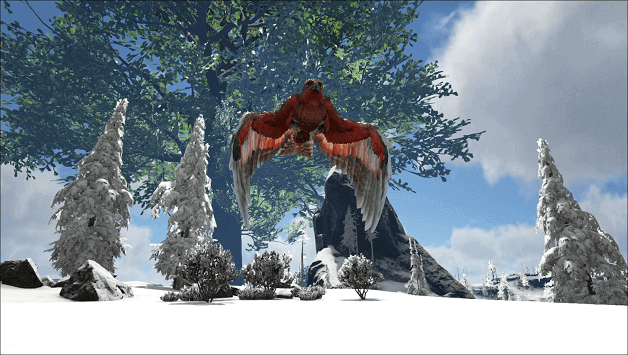 The Fjordhawk can detect wounded enemies and you will be able to view an icon that indicates where the enemy is located.

This is perfect for when you are hunting your prey and lose track of them, making it easy to pick up on their trail.

When a player or team’s inventory is dropped, the Fjordhawk will be able to detect it and you will see a marker showing the location.

This makes it perfect to easily loot enemy items when you cannot easily find their inventory after they have been killed.

The Fjordhawk is capable of retrieving a player’s items if they are killed and will carry them back to the player to avoid the need to search for them.

This becomes useful if players will have a hard time getting back to their inventory or if the trip is somewhat tiring.

The Fjordhawk’s ability to find wounded enemies makes it essential when you are in a fight or when you need to trace down a wounded enemy.

This will allow you to easily track and catch wounded prey, making it easier to take them down instead of looking all over the place for them.

Inventory can drop almost anywhere and it can sometimes be difficult, which is why the Fjordhawk’s ability to sense dropped loot is useful.

This makes it easier to find the inventory of enemies or creatures that you have recently killed and even helps you find loot of enemies who have died nearby.

If ever you have essential items on your body, it is possible for the Fjordhawk to safely bring them back to you which you will find in its inventory.

This makes it much easier to continue doing what you need to do ingame and will prevent unnecessary trips to fetch items and the probability of getting killed again.

Like any useful companion, the Fjordhawk may stay on your shoulder and will even attack enemies that get too close to you.

Aside from attacking, its many abilities give you several benefits as you travel and explore the many different locations on an Ark.

Unlike most creatures, the Fjordhawk is tamed in a different manner and does not even pose much of a threat when you attempt to do so.

Simply walk up to a Fjordhawk and it will begin to follow you around, flying around wherever you go as it will expect you to provide it with food.

All you have to do is kill creatures nearby and once it senses the corpses, it will approach and land on them to start eating the remains.

Continue providing the Fjordhawk with dead creatures and it will eventually be tamed but make sure to keep predators away and not accidentally kill them. 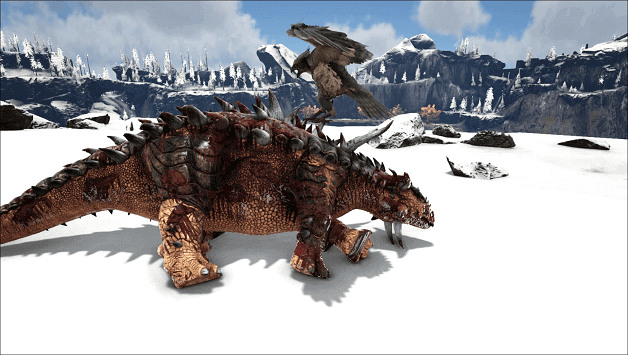 A Fjordhawk initially will only eat the corpses of slain creatures but once it is tamed, you can feed it different kinds of meat like any carnivorous creature.

The Fjordhawk does not have a saddle as it is a shoulder mount and will instead ride on your shoulder after you pick it up.

FJordhawks are capable of breeding and once a male and female Fjordhawk has mated, the female will produce a Fjordhawk Egg which will hatch a Baby Fjordhawk.

You can find some Fjordhawks around the Snaerheimr Mountains but be sure to wear equipment that protects you from the cold weather. (Roughly 9.5, 26.8)

Some Fjordhawks can be found nearby a river in the Snaerhemr Mountains along with several creatures you can kill. (Roughly 17.8, 34.2)

Another Fjordhawk spawn location is along the river flowing in Vardiland but you should beware of other predators that are in the area. (Roughly 77.2, 38.9) 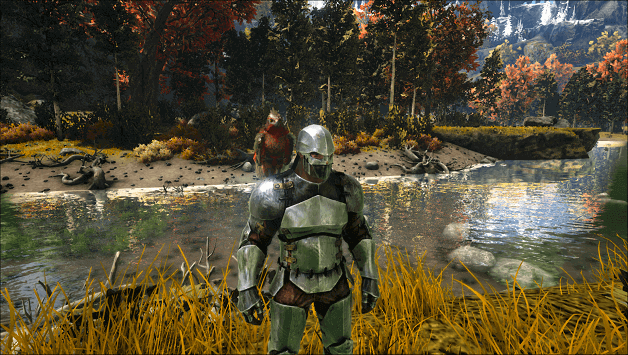 While the Fjordhawk does seem to be a simple creature, it offers several benefits for those who like to track enemies and find loot.

This flying companion is a perfect tame for those who prefer to venture outward and hunt unsuspecting victims.

It may take some time to tame this creature but the methods are easy and later on very much worth the trouble.