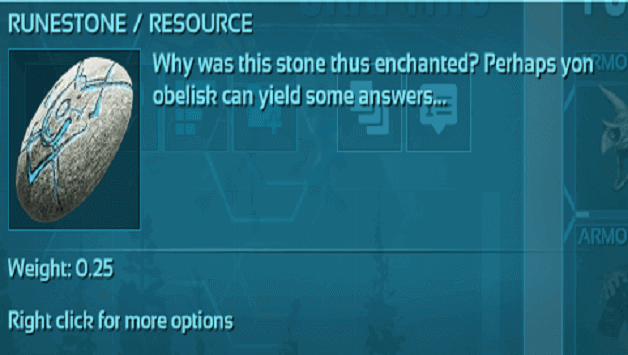 “Why was this stone thus enchanted? Perhaps yon obelisk can yield some answers…”

Like in most newly introduced maps, we mostly stumbled upon a new item or resource which is later very important as we play.

The Runestone, which is a new item categorized as a resource is no exception as this is very important in the progression on the Fjordur map.

If you plan on defeating the bosses later on and moving towards fighting the final boss in Fjordur, you will need a good amount of Runestones to proceed.

What are Runestones For?

Runestones are needed to summon the Fjordur World Bosses (some players just call them mini-bosses) which then allow you to progress to the Ark Bosses.

These World Bosses are known as Beyla, Steinbjorn along with the twins Hati and Skoll, who each need 30 Runestones for you to start a battle with them.

Since you will eventually be going for Gamma, Beta, and Alpha difficulties, this will require you to collect even more Runestones before or as you go along with the fights.

How To Get Runestones? 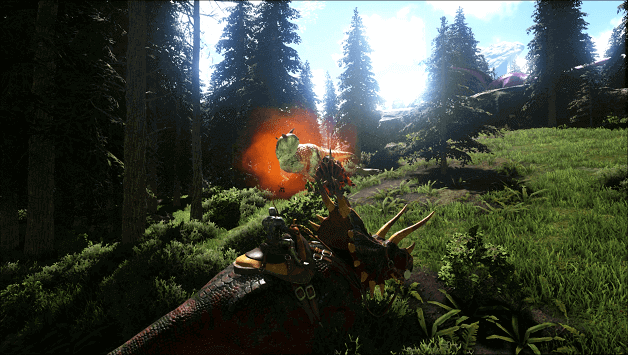 You may have some trouble at first when it comes to farming Runestones because they can only be obtained by killing Alpha Creatures.

Looking for the Alpha Creatures to farm Runestones is not so hard as there tend to be several of them scattered all around Fjordur which makes it even harder for new players.

Once you have settled in on the map and have a pretty decent tamed creature to use, killing them should not be too hard later on.

Depending on what Alpha Creature you kill, Runestones should appear in your inventory afterward along with any other loot it drops.

How To Use Runestones?

Runestones act similar to tribute but are only for the Fjordur World Bosses, so you simply need to put them in a terminal and summon the boss.

Summoning a boss will immediately consume the number of Runestones required (which is 30 for every boss) and a portal will begin to open to teleport you.

Be sure to take back any excess Runestones as they may be left in the terminal, allowing anyone to take them if you forget to come back to grab them.

The best way to farm Runestones is to make sure you have a powerful tamed creature and this would be even better if you have bred them with imprinting bonuses.

With your tamed creatures, hunt down the Alphas and kill them but be careful if there are more than one as they can become stronger and harder to kill due to buffs.

Another good way is to set up your base or outposts to have several turrets to help you kill the Alpha Creatures and loot them afterward.

Using strong creatures is by far the best way to avoid any damage to your base and this provides them with good experience for leveling up.