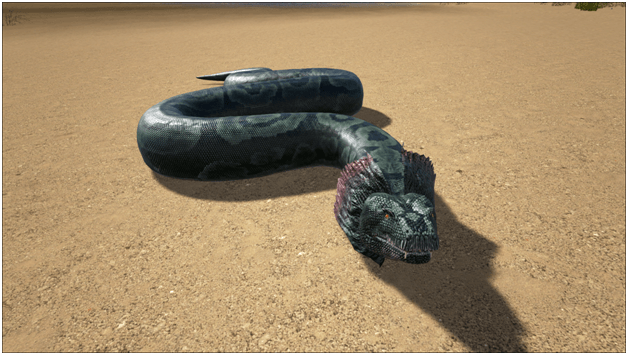 Titanoboa Exornantur is an aggressive carnivore that was first seen during the Pliocene Epoch.

It has a limbless but long and thick body that can easily be compared to modern pythons or snakes but scaled to a much larger size.

The Titanoboa in the wild is an aggressive creature that will usually attack defenseless creatures in its area rather than its predatory competition where it can be found.

Titanoboa will not usually attack survivors the moment they notice them but eventually if they wander too close, this creature will tend to turn them into a snack..

Tribes have learned to tame Titanoboas and have begun to use them for their ability to tranquilize their victims, using them for taming other creatures or knocking out trespassers. 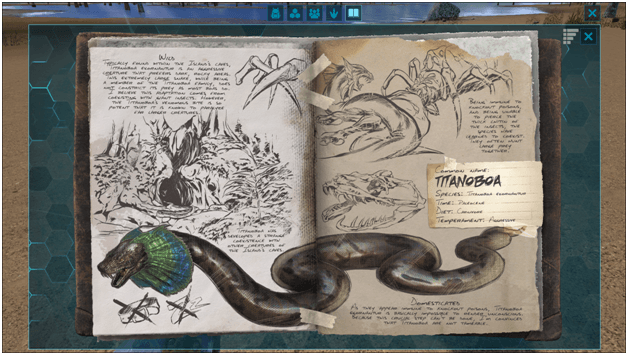 Usually found in caves or swamp areas, these creatures are feared not just for their immense size but also for their potent venomous bites that have been seen to render even large creatures unconscious

Some creatures of the island have a natural immunity to poison mainly the insects, making it a natural reaction for the Titanoboa to coexist with said creatures.

Due to their intimidating physique, dangerous nature and immunity to even the strongest tranquilizers,  most tribes would deem these creatures as untameable or not worth the risk of being tamed. 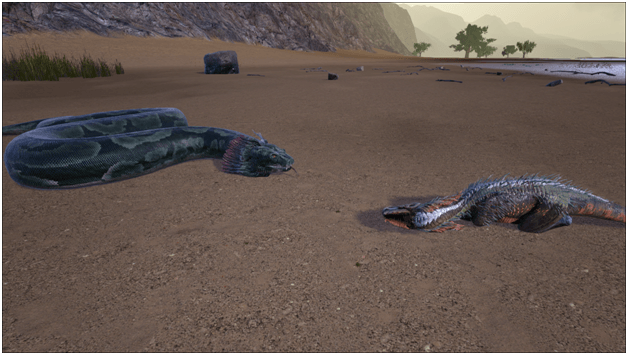 A Titanoboa’s attacks have a certain venom in them that inflicts torpor on its victims, causing them to eventually become knocked out if overwhelmed by the venom.

A Titanoboa is capable of putting creatures to sleep with its venom and has even been seen to take out creatures much larger than it in size, making it useful for assisting with taming other creatures.

Titanoboas can be kept around to fight off any creatures or survivors that may infiltrate a tribe’s base, most likely knocking them out in the process.

How to Tame Titanoboa? 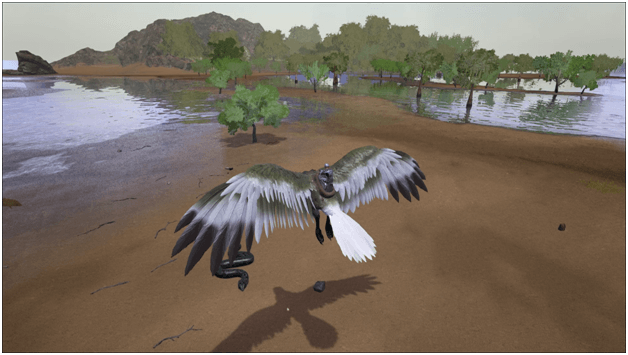 Titanoboas are dangerous creatures and are passively tamed, meaning you must be very careful when attempting to do so.

To easily tame a Titanoboa, you can simply fly over one and drop fertilized eggs from your inventory which it will eat in order to be tamed.

They will only eat fertilized eggs that survivors drop which means that only eggs from dropped from your inventory (not your mounts inventory) will be eaten to allow the taming to progress.

Making a trap to transfer the Titanoboa in is also viable but not always required when taming one.

After being tamed, Titanboas will eat normal eggs instead of requiring fertilized ones to be provided.

Titanboas can not be ridden but can be kept around to guard bases or accompany survivors when taming other creatures or hunting enemies.

The Titanoboa currently cannot be bred which means that in order to have multiple numbers of these creatures, they must be tamed one by one. 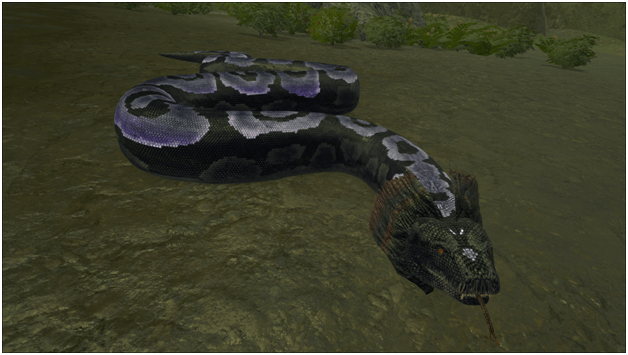 Aberrant Titanoboa only spawn in the Aberration and Valguero maps.

Titanoboa are usually found living in caves or seen roaming around swamps.

Maps where there are Titanoboa:

The following are spawn maps where the Titanoboa can be found 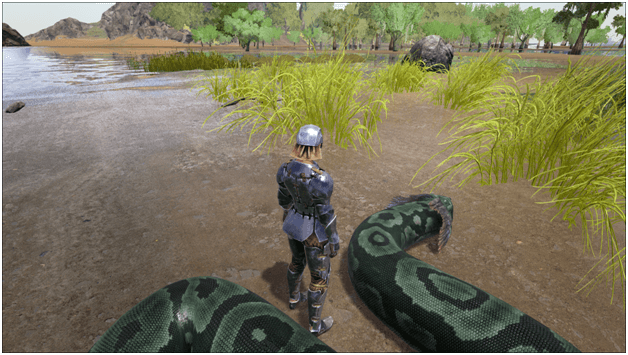 While these creatures appear to be beautiful and exotic from their appearance, they also hold deadly features such as their powerful bite and dangerous toxin that can knock creatures and survivors out over time.

Tribes have been able to utilize the Titanoboa for defending settlements or bases, causing invaders to be knocked out and giving the tribe the chance to decide what to do with such trespassers.

Although these creatures are quite rare to find due to their preference of biomes, these are hunted for their prime meat and venom.