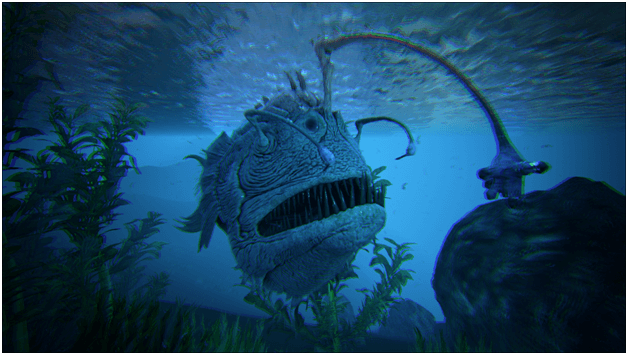 The Melanocetus Anglerpescum is a carnivorous sea creature that was first seen during the early Cretaceous to Holocene period which has an aggressive temperament.

This creature swims around with a light that can light even the darkest of underwater areas which it tends to use to attract its prey.

Once they spot a survivor or other tames, the Angler fish will attempt to approach from a long distance and eventually attack but will flee if it is harmed.

Survivors have learned to utilize this creature as a scout and a collector of Silica Pearls which it is capable of efficiently collecting. 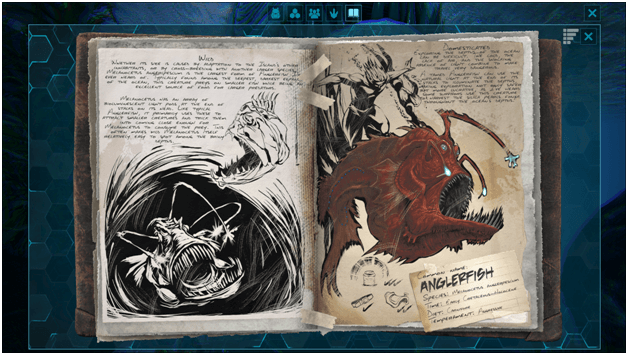 This breed of Anglerfish is the largest that has ever been seen, being larger than humans and other creatures.

The Anglerfish usually uses its bioluminescent light pods to attract its prey which it then takes a bite out of when in range.

Its ability to illuminate areas make it a great underwater creature for exploring as this goes well with its fast speed, making exploring relatively easy.

Some survivors are known to make use of the Anglerfish’s ability to collect Silica Pearls that are scattered throughout the ocean at large quantities. 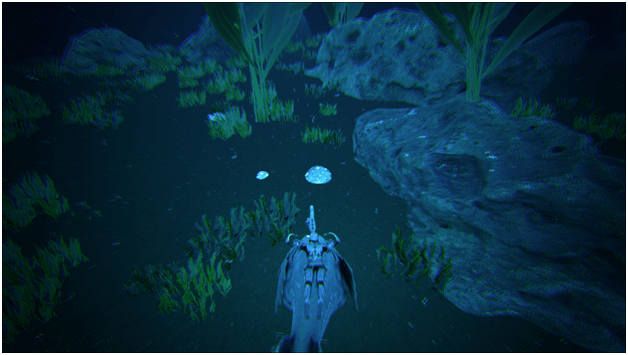 When needed, the Anglerfish will automatically activate its bioluminescent pods to light up an area around it, providing vision in the darkest of areas.

The Anglerfish is capable of harvesting Silica Pearls from the bottom of the ocean which grants a larger amount than what humans can collect.

The Anglerfish is a top choice for those who wish to collect large amounts of Silica Pearls and is a valuable asset to tribes that wish to advance with technology.

With its fast speed and light to help with seeing in the dark, the Anglerfish makes a great scout for exploring underwater.

How to Tame Anglerfish? 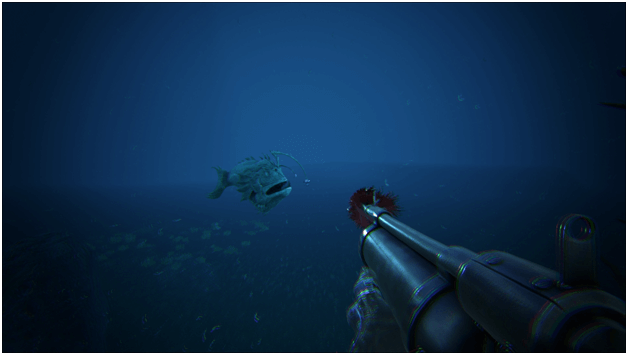 While the Anglerfish may be aggressive, it is very easy to tame as you can easily outswim it and you will simply need to use tranquilizing weapons that work underwater.

The Anglerfish does not have a saddle and can be ridden once it has been tamed. 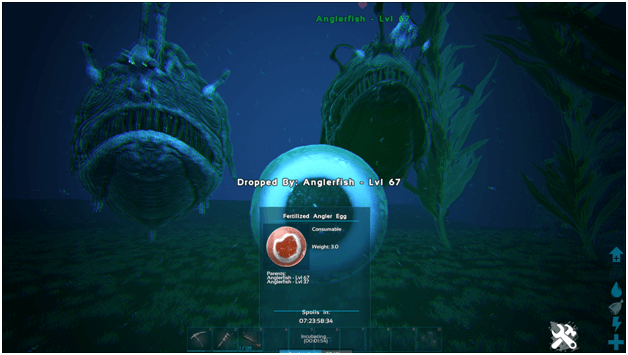 An Anglerfish will drop a Fertilized Anglerfish Egg after mating that will remain in the water, identified by its red color. 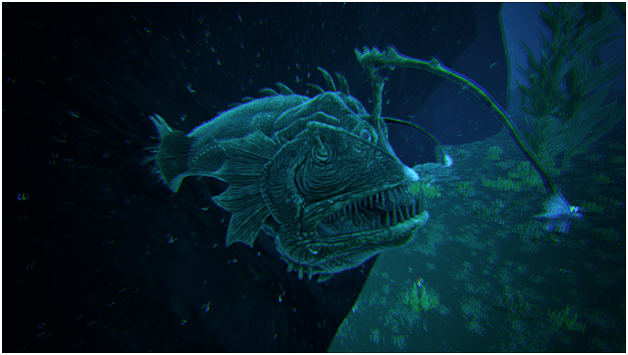 The Aberrant Anglerfish can be found in the Aberration and Valguero maps.

Anglerfish can usually be found wandering in different locations on different maps, mainly in forests and jungles.

Maps where the Anglerfish spawns:

The following are spawn maps where the Anglerfish can be found 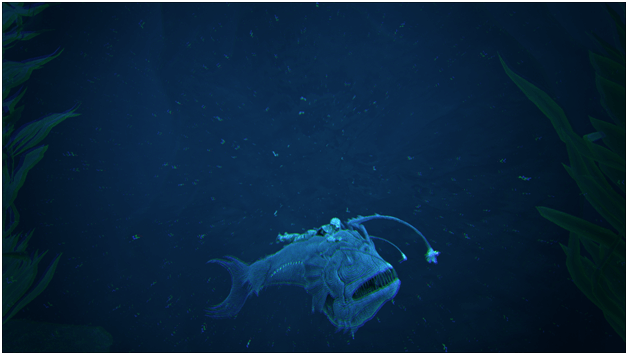 As strange as these creatures may seem to be, they are indeed very fascinating and are capable of doing much more than what is expected of them.

The light that can be produced by the Anglerfish is great for exploring as well as baiting enemies into traps.

Tribes consider the Anglerfish a must have creature due to its ability to gather Silica Pearls at a very efficient rate.

How to Make Fria Curry in ARK